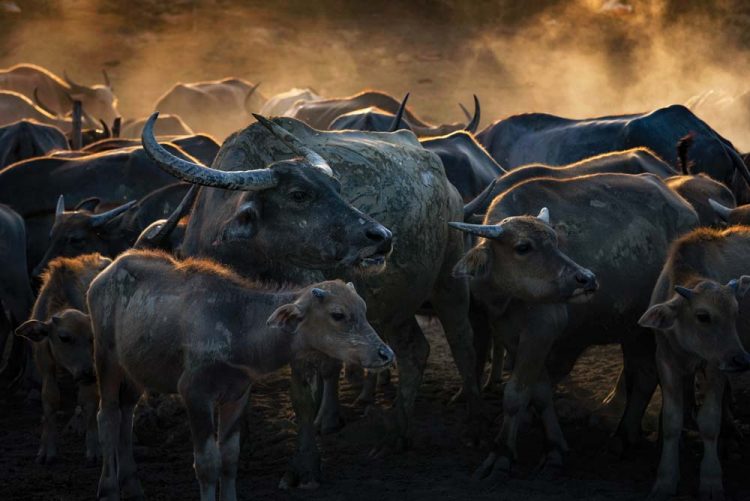 Three apprehensive expats surrounded a buffalo in a village outside Luang Prabang, their eyes fixed on the docile beast. It was 2014, and they had a hunch that a huge resource was going entirely untapped in Laos. Thirty-five villagers – as well as the buffalo’s nervous owner, Mr Eh – had congregated to witness something they’d never seen before. The crazy foreigners were going to milk a buffalo.

The flat-packed Chinese milking machine had been painstakingly assembled and hooked up to the buffalo. As the crowd held their breath, they switched it on. Nothing happened. A sleepless night followed. But on the second day, although most of the villagers had dispersed, the falang struck milk. This ‘Aha’ moment marked the start of a most unusual business venture amongst the teak trees and jagged palms of Laos. 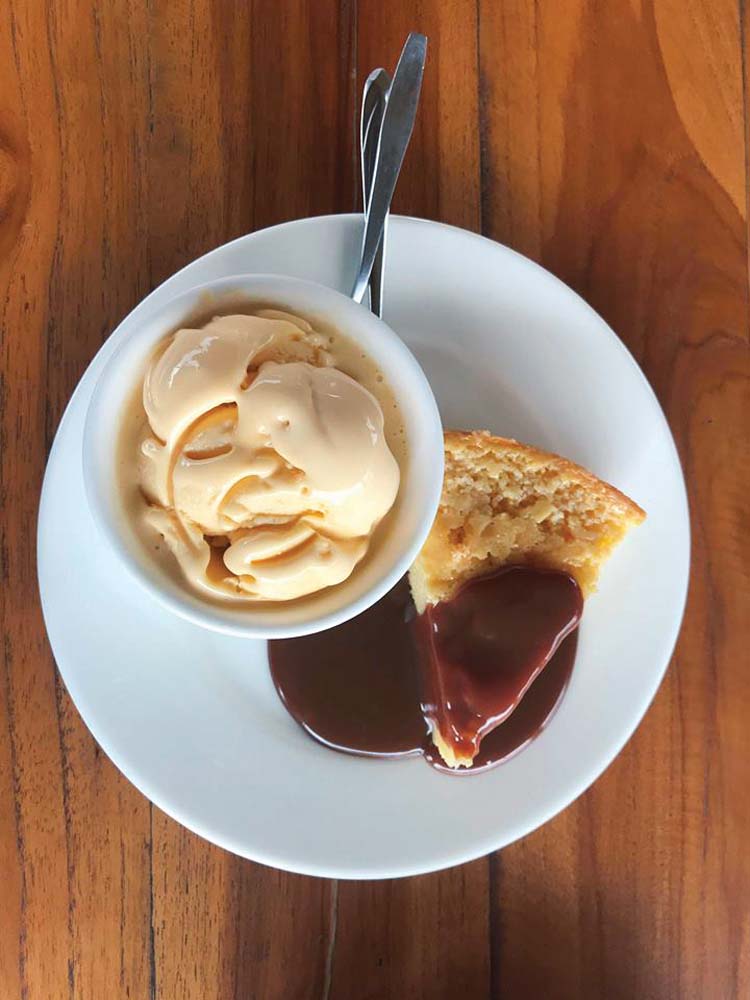 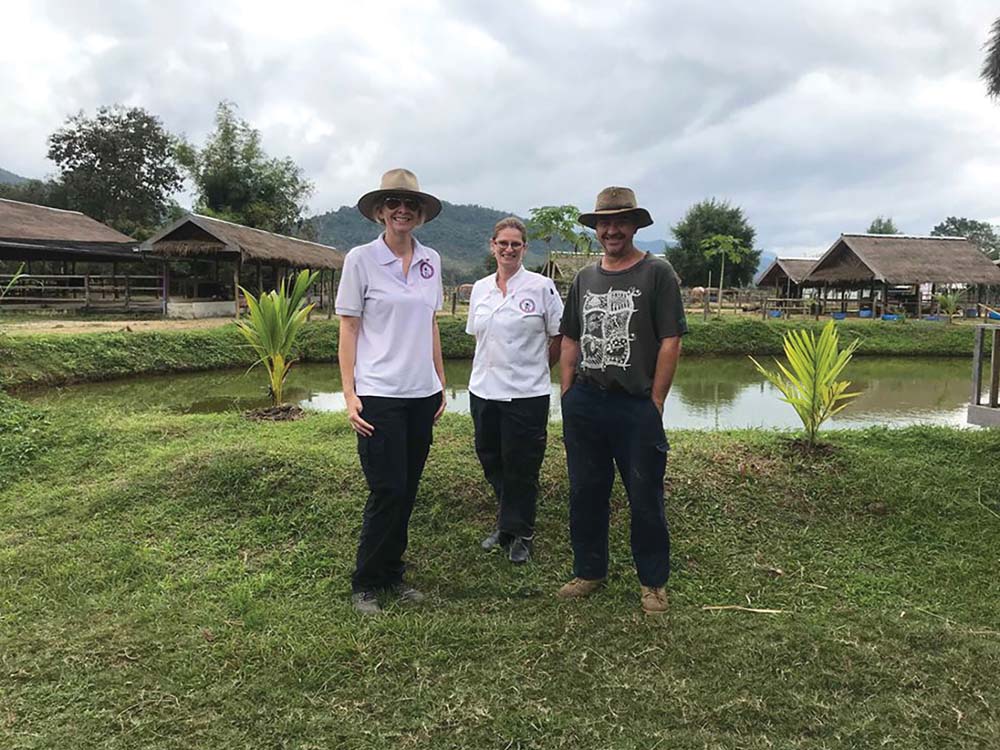 Years earlier, Aussie expat Susie Martin and New York-born chef Rachel O’Shea were holidaying in Sri Lanka, taking a break from the high-flying corporate scene in Singapore. Their shared ardour for cheese led them to a bowl of buffalo curd: a creamy yoghurt with a mellow tang. Yet on a later trip to Luang Prabang, their requests for this curd were met with shrugs. If they wanted curd in Laos, they’d joked, they would have to milk the buffalo themselves.

Skip to 2014 and O’Shea, Martin and her husband Steven McWhirter were raring for adventure. Shrugging off their former careers, they opened a guesthouse in Luang Prabang, having fallen for its UNESCO-crowned old world ambience. There was a vague notion that hotel ownership could be their next step. But, more than anything, Martin emphasises with a wry chuckle, this move to Laos was supposed to be a year out; their communal “mid-life crisis”. None of them – even in their most feverish dreams – would have envisioned a future spent running a buffalo dairy in a country where many believe milk comes from fruit. 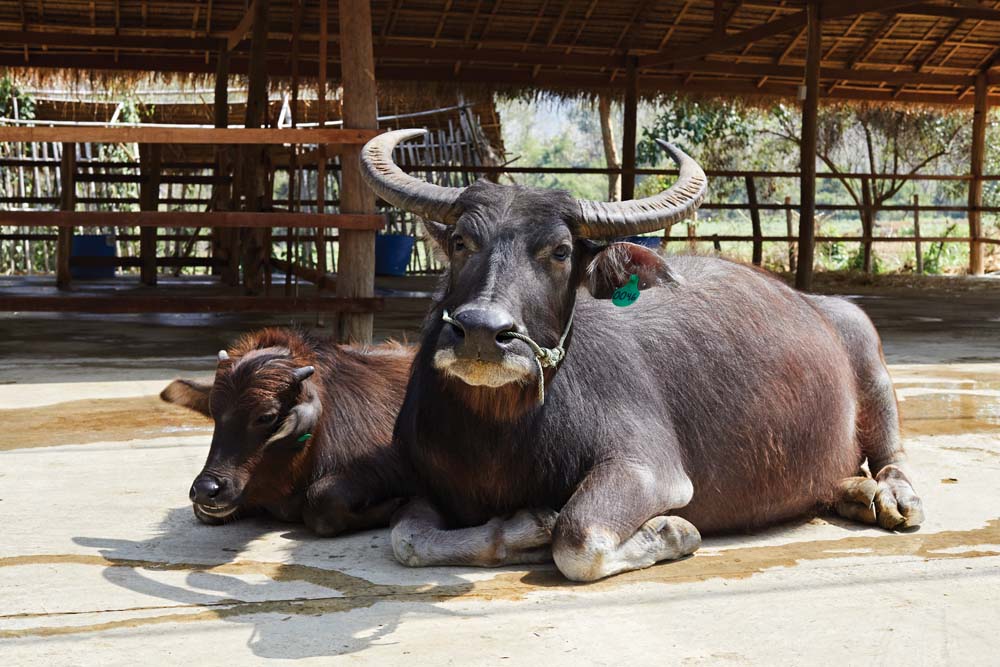 But in Luang Prabang, buffalo were never far away, and the idea that these unassuming creatures held the key to a brand new industry in Laos blossomed.

After a few hiccups and a successful milking trial, they set about building Laos Buffalo Dairy on the outskirts of Luang Prabang. Vitally, they planned to rent buffalo from local farmers to deliver an extra income stream for struggling communities. But first they had to convince the farmers.

“Dairy was a completely unknown industry in Laos,” explains Martin, the dairy’s CEO. Sitting in the farm’s bamboo cafe in an Akubra hat and aviators, she regularly breaks off to wave “Sabaidee” (hello) to local children arriving for the English language classes held onsite. “You want to say: ‘It really happens, nearly everywhere else’, but they’re looking at me like I’ve got horns growing out of my head!”

Somehow, they convinced a handful of farmers to lease their buffalo. “Once you have that trust, you don’t want to lose it,” Martin says. “Buffalos are a walking insurance policy here; losing one is like having your bank account emptied.” At first, the farm held five buffalos. As farmers saw their peers making money through the scheme, and trust in the dairy grew – or, as Martin puts it, “they didn’t think we were going to barbeque their buffalo any more” – this number rose. There’s currently 75 to 100 buffalo on the farm at any one time, hailing from 200 farms across 20 villages. 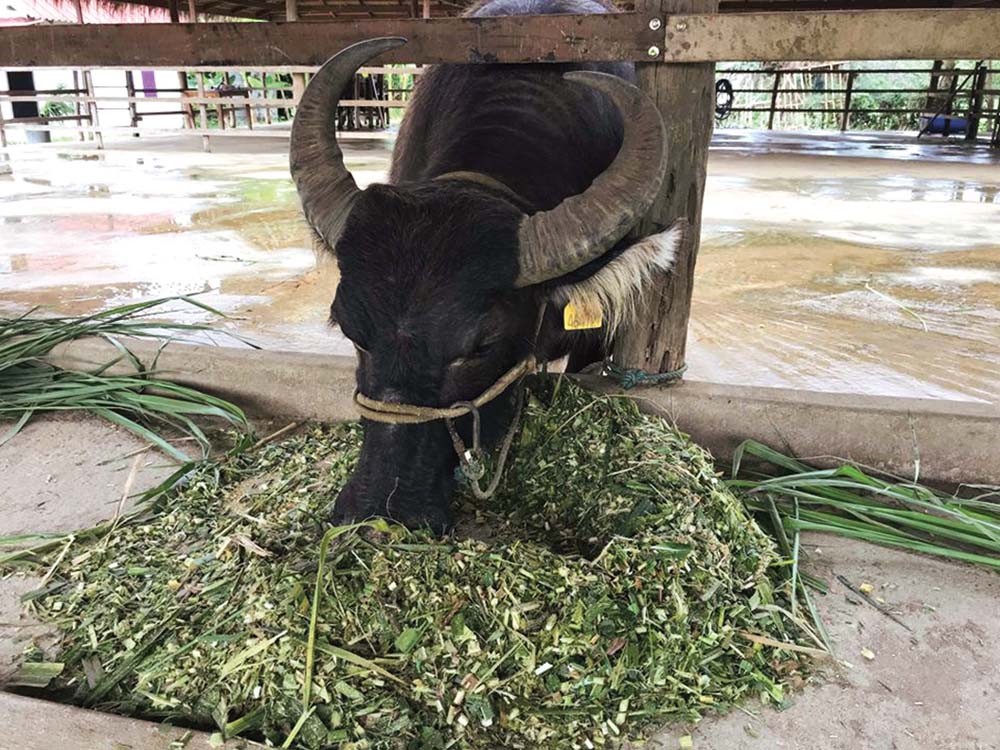 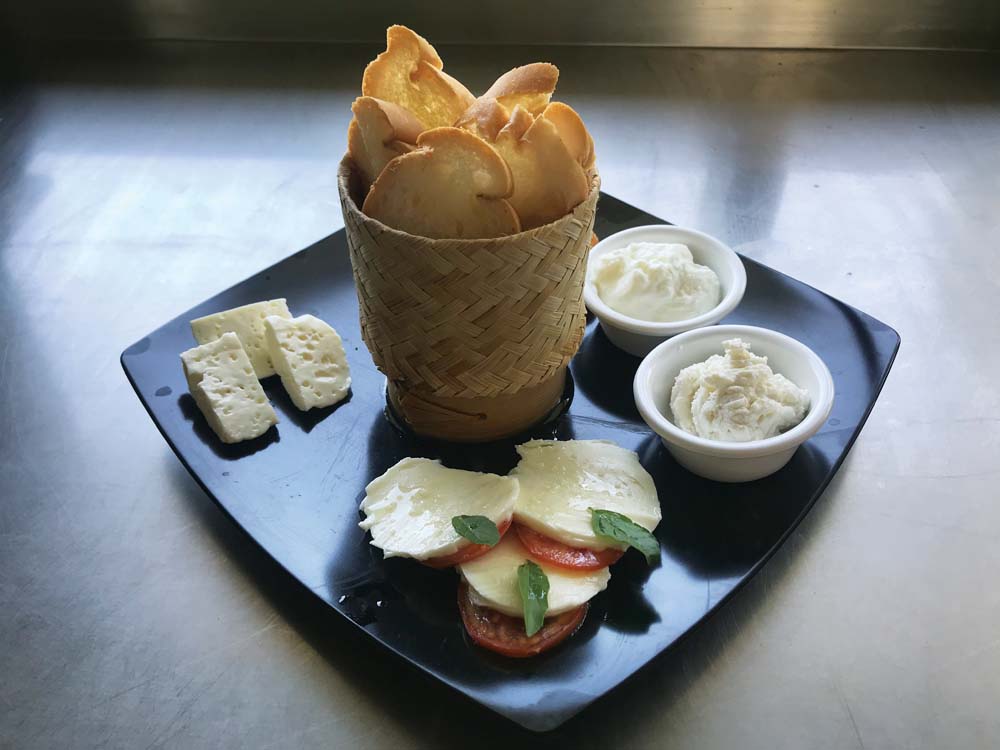 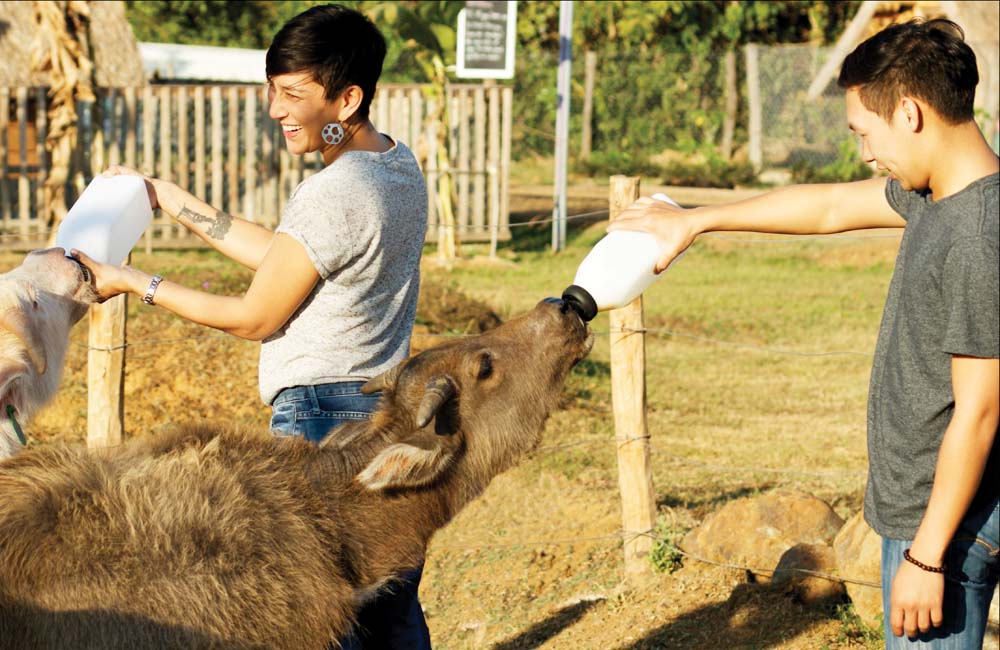 Martin admits that developing the dairy’s ethical milking system, which sees individual farmers earn US$100 per buffalo, equivalent to a month’s salary in rural Laos – has been “a learning curve”. But judging by the cafe’s sumptuous menu, it’s been worth it. O’Shea, the affable head chef, has concocted dreamy recipes: feta, mozzarella, ricotta, and natural yoghurt. There’s cheesecake dripping with syrup, and Bailey’s ice cream. The farm sells these luxury products to upscale hotels and restaurants in Luang Prabang and Vientiane. The appeal for dairy-starved tourists is obvious.

The farm is also striving to encourage local dairy consumption. Forty percent of Lao children are malnourished by the age of two. To help tackle this, the dairy is training villagers to milk buffalo and safely consume the milk with rice. Buffalo milk is calcium-rich, contains 9 per cent fat, and is more palatable for those with lactose intolerance than cow’s milk. “They are starting to have more dairy,” Martin says, “just not in the way you’d expect – not a glass of milk.”

Exports to Asian countries – traditionally dairy-averse – represent a major opportunity for Laos Buffalo Dairy. The farm recently waved off 200kg of cheese to Japan: a triumphant trial immediately followed by a huge order. Susie explains: “Asia has started to get an appetite for dairy.” Exporting from Laos – at the centre of the ASEAN economic community – is about to get easier, too. The US$6 billion Laos-China trainline will stop in Luang Prabang by 2020, and eventually extend as far south as Singapore. 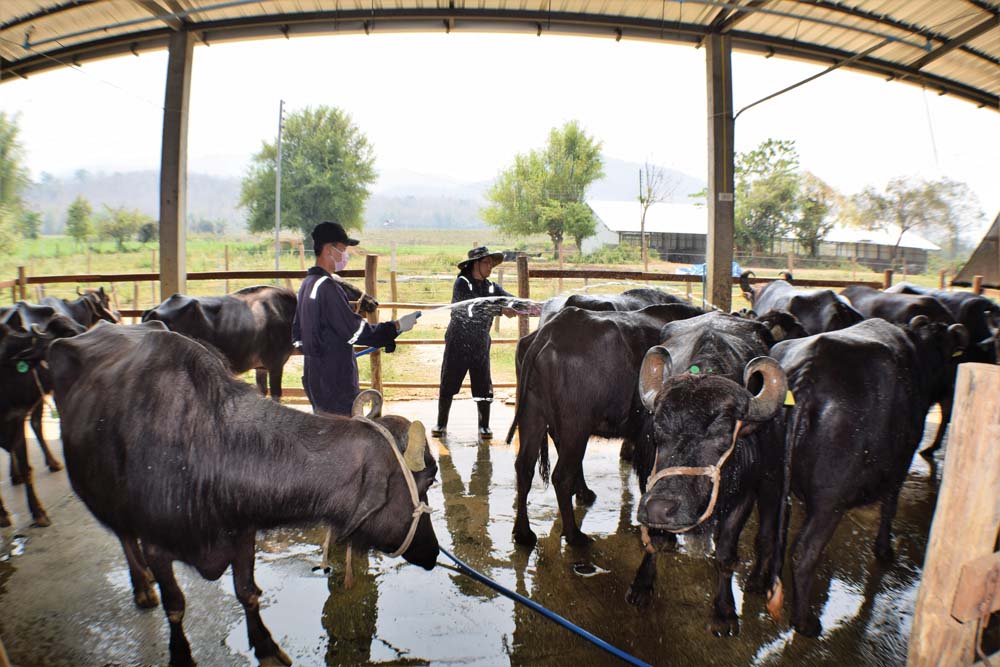 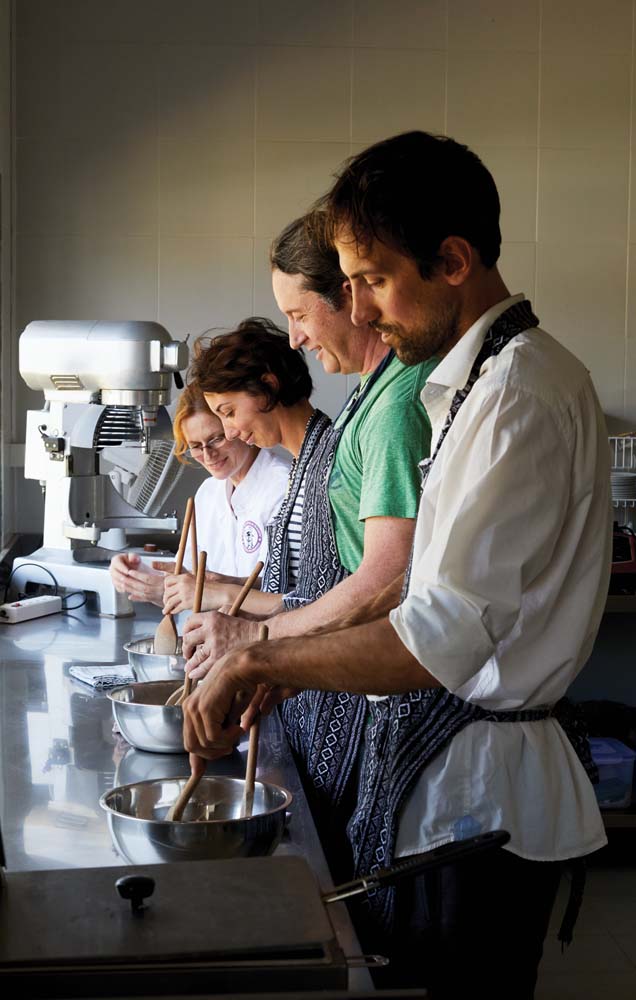 The burgeoning Southeast Asian dairy industry has seemingly tremendous potential. In 2017, industry analyst CLAL dubbed the region – including China and Japan – “the most important area for the trade of dairy products”. Three per cent year-on-year market growth is projected until 2020. According to CLAL research, the region absorbed 41 per cent of the world’s dairy imports in 2017, largely because it can’t produce enough milk to meet demand. In 2016, domestic raw milk production satisfied just 75 per cent of national dairy needs.

“For the next ten years, we believe that the import of dairy products should increase, since consumers’ demand should grow,” explains Francesco Branchi of CLAL. “The consumer is becoming more and more attentive to his social status and his well-being, and dairy products can be an answer to these growing needs.”

Although nascent, Laos’ dairy industry is on the up, and pioneering enterprises like Laos Buffalo Dairy are catering to growing demand. At its launch, it was the nation’s only dairy of any kind, but over the past three years has been joined by a smattering of others. Ideally, Martin explains, they’d reproduce the model in new locations across Laos, and in other nations with similar challenges. But first, their grand aims include renting 400 buffalo a year, and extending their nutrition programme to more villages. “The more the farm grows,” she says, “the more we’re putting back into the communities.”