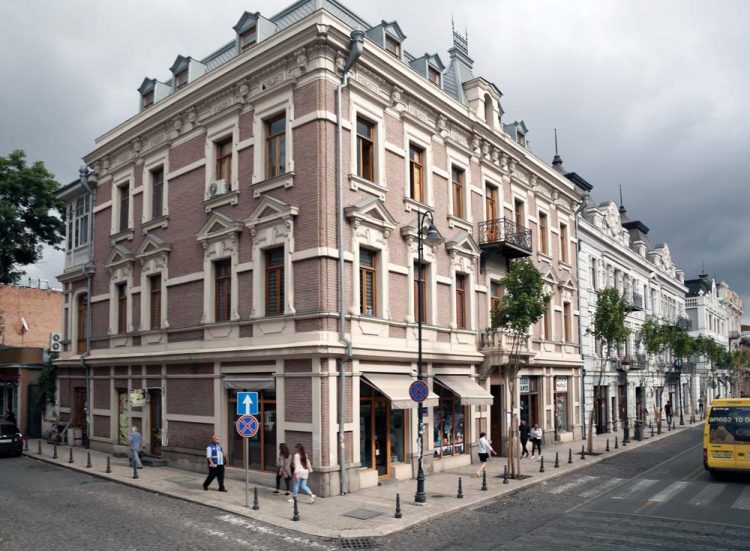 Descending from the pool at the top of the Radisson Blu Iveria in Tbilisi, a man wearing various ID and security passes around his neck steps into the lift looking like he has somewhere to be. A quick glance at his chest reveals his job title: assistant director for Fast & Furious 9, the latest movie in the muscle-car franchise.

A few hundred kilometres away, high up in a cosy stone monastery called Motsameta on a bluff overlooking an emerald green valley, a bearded monk’s black robe fans out behind him. He, too, has somewhere to be: in this case, a baptism for a local family’s young child. 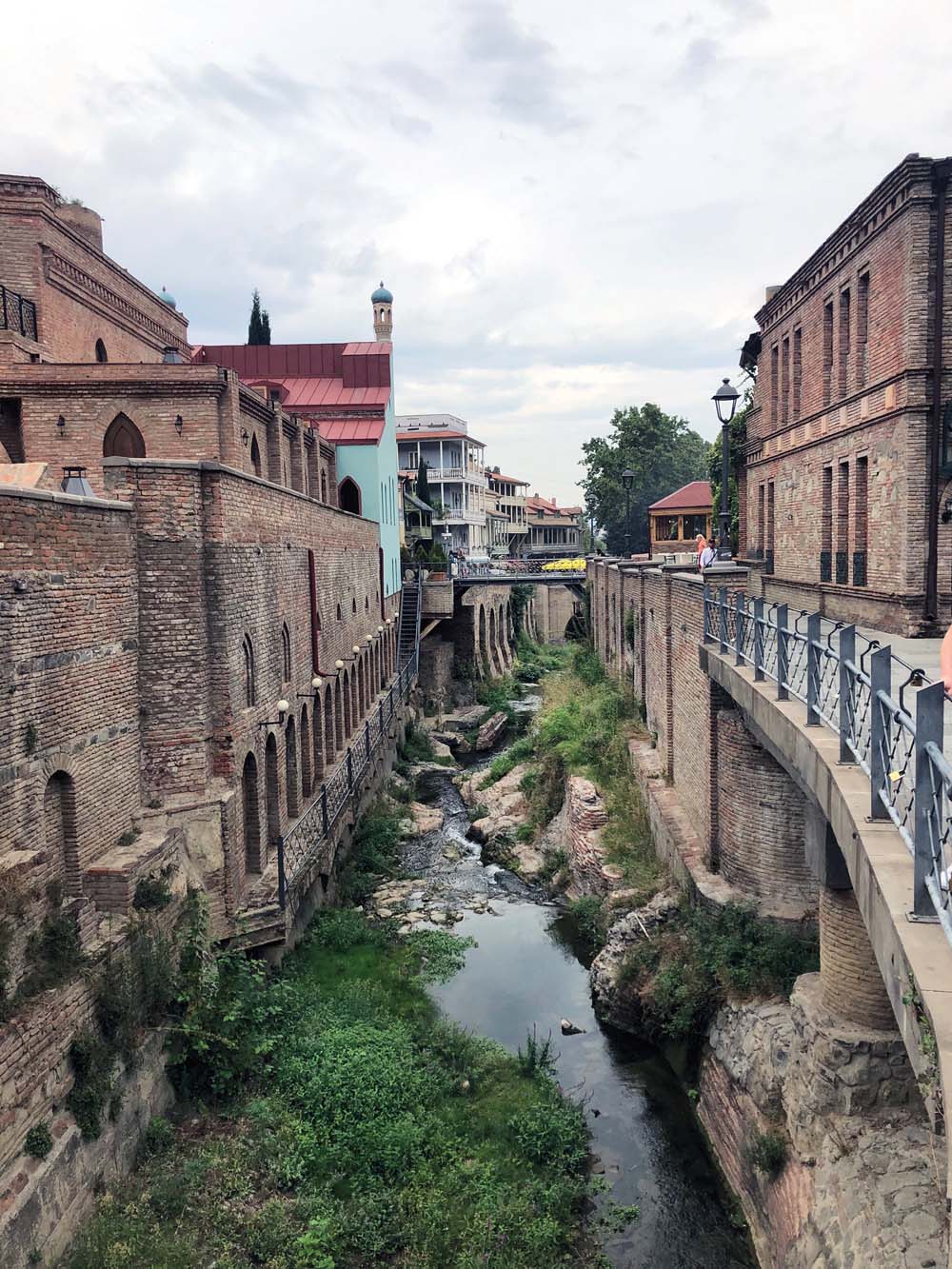 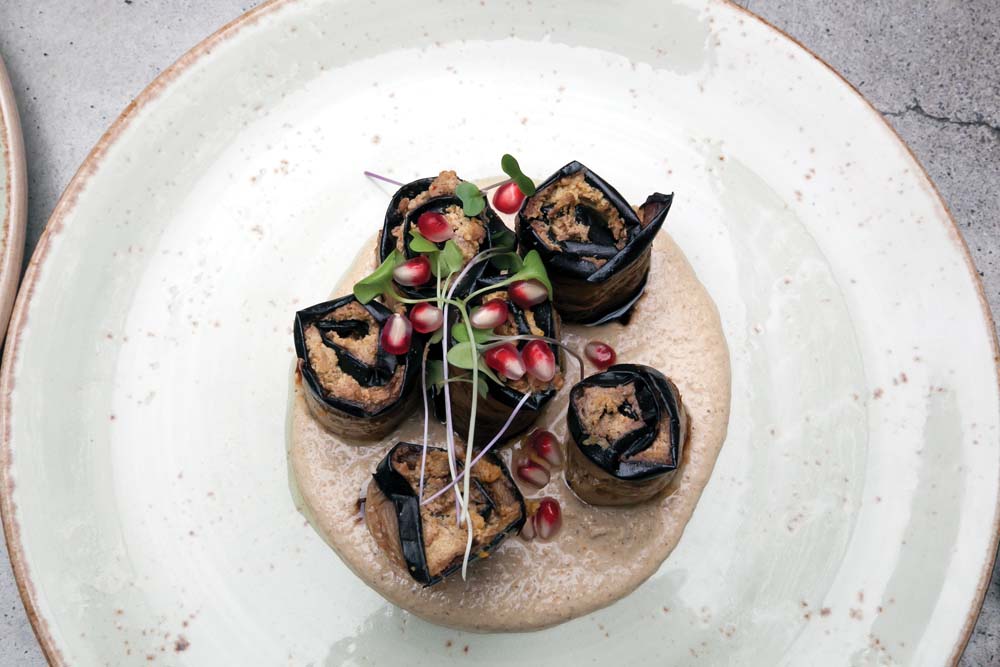 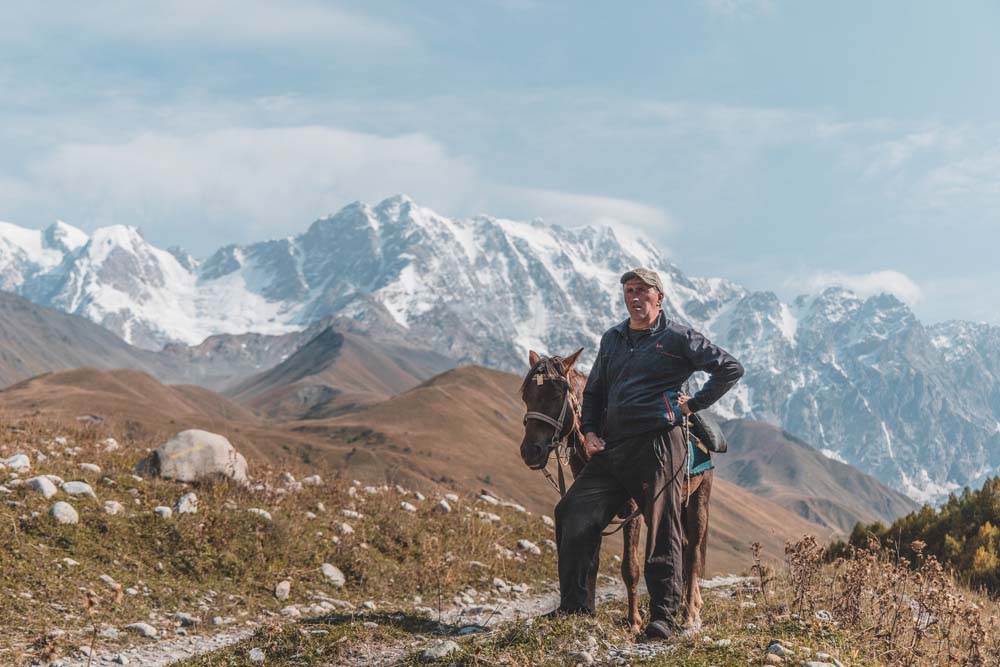 An exciting blend of the new and old is one of the many charms of Georgia. For the Hollywood director, the country’s appeal is mostly pragmatic: it is typically a major undertaking to commandeer a city’s main high street for two weeks –with screeds of permissions and approvals required – but in the capital, things have gone pretty smoothly.

“I think they saw what happened with Prague and Budapest,” he says. “They’re aware of the positive effect a movie can create around the world.”

In the heart of Tbilisi’s bustling commercial and business district, filming for the car-centric action flick is taking place across the street on Rustaveli Avenue. The capital’s central thoroughfare is normally packed with pedestrians, but now a fleet of military-style trucks and Dodge Chargers fill the square. A helicopter whirrs overhead, with cameras capturing each drift and wheelspin. 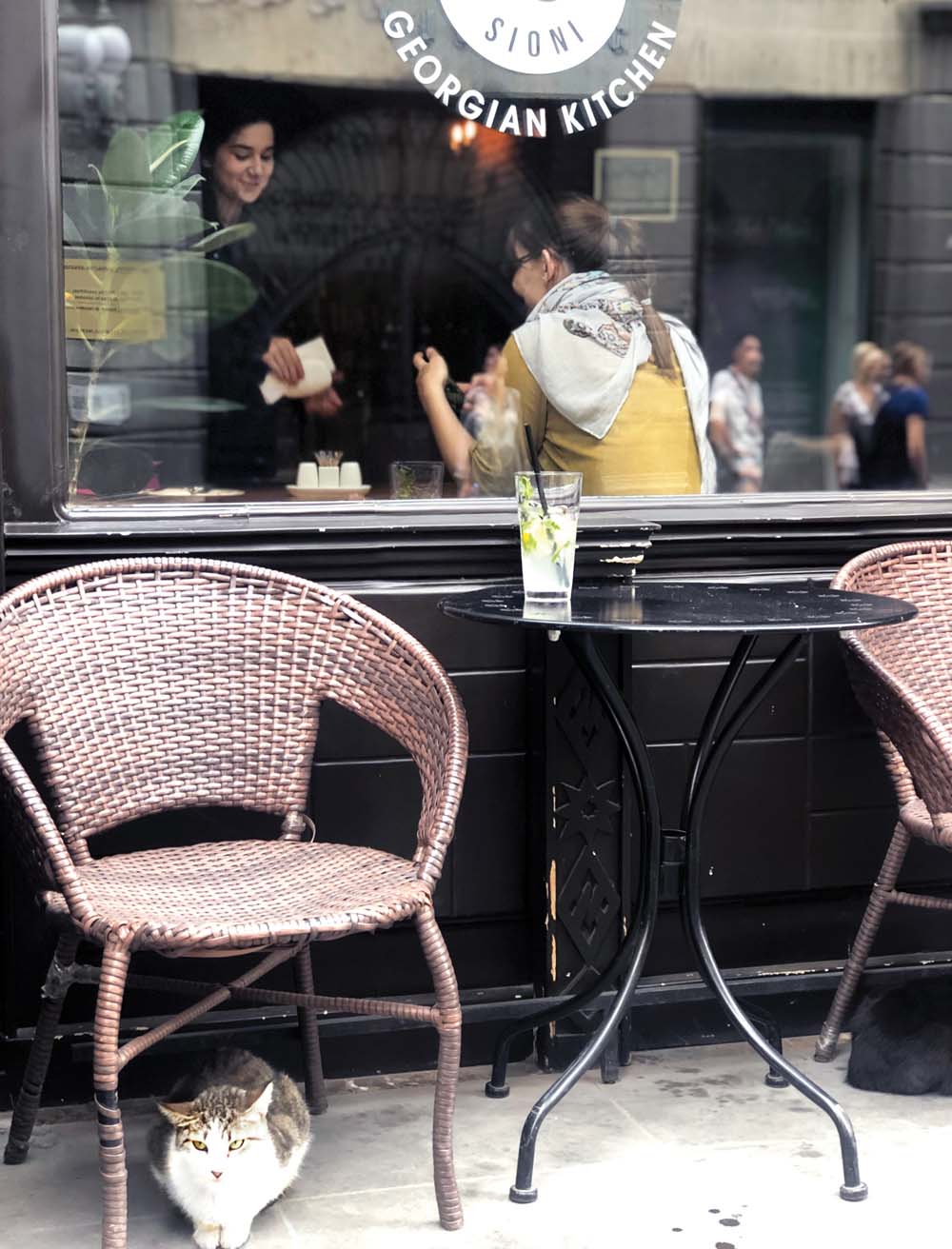 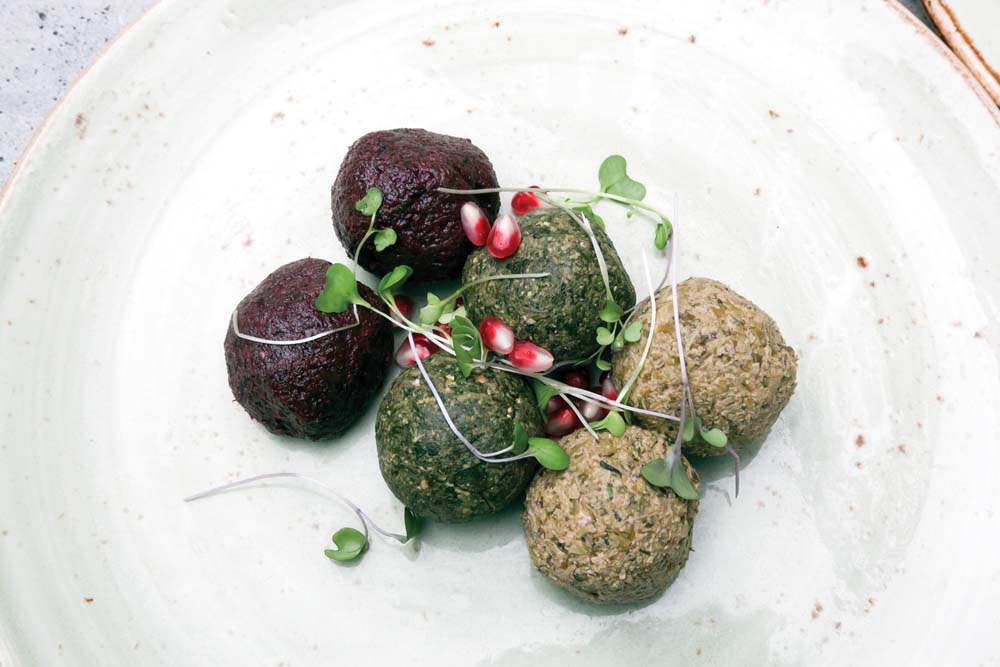 There is undoubtedly a widescreen quality to this city, and indeed, to the rest of Georgia. There’s certainly no shortage of spectacular scenery and plenty of activities, from skiing and trekking in the dramatic Caucasus Mountains to touring the rolling vineyards and exploring the plentiful lakes, forests and the seductive Black Sea coast. Perhaps nowhere do things feel more cinematic than in the central region of Kutaisi. High in the Caucasus, black-robed monks flit amongst shadows framed by stone mosaics and clouds of burning incense. There’s no WiFi up here for an Insta-story, and their presence is a poignant reminder that in some corners of the planet, things haven’t changed for millennia.

When visiting the ancient monasteries that dot the alpine landscape in Kutaisi, which is a four-hour drive from Tblisi, ancient rites continue and you can witness a mass, baptism or Orthodox religious ceremony (more than 80 per cent of Georgians are members of the Georgian Orthodox Church).

Just getting there has an otherworldly feel: the winding, tree-lined road weaves its way through soaring mountains and verdant valleys, like a real-life stand-in for Middle-earth. The fantasy feel of Kutaisi is ramped up even more with a visit to the Gelati Monastery. This sprawling complex north-east of the city is a photographer’s dream, peppered with buildings nearly a thousand years old that full-bearded monks still live in today. Aside from the panoramic views of the patchwork farmland far below (It’s a wonder Hollywood hasn’t been here yet), art and design buffs will appreciate what’s considered some of the finest examples of Byzantine architecture and mosaics in Georgia. Visitors are always welcome at the UNESCO World Heritage Site too – some of the monks, many of whom speak English, are more than happy to accompany guests through the ancient archways and buildings as they explain Gelati’s significance to their faith, and why they’ve chosen to live as others have for centuries.

Following years of being overlooked, Georgia is now taking its place on the world tourism stage. The country is welcoming record numbers of visitors and revenues from international tourism are soaring – in 2017 they reached $2.75 billion. In the same year, international visitor numbers hit 7.9 million, representing an annual growth rate of 17.6 per cent. In 2018, the bar was raised higher again: according to the Georgian National Statistics Office, “The number of arrivals equalled 8.7 million, which is 9.8 per cent higher compared to 2017.” No small feat for a country with a population of fewer than 4 million people.

Consequently, the hospitality sector is booming, with ultra-cool hotels emerging that wouldn’t be out of place in London, Paris or New York. Hotel Iota is one such newcomer. In Georgian, as in English, iota refers to a trace amount of something. As a symbol of depth and wisdom in simplicity, it’s the perfect name for the hotel, which embraces minimalist codes and marries organic and industrial materials in its design. 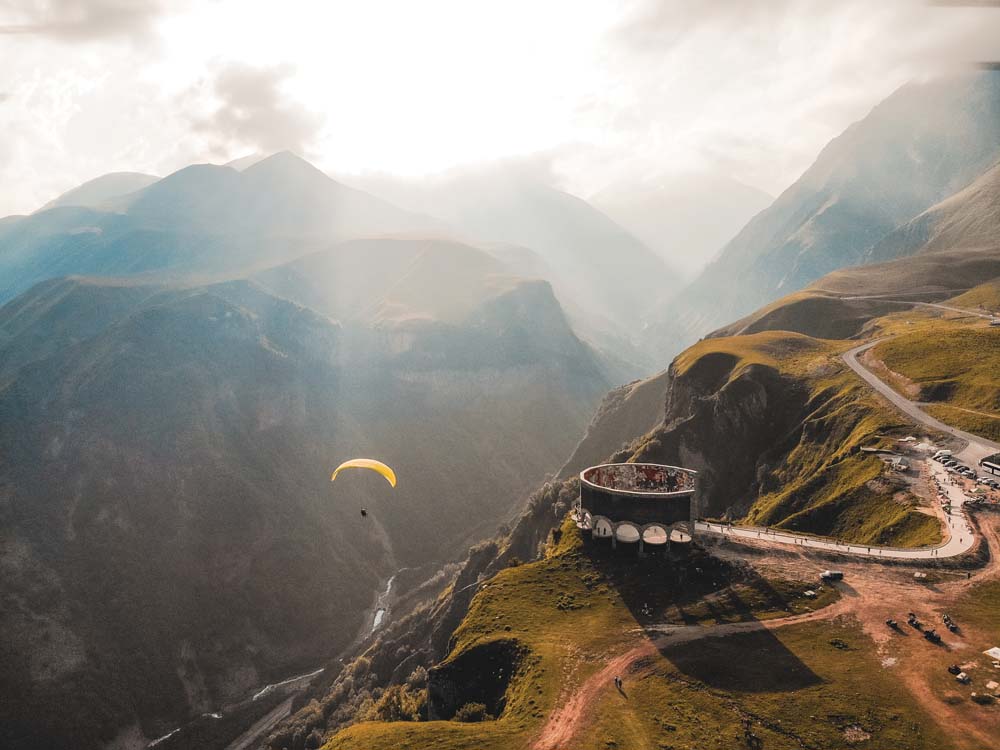 Tamara Javakhadze, director of marketing at Iota, says Georgians are famously hospitable for a simple reason: according to some ancient writings, many believe that visitors are brought to them by God.

In balance to the uber-cool options, Tbilisi also has classical lodgings – and none come as refined as The Ambassadori. Perched near the bank of the River Mtkvari in the heart of the city, this 120-room, five-star hotel excels in traditional elegance. Surrounded by marble and enjoying the genteel strains of a piano sonata, Giorgi Zarnadze, director of sales, has a pretty good guess why Georgia is having a moment in the international tourism space. “The main thing which is helping to increase tourism in Georgia, is itself – Georgia. The country promotes itself.”

It’s easy to agree with him when criss-crossing the country in Mercedes mini-vans called Marshrutkas – which cost as little as US$2 per 200 kilometres – and via the slow, but cheap and comfortable, train network. There’s always something to see – whether it’s the ornate, calligraphy-like Georgian alphabet, Mkhedruli; free-roaming cows and friendly stray dogs; or the majesty of snow-capped peaks towering above ancient brick buildings below.

On the subject of feasts, many books could be written about the diversity of Georgian cuisine. Besides the signature Khinkali stuffed dumplings and the dangerously moreish, cheese-filled bread called Khachapuri, a mouth-watering array of relatively unknown dishes await the eager gourmand. Special mention goes to Barbarestan restaurant in Tbilisi and the fascinating story of its founding in 2015.

After serving staple Georgian food for ten years, a couple with 11 sons and daughters decided to revive the historical Georgian Supra – meaning banquet – by exploring the neglected cuisine of past centuries. “We decided on a concept of old Georgian recipes but we couldn’t find anything because in 1935 all the libraries storing cookbooks were burnt, because of the Soviet Union,” Andria, one of the eldest sons, explains.

“Then we found an important old cookbook lying in the street at the flea market… it was a present from God. My father found 807 old recipes, and that evening we decided on the name, the concept, and five months later we opened the restaurant.”

The revival of the forgotten dishes served at Barbarestan in a way mirrors the revival of hospitality in the whole country. Customs and character traits that date back millennia, are being appreciated anew by modern travellers.

Experiencing the genuine warmth and  welcoming nature of the Georgian people, coupled with the visual impact of the country, it’s no surprise that Fast and Furious director Justin Lin has said that the moment he saw Tbilisi, he knew he’d found his location. With a unique mix of modern and historic textures – plus a national dish of melted cheese – Georgia remains a feast for the senses. 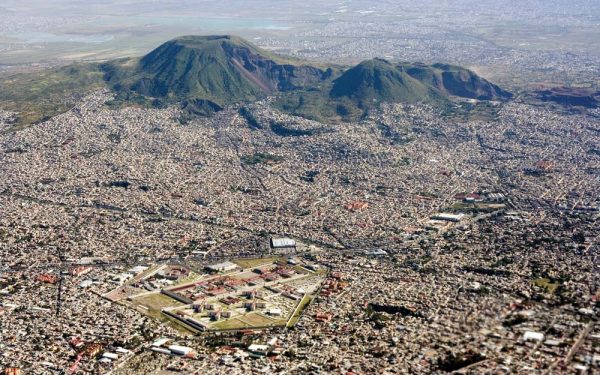