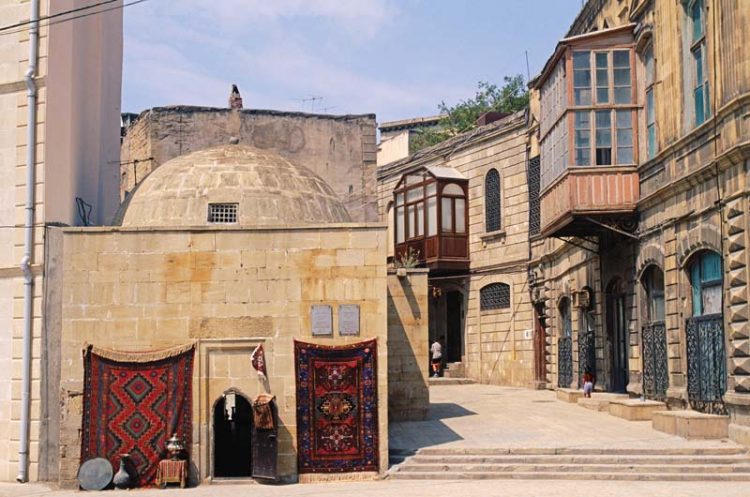 Ask someone to point out Baku on a map and there’s a good chance they’ll take a few minutes. It’s Azerbaijan’s most eastern point that juts out into the Caspian Sea, across the water from Turkmenistan. Each year it hosts the Azerbaijan F1 Grand Prix, but the city holds appeal well beyond car enthusiasts. Icheri Sheher, the Old City, is Baku’s historical centre, with many of its 12th-century defensive walls still intact. Within these fortifications are the ancient jewels of Azerbaijan, the Maiden Tower and Shirvanshahs’ Palace, but also a creative community, local craft stores and even entrepreneurs touting Azeri caviar. Visitors can stop for a quick qutab (charred, stuffed flatbread) served from a window for a single manat; pause for tea taken with spoonfuls of jam or indulge in an authentic feast with a side of traditional entertainment.

Baku itself is a confection of interesting buildings that range from centuries-old stone, to brutalist remnants of the Soviet era, to modern architectural masterpieces that wouldn’t be out of place in Dubai. Nothing is far, whether it be the sprawling local market, Taza Bazar, or bustling Nizami Street, lined with international designer shops, restaurants and hotels. Neftchilar Avenue separates the Old City from the Caspian Sea and leads to the Baku Boulevard, where people stroll past historical points of interest and watch the sunset. The metro and bus systems are straightforward and cost 0.30 manat (20¢) regardless of where you ride, while taxis are usually less than 10 manat (US$6) within Baku. Spend a few days in this city and you’ll soon realise that while it’s unmistakably familiar, Baku remains unlike anywhere else. To shop like a local, go where the locals shop. Expect to get lost among stalls of fresh produce, pyramids of dried fruits and teas, baskets of pomegranates, open-air meat and fish sections, tables of traditional cheese, giant jars of pickles and even caviar. It’s an assault on the senses and a photographer’s dream. 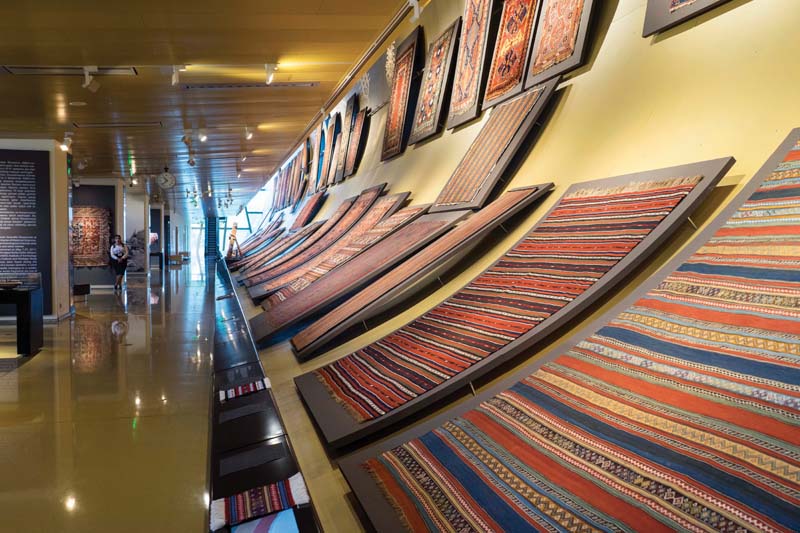 There’s a saying in Azerbaijan, “home is where your carpet is spread”. The Carpet Museum is a testament to the importance of the carpet throughout Azerbaijan’s history and culture. The museum opened in 1967 and relocated to the waterfront in an impressive building shaped like a rolled carpet in 2014. Inside the oldest rug dates from the 17th century, while modernist works portray daily life and fairytale-like scenes. Stop to admire the trio of famed Flame Towers from the entrance.

Standing at 29 metres tall over eight storeys, you might spot this iconic stone tower on the back of your manat before you see it in person. There’s debate around when it was built, but it’s generally agreed that the lower part dates to the 6th century and that most of the structure was completed in the 12th century. It’s thought that the Maiden Tower was originally a temple and then a defence tower – the walls are five metres thick at the base. Called Qız Qalası in Azeri, head inside to admire the multimedia installations in the museum. 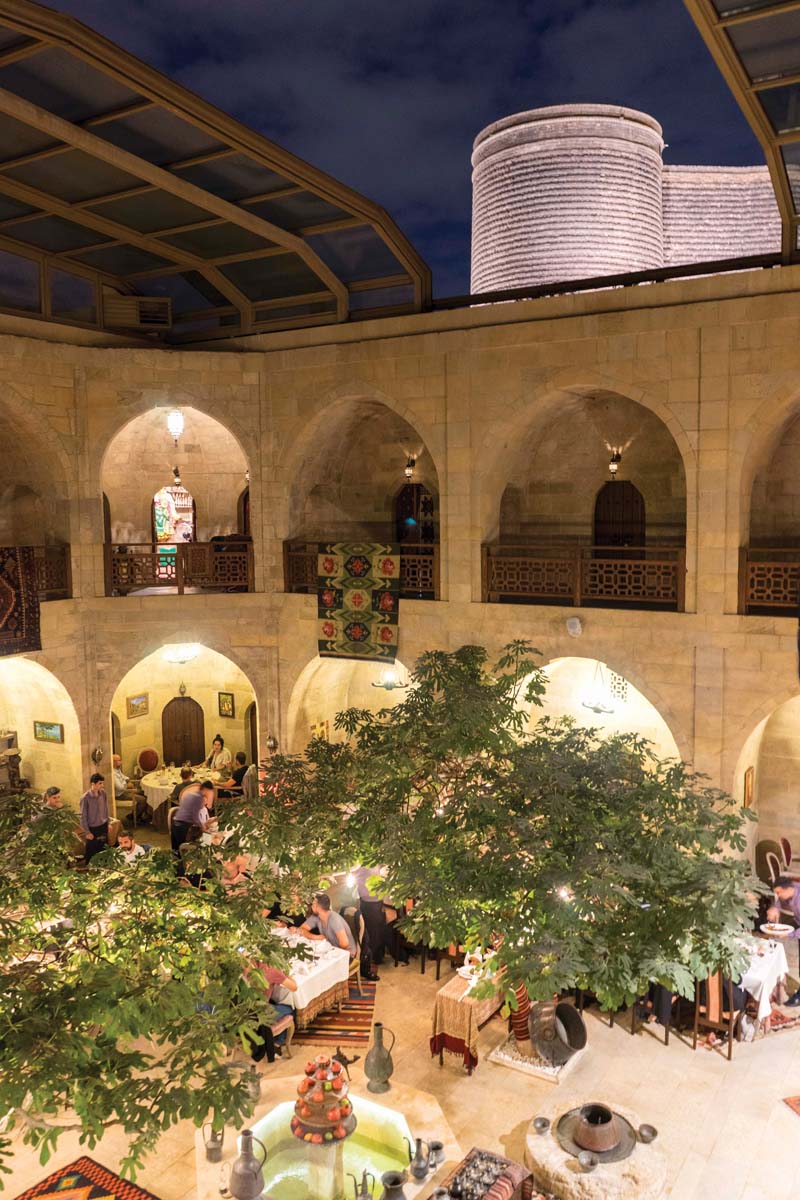 It’s as much about the atmosphere as the traditional food at this two-storey caravanserai restaurant, with glimpses of the Maiden Tower from the sheltered courtyard. Sit beside a fountain and fig trees strung with fairy lights while tucking into dishes like dushbere (dumpling soup) and ciz-biz (fried and diced offal with potato). Book ahead and visit in the evening for traditional performances. 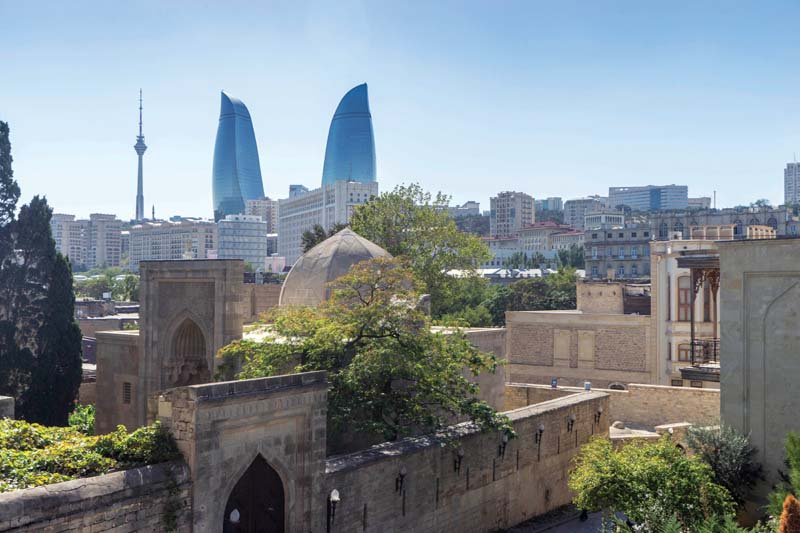 Palace of the Shirvanshahs

Stroll through Icheri Sheher to this restored, 15th century palace where Azerbaijan’s dynasty ruled, bathed, and cohabitated in the Middle Ages. Through the main courtyard there’s a wonderful view across sandstone domes to the Flame Towers, while inside are exhibitions with audiovisual flourishes. Explore the Divankhana pavilion, burial vaults, mosque, mausoleum and hamam ruins. 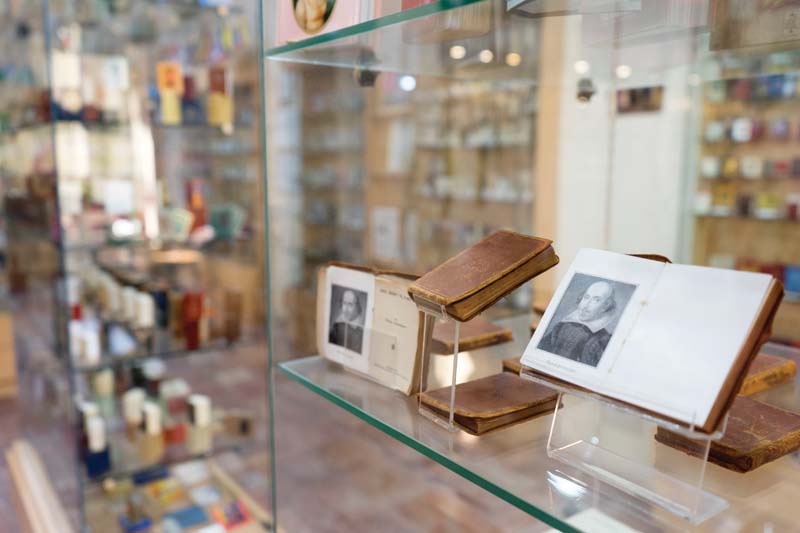 This small, obscure museum of more than 5,700 tiny books, courtesy of the personal collection of Zarifa Salahova, is worth 10 minutes if you’re in the Old City. Most require a magnifying glass to read. There’s a whole library’s worth of books from fairy tales and Shakespeare to philosophy and worship. 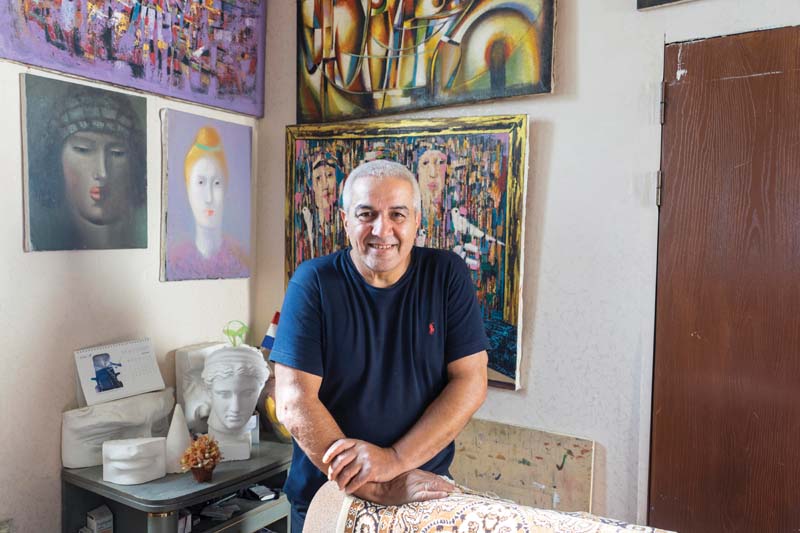 Baku is an artistic city and if you stop in at this workshop you’re likely to meet the artist himself. Ali Shamsi paints bold, colourful canvases with dreamscape-like subject matter of piercing eyes and pomegranates. He’ll pose for a photo, and will likely ask you to do the same. 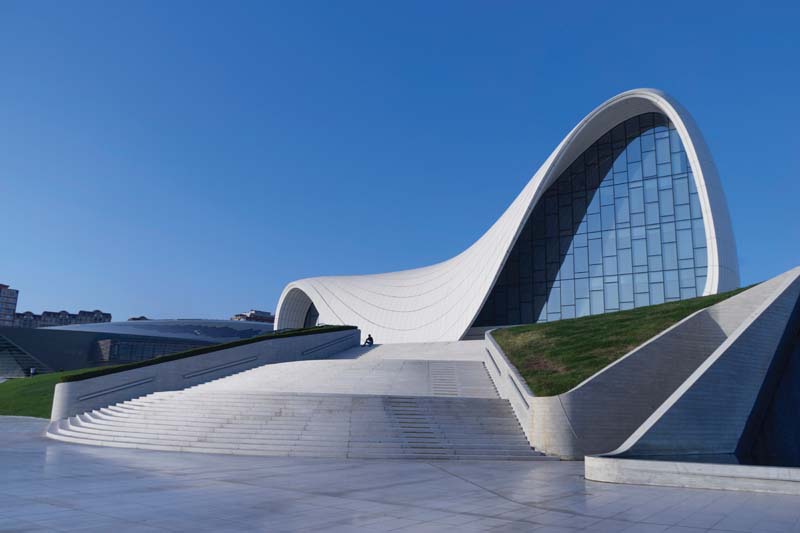 You could spend half a day at Baku’s most famous building and cultural centre, designed by renowned architect Zaha Hadid. It’s not hard to believe there wasn’t a single straight line used in its design. The abstract, white structure bends and curves at different angles, causing it to seemingly change shape. Inside is a museum dedicated to Azerbaijan’s history and the life of Heydar Aliyev, as well as multiple exhibition halls that might include classic cars, photography, traditional musical instruments or puppets from around the world. Keep an eye out for musical performances, too.

Part museum, part historic building and part restaurant, this is Baku’s most unique dining experience. Once a 19th century bathhouse, it’s now a maze of 18 painstakingly decorated and themed dining rooms decked out in original artefacts and Soviet-era paraphernalia. If you’re with a group, call ahead and order shakh plov, a “royal pilaf” served like a crusted cake. 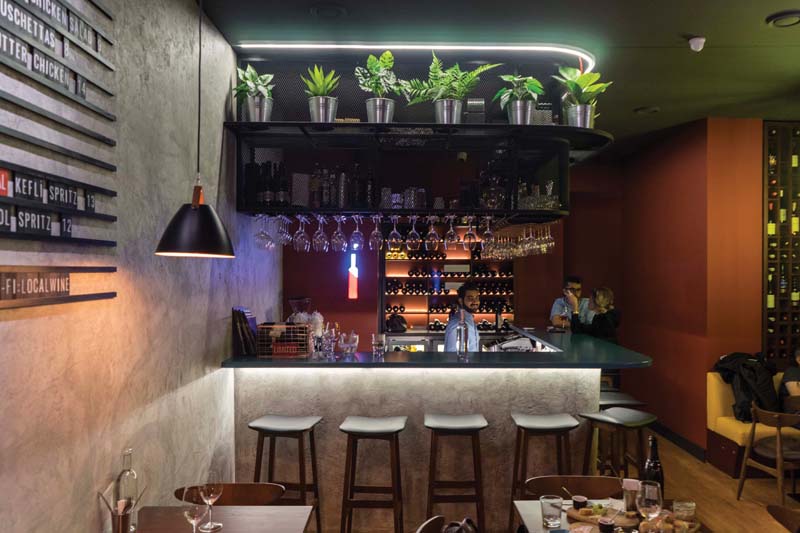 This cosy local watering hole is the place to try local drops. There are more than 20 wines available by the glass for between 2.50 and 5 manat (US$1.50 to $3), plus many more bottles and specials (like the pomegranate wine). Don’t forget to try the local cheese and charcuterie boards. 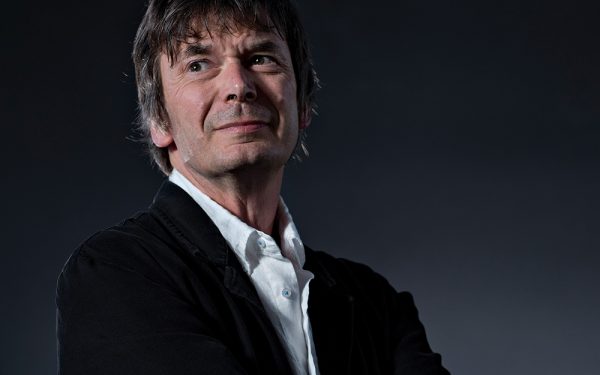 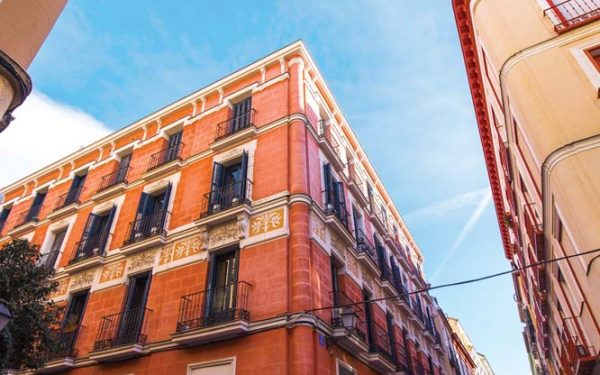 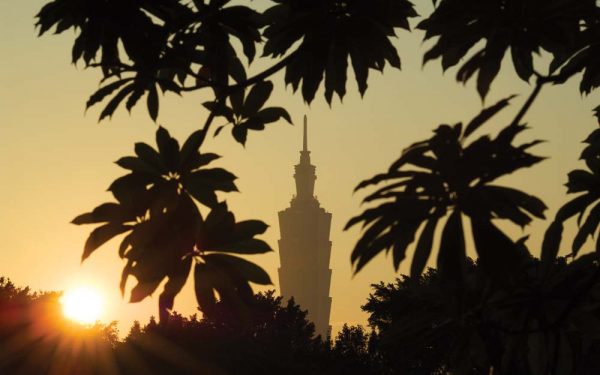