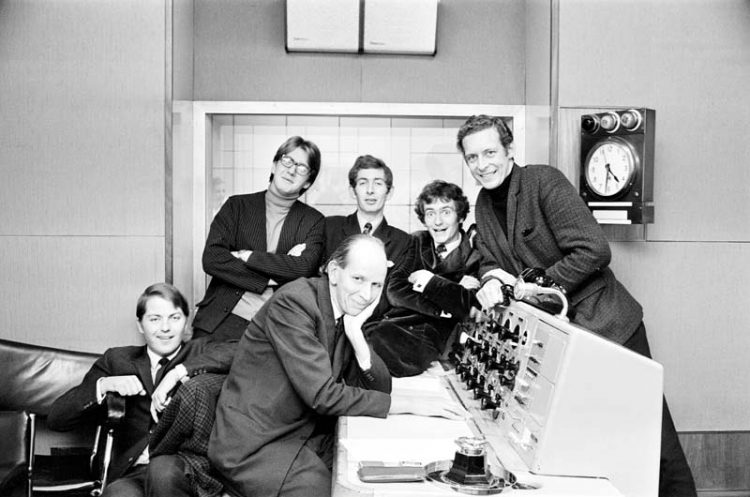 One of the many faces of Top Of The Pops and the DJ who officially launched Radio 1, Tony Blackburn is a household name in the UK.

Unabashedly mainstream, he has survived more than 50 years in radio and is as busy as ever, working for four different stations and currently touring the country with Sounds of the 60s, his weekly show on BBC Radio 2.

It is because of The Emirates Soul Show, however, for which Blackburn has so far recorded two episodes, that we are talking. “I listened to one of them coming over – I thoroughly enjoyed it,” he says with a laugh. It’s the kind of easygoing banter that has made him such a popular figure in the UK, refusing to take himself too seriously and mixing lighthearted pop chatter with a genuine love of music. “For me it’s always been soul music,” he says. “I just love it. You know, people singing from the heart and fabulous singers and anything Motown. That’s the only thing I’m proud of really – introducing Motown into Great Britain. Because until I started playing it on the pirate ships and on Radio 1 – people like Diana Ross and Stevie Wonder – nobody was playing those records.”

Blackburn began his career as a singer in a dance band, performing at the Bournemouth Pavilion for three years until he landed his first gig as a pirate radio DJ for Radio Caroline in 1964. He later joined Radio London (which, like Radio Caroline, was run from a ship in the North Sea), but it was the launch of BBC Radio 1 in 1967 that made him a household name. “Good morning everyone, welcome to the exciting new sound of Radio 1,” were his immortal first words.

A large part of his popularity, however, is down to comedy. The British comedian Harry Enfield modelled the fictional character Dave Nice (of Smashie and Nicey fame) on Blackburn and he was once described as “more Partridge than Partridge”. The latter was a reference to Steve Coogan’s comic radio presenter Alan Partridge, who is prone to eccentric, self-aggrandising chatter.

It’s the kind of gentle mockery that Blackburn appreciates. “I’ve never taken myself too seriously. With an act like mine you can’t,” he says with a chuckle, injecting self-deprecating humour into the conversation with endearing regularity.

“I made 29 singles and two albums – all ahead of their time,” he says at one stage, discussing his failed singing career and, in particular, the song I’ll Do Anything, which he recorded in 1969. He would later describe it as a “soul record without any soul”.

“I’d already destroyed Baby I Need Your Loving by the Four Tops and I didn’t realise I couldn’t sing soul music,” he says with a smile. “It’s very difficult. But this record got released in the northern soul clubs under the name of Lenny Gamble and somebody rung me up and said, ‘I don’t know if you know, but you’ve got a northern soul hit’. I said ‘that’s an awful record’. But I went to the Wigan Casino and they introduced me on stage as Lenny Gamble and I came on and I could see the look of disappointment in their eyes. They thought, ‘my God, we bought a Tony Blackburn record by mistake’.”

Despite the self-mockery, there’s a formula to Blackburn’s success. One that has assured him a place in British radio history.

“If you’re going to go on the radio you might as well get a big audience,” he says. “I’ve always adopted the American top 40 system, which is based on a half an hour format where you would take the same records, but you’d change them every week because you predict what’s going to be a hit and what isn’t going to be a hit. So you refresh it that way.

“The current commercial radio in Britain I think is awful. They play the same records over and over again. With my shows you’re never more than one record away from a hit, and that’s the secret of getting an audience.” 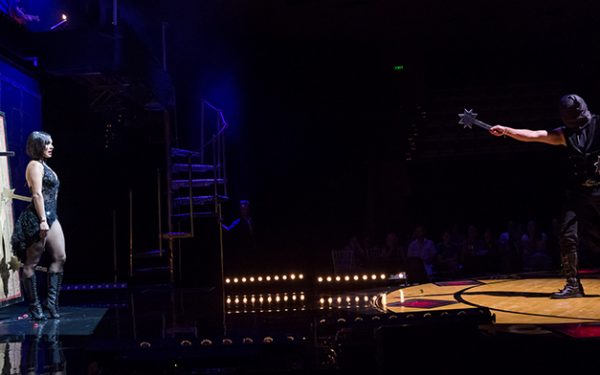