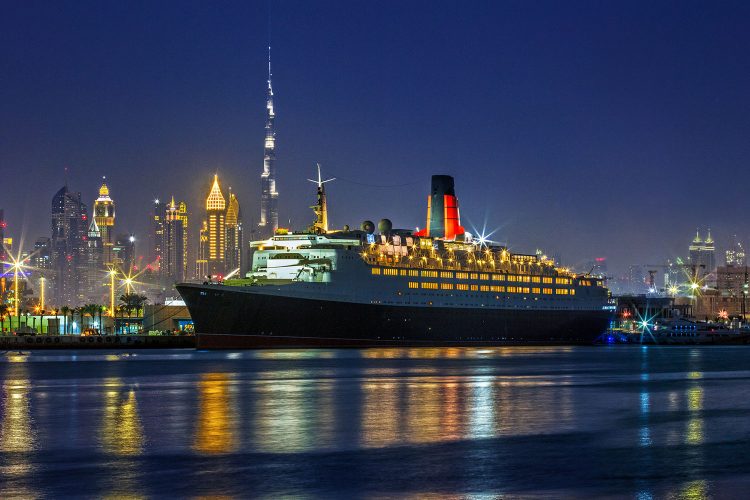 It was the time of Beatlemania, of man’s first landing on the moon, of pop art and psychedelia. Then there was the QE2. Christened in 1967, the world’s most celebrated ocean liner was built to ferry passengers between London and New York, a journey that took her five days at a steady 29 knots. After 1,400 voyages and stints as a troopship in the Falklands War, the Queen Elizabeth II became synonymous with maritime engineering, craftsmanship, and an enduring timelessness.

Over 50 years later and Dubai’s Mina Rashid is the boat’s new port of call, where she is docked permanently as a hotel as well as museum, restaurant, nightclub, and more.

For nautical buffs, the attention to detail during restoration will delight. Most venues, from the gin bar to British pub to the Yacht Club, have been lovingly restored to their former glory, complete with original furniture and fittings.

There are five different room options, ranging from the cozy standard room to the captain’s club room with balcony for a true executive experience,

For casual dining, head to the buffet on the Quarter Deck for a classic British roast or Arabic mezze, but for a standout meal, try the nine-course tasting menu that takes inspiration from the ‘60s and is prepared by chef Rama, a former chef from the QE2’s sailing days. Guests can enjoy classics such as scallops and baby chicken with wine pairings given by an expert sommelier.

Nightlife is even included in the form of the Hatch, a former engine room that has been converted into a sub-terranean club, with industrial EDM music to boot.

With other attractions such as live cabaret shows and a top deck pool underway, the QE2 looks to be less a hotel, than an entire nautical experience.

The boat is docked just a five-minute cab journey from Al Fahidi, the heart of Dubai’s old district. Check out the gold, spice and textile souks, as well as some of the museums – Dubai Coffee Museum has unique tasting sessions of cultural traditions, such as the Ethiopian practice of serving coffee with salt and popcorn.

The QE2 is docked permanently at Mina Rashid in Dubai, with rooms starting from US$95 per night 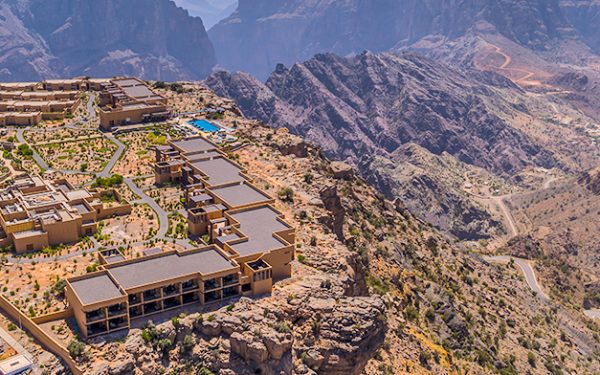 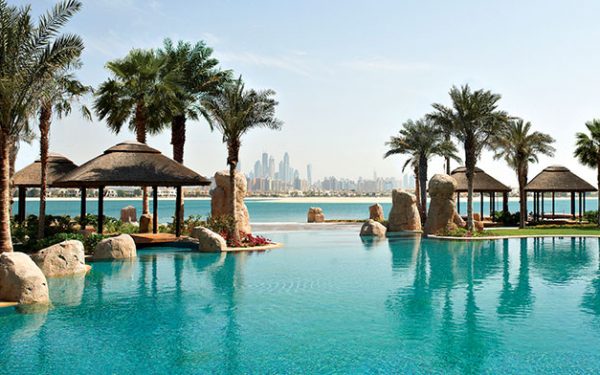 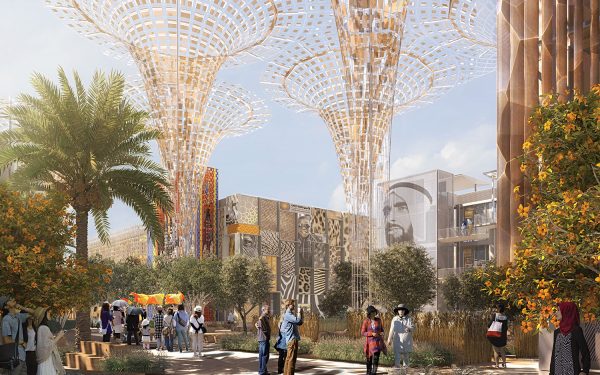