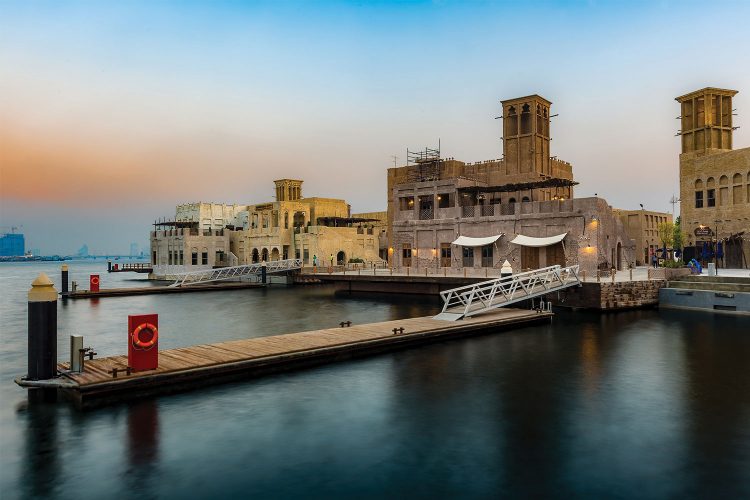 It was the year 1799, and the first settlers of Dubai were worried. In the 18th Century, neighbourhoods were less inclusive hubs of creativity, and more places to be vigorously defended. So came the Wall of Old Dubai, a coral stone and gypsum 600-metre line of defence against warring tribes, smugglers and anyone who crossed the Arabian Gulf into the bay.

Fast forward to the present day, and any aggression meted out in the city is only to the bicycles in Krank, the latest spin class in Alserkal Avenue.

Ancient burjeels, the wind towers dotted around old Dubai and parts of Sharjah have been replaced with fantastical creations from Calatrava and other architects determined to carve out a piece of the skyline for themselves.

Markets selling Persian slippers have been traded in for Sole DXB, Dubai’s sneaker festival hosted by purpose-built design district d3, where rare brands can easily trade hands for US$600.

The bright white sand dunes of years past have been replaced by whole rainforests contained within a climate-controlled biodome, as seen in Citywalk’s Green Planet. Some of these districts are purpose built; others have sprung up organically. All are intriguing, and testament to the city that – alongside a respect and honour for its first inhabitants – is so optimistic when it comes to the new, the trendy, the artistic. After all, what better way to drive a city onward? 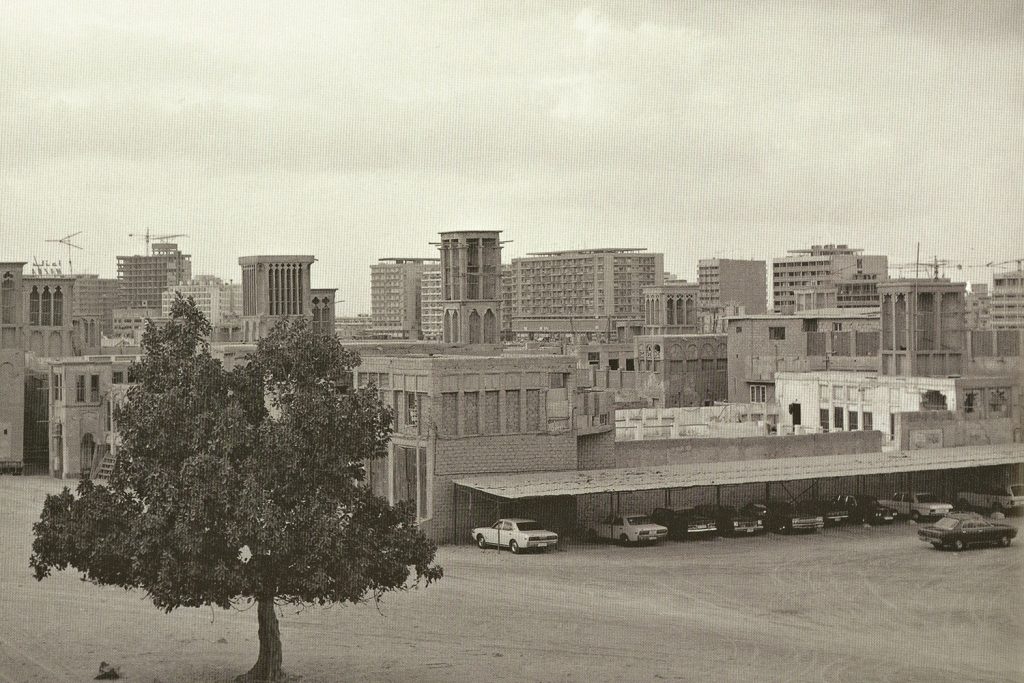 To appreciate a city in its present iteration, one must look to its past. Nowhere is this past better represented than in the Al Fahidi Historical Neighbourhood, where one can step back in time. Abdulla Al Serkal is one of the original families of the area, and founder of the Sheikh Mohammed Centre of Cultural Understanding, a vital point of call in the area.

“I was brought up in my grandfather’s house, who was born in 1914, so I was lucky enough to have my teenage days in the mid-70s,” he says. “I’ve seen Dubai when it used to be white sand dunes, far different from the orange sands of the desert – after school, we would play barefoot in the sand. But I saw it all disappear with the construction.”

Inside Al Fahidi’s houses – constructed from coral stone from the creek or thatched with palm leaves – families lived in a multi-generational structure.

“The house had seven different families in one house. You don’t see this anymore. We would have people from Oman, Bedouins coming with their weapons, which to them were like Parker pens,” he says. “When I first travelled to the UK, it made me realise that the UAE deserves a programme, a centre that makes the millions of different people living here have their questions being answered. They need to know about us.”

The Centre is a good jumping off point for other areas of interest, such as the Dubai Coffee Museum, where you can taste the famous Ethiopian salted brew (an acquired taste, and accompanied with popcorn), wonder at artifacts that prove human existence in the area dates back to the Iron Age, and take an abra (a small boat) across to the souks to barter for cashmere or spices. 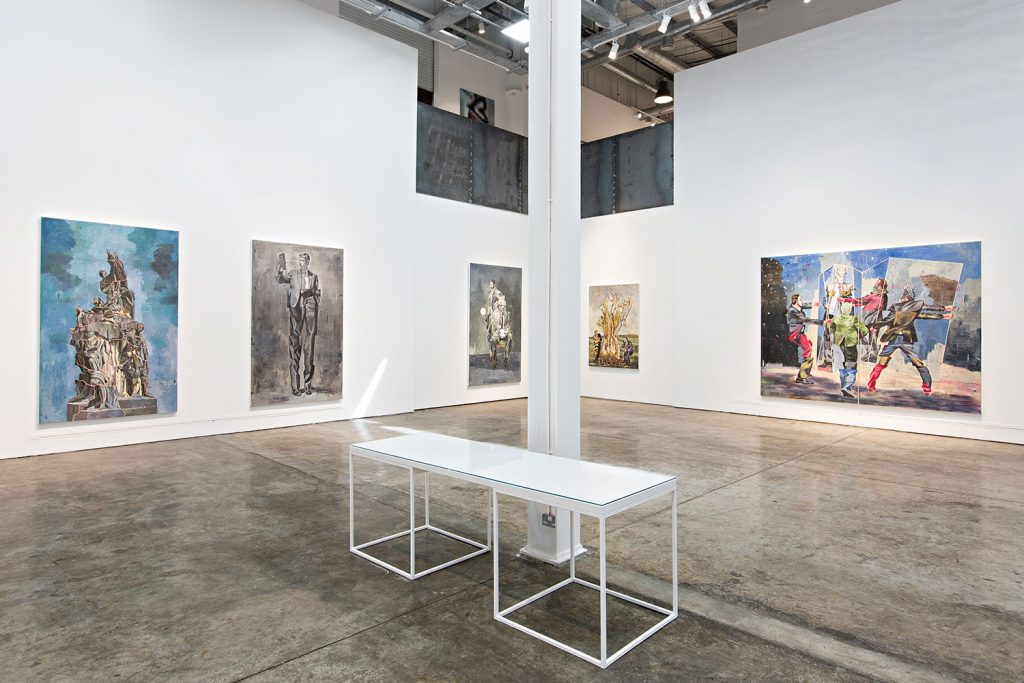 Watching neo-noir Italian arthouse on leather sofas does not exactly encapsulate a typical idea of Dubai. Neither does an architectural biennale, where small-scale designers theorise on how to subvert the current cityscape. Or a chocolate factory, founded by two secretive locals and responsible for the sweet, rich aroma that perfumes the alleyways.

This is Alserkal Avenue, the arts district that has quietly put itself on the map as a true cultural hub in Dubai. Around Al Quoz, an industrial district best known for its garages, the view is vaguely uninspiring. But tucked away on 8th street are shipping containers and garages that have been refreshed to provide some artistic and intellectual stimulation.

“Al Quoz has many art galleries, both contemporary and modern, that are enjoyable even for the amateur eyes,” says Nada Badran, the brains behind Wander with Nada, a tour of the parts of Dubai off the beaten track. “There are some nice cafes to work in, residency programmes, and concept stores. Mirzam chocolate factory is a cute concept, showing the behind the scenes action and offering traditional Emirati flavors, but Cinema Akil is my new favorite part of Al Quoz. They play great movies from all over the world, very similar to the Dubai Film Festival but on a much smaller scale and year round basis.”

Add in gig venue the Fridge for experimental music, a smattering of vegan offerings and Crank – a high-tech spin studio with a cult following to rival Soul Cycle – and you have a modern offering that is still distinctly Dubai. 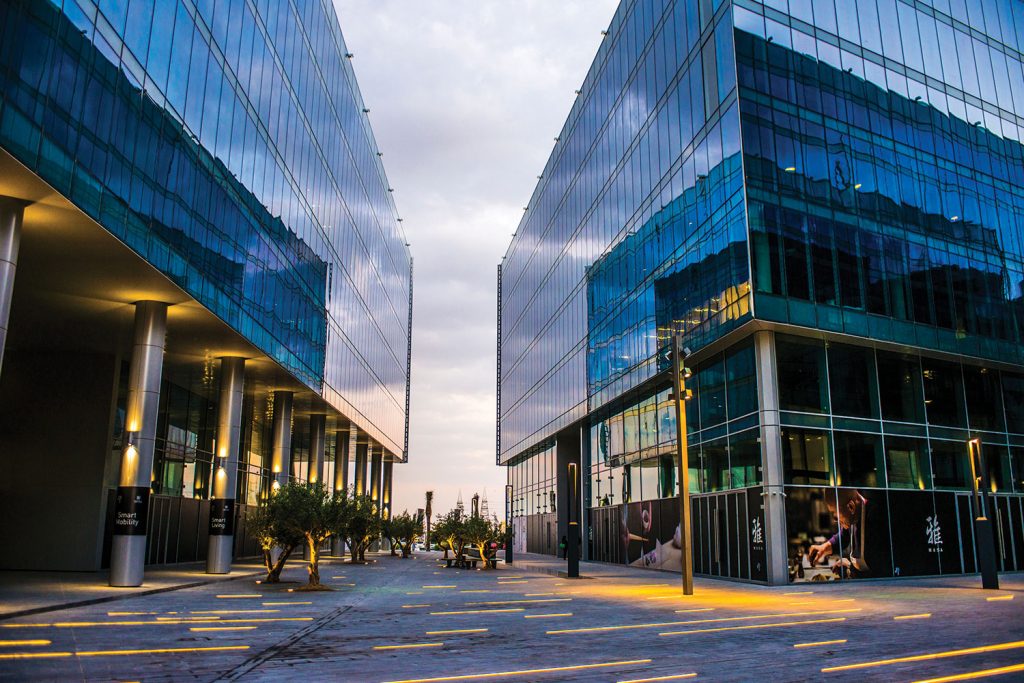 When even wandering through Dubai Design District’s carpark is an artistic experience, you know that careful thought has been put into this community. Arising out of an oceanic apocalypse courtesy of graffiti artist Myneandyours, one surfaces into an light-filled space known as d3,  chock-full of bespoke boutiques, international jewellery brands and financial powerhouses.

As a purpose-built freezone, d3 was built with careful consultation with the design community and “designed to be a creative space,” says Badran. “Today there are many office high rises, art galleries, quirky shops and restaurants.” She advises to go when a major event is on and the area is busiest – (12-17 November) and sneaker-fest Sole DXB (6-8 December) are some of the best.

For shopping, there are a plethora of independent brands worth checking out. Amato was founded by designer Furne One and textile expert Rashid Ali, and is the UAE’s first global couture fashion brand to gain an international cult following. For unisex fashion, Closet Case is Dubai’s first concept store stocking exclusive Asian and European designers, ranging from the minimal dark aesthetic of Rick Owens to the inventive silhouettes of Yohji Yamamoto.

For food and drink, Akiba Dori is a unique find: a foodhall-style indoor alleyway inspired by Akihabara, Tokyo. Game in the arcade and then head to the pizzeria for a Tokyo-Neapolitan offering. In perfect paradox to the bustle of the creative hub lies Ras al Khor sanctuary, just a few minutes taxi ride from d3. Hundreds of flamingos live amid the marshland and can be watched from viewing areas. The perfect tranquil escape to a busy city. 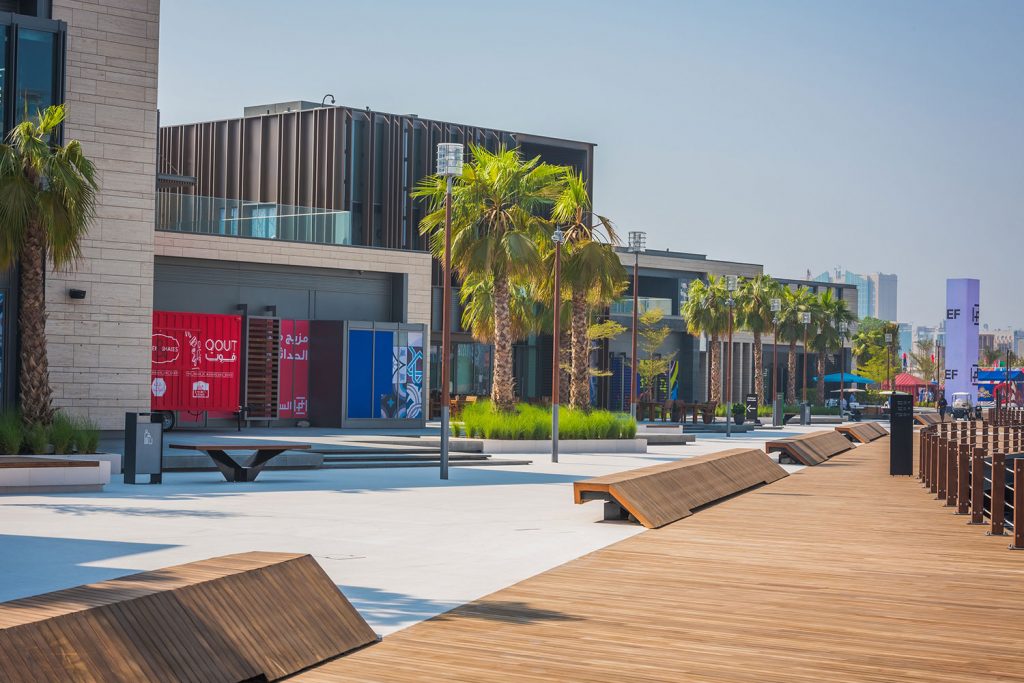 “Can you imagine if they built glass skyscrapers next to Al Fahidi? It wouldn’t work,” says Al Serkal of the new purpose- built destination, Al Seef. “They wanted to enhance that feel of Old Dubai, because this is the area that was saved by Sheikh Maktoum to keep it for the next generations.”

The final feeling of this purpose-built district is of a bustling waterfront destination, which nods to the history and heritage of the district that sits just adjacent to it on the creek – but provides its own modern flair. The new offering on the 1.8km promenade includes innovative retail and dining brands that contribute to the lively atmosphere of the location, as well as small-scale hotels that are chic and accessibly-priced.

The architecture is inspired by Dubai’s transformation from a fishing village into a modern cosmopolitan city, and the district has kept distinctly Arabic touches such as the sikkas, the narrow pathways used in old neighbourhoods. They are filled with shops, cafes, restaurants, hotels and entertainment experiences that intend to link the authentic heritage of the area with stylish contemporary touches.

Food in the area also nods to an Arabic heritage. Egyptian cooking is offered in a pharaoh-inspired setting inside KHOFO, whilst Al Fanar Restaurant and Cafthat looks to recreate 60s Dubai with their authentic Emirati cuisine.

New additions to Al Seef’s retail landscape include Caliente, an Emirati brand specialising in high-end trucker caps and Jawhara for diamonds and gemstones, or Sneakers Paris for trendy footwear. The area has also become host to the Museum of Illusions, which contains 80 Escher-esque exhibits designed to play tricks on the human brain. 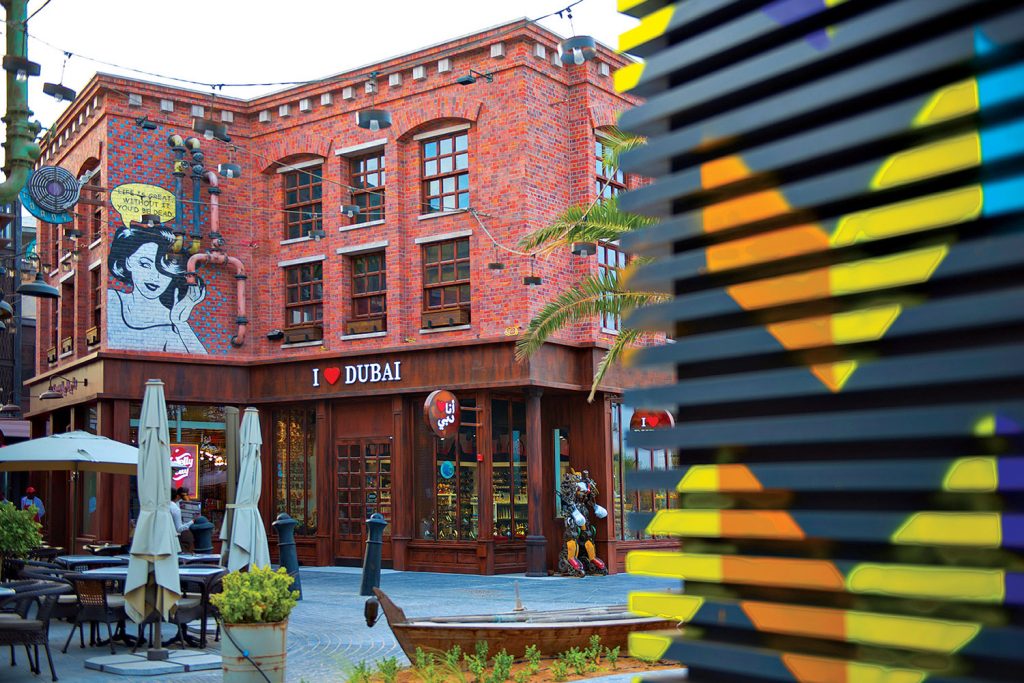 A nautical offering from the same developer behind Al Seef, La Mer evokes a feeling of Coney Island, with its vivid carnival-esque atmosphere.

Spread out over 13.4 million square feet of existing and reclaimed land between Pearl Jumeira and Jumeira Bay, the district has over 130 shops, cafés, and restaurants, as well as watersports such as wake or flyboarding. Although new, the area is already a bustling tourist hotspot.

Meraas has thought outside the box in the district’s creation, installing the unique ‘Hawa Hawa’, a new inflatable playground concept first created and installed in public parks in Japan.

Surrounded by kilometres of sandy beaches, La Mer is a stone’s throw away from points of interest that include the Etihad Museum, which tells the tale of the founding of the UAE and Dubai Water Canal, where visitors can hire bikes to cycle along the canal.

It is an embodiment of the way that the city’s old and new attractions are starting to meld together into one cohesive experience.

“Many think that Dubai is a ‘new’ entity which seems to have emerged overnight, which is far from the truth,” concludes Badran. “The city has been built brick by brick over many years, and has undergone various transformations resulting in its current urban form.

“The old part of Dubai tells an important part of the city’s dynamic history, and the new part offers a wide array of sights suited for all types of visitors. From my eyes, a complete visit to the city is a must – to capture its magic in districts both old and new.” 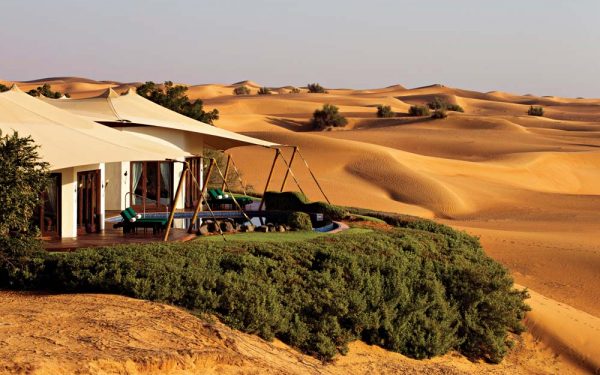 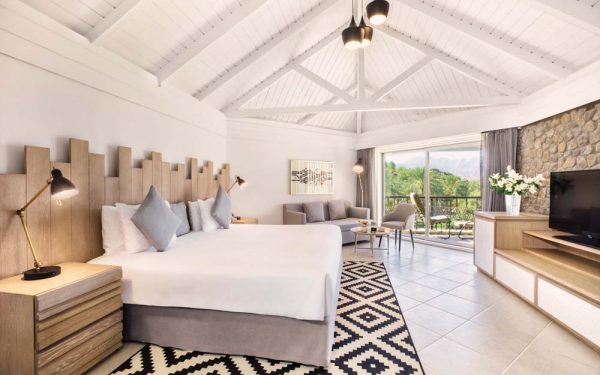