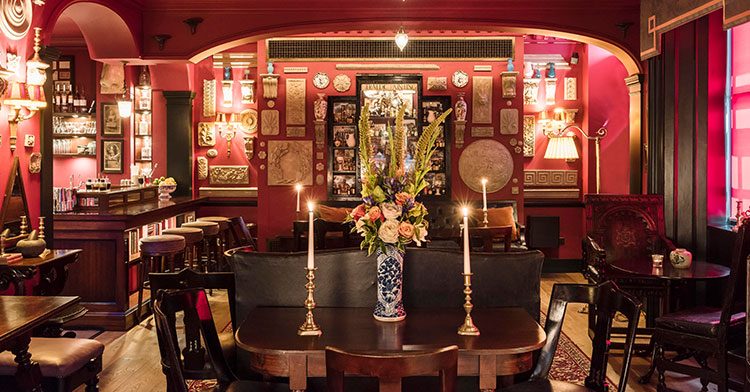 Mark Sainsbury and Michael Benyan don’t do cookie-cutter hotels. One of just two townhouse properties in the hotelier and restaurateur duo’s boutique portfolio, the Zetter Townhouse Marylebone shares several fundamental attributes with its Clerkenwell sister property, whilst still standing on its own two feet.

The historical central London neighbourhood has received an injection of vim and vigour in recent years, thanks in no small part to the opening of this 24-room Georgian townhouse. Just a brisk 15-minute walk from Oxford Street, Europe’s busiest shopping thoroughfare, stepping through its inconspicuous grey front door instantly transports you into a dimly-lit, den-like drawing room.

The cocktail lounge-slash-reception has warm red walls, colourful carpets and assorted bric-a-brac. It belongs to the rakish Uncle Seymour, a character on which the hotel is based, and  this playful spirit is at work throughout the hotel.

A highlight is Lear’s Loft, a vast loft apartment named for Victorian poet Edward Lear. With its own private staircase leading up to lounge and study areas, a roof terrace with a roll-top bathtub and a view over the Marylebone rooftops, the den is perfect for writers and creatives. If you ever leave your room, Seymour’s Parlour has a cocktail menu created by renowned mixologist Tony Conigliaro. Order The Hunter and the British charcuterie board, and settle in for the night.

About the neighbourhood: Michelin-starred Marylebone

Locanda Locatelli, known for its command of lesser-known Italian cuisine, is chef Giorgio Locatelli’s London flagship on Seymour Street. Just seconds away is Texture: where Icelandic chef Agnar ‘Aggi’ Sverrisson and his team serve up Scandi fare that concentrates on different consistencies. Or, head up to Blandford Street where Trishna resides. Specialising in Indian coastal cuisine, the laid-back restaurant was first awarded a Michelin star in 2012. 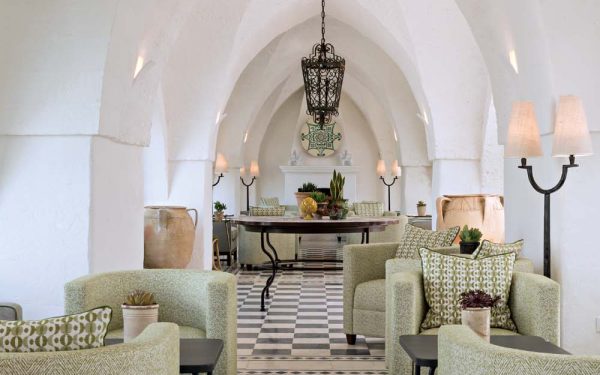 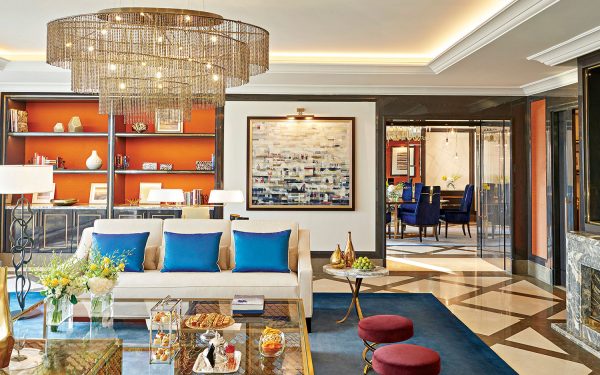 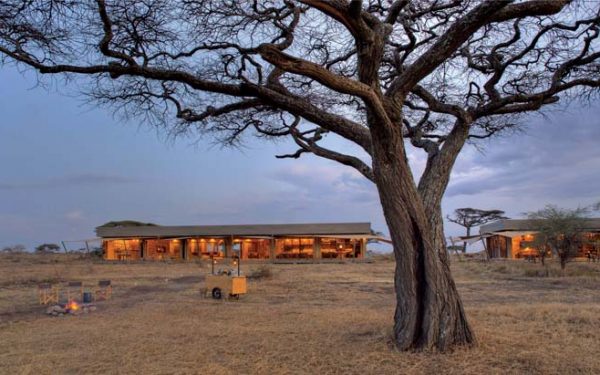