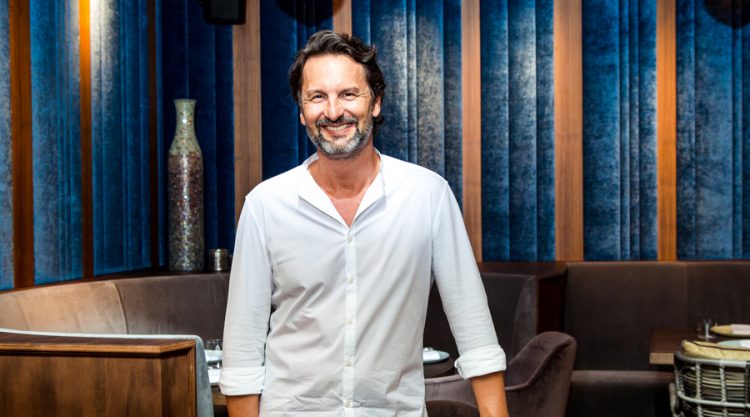 “I always make people laugh because I can’t afford my own pieces. This is one year’s salary for me,” says Maximilian Büsser, pointing to his wrist. “I can’t go and buy a watch at that price.”

The owner and creative director of Maximilian Büsser and Friends (MB&F) is discussing the car-themed Can-Am, the product of more than 50 prototypes and 18 months of production. Like most of his timepieces, from idea to delivery took somewhere between three and four years.

“This is the engine bay and you’ve got the heads-up display of the dashboard,” he says, indicating each intricate part. “And you’ve got the engine, which is winding up the watch while you’re actually wearing it – see the gold battleaxe. And these are the titanium roll bars that protect the car.”

It doesn’t actually look like a watch, which Büsser takes as a compliment.

“You could never do market research for this because everybody would tell you you’re completely crazy – that you’re never going to sell one. But I do 20 a year.  There are 20 people out there who are as crazy as I am and who have got, unlike me, the means to actually buy the piece.”

Büsser is an old-school eccentric, although you’d never think it from his appearance. He is smartly but casually dressed and our lunch at Zahira in the H Hotel lasts more than two hours, punctuated by moments of extreme honesty – the death of his father, the need for therapy, an unhappy childhood, near bankruptcy, the addictive nature of creativity.

“When you create products that you think will sell, you usually take all the character out of them”

He occupies a world of visions and make-believe, creating very particular, unique and dramatic watches, most of which will set you back in excess of US$150,000.

“I realise I’m not like everybody else,” he admits. “It’s interesting because when I was a kid I was the one who didn’t fit in and I suffered a lot for that. For a very long time I judged my childhood as unhappy. I didn’t have any friends, although I longed to have them.

“Then I discovered way, way down the line that to be different was okay. But it took me a really long time to get over that one. It’s not by chance that I chose this photograph for my brand,” he adds, pointing to an image of two boys with wired-up colanders strapped to their heads. “This was the photo that most resonated with me when I decided what the brand was all about.”

MB&F is a company of rebellion, an artistic concept laboratory, an assembly of independent watchmakers united around the simple idea of developing radical horological masterpieces. At its centre is the belief that a creative adult is a child who survived.

It is perhaps apt, then, that we are dining in Greg Malouf’s Zahira, with its elevated take on traditional Levantine dishes and Malouf’s years spent working on the evolution of Lebanese cuisine. Both he and Büsser come from traditional creative disciplines in which experimentation is sometimes frowned upon. 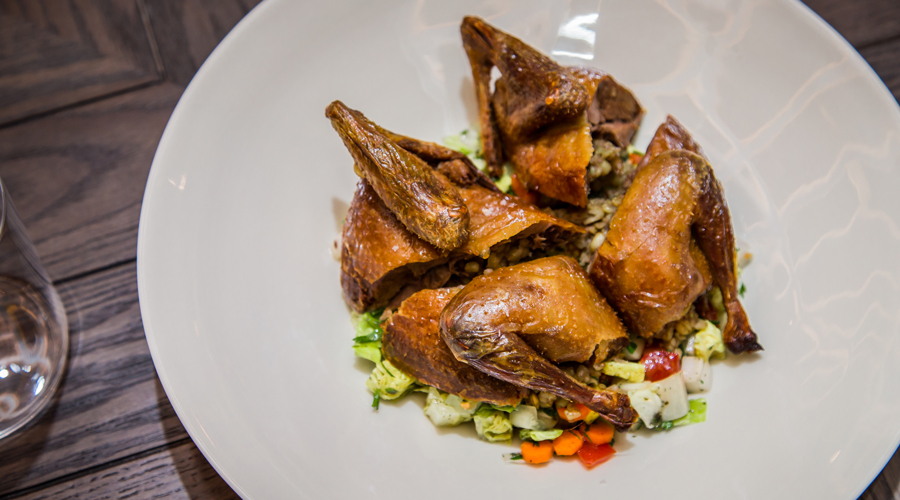 “I often say that starting off in watchmaking saved my life,” says Büsser, whose company generates US$15 million in revenue a year. “Not because I really adore watchmaking – that’s not the point, I used to adore car designing – but I entered watchmaking when the industry was virtually bankrupt.” He says Jaeger-LeCoultre was foundering when he joined the company 26 years ago. “The CEO became my surrogate dad. He said: ‘We’re going to save this company, come with us.’ He basically gave me a meaning.”

Half Swiss, half Indian, Büsser studied microtechnology engineering in Switzerland before being approached by Henry-John Belmont, the chief executive of then ailing Jaeger-LeCoultre, in 1991. He remained with the company for seven years before joining Harry Winston’s rare timepieces department, a company he says was also struggling at the time.

Büsser says he took a company with revenues of US$8 million and increased it tenfold. Yet the more the company grew, the more unhappy he became, with the death of his father ultimately leading him to seek therapy. “I went there to talk about my father but the therapist said: ‘What about you? If something happens to you today, would you have any regrets?’ And I was shocked because I was living the life. I was the man, the guy who’d come out of nowhere and was receiving all these plaudits – and I realised I would have a ton of regrets. The first was that the little boy who was sketching cars all the time had basically sold out. I’d become a marketeer. Everything I did was always to create products for market, always to create what I thought would sell and it was a complete abnegation of myself. It wasn’t what I wanted to do, it was what the market would take. And I was like: ‘What am I doing? Am I proud of this?’ No, absolutely not.

“When you create products that you think will sell – meaning you want to sell to the most people possible – you usually take all the character out of them. Nobody hates them but nobody loves them either. Our creations – a lot of people hate them. A lot. But those who like them adore them. We’ve got a very polarising creativity.”

Childhood looms large in Büsser’s work. There are spaceships, mechanical jellyfish and what looks like a rocket inspired by Buck Rogers but is in fact re-imagined from the stories of Tintin. His pieces have names such as Space Pirate and Aquapod while the company’s Mechanical Art Devices (MAD) gallery, pioneered in Geneva, curates quirky kinetic art. There are two other galleries, one in Taipei and another Dubai’s Alserkal Avenue.

“You need to increase the dose all the time. If you constantly do the same thing, you don’t feel it anymore. You’re always trying to push the boundaries.

“When I create I don’t care if people like what I do. I’ve actually come out with products – the Thunderbolt in 2010, for example, that I thought would bankrupt the company – but that piece liberated me. It also showed me there are people out there who are even crazier than I am and are okay if I go that one step further. It’s not a question of price, it’s a question of mentality. Am I courageous enough to wear a thing like that?”

Gordon Robertson, Zahira’s floor manager, serves us wagyu beef skewered with pearl onions and Hungarian peppers. There is Egyptian-style pigeon twice-cooked in aromatics too with freekeh and chopped Arabic salad.

“When I first started MB&F, it was very much about sketching my ideas,” says Büsser, who works with designer Eric Giroud. “When I found something I would refine it until I liked it and only then would I realise it was a spaceship or a car. Now, many years down the road – this is going to seem very weird [but] I have visions. When I’m alone. I have to be alone and that’s why I’ve created so much more in Dubai than when I was in Switzerland because when I’m in the workshops, I’m always interacting with people and I can’t create anything then. Here I just sit in the garden and let my mind wander.” 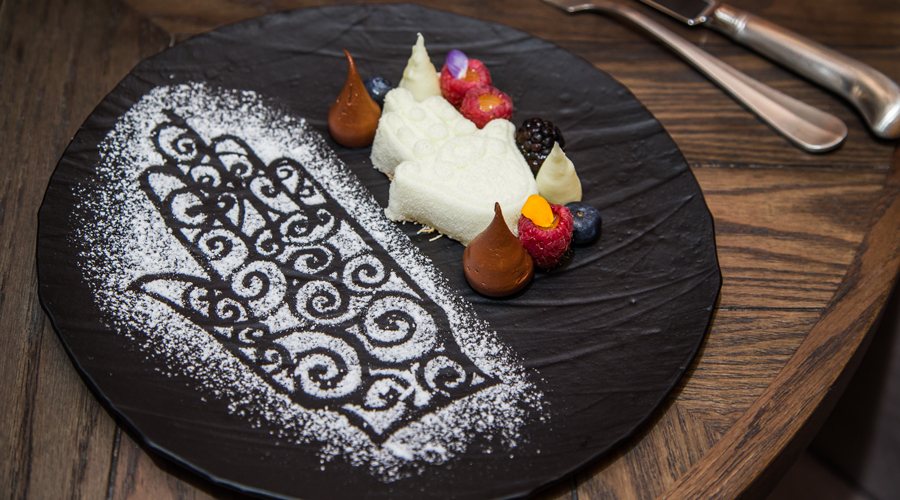 Does he have any regrets?

He laughs. “I’ve never been this happy in my life,” he says. “It’s actually very weird because I’m at a point where I realise I was always searching, always on a personal quest of trying to achieve what I wanted. And now suddenly, I’m getting scared.

“Before I had nothing to lose. Now I’ve got a beautiful family, we’ve got a really nice life here in Dubai, a house for the first time in my life and the company’s doing incredibly well. But I guess I continue my therapy with the brand.”