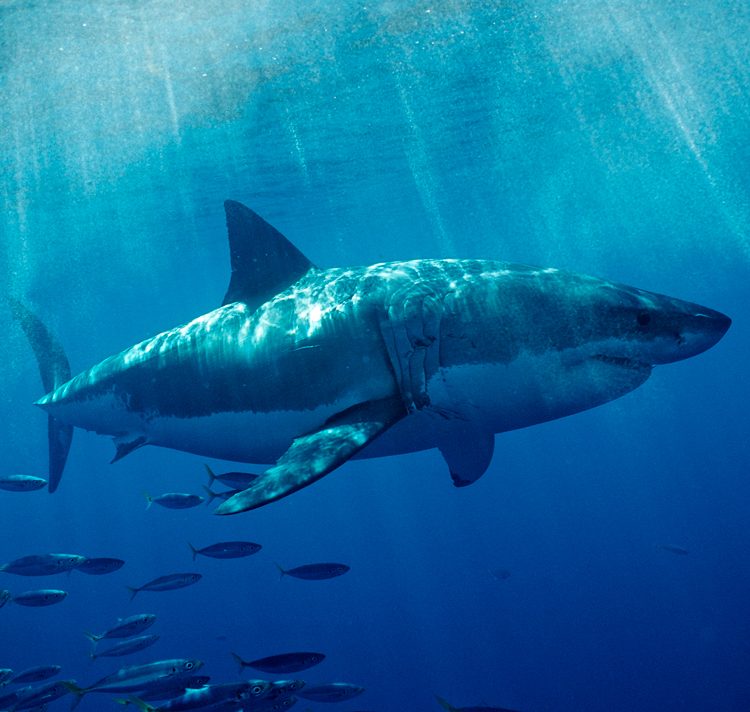 Smiling cartoon sharks peek out from the shelves lining the walls of Dr Chris Lowe’s office. For the boy who grew up next to the film set of Jaws, the shark mugs, posters, stickers and assorted memorabilia are evidence of a lifetime’s work and obsession with the kings of the ocean. But few would perceive the shark in such a harmless, animated manner. Since that cinematic triumph 40 years ago, they have been viewed as a beast to dread, a predator ominously circling ocean waters in warmer climes, just waiting to strike.

But are perceptions of them – and the Great White in particular – beginning to change? Lowe hopes so. It’s one of the central objectives of the Shark Lab, a department of California State University, where student marine biologists are deploying the latest technology to develop a greater understanding of an animal that still largely remains an unknown. Lowe – himself a graduate of the Lab, which originated in 1969 – has overseen the facility for the last 18 years and believes public attitudes towards sharks are beginning to soften, despite attacks increasing globally last year. He thinks sharks can eventually be viewed in the same manner as whales – villainised in the 19th century yet now largely regarded as a mammal of magnificence. “A hundred years ago people were deathly afraid of whales because they killed people – even though we were trying to kill the whales ourselves,” says Lowe. “The stories that were told to the people who would never see a whale were not those of them being magnificent, thoughtful, caring creatures. It was of a beast in the ocean. That perception changed when we overhunted them and created technology that prevented fishermen from being killed by them. Now the story is a bit different and people realise that they’re mammals who nurse their young like we do and are intelligent, social animals. They’re no longer viewed as being demonic. If we can do that for whales, we can do it for sharks.”

The problem is that with sharks, it’s just a little more difficult. The media benefits from the fear factor. Lowe grew up in Martha’s Vineyard, where Jaws was filmed in the mid-1970s and always harboured a fascination for the ocean. But his feelings are far from universal. He attributes the common fear of sharks to a “lack of knowledge”, with the Shark Lab keen to publicise all the findings of their behavioural studies in a bid to reverse that pattern.

Technology is their chief weapon out on the ocean – along with studying baby fish back in the university – with a range of measures at their disposal. It’s not merely a case of purely tracking the creature on the high seas anymore. There are video camera-equipped US$200,000 stalker shark robots, which can follow their every movement from a 100-metre radius. Then there are transmitters, predominantly attached to the fin, which act as beacons for the animals, measuring the temperature and depth of the surrounding ocean and drones that follow the migration and movement of sharks from overhead. 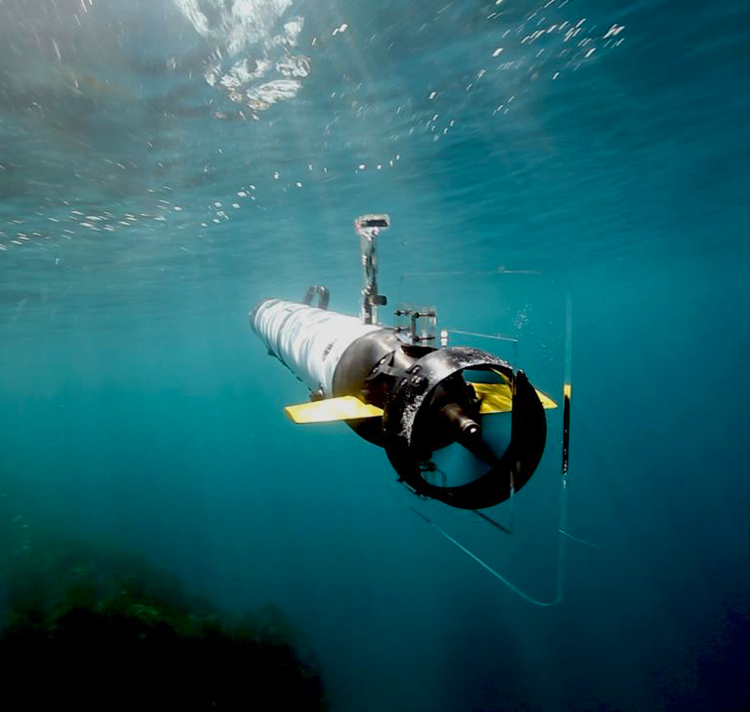 Combining the devices has allowed the lab to create a three-dimensional picture of shark behaviour. Among the conclusions drawn are that sharks can be hypersensitive to small changes in temperature – as marginal as a quarter-degree Celsius. It is a factor that could have major repercussions if ocean temperatures continue to rise. Shark populations might begin to sprout in previously inhospitable waters.

Surfers out there on the ocean can be close to a shark and the shark is giving a warning, but if they don’t see it, they don’t know

“By combining the technologies,” says Lowe, “we are starting to get a context. That’s something I never would have thought we could do 20 years ago. We can take all that information and then really understand whether the shark accelerated because it saw prey, because it was trying to get away from something, because the current changed or simply because it got warmer.”

The drones in particular have the double merit of being used to warn coastguards if there is an adult great white close to the shore. It is not a foolproof method, with only a percentage of sharks tagged, yet it is a potential preventative measure and a step in the right direction.

However, the technology still does not answer the question of why sharks attack humans. Lowe has been posed this one on thousands of occasions and he is not necessarily any closer to answering it. “We can say a shark bites a person because it’s in a feeding mode so maybe it considers the person a viable food option,” he says. “The problem with that hypothesis is that the majority of people who are bitten aren’t consumed. The other possibility is that they bite people because they think we’re food but once they bite us, they realise we’re not palatable. We just don’t taste good. The flip side of that is that those bites have nothing to do with nutrition. They’re down to defence. “Sharks, like people, have a personal space. The problem is that most people don’t see the shark that bites them. Surfers out there minding their own business are close to a shark and the shark is giving a warning but if they don’t see it, they don’t know. The challenge I have with all this is I don’t know if we’ll ever have an answer to the question.”

Attacks are only likely to increase with shark populations on the rise, thought to be due to environmental legislation introduced in the 1970s and 1980s to improve water quality. Cleaner oceans have prompted seal and sea lion populations to grow and thus food supplies for great whites have soared. However, the chances of falling victim to a shark attack are minimal – a fraction of the chance of being in a car or plane accident, for example.

For all the fear of sharks, swimmers and surfers are frequently within range of the predators too, particularly juvenile creatures who remain at a single beach for about a month at a time.

“The reason why it becomes an issue is people cannot accept risk. There’s a sanitation culture. If you go in the ocean, you could be bitten by a shark. That’s just the risk you take. So we can say just because you see a shark it doesn’t mean that you’re going to be bitten. That helps with people’s risk assessment.

“More and more people are using the ocean for a whole variety of recreational activities and you should expect to see more conflict. If we don’t change our behaviour, the animals aren’t going to change theirs. The tricky part is when someone gets bitten, how we respond and learn from those things.”

Even if a shark is spotted by those on the beach, should it prompt a reaction of terror? For Lowe, his hope is a simple one:,“If you see a shark, that’s actually a cool thing. Having those predators in the environment means a healthy eco-system.”