Ben Shewry is excited. Decked out in shorts and rubber boots, the New Zealand-born chef is standing in his 2,000-square-metre vegetable garden in the manicured grounds of Ripponlea mansion. Found in Melbourne’s southeast, it’s filled with 100 types of edible plants that he and his chefs tend every week and harvest every day for use in his restaurant, Attica. Just last week Attica placed 32nd in the World’s 50 Best Restaurant awards, making it the top-ranked restaurant in Australia. But that isn’t what is exciting him here in the garden. Right now it’s all about the success of a trial crop of an edible indigenous plant called murrnong.

“Murrnong’s a plant that the local Bunurong people had as a traditional crop and you can eat both the tuber and the leaves,” says Shewry. “We’ve been learning how to grow this for about four years and now it finally looks like we’re getting it right. We’ve got about 300 planted but we’re going to plant another 900. It’s exciting to grow something truly local.”

Shewry’s not alone in his excitement. Melbourne is a food-obsessed city, serviced by a thriving, progressive restaurant and cafe scene. Eight large fresh food markets ring the city and discussions about where to buy the best bread or seafood can get heated. It’s no surprise that many Melburnians are also into growing their own food or, at least, are learning how to do it.

There are two large urban farms within five kilometres of Melbourne’s city centre – Collingwood Children’s Farm and Ceres – that tread the line between providing educational facilities and being working farms. Then there is a network of nearly 300 community gardens sprouting across the city, plus 20 government-funded gardens on public housing estates and a schools’ programme called the Kitchen Garden Foundation, where children as young as eight learn to grow and cook their own food.

Access to the fresh, cheap produce coming from these gardens is the most obvious benefit of Melbourne’s love of urban farming, but it seems there’s plenty of nourishment beyond the edible.

Dr Claire Henderson-Wilson, a senior lecturer in the school of health and social development in Deakin University, thinks Melbourne is “leading the way for urban farming and community gardens” with “a growing recognition of their numerous health benefits”.

“Over the last few years I’ve conducted research on the benefits of community gardens and urban farms for [city] residents, particularly those who live in public housing,” she says. “My findings show people gain a number of key benefits. There is the access to a supply of fresh produce and the ability to save money on food but they also offer opportunities for cultural and social connections, improved emotional and physical wellbeing (including the ability to cope with stress) and the capacity to learn and share knowledge.”

At Atherton Gardens, an inner-city public housing estate of apartment towers dating back to the 1960s, different varieties of chillies, herbs, aubergines and beans clamber up makeshift trellises or spill onto paths surrounding the compact two-metre-squared plots. There is a powerful, invigorating smell of soil and herbs in the air, slightly at odds with the proximity of the city. Gardeners, alone and in pairs, tend their plants with quiet concentration, oblivious to the buildings towering over them.

Peta Christensen from Cultivating Community, a government-funded organisation that administers the city’s 20 public housing estate gardens, says the government started supporting the initiative nearly 25 years ago because people were already gardening on spare pieces of the estate and officials wanted to make it a formal arrangement. Then they realised a relatively minimal output could have a huge impact on the lives of numerous people. 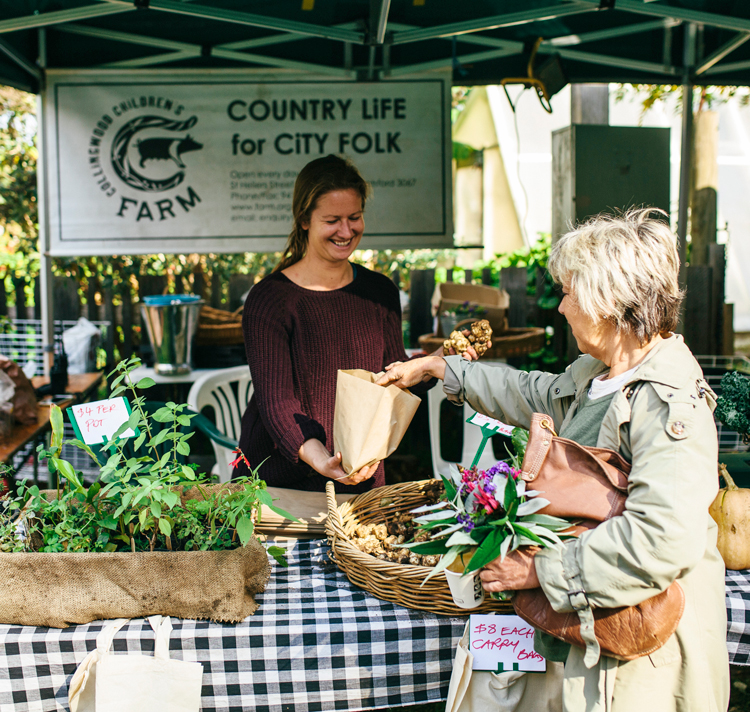 “This is a low-income community and so being able to grow food serves an economic purpose but there’s so much beyond that,” says Christensen. “When you live in a flat on the 17th floor, you’re very disconnected from the ground so there’s the therapeutic nature of getting your hands dirty. We also have more than 30 different language groups across all of our gardens, but gardening is its own language and when you’re working side by side comparing chillies or growing techniques, it’s a very safe way to get to know people.

“A lot of the people using these gardens have arrived as refugees and asylum seekers and they often come from agricultural backgrounds so growing their own food is a very big part of their identity and their culture. Being able to do something you love and that is familiar to you is good for the soul. That’s the most important thing you can get out of a garden.”

Just a few kilometres away in a gentrified former working class suburb called Brunswick lies Ceres, a community environment park – like an urban farming-cum-eco amusement park but with compost, chickens and horticultural classes rather than roller-coasters, it attracts 350,000 visitors a year.

There’s a recognisable hippy aesthetic to Ceres, perhaps a throwback to its 1970s origins, when it took over a reclaimed rubbish tip. The initial handmade, almost ramshackle, impression changes after a short wander around the serene 10-acre farm and it quickly becomes apparent there is a lot more going on here than handpainted signs and dreamy ideology. 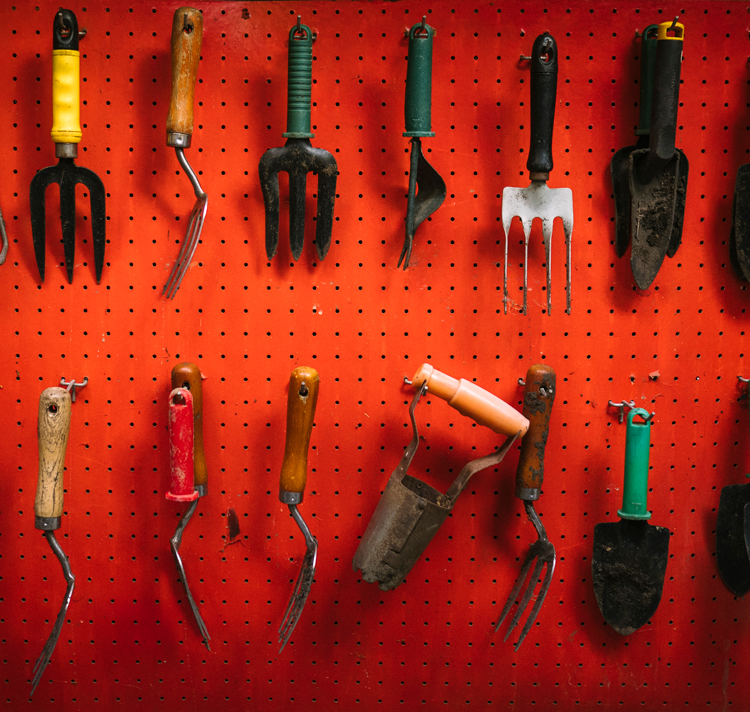 Ceres is actually a well-oiled, well-run machine (partially powered by solar panels and wind turbines) primed to spread the good word about growing your own food and teaching people the skills and confidence to do it for themselves.

The farm itself has an organic certification with a patchwork of small fields growing a variety of vegetables and a large coop holding about 200 chickens, whose eggs are collected, packed and sold by a group of young people with disabilities. Then there’s a propagating area and nursery, restaurant and community kitchen, beehives, an organic grocery store, community garden plots for locals and a whole series of horticulture-based classes and workshops. It’s hard to believe there’s so much activity here within sight of the city skyline, especially early in the day, when the only sounds are the wind and the occasional crowing rooster.

It’s physical – getting outside in nature, observing the seasons, getting your hands dirty – it makes you pause and think about what’s around you

“Ceres is a community food system,” says Melissa Lawson, the farm and food group manager. “We have built a rich and vibrant community here that is focused on reconnecting people with food – where it’s from and how it’s grown.

“There are many levels to reconnecting. It’s physical – getting outside in nature, observing the seasons, getting your hands dirty, encouraging you to pause and think about what’s around you. And once you are gardening, you start talking to other people about it and swap cuttings or produce or recipes or ideas. It connects people. Food is a leveller. It breaks down barriers because eating is both a necessity and a pleasure.”

Ben Shewry had a similar epiphany about the influence of gardening beyond food while working his vegetable gardens at Ripponlea estate.

No stranger to farms, having grown up on one on New Zealand’s North Island, Shewry always ate well from the vegetable patches his mother tended. But the reason he started growing his own food for Attica was less about a nostalgic longing for home and more about frustration at the lack of diversity and quality of the leaves and herbs he was able to source. 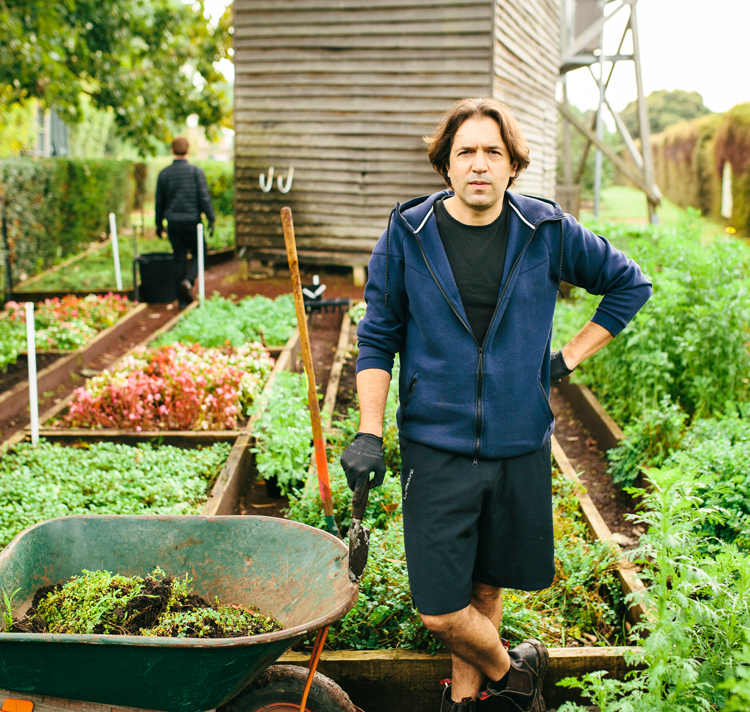 Starting with a couple of planters in the carpark behind the restaurant, he then expanded his scope considerably after “a meeting of the minds” with Ripponlea’s head gardener, who suggested the chef might like use some of the 14-acre property to grow produce for Attica, just a few minutes’ walk away. The serendipitous meeting has resulted in some of Attica’s signature dishes, like the aromatic Ripponlea broth, a thrillingly clear, clean chicken broth with 30 different herbs, hand-harvested from the garden that day, floating on the top. Each mouthful brings a different combination of flavours.

But, according to Shewry, the garden has also improved the culture, atmosphere and the health of his kitchen. “A kitchen is a somewhat unpleasant environment in terms of there not being a lot of natural light. You’re never working outside and you work anti-social hours,” he says. “It’s not conducive to good mental health so I decided to use the garden as a kind of forced investment in the wellbeing of my team.”

Everybody who works in Attica now must spend several hours in the garden every week. The work has given the chefs newfound respect for the hard work it can take to grow good ingredients but it has also changed the nature of the kitchen. “Having the sun on your face and getting to know the people you’re working with are really good things,” he says. “This kitchen is the happiest I’ve ever worked in.”

At Collingwood College, the school has taken a “get them while they’re young” approach to instilling a love of urban farming. This was the first school to sign up to the Kitchen Garden Foundation programme, founded by chef and author Stephanie Alexander, now run in hundreds of schools across Australia. It is a programme where children grow, harvest and then cook food as part of their regular curriculum. Ben Guest, the gardening teacher at the school, has recently expanded the programme from primary to secondary school students and thinks there are benefits and learning possibilities in addition to learning how to grow and cook healthy food. “These are all city kids so to get them outside and then enjoy being outside is a big part of what this is all about,” he says. “I want them to enjoy the environment so the idea of protecting it becomes more tangible. I also like the idea that gardens are hard things to get wrong and even if you do stuff it up, you can just start again. It’s a good lesson.”

There are more lessons for youngsters – 10,000 of them a year – just a kilometre away in Collingwood Children’s Farm, where vegetable gardens and fruit orchards are tended alongside a whole menagerie of animals – cows, sheep, chickens, ducks, geese and horses.

There is a petting zoo angle to the farm (though the animals are kept in pastures rather than pens) but the livestock also contribute to maintaining the farm’s self-funded bottom line via milk, eggs and meat while providing ways for city children to become more aware of where their food comes from. 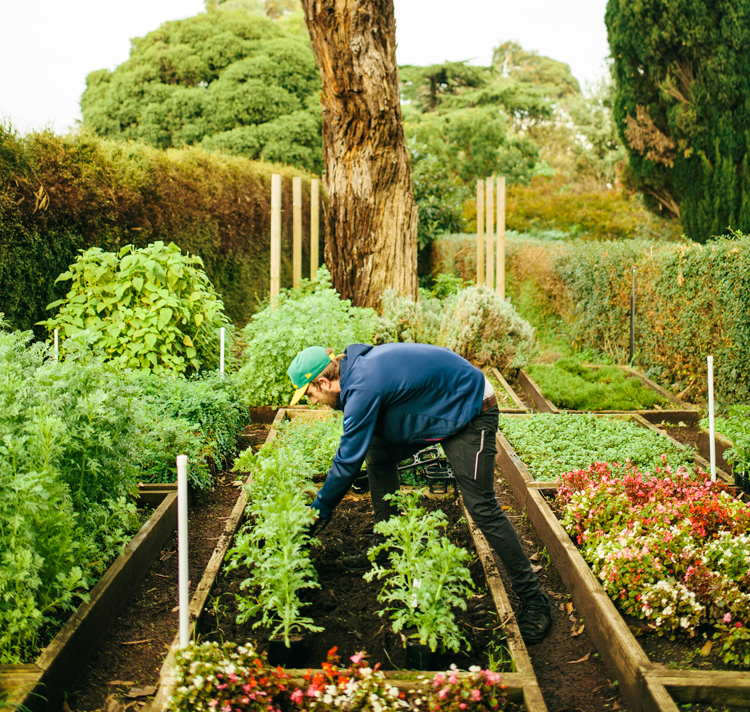 “We ask the kids things like where they think eggs come from and mostly the answer is the supermarket,” says Alex Walker, a former school principal-turned-farm manager. “Introducing them to real chickens and all the other animals – we milk the cows by hand – is a great way of getting them to understand about where the things that they’re eating come from.”

But perhaps the best thing about Melbourne’s urban farms is that they are free of hectoring dogma. They’re more about educating how to live better rather than preaching about the need to.

And away from the plate, teaching people to grow food, get their hands dirty, be outside, slow down and connect with fellow gardeners seems like an admirable – and perhaps increasingly necessary – thing to do.