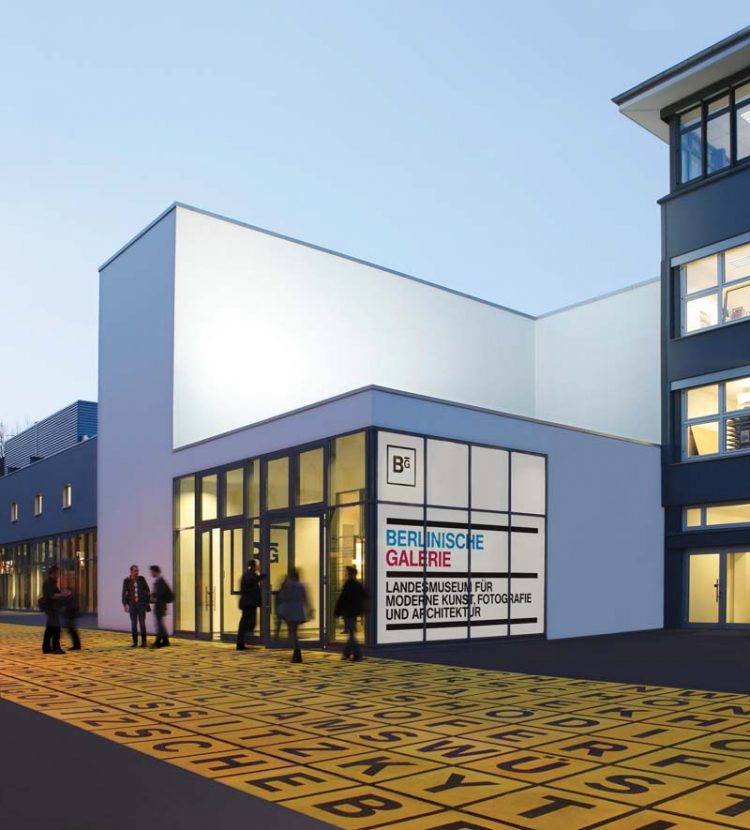 People with disabilities are limited in how they see the world in many ways. Curators at the Berlinische Galerie decided to take on the lack of access to cultural life for disabled individuals by creating a way for the visually impaired to visit the museum for modern art, photography and architecture in Berlin. More than a year ago, the gallery unveiled a project that would allow more independent access to the museum for visually-impaired visitors. Partnering with the German Society for the Blind and Vision-Impaired, they developed accessibility upgrades, including raised floor tracks to guide a visitor’s feet through the museum; an app with a beacon system enabling it to physically locate the visitor and play the appropriate audio tracks describing works of art in the museum; and, most exciting, seven tactile models of pieces of art from the museum’s permanent collection, “Art in Berlin, 1880-1980,” developed in cooperation with the German Society for the Blind and Vision Impaired and two visualisation-model companies. 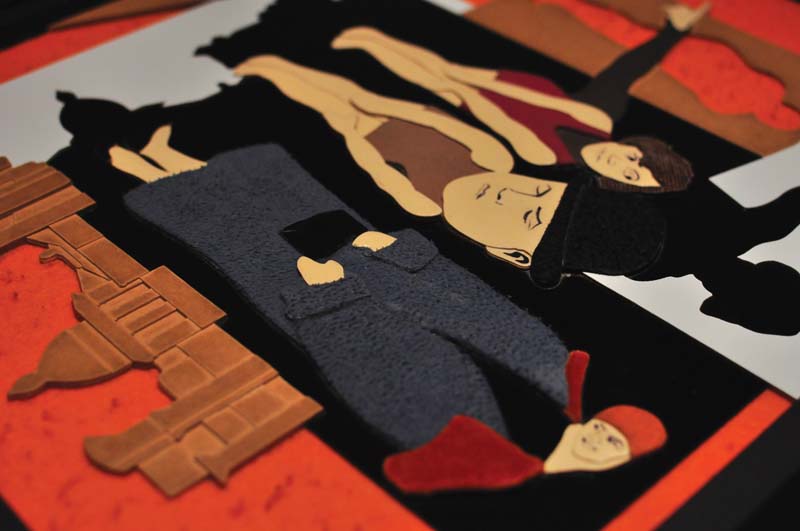 The modernist, somewhat abstract pieces are replicated in felt, wood and fabric to give visitors the experience of art from dynamic art movements, including the exciting Novembergruppe period, of which two of the pieces in the permanent exhibition are a part. (The museum is currently hosting a wider show of Novembergruppe works.)

Katrin-Marie Kaptain, the  educational consultant at the museum, says that vision-impaired visitors, as well as sighted ones, are curious to experience the
artistic interpretations of the tactile models, which help everyone see the art in a new way. I talked to a few visitors across the spectrum of sight about using their other senses to experience modern art.

Christine Rieger worked as an art teacher before taking a position with the German Society for the Blind and Vision-Impaired. She herself has a vision impairment. She used feedback from the focus group of the society to develop the audio guide text for the assistance app, and now gives tours to blind and vision-impaired visitors a few times a year, along with Dirk Sorge.

About the audio guide app:

“The special thing about the audio guide is that visitors with a visual disability can visit the museum independently and complete the exhibition. The audio guide has two systems: a technical system, which means that if they have the courage, they can access the text for the audio guide by using a beacon, which knows how to locate your smartphone and the image in front of it, so that the visitor can listen to the text independently, if they so desire. This is great for the blind. It makes them relatively independent as they move through the exhibition. The second system is of course an audio version of what is readable to everyone. But in addition, especially for the blind visitors, there is a special audio guide for 17 pictures. Of course, for some of these there are also the texture models. But this audio description is in addition, and is special because it offers a physical description, which is really for the inner eye, so that the blind visitor can develop another sense instead.”

“You can download the app on your own smartphone and read the text in a larger size at your house. When you’re home, you might be able to understand everything better, including the descriptions because you have the possibility to zoom in on your ipad and enlarge the image.”

About the tactile models:

“They are super. I can understand everything. For the vision-impaired, they are really good because of the strong contrast, so it adds to the understanding and is good for everyone.”

Eleanor Forbes is a Scotswoman who has been living in Germany for almost 25 years. She has had operations for her eyes, one of which sees blurred colours and the other of which can focus on close-up objects. To regulate her sight during the day, she wears glasses; to experience the museum, she took off her glasses and let her other senses take over.

“There’s lots of contrast of colour, and I can tell they’re looking to the left. They have a different texture on the hats, and the hair. You can feel the strands of the hair… their heads are roughly in the same direction. That’s very nice. You can tell they are dressed up for some occasion, in sleeveless dresses, for a party or summer outing.”

“There is a different texture between coat and trousers. The model is very complex – it’s got all different parts to it. You can feel the keys, different wood, all sorts of surfaces to feel. It feels like a complicated instrument he is playing, like a one man band or something. I can see a lot of color, and the feeling of the myriad contrasts makes it come to life. So it’s quite a jolly kind of music he’s playing. You get the impression that there are lots of different sounds, like there is something you’re activating.”

“It’s an exciting period in art, I think, because there was so much going on politically and socially. New things were tried all the time. You can tell by how different the paintings are, and how different the tactile models are, and the different effect they had on me. There were so many different styles going on. They were colorful, and had lots of textures. Those were possibilities that helped me see the painting with other senses.”

Dirk Sorge is a Berlin-born visual artist who works with video, interactive animation and sound. His vision impairment is part of what drew him to animation and video. “I got interested in programming because it gives me some kind of freedom, but also control. I know what’s happening because I’m scripting it, like a theatre director.” But the script itself allows for variation and randomness, which bring independent life to the work: “You have a strict framework, but within the framework you can be pretty flexible. It’s a powerful tool if you’re visually impaired. You know what’s happening, but there are also unexpected behaviours.” Dirk gives tours of the museum’s collection and exhibitions to blind and vision-impaired groups several times a year.

On the museum’s systems for the visually impaired:

“This museum here is special because as far as I know it’s the only art museum in Berlin that has permanently installed aids for blind people. It tells you that the museum is really paying attention to our needs.”

On the tactile models:

“I think the models are very helpful because you get a good sense of the composition. It’s always hard to describe everything, even with a good audio description. This way you get an impression of the whole image in your head. So when you have the tactile model and the description together, it’s very good. I’m not blind, but I have a visual impairment. I can see the colours if they are bright enough or if the lighting is good. The tactile models help because they offer contrast, and you can get closer to them than the originals hanging on the wall. The models are prominently in the room, and well lit, with a spotlight. Sometimes you can really find some details in the model that you would overlook on the original painting, even as a sighted person.”

Emily Eldridge is a muralist and graphic designer from the United States, who came to Berlin via Hong Kong and Barcelona. Glasses help her with her nearsighted vision, but as an artist who works with different textures and brushstroke techniques, the tactile models provide an additional level of experience with the artwork.

“It’s interesting because I can understand the volume of what the painter is trying to express. I can feel underneath the dress, the form of her body. By being nearsighted, I can see [in the model] some of the details that I can’t see in the image because it’s far away. Like her face, and the flowers in her hair, are quite blurry from here. To see some of the details brings the art to life a little bit more. Also the sensation of what the artist is trying to portray with the diaphanous fabric as portrayed in paint. It gives me a deeper feeling.” 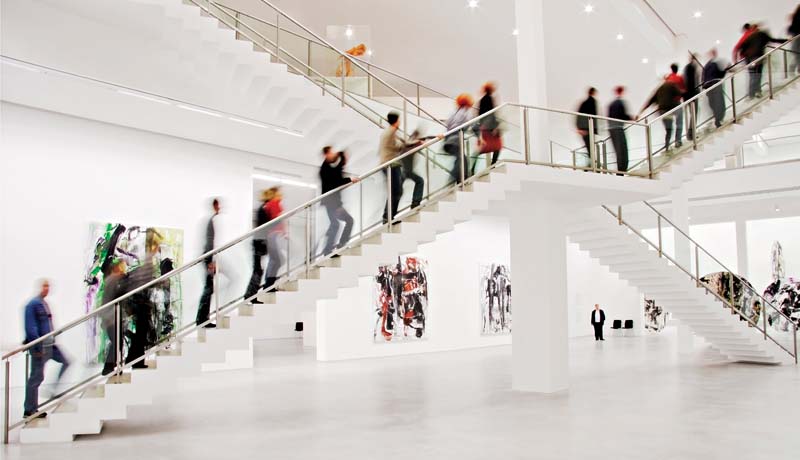 On Jenny Sitting Down:

“If you’re completely blind, you don’t need the colours or have a deep understanding of colour. But it’s interesting to feel the form of the figure, and the volume. You can almost feel the depth because her knees are higher than her hips, which recede a bit. The height of things is helping to understand the volume of the figure. Her face is more prominent than the background elements, which are lower, recessed. You have this feeling that it’s behind her. This piece of wall next to her is lower too. It’s interesting how they’ve used volume to show the depth of the piece. It’s also all smooth, so you can’t really tell, but my impression is that it’s smoothly painted and the artist has not used a lot of texture. Does this represent the brush strokes, or not? My question is, does it represent the painting style, or just what’s shown?”

“It’s interesting how they have used a lot of different types of wood, materials, fabric, some synthetic materials, wood grains, wood finish. And some velvet stuff. I can’t see anything, but I can feel that there is volume because some parts are raised, some receded. The painter has used, as far as I can tell, some volume or texture here in this black coat area. It’s hard to see, but I can feel a lot of texture. It’s cool. Not having inspected the painting, I’m curious if this is all painted or if it’s collage, or if it’s representing the textures that the painter has used. There’s a lot of different materials.”

On the texture models:

“I think in some of the more abstract works, I could sense there was a little bit more energy or movement because of the different pieces. Some of the classical stuff is represented in a more naturalistic way: one solid piece, or fabric, that gave a feeling of what the painter was trying to depict. They did an interesting job adding the collage elements where the painter was really painting something that was a little bit chaotic in style or had more movement to it…. They [the models] gave a sensation that the painting style was different, and the painters were very different people. But maybe I didn’t understand so clearly the texture of the canvas or the brush strokes. You did understand the form and the volume and the shape and the subject matter – that made sense. Btu texture or line work would be more difficult to deeply grasp. But generally I had a feeling for what was being depicted and how the artist created the work.” 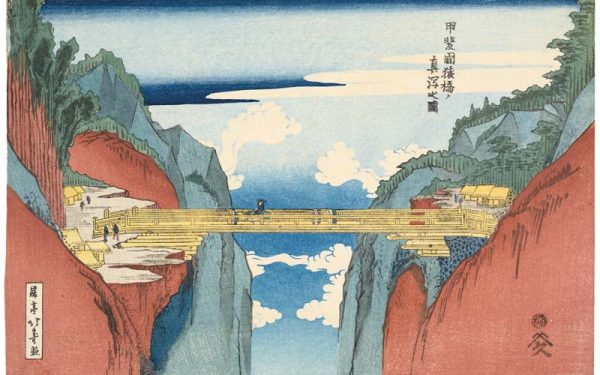 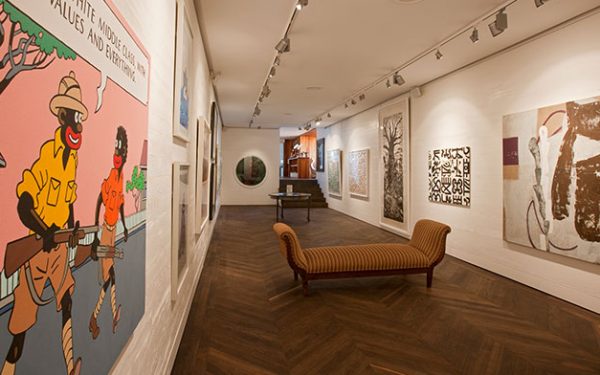 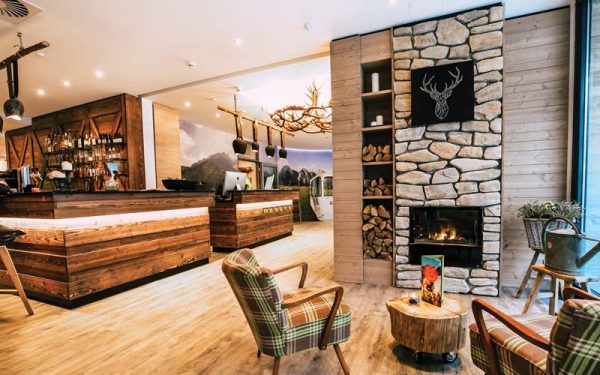