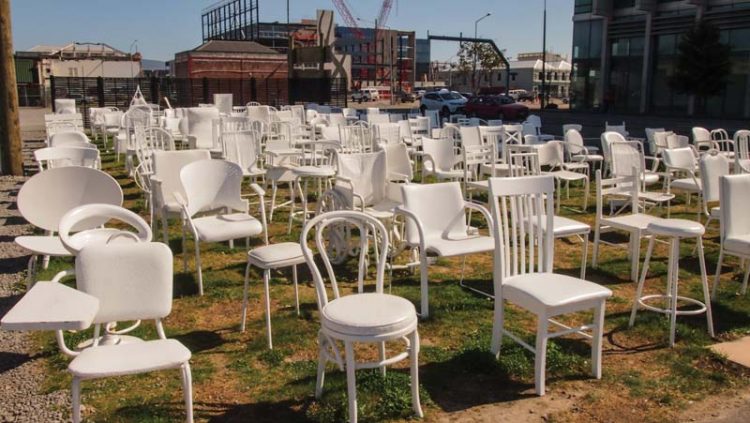 “Everything is going to be alright”. These words, spelt out in neon by Martin Creed, were first exhibited on the exterior of Tate Britain, London, and soon after in New York’s Times Square to welcome the new millennium. It was fitting, too, for the first colourful iteration of the piece to illuminate Christchurch Art Gallery Te Puna o Waiwhetu in September 2015 – as the institution reopened five years after the city suffered two catastrophic earthquakes.

Sometimes receiving a jolt can propel a city into finding new methods of creative expression. Sometimes it can be manifested through museum programming, but it can also grow organically. Christchurch launched itself as a street art destination after the earthquakes; the city, suddenly full of derelict buildings and containers ripe for graffiti artists, becoming reshaped.

Peter Majendie’s 185 Empty White Chairs on the site of the CTV Building where 115 lives were lost (mostly Chinese and Japanese students) is a truly eloquent memorial. The stark collection of chairs of different shapes and sizes united by their white colour, scattered on what is now a grassy wasteland, alongside the Transitional Cathedral designed by the Japanese architect Shigeru Ban.

SCAPE public art was producing new contemporary public art projects in Christchurch well before the earthquakes. Its 2019 edition ‘Rock Paper Scissors’, examined materials, patterns and rituals. “Everything comes from somewhere,” declares curator Emma Budgen. A standout work by Sui Jianguo was displayed by the Bridge of Remembrance: “Made in China is both a provocation – tapping into contemporary anxieties about buying local – and statement of fact. It’s an artwork made by a Chinese artist.”

As the world becomes full to bust with things made in China, the art scene in China goes from strength to strength. Blue-chip galleries and private institutions have been flocking to open spaces in Shanghai’s West Bund and Beijing’s 798 Art District for over a decade, since the Shanghai Expo in 2010.

Last November’s art week in Shanghai saw the opening of the David Chipperfield designed Centre Pompidou x West Bund Museum, a truly significant new landmark. Strong public projects are yet to be launched but by 2035 the city intends to be the leading art centre in Asia and public art is very much on their agenda. 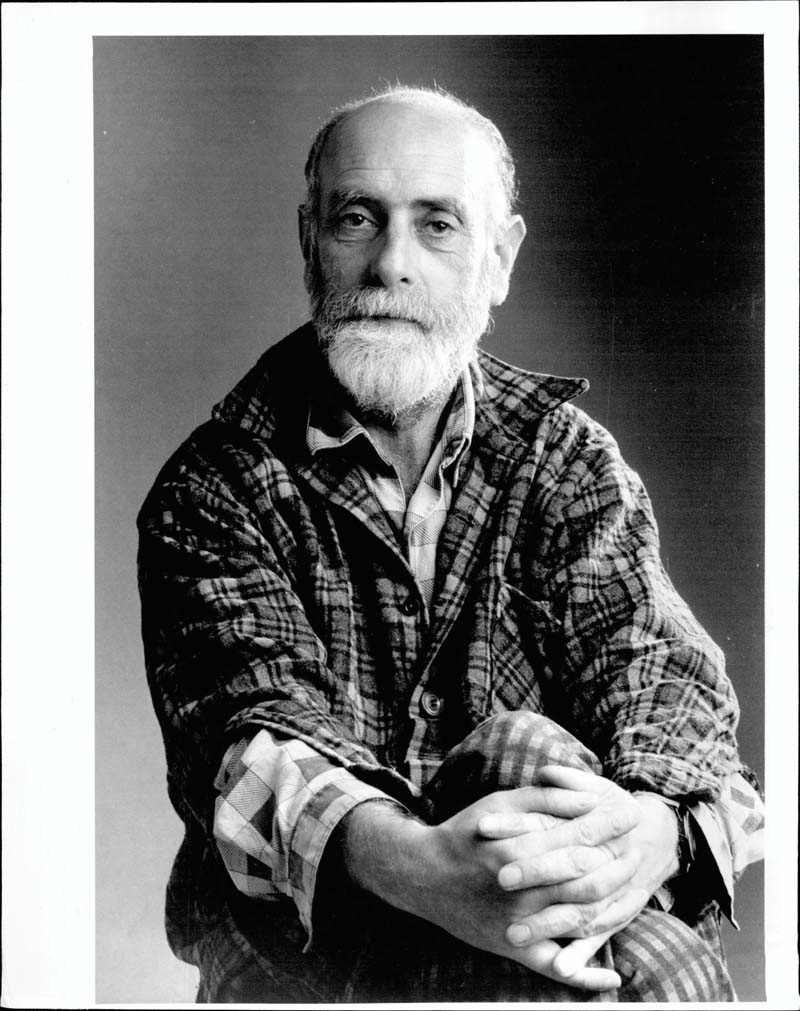 Shanghai hosts the annual international award for public art, which in 2019 commended El Seed’s spectacular project, ‘Perception’ (2016). The anamorphic masterpiece of Arabic calligraphy painted on the exterior of over 50 buildings in the Manshiyat Nasr neighbourhood of Cairo (known as ‘garbage city’) has brought the troubled community together and stands as a key example of the power of public art. Whether Manshiyat Nasr will become a fully-fledged tourist destination as a result of El Seed’s project remains to be seen, but there are examples elsewhere of districts springing to life thanks to innovative urban art schemes. Take, for example the wonderfully eclectic Gamcheon Culture Village in Busan, South Korea. Originally a shanty town where refugees settled following the Korean war from 1958, the village was given a new lease of life in 2009, with schoolchildren, artists and architects taking over spaces in the twisting alleys and transforming them into art installations. With new elements being added all the time, the village is a fascinating place to explore.

Another Instagram hit is a quirky spot on the tourist trail in Northland, New Zealand: the public toilets in the small town of Kawakawa created by Austrian-born artist Friedensreich Hundertwasser. It has been such a success that the late artist’s designs for a major arts centre for the region are being realised as the Hundertwasser Art Centre and Wairau Māori gallery in Whangarei, due to open in 2021. It will be the first gallery dedicated to contemporary Māori fine art and will also bring pieces from Vienna to be on permanent display. Supported entirely by the community, it will give the region a first-rate cultural destination.

A city famed for its spirited and vibrant street art scene is Buenos Aires. From Colegiales to La Boca murals abound, as local artist Irina Kirchuk observes, “the city has a unique energy, it lives on the street, thrives on spontaneity, disorganisation and is all the richer for it”. Krichuk has however shown abroad more than in Argentina so far in her career, her most well-known installation to date was for ‘Bold Tendencies’ in London’s Peckham in 2018, which remodelled the London skyline in pulsating sculptural forms using materials sourced from rubbish dumps.

The market for Latin American art has been on the up in recent years, Buenos Aires selected by Art Basel to launch ‘Art Cities’, to propel its artists and galleries into the global spotlight.

Luciana Lamothe’s “Starting Zone” was produced as part of this programme in 2018, her interactive installations creating temporary ‘in-between’ spaces. Ruth Benzacar Galeria de Arte brought her to Dubai as part of Art Dubai’s Residents Programme in 2019, the piece she created has joined a growing collection at Art Jameel.

Several of the projects in Christchurch funded by SCAPE public art are permanent: take for example Anthony Gormley’s STAY, a cast-iron human figure standing in the river Avon which runs through the city’s heart. It has a lifespan of 300 years and has played a therapeutic role as the city rebuilds itself after crisis. The city was lucky in this case as the artist gave a large discount, funding is often a prohibitive factor in producing public art projects. Fundraising appeals in communities can be successful, such as the Hundertwasser Arts Centre in Whangarei, as can key moments in a city’s history when public funding is readily available: such as an Expo.

We saw Shanghai’s cultural spaces open up as a result of Shanghai 2010 and have high hopes that Expo 2020 will have a similar effect on Dubai. What is crucial to bear in mind is how artworks can reflect and respond to the particular character of a city, understand the concerns of its communities and have a positive impact.