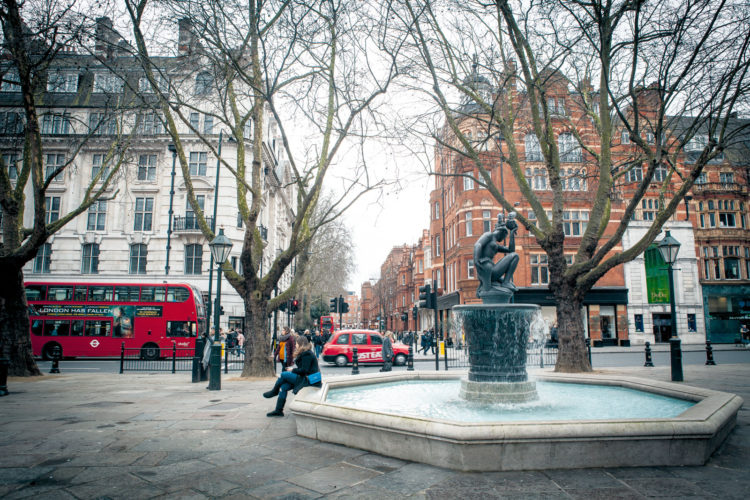 Skirting the north of the River Thames, Chelsea has been affiliated with high society since Henry VIII moved his royal court to the area in the 1600s.

In the late 18th century it became a Bohemian neighbourhood with artists, writers and radicals moving in, while many luminaries of the Victorian era lived here, such as painters Turner and Whistler and writers Thomas Carlyle, Jonathan Swift and Oscar Wilde.

The ’60s brought artists, designers and musicians, attracted by cheap rent and a cool reputation. The Beatles and Rolling Stones had homes here and designers Vivienne Westwood and Mary Quant opened boutiques on the increasingly outrageous King’s Road. By the ’80s the area was so fashionable that few of the artists and musicians that made it so popular could afford the increasingly high rents.

Now almost exclusively the home to the one per cent, Chelsea and the surrounding areas enjoys big investment from Middle Eastern, Russian and Chinese buyers. But then, with its grand Victorian townhouses, wide avenues and leafy squares, it was, perhaps, always destined to be the stomping ground of the super-rich. Here are some of our favourite places to spend the afternoon. 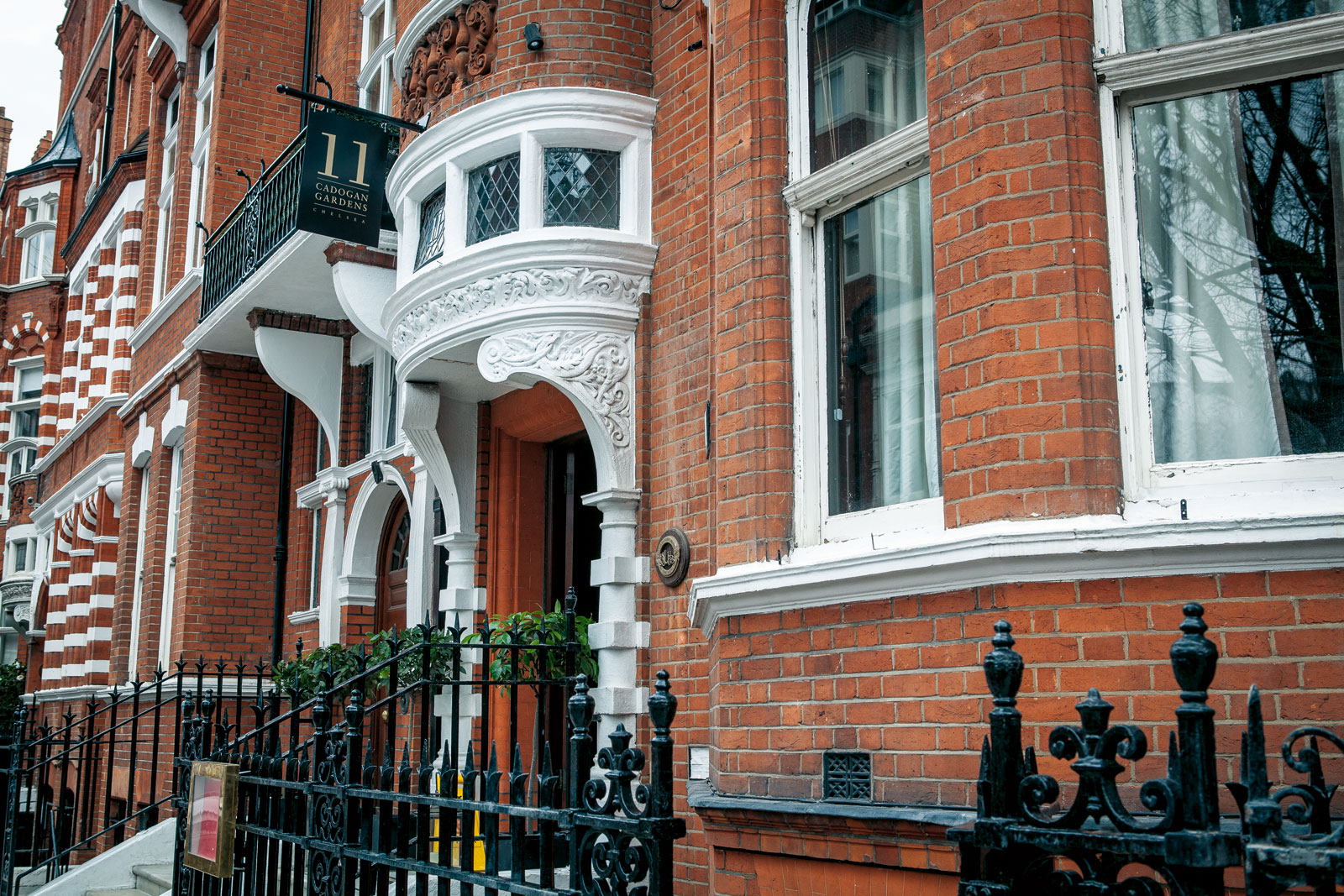 A stay at No.11 Cadogan Gardens will give you a taste of the splendour and elegance that lies behind Chelsea’s impressive red brick, mansion blocks. Located just a few hundred metres away from Sloane Square, the hotel is in the heart of the neighbourhood. With the feeling of a grand house rather than hotel and, despite its 54 rooms, it still feels intimate and exclusive. Built by Lord Chelsea towards the end of the 19th century as three separate residential properties, Cadogan Gardens was situated between Buckingham Palace and Harrods department store. In the mid-20th century the building was transformed into a hotel, becoming a popular place to stay for visiting aristocrats and politicians. The extremely spacious rooms represent a stately elegance synonymous with the neighbourhood, while the contemporary finish and style equates to a modern luxury hotel in a classic setting.

In The Area ( Three-minute walk ) This luxury food store and deli is home to Saturday’s fantastic Duke of York Square Food Market. A must for all foodies. Tim Bent scours the world for the finest handcrafted Victorian and Edwardian antiques. Only the most rare and engaging items will find a place in Bentleys on Sloane Street. With a special interest in travel accessories, expect to find leather goods and fantastic vintage trunks by Louis Vuitton, Goyard and Hermès. There’s also a good chance that you might also pick up a unique piece of 1960s furniture or a delightful gadget – like the Martin Baker ejector seat from a lightening jet. The store is unashamedly masculine, with lots of brown leather, polished metal and glass. It has the atmosphere of a Victorian prime minister’s office. The dedicated team has a genuine enthusiasm and real encyclopaedic knowledge of the objects that are on sale. In fact they love nothing more than putting the item in your hand, so you can feel the quality and craftsmanship for yourself.

In The Area ( Five-minute walk ) The rabble-rousing contemporary art gallery is always guaranteed to provoke and inspire, showing the brightest up-and-comers as well as established artists. 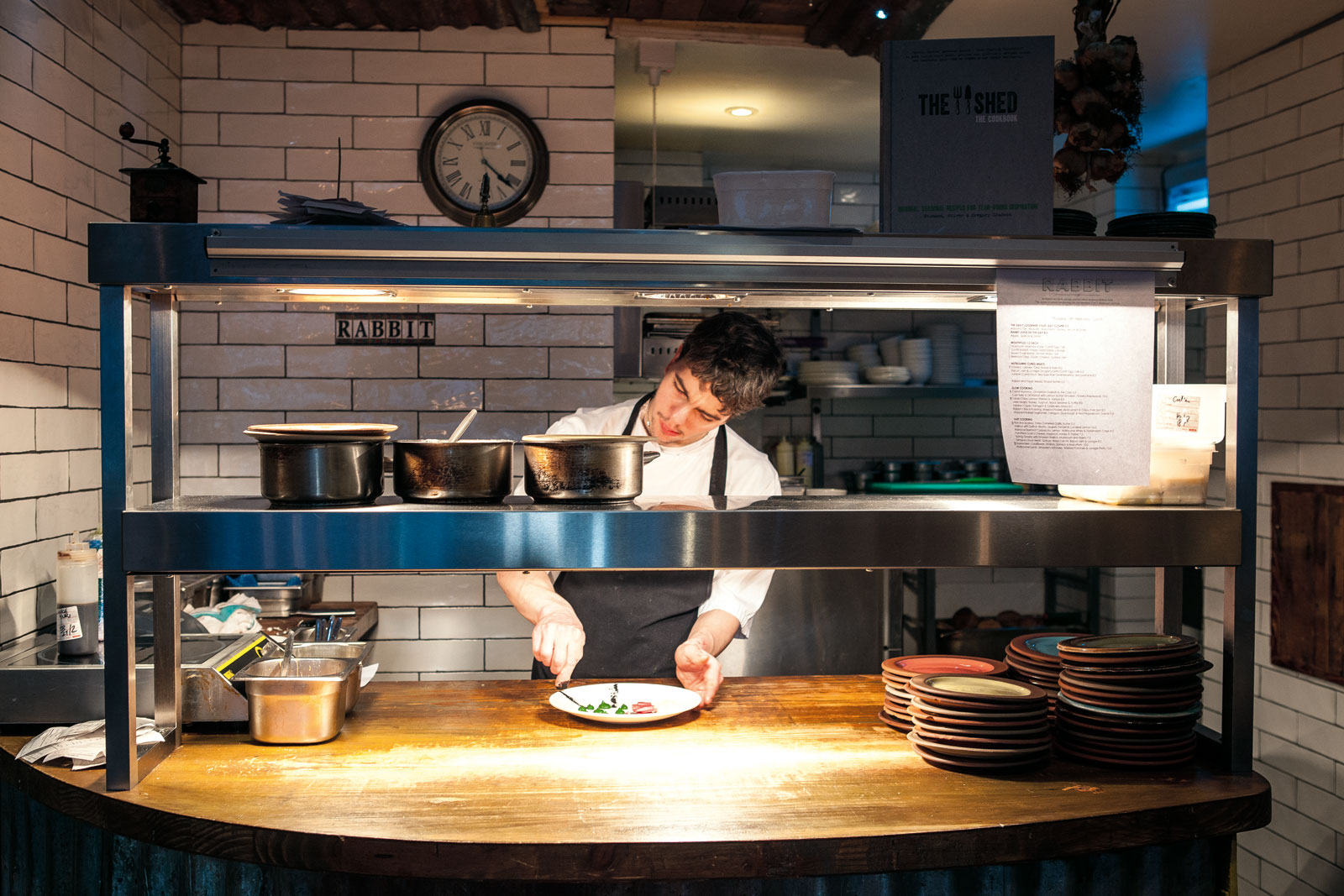 This achingly cool restaurant has a tongue-in-cheek rural feel, with up-cycled feeding troughs doubling as light shades and a tractor hood as a decorative centrepiece. Owned by the Gladwin Brothers who grew up on a farm and vineyard in West Sussex, Rabbit aims to bring the best of the British countryside to the city. Handily, one of the brothers became a chef, another a farmer and one went into hospitality. Pooling their skills, Rabbit is their second restaurant. With a strong sustainability ethos, the brothers source all of their food within 100 miles of London and have a strict no food waste policy. The menu is written each morning by head chef Oliver Gladwin, who uses what’s available and fresh each day. Many of Rabbit’s dishes use foraged foods that were traditionally eaten in the UK before that knowledge of the country was lost. 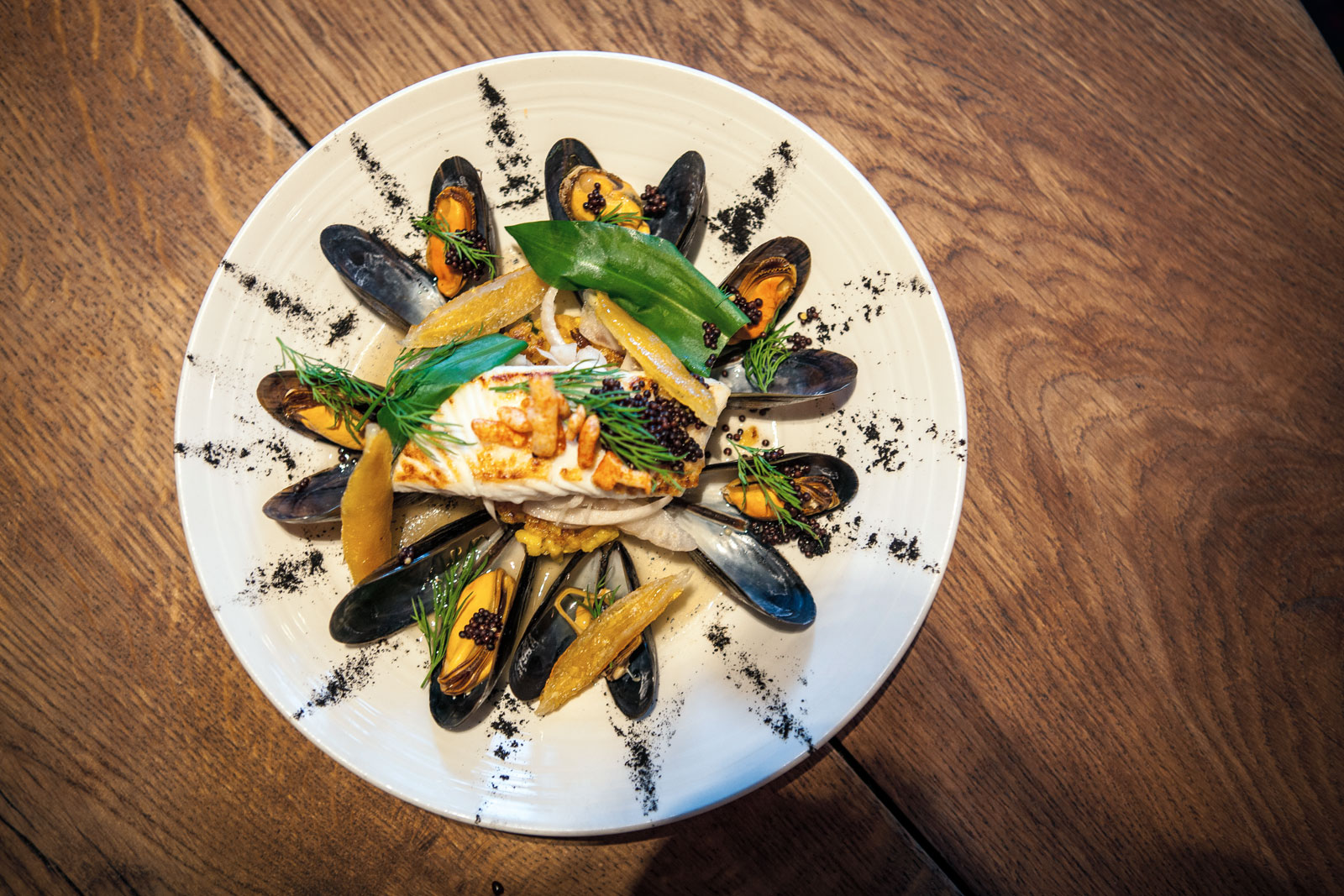 In The Area (Five-minute cab ride) One of Europe’s most groundbreaking theatres, this is the place to go if you want to see original, reflective storytelling.