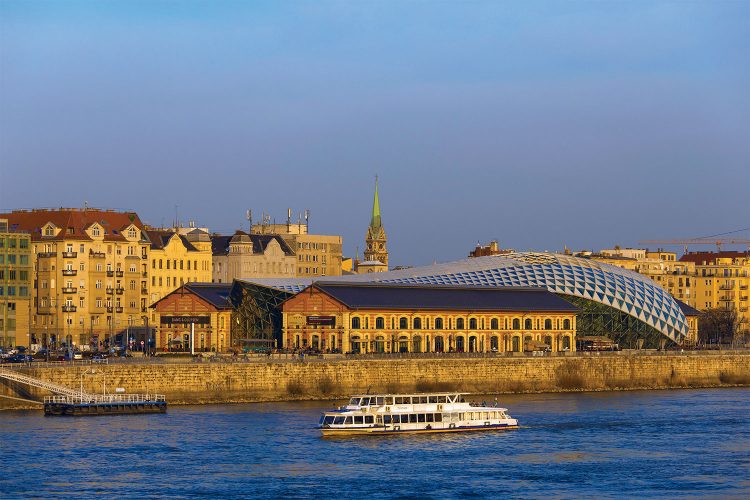 Not to be confused with Hungary’s most successful football club, Ferencvárosi, Ferencváros is Budapest’s 9th district, or kerület, named after King Francis in 1792. Bordered on the north by the fifth district, and to the west by the Danube (which bisects Buda and Pest), this Southeastern enclave is a glorious architectural mash-up of red clinker brick buildings, turn of the century facades, trendy “ruined pubs” and waterfront warehouses.

Liberty and Rákóczi bridges bookend the kerület’s enviable three-kilometre stretch of riverside, where merchant vessels once disembarked their loads. The embankment’s ship-shaped National Theatre, symphony hall (Müpa) and whale-like shopping hub Balna have all put Ferencváros firmly on Budapest’s cultural map. Traces of gritty urban decay still linger in former industrial pockets like Soroksári Road, where steam mills belched smoke and Hungary’s largest slaughterhouse earned Ferencváros its 19th-century moniker, “the stomach of Budapest.” But, new life has been poured into other dilapidated edifices like Élesztő, a glassblowing factory turned craft beer hall and experimental music and theatre hub, and Trafó, a former electricity station. Reinventing itself is what Ferencváros does best. Ravaged by floods not once but twice, in 1799 and 1838, it is its clutch of urban renewal projects (rather than natural disasters) that are now reshaping the kerület’s cityscape. Its globally venera-
ted rehabilitation scheme to replace pre-war houses in 1990 was even awarded a property development Oscar.

Pleasingly, greenery invades the bricks and mortar with a trio of parks. The most scenic, Nehru, spills out onto the Danube’s banks and affords unobstructed views of Gellért Hill and Buda Castle. A stone’s throw from here is semi-pedestrianised Ráday Street, where art, jazz, bistronomy and craft beer converge. Come summertime, this boho thoroughfare takes on a festival-like atmosphere, hosting a slew of music and food-centric events. For a culture fix all year round, you can rely on Ráday Street’s Púder (Powder) Bar Theatre, a ruin bar meets literary destination located a few doors down from Hungary’s ‘original’ Michelin-starred restaurant, Costes. Part souvenir bazaar, part street-food mecca, this 120 year-old, neo-Gothic masterwork is the city’s largest indoor market and located right on the Danube’s doorstep. Bypass the crowds and enter through Csarnok Tér (the back door), where Háztájtej’s toothless milk vendor grandma sets up daily. Follow your nose down the main aisle (where sauerkraut is still sold by the pitchfork) for a DIY breakfast of lángo, a Hungarian deep-fried flat bread, and peach curd strudel from the popular rétes stand. Here you can fritter your forints on Hungarian paprika, pickles and truffle chutneys, then head upstairs for hand-carved chess sets, painted eggs or Rubik’s cubes; interestingly, a Hungarian invention. As well as doing great goulash, the first floor’s soup kitchen is the place to frame a picture of iconic Liberty Bridge. 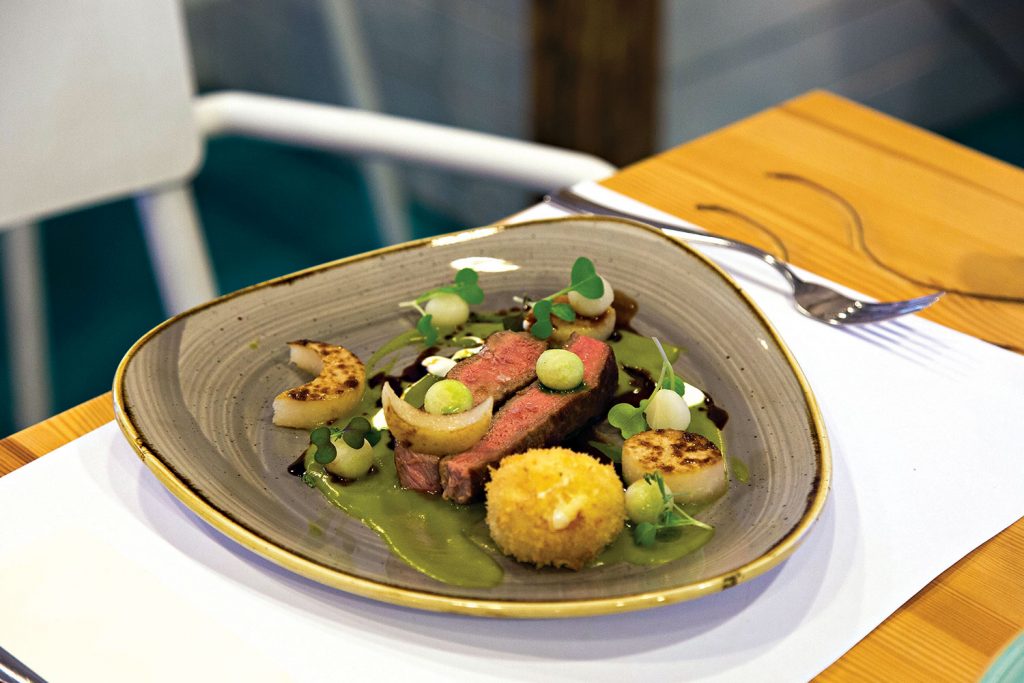 If you can’t make the 80km schlep to Hungary’s most famous lake (and Europe’s largest body of fresh water) the next best thing has to be eating its distinctive regional cuisine, right? You can do exactly that at this charming upscale bistro, run by Balaton-born gastro entrepreneur, Dániel Bezerics. Everything from the Balatonfenyves-reared Angus beef, to the Keszthely-made crockery, family-estate wine and staff, hail from the scenic Balaton Lake region, which boasts a unique microclimate. Standouts include their signature dish of pulled carp langos (Budapest’s answer to the New York bagel), wild boar terrine and red Caesar starter – a twist on the classic, paired with caviar chips. As you’d expect from a third generation vintner, the wine list is exceptional, and also includes some very affordable Hungarian Rieslings. 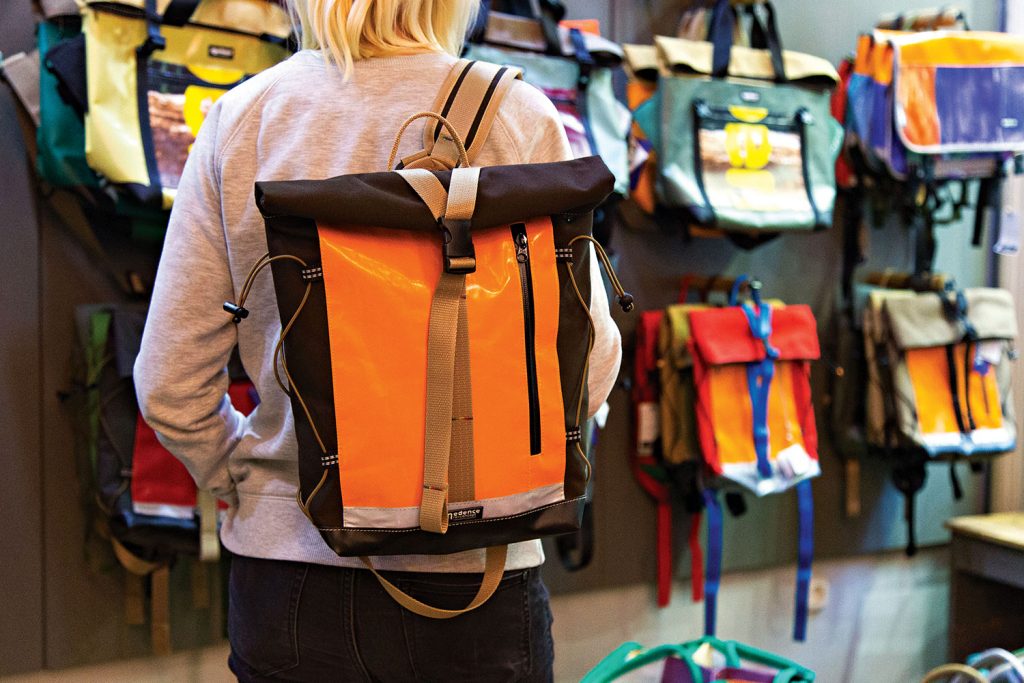 Started by three design graduate friends in 2000, this atelier and gallery upcycles old billboard signs and advertising banners into socially useful, stylish totes. They also host monthly recycling DIY workshops where you can fashion your own backpack, laptop or handbag. Taking a soak is a rite of passage in Budapest, which sits on 125 thermal springs that have been exploited since Roman times. In 1928, the City Council ruled that every district should have a public bath, and so the humble Dandár was born. What the brick-fronted, Art Deco Dandár lacks in Ottoman-style indulgence, it makes up for with a local crowd and 1,400 Forint (US$5)
entrance ticket. Once you’ve mastered its labyrinthine system of lockers and changing rooms, there are three indoor and two outdoor pools to cure your ills. Between the aromatic rubdowns and games of water chess it’s easy to while away several hours here. Just be sure to hold your nose if you drink from its
sulphurous fountain of youth.

Take a three-minute walk to: 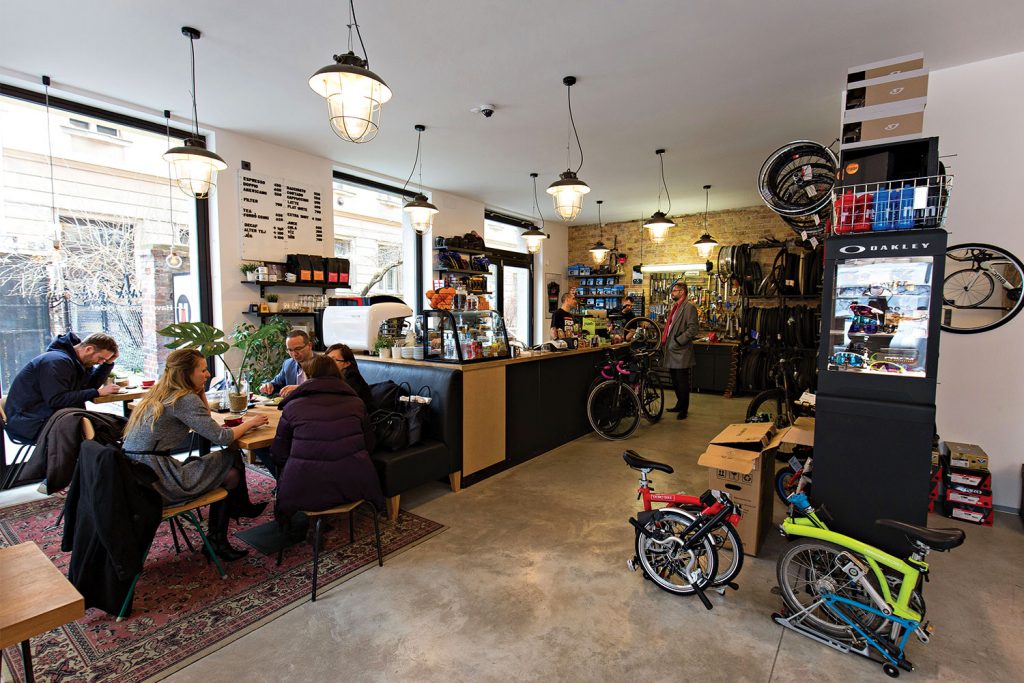 Stylish cycling apparel, ambient beats, specialty beans and retro bikes are all on the menu at this friendly new wave coffee shop, also a local favourite for its bike repair service.

Now walk for eight minutes to: 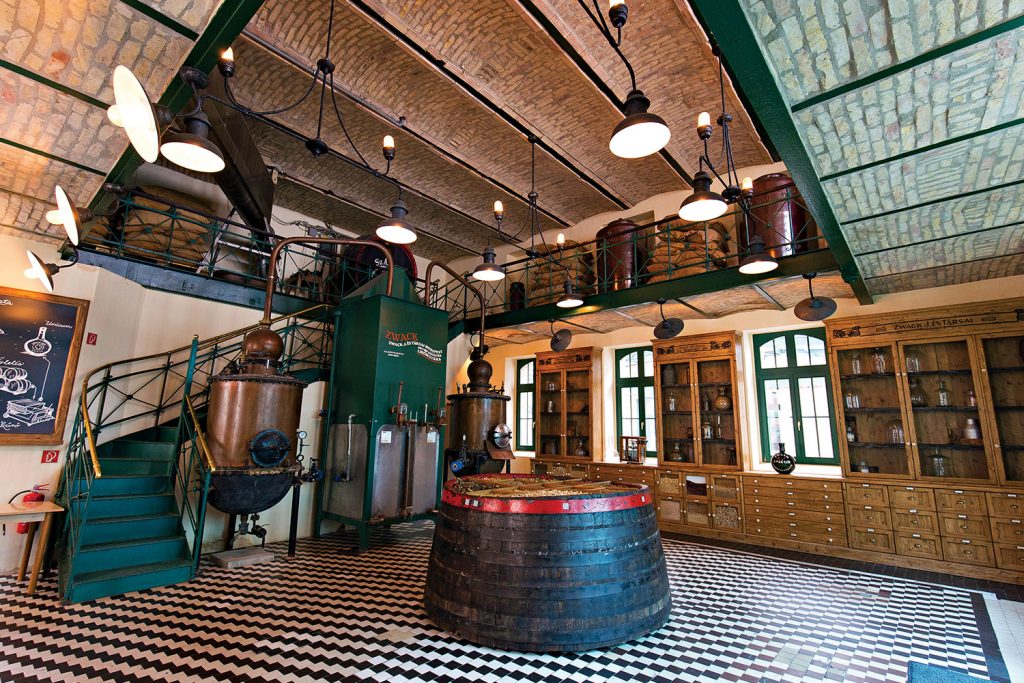 A museum devoted to bittersweet Hungarian liquor may sound bonkers, but we can’t recommend this place enough. Unicum’s 200-year-old history, spanning six generations, a World War and Communist rule, is laid bare across the site’s subterranean chambers, factory grounds and exhibits. The national drink’s top-secret formula (made from 40 exotic herbs and spices) remains closely guarded by the Zwack family, however. It honours the same recipe invented in 1790 by Doctor Zwack, royal physician to the Austro-Hungarian Emperor. The beautifully curated museum is home to all sorts of oddities, including the world’s largest miniature bottle collection. Make time for a tour of the atmospheric distillery, which wraps up in the factory cellars with a shot delivered straight from the cask. 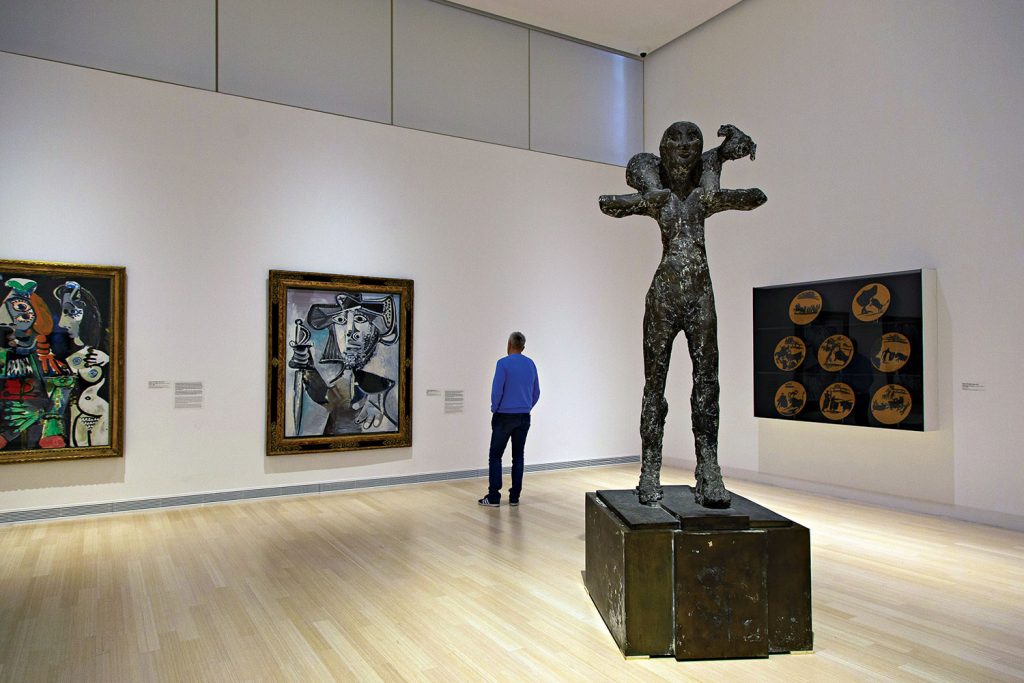 Dominated by the National Theatre and Müpa, Ferencváros’ Danube embankment is a good place to tick off several cultural landmarks in one hit. The Ludwig occupies an entire wing of Müpa, the city’s millennial cultural complex, shared with Béla Bartók National Concert Hall and the Festival Theatre. Its vast 3,300 sqm space showcases international art spanning the past half-century, including works by Pop Art heavyweights Rauschenberg and Warhol, as well as Hungarian painters, Konkoly and Lakner. 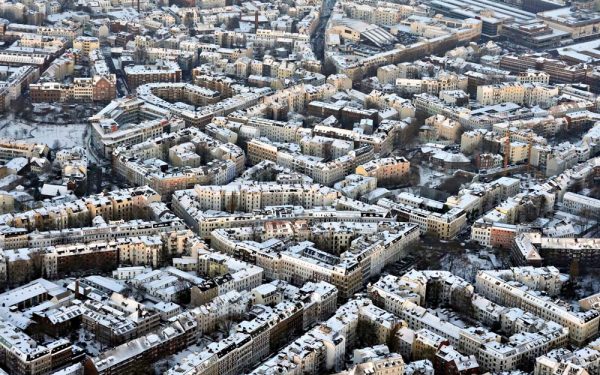 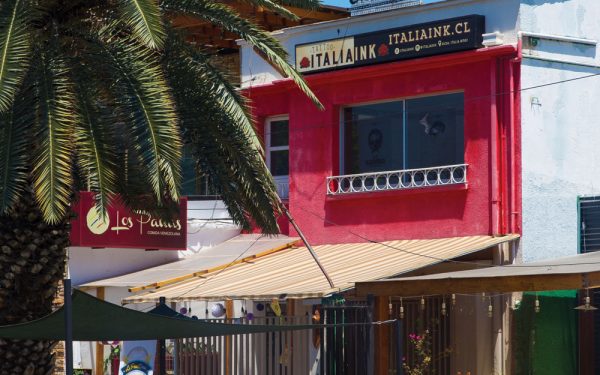