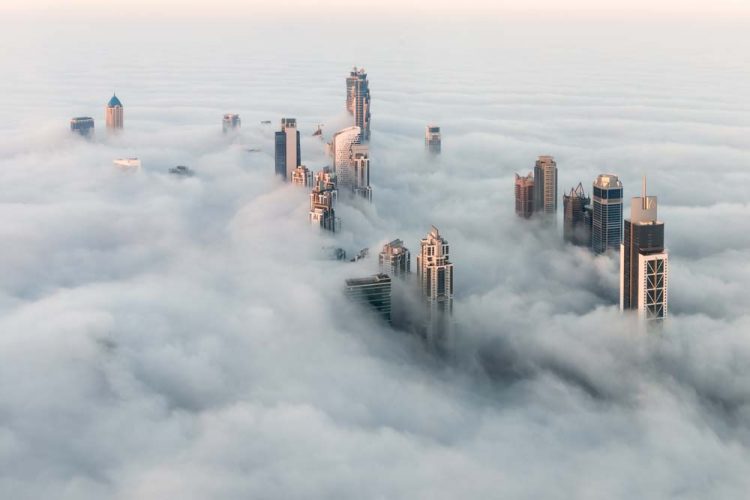 A food truck without wheels wasn’t quite the green light Deem Al Bassam and Amal Al Marri were hoping for – but for now, it would do.

The brand-new cofounders of SALT – a homegrown burger popup in Dubai that they hoped would one day rival the American chains so prevalent in the city – were trying to persuade a government official that their food truck was a good idea. It wasn’t going well.

After buying an Airstream on eBay: “We went to the municipality and they didn’t even know what to classify us as,” recalls Al Marri. “We told them, ‘put us down as a kiosk’, but then they were saying we have wheels, we were telling them we’re not going to use them… it was a very long, challenging conversation! We ended up just hiding the wheels.”

The twenty-somethings then headed to the beach; no trade license, no permissions, and managed to convince what Al Marri describes as “a bunch of guys sitting outside a tent” to allow them to serve food. Fast forward to 2019: the beach location may remain, but SALT has cemented itself in the region as a local purveyor of 100 per cent halal certified wagyu beef burgers, salty fries – and the ability to eat said items with one’s toes tucked into the white sands of Kite Beach.

The business has since expanded to nine other locations across the country, as well as in Riyadh. The female duo behind the chain epitomise one of the local success stories of Dubai – the kind of story that makes an office worker with an idea sit up and take note. But how easy is it to start a successful business from the ground-up in the city?

Small and medium-sized businesses in the GCC have some serious collective heft; market reports suggest an employment potential of 22 million people and a sector value of US$920 billion by 2023.

For Craig Moore, like so many others, the viability of the scene was clear. Having just sold his tech company to IBM in the UK, he was starting to notice a flurry of interest in tech-based crowdfunding platforms in the country, although the scene was quickly saturating. But in the Middle East, the concept was still non-existent.

“My entrepreneurial mindset went a), there’s no one operating in this region and b), was there an opportunity to create a leading platform here?” says Moore. “So I moved here to set up Beehive. I chose Dubai because it’s seen as a huge hub for this region, not just logistically, but for talent – and particularly if you’re building a tech business or bringing new concepts to the market. It gives you a good dropping off point for the region, whether it be GCC or MENA.”

Moore saw the difficulties of businesses trying to secure funding from the banks in the region, “who were traditionally pretty risk averse,” he adds – SMEs represent 95 per cent of total businesses in the UAE, but account for just 4 per cent of bank loans. But what if a region desperate to invest could be connected with established businesses needing a cash boost?

“We don’t help startups,” says Moore, “only existing, credit-worthy businesses that would traditionally go to the bank for a loan.” Businesses registering with Beehive need a minimum revenue of AED2.5 million to be registered onto the platform, with investors free to put in as little as AED100 into businesses to build their online portfolio.

The risk was high – Moore recalls the difficulties of not only building brand equity, but the educational investment needed to create awareness of the concept of P2P lending itself. But the gamble paid off: Beehive has facilitated funding of nearly $100m to more than 450 business funding requests since its inception, and has over 12,000 investors on its platform. 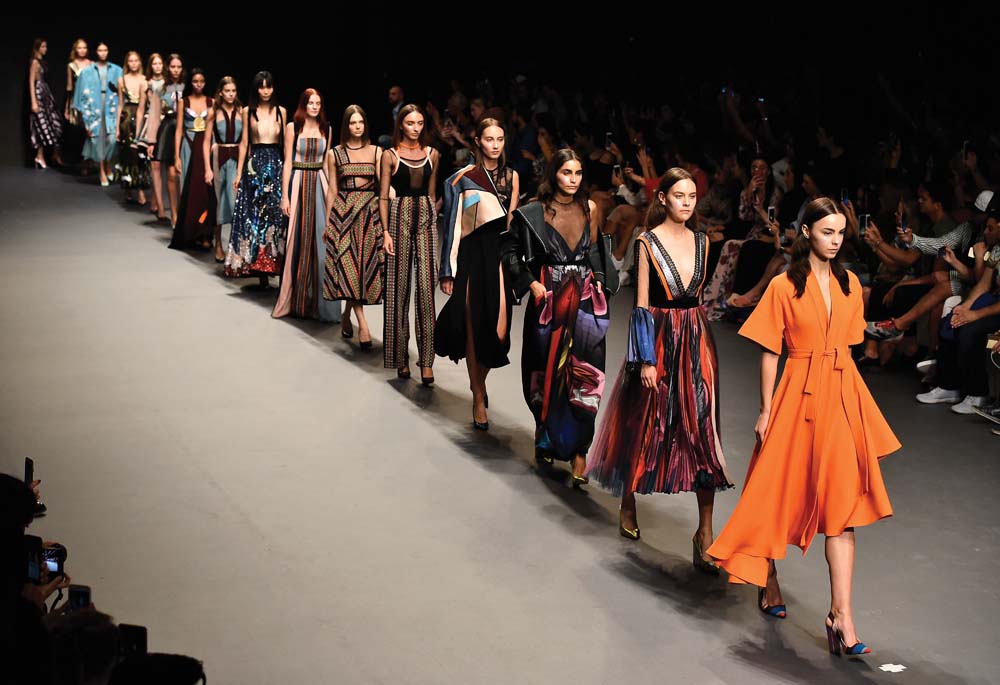 Though lumbered with the beginnings of regulation and awareness building,  startups can benefit from the city’s newness. When a law came in legalising Airbnbs within the city, Anna Skigin was one of the first to make the leap. Her Airbnb management company, Frank Porter, currently manages 50 properties around the city, with an estimated 300 by 2020.

“I got interested in the business model and realised that Airbnb was only legalised by the Department of Tourism in 2016,” she says. “We moved to Dubai to start the business in late 2017.” With a projected one month launch time: “It actually took three, which is still not that bad,” she adds – Frank Porter went live in late 2017, and is now in the fund-raising process for its expansion.

“I think in the Middle East in general, there are more investors looking for good ideas, because the startup scene in Dubai is still really new,” says Skigin. “Obviously tech is always where people want to invest, but we are seeing a lot of people interested in hospitality.”

Fashion, too: with retailing in the UAE set to reach AED200 billion this year, the country’s ready-to-wear scene is still in its infancy, but potential is there. Fashion Forward Dubai, launched in 2013, is where many local brands go to launch labels – with the platform looking to add an ecommerce site where customers can buy clothes straight off the runway.

Though Dubai is known for its lack of red tape, founding a business when you’re the “ideas person” can be onerous. For Neil Petch, the answer was simple. He founded Virtuzone in 2009, its mission to remove the complexities of company setup in the UAE. He is evangelical about the destination’s attractiveness for a startup, and believes that the country could overtake traditional offshore destinations, as well as competing with major global financial centres such as New York or Hong Kong. “First off, the UAE is a robust, sovereign nation: we have own revenues from tourism, oil, F&B, and real estate, so it’s not solely dependent on one thing.

“And as such, it sets the bar very high; it’s an amazing hybrid. We have two tier 1 financial institutions – DIFC and Abu Dhabi Global Market (ADGM). That means in order to bring customers in that can set up in those institutions, the amount of compliance has to be incredibly high, as it would be in London or New York. We are FATCA compliant, and the UAE is going through a lot of processes in order to increase its regulatory compliance.”

Geography is another oft-espoused benefit, with two of the world’s biggest economies – China and India – on the UAE’s doorstep. The new Belt and Road strategy in China will prove fruitful to the UAE, due to its reputation as “safe, neutral and lovers of trade,” adds Petch.

The key building blocks for a thriving ecosystem look to be in place, with the number of startups in the UAE having grown considerably in recent years. SMEs account for 95 per cent of the establishments in Dubai, with micro firms taking 72 per cent of the overall business count in Dubai, followed by small and medium firms accounting for 18 per cent and 5 per cent, respectively. 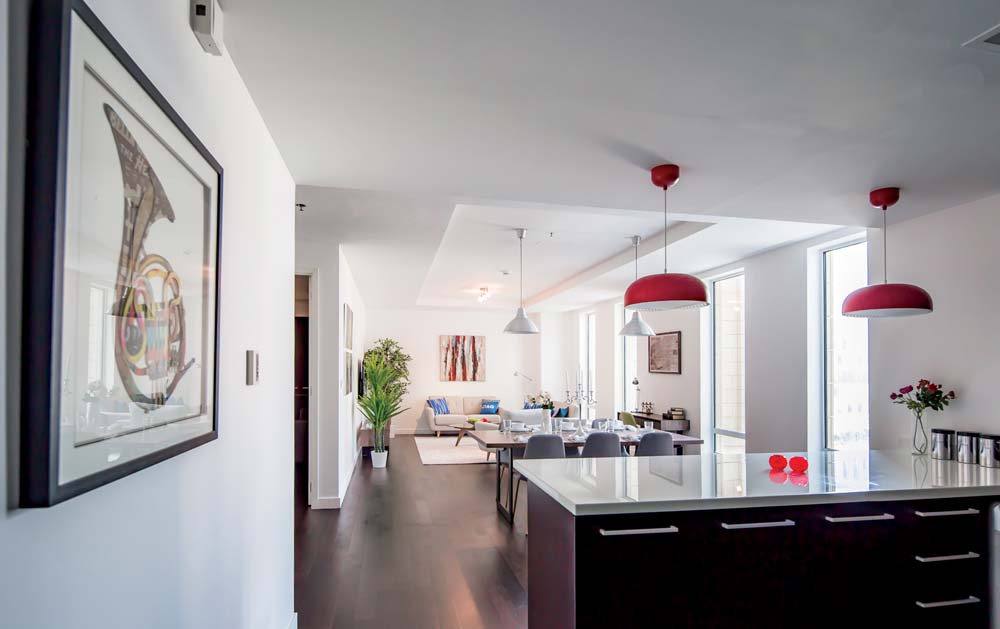 To deepen this existing ecosystem, there now needs to be a systemic consensus on the importance of homegrown startups and SMEs.

“Government and regulators have seen that they’ve got to create an environment that will encourage people to come here and set up more tech-based entreprenerial ventures, or that need a certain amount of capital to set up,” says Moore.

That’s the difference. Will someone come here and try and raise US$5 million, or will they go to London? Six years ago, the answer was crystal clear. But now? Things are starting to change.” 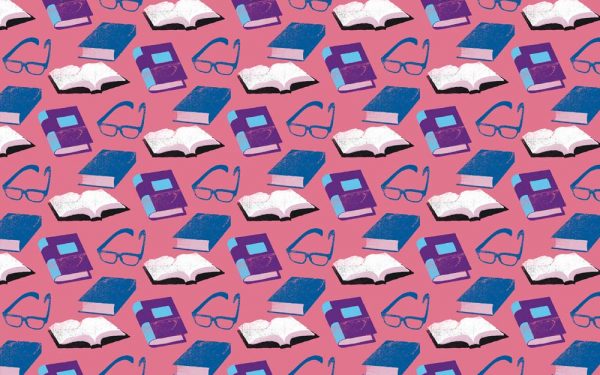