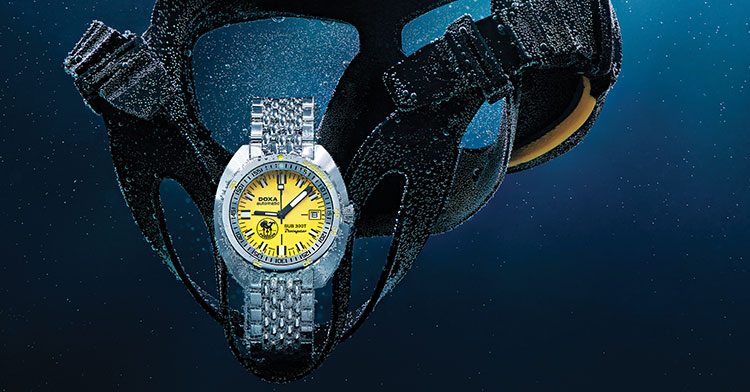 The DOXA diving watch has its roots in 1960s America. Previously a hobby for the uber-wealthy or the military, the Aqualung democratised diving and saw the public start to take up the sport in droves. DOXA, a Swiss company, decided to capitalise on the growing trend, their resulting timepiece containing a number of features that were a first of their kind.

Take the orange dial, tested in the waters of nearby Lake Neuchatel and considered to be the most “readable” colour below water. Or a minute hand substantially larger than the hour hand: a seemingly obvious decision for divers who see air time in minutes, not hours.  This year, the company has recreated a collectable piece from the 1970s, the Sub 300T Divingstar ‘Poseidon Edition’.

With a vintage case and new bright yellow dial, the timepiece has undergone a makeover: the crystal is scratch-resistant sapphire, water resistance is up to 300 metres, and dial markings and hands are coated with layers of afterglow pigment for optimum legibility in murky conditions. The ‘70s may have been the era of discovery of scuba diving, but this watch ensures a valiant return to the golden age.

And three locations to test it out in… 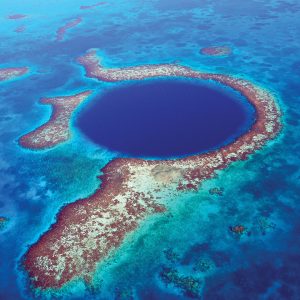 Not for the faint of heart, this giant marine sinkhole was made famous by Jacques Cousteau, who declared it to be one of the best dive sites of his lifetime. It is 124 metres at its deepest point, dark, and full of stalactites, midnight parrotfish – and the occasional hammerhead or bull shark. 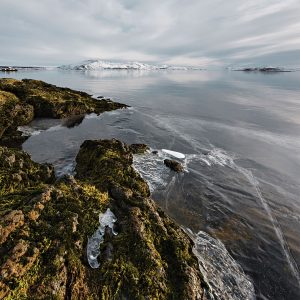 Straddle two continents at one time at this site in Iceland, which descends between North American and Eurasian tectonic plates. Trout and arctic char may be your only companions, but eerie rock formations and some of the clearest water in the world will ensure for an unforgettable dive. 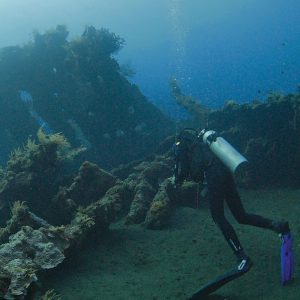 One for wreck lovers, this dive site is home to the USAT Liberty, a WWII cargo ship hit by torpedoes while crossing the Lombok Strait. The wreck is awash with coral and hundreds of species of fish that dart in and out of its nooks. At night, flashlight fish cover the wreck like stars 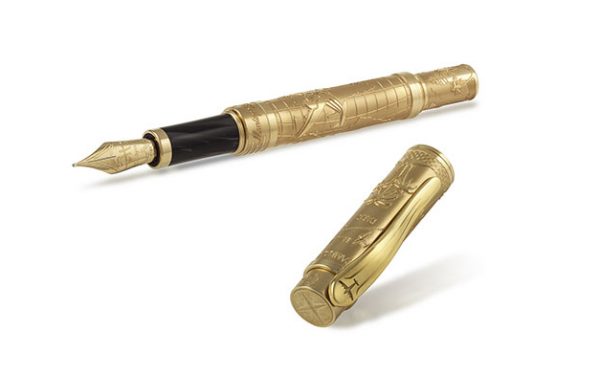 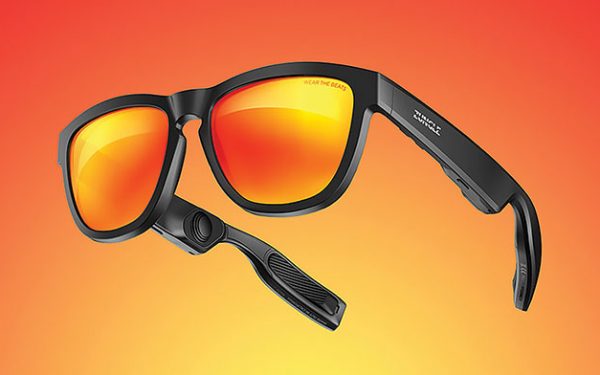 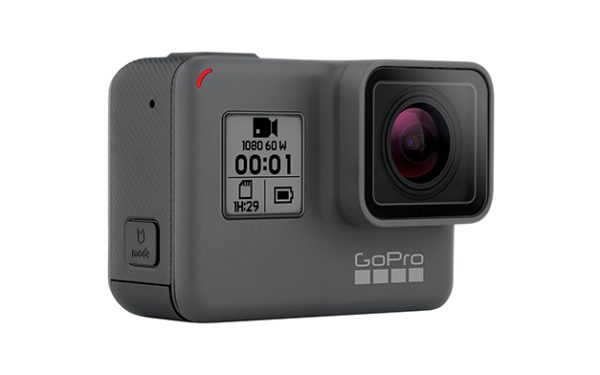