A journey on foot from Mexico to Colombia, through eight countries and the most dangerous stretch of jungle in the world. Levison Wood takes some stopping…

“Bedtime reading?” asks Levison Wood rather quizzically. “I’m usually spending that time negotiating with a tribal chief as to where I can camp for the night.”

For a man who recently returned from trekking 2,897 kilometres across the length of Central America, it’s a fair enough reaction. When you’re traversing some of the most difficult terrain in the world, a book at bedtime is probably a luxury you rarely consider. For now, however, we’re safely outside the unpredictability of his natural habitat – not scaling mountains or slashing at jungle vegetation but sat in his London publisher’s office: a different type of crazy.

Wood is a writer, explorer, seasoned walker and recently crowned television phenomenon. He’s also a man with a looming deadline and [at the time of our chat] has four chapters of a highly anticipated new book still to write. As a survival expert, he recognises the danger signs only too well. An irate publisher can be as feisty as a venomous snake.

The final chapters of his journey from Mexico to Colombia will come from within his “very clichéd study, with wood panelling and lots of knick-knacks on the walls”. Like any self-respecting explorer he keeps an old-school travel journal and tries to spend half an hour scribbling notes at the end of each day – not easy when you’re lying in a hammock with a head torch that’s about to die.

Wood made his name walking the length of the river Nile in 2014 and then followed it up by trekking 2,735 kilometres across the Himalayas from Afghanistan to Bhutan in 2015. His foray into television was accidental. A chance meeting with a TV editor led to three primetime series airing on Channel 4 in the UK, amassing a legion of fans in the process. He films much of the footage himself, rendering a raw style and down-to-earth likeability that has clearly struck a chord with audiences around the world.

But while he might have achieved fame for showing life in its extreme, Wood is a man of simple pleasures. Next time you watch his latest show or read the accompanying book Walking The Americas, consider this: yes, he’s probably facing a near-death scenario on some treacherous terrain, but chances are he’s thinking about a good old-fashioned Sunday roast dinner. It keeps him going through the hard times.

“Food in Central America wasn’t so enthralling,” he says. “It was great in Mexico, then gradually deteriorated the further south we got. After a while you get bored of eating fried plantain and beans.” But while the food might have been a struggle, the adventure didn’t disappoint. “The single best day we had was probably diving into a cenote in Mexico,” he says of the spectacular underwater caverns that transport swimmers and divers into a subterranean world. “It was just amazing.”

While water brought Wood’s best day, it was also the source of his worst and a confrontation with his biggest fear: sharks. “In-between Mexico and Belize we had to take a little fishing boat across a stretch of water. As we were going, we looked beneath the surface and saw hundreds of sharks – nursery sharks as big as this table,” he gestures, arms outstretched. “I was with Alberto (his friend and guide) and Neil, the cameraman, demanded we jump in to film it… so we did. It was one of the scariest moments of my life.” 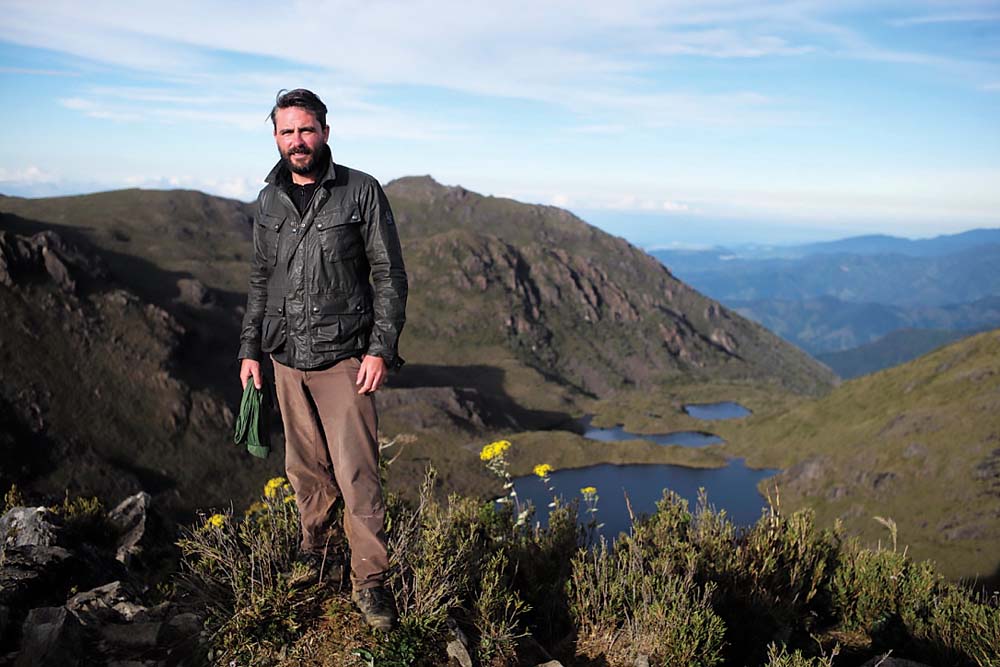 You have to look to the military to discover the root of Wood’s lust for adventure. He grew up listening to his grandfather’s war stories. They made him realise the world was slightly bigger than his home of Stoke-on-Trent in the UK. After studying history at Nottingham Trent University, he joined the British army – alongside Prince Harry – as an officer at Sandhurst and then served as a paratrooper in Afghanistan in 2008. Wood’s father – a geology and geography teacher – was in the Territorial Army and a childhood spent camping in the Peak District and doing DIY expeditions aged 14 was the clincher. When quizzed on his earliest travel memory, he replies with an almost boyish enthusiasm, “Going to Greece at the age of four with my parents. We stayed in this grotty little apartment and they would send me down to the grocery store every day for the shopping – I had to order it all in Greek.” Luckily for us, his travel horizons expanded beyond the Hellenic Republic and luckily for him, his guides now take care of all the local lingo.

There’s always been a romantic notion attached to exploration. From the Portuguese explorers of the 15th century discovering new lands to Edmund Hillary and Tenzing Norgay conquering Everest in 1953, it was seen as a bold and noble pursuit – despite the fact that much early exploration was anything but. However, the new breed of explorer has redefined the terms and conditions. From Bear Grylls to Bruce Parry, Ed Stafford to Wood, no longer is this exclusively the domain of the world’s elite. All you need now is a willingness to move out of your comfort zone. 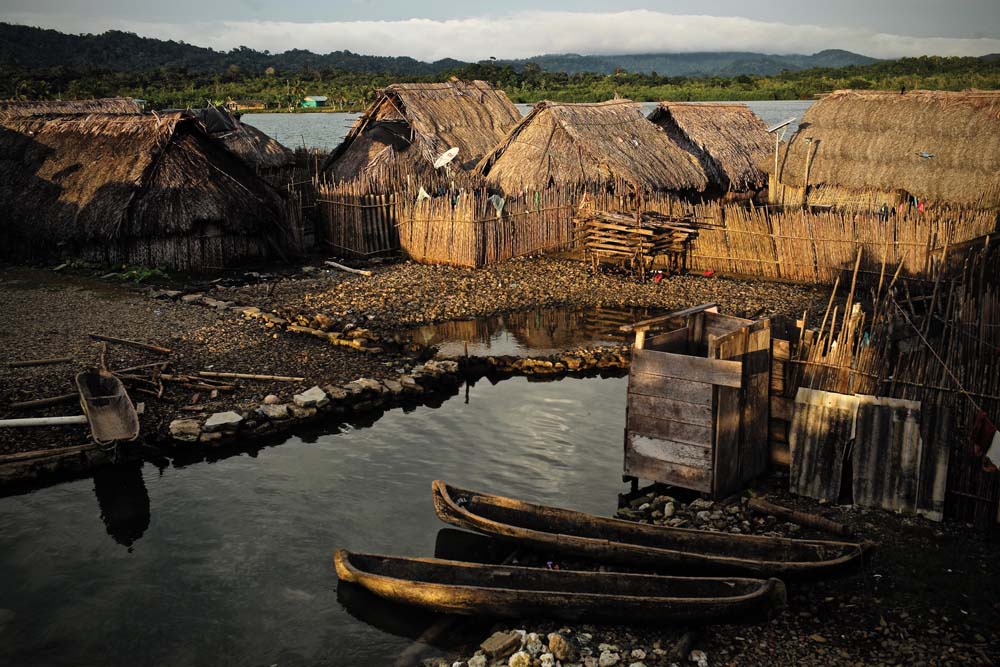 But while Wood is part of a changing of the guard, his role models remain classic. A fan of explorers such as Sir Ranulph Fiennes and John Blashford-Snell (who famously crossed the Darién Gap in 1971), he also draws inspiration from the writers Eric Newby and Richard Burton, the latter known for making a journey to Mecca in disguise at a time when Europeans were forbidden on pain of death, and also for being one of the first Europeans to visit the Great Lakes of Africa in search of the source of the Nile.

Snell’s success in surviving the perilous Darién Gap – a vast swathe of jungle that joins Panama and Colombia – bolstered Wood’s confidence on his final leg of the expedition, but it was still the part of the journey he was dreading most. The break in the 48,000km-long Pan-America Highway has famously defeated travellers for centuries and it is said that if a Fer-de-lance snake doesn’t kill you, a drug-trafficking gang probably will, but Wood had a somewhat soggier problem.

Known to be one of the wettest places on Earth, it’s not the type of environment you want to take expensive filming kit. “Literally every single camera that we had broke. We had seven of them and they all died. At one point we were down to using an iPhone.” 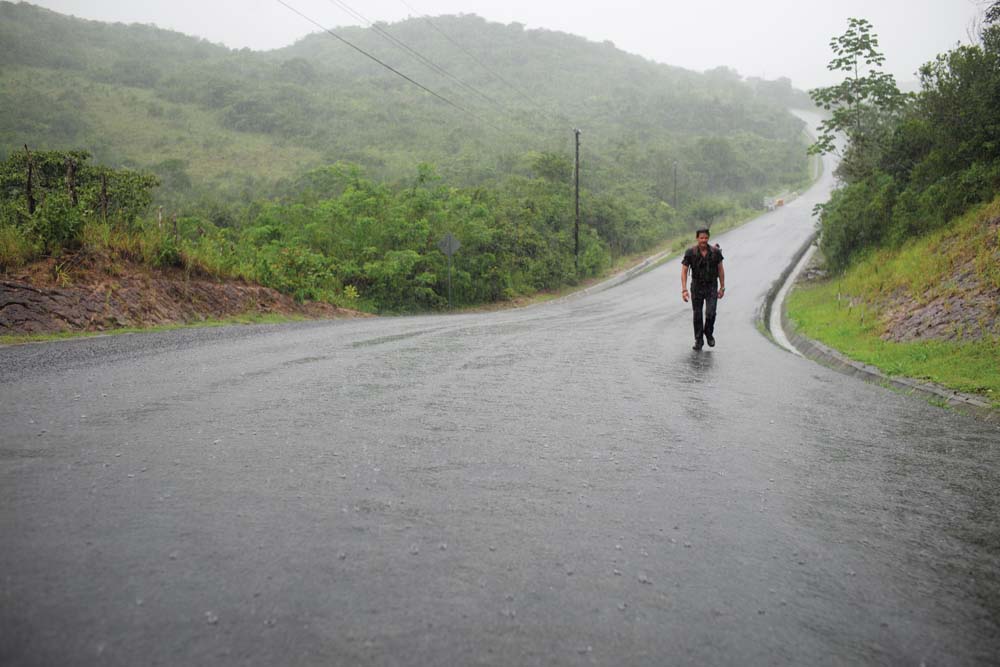 It wasn’t just the terrain that offered problems either. These can be dangerous lands where good intentions mean little and expert counsel is a necessity. When it came to crossing over two rival gangs’ districts in the city of San Pedro Sula (a place with the highest murder rates on record between 2013 and 2015), Wood called on divine intervention. “We got very unique access to walk through Rivera Hernandez (a notorious gang-occupied neighbourhood) by basically getting the local community leader – a pastor – to take us through the area himself. He’s good friends with the gang bosses, who are in jail, so he made a call and got us special permission to walk through safely.”

It’s stories like this that reveal much about Wood. You get the impression that he’s not really interested in sticking flags on peaks or hunting for his dinner (he’ll leave that to Grylls). Instead, he’s motivated by the conversations he has along the way; the chance encounters that occur when travelling on foot. “It’s absolutely the best way to meet people,” he says. It’s also how he arrives at his unofficial USP – the uncanny ability to show the places we might fear in a completely different light. 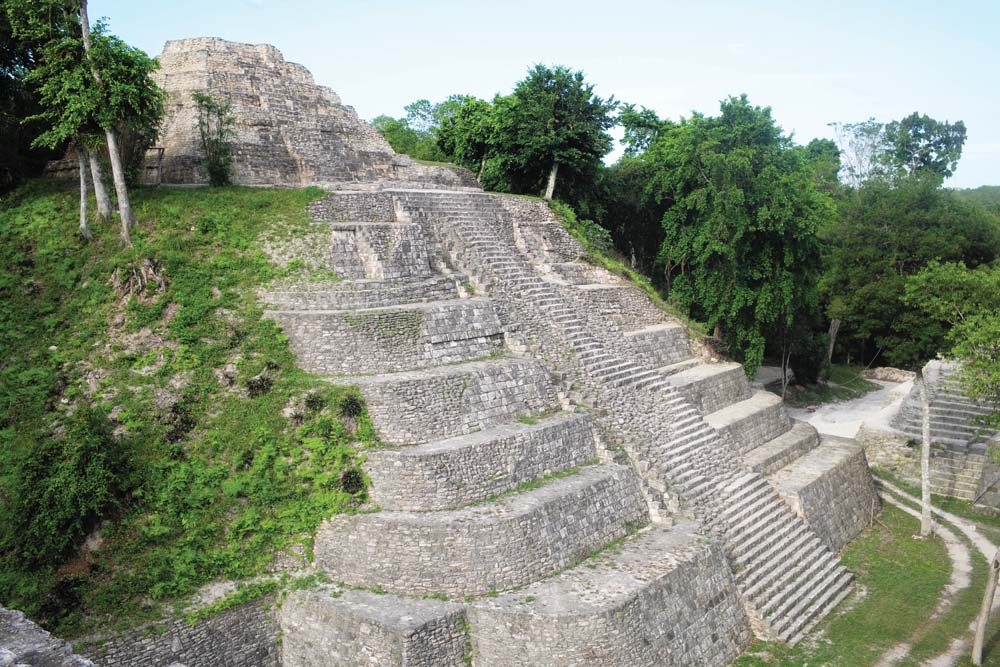 “Don’t get me wrong,” he admits, “there’s no smoke without fire. I went to Central America and I saw gangs and drugs and more but in among that there were also incredible stories of hope and excitement.” The perfect example being a day spent in El Petén – one of Guatemala’s most notorious bandit territories. It was counterbalanced by the discovery of some hidden Mayan pyramids in a jungle in Mexico. You won’t find them on any map and only a few locals know about them. Those days make any hardship worthwhile.

As for the future, his adventure is strictly curtailed for the moment. He might squeeze in a holiday if he can – not avoiding drug cartels or dodging snakes but “lying on a beach or a city break. Anything more extreme would be a bit like a busman’s holiday.”

As we part ways, Wood hints that his next expedition might not even be on foot. “I don’t want to wear the legs out,” he laughs. But while no quest he takes on would really come as a surprise, something tells me that he won’t be hanging up his hiking boots just yet.

Walking The Americas (Hodder & Stroughton) by Levison Wood is out now