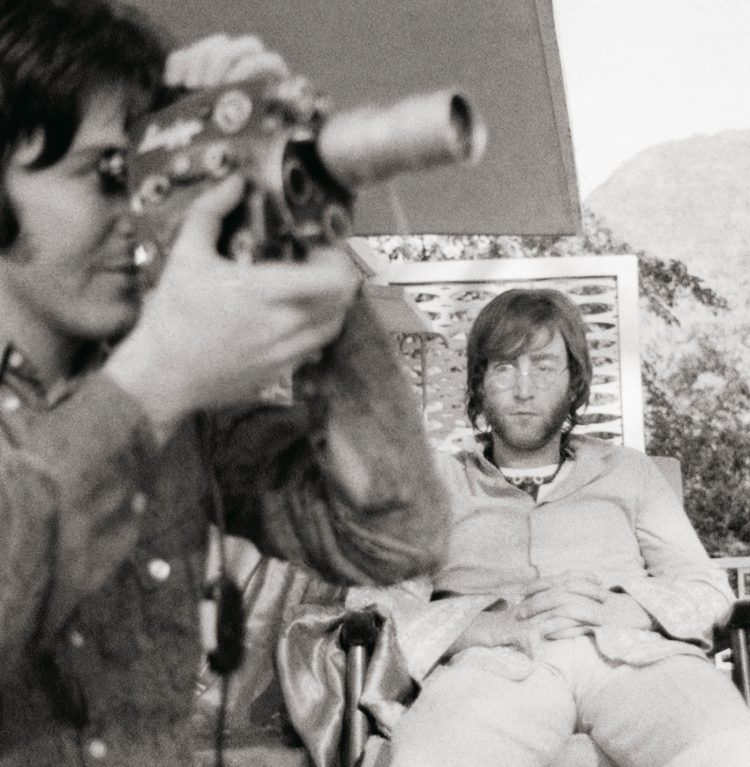 Located in the north of India, at the foothills of the Himalayas and roughly five hours by car from Delhi, lies the city of Rishikesh. For years it has lived up to its reputation as the ‘Yoga Capital of the World’, with enthusiasts finding it the ideal spot for reflection and meditation due to its lush forests, clifftop views and the sacred Ganges River flowing below. Ancient temples line the banks, adding to the serene, spiritual environment, with Hindus declaring it a holy domain.

In February 1968, this scene was enough to attract The Beatles, then the biggest band in the world and who, at the time, were in dire need of direction. The band made their way to Rishikesh and stopped for up to six weeks as guests of Maharishi Mahesh Yogi, an Indian spiritual leader who was coming to prominence thanks to a series of tours and lectures. In those early months of the year, he took the band under his wing and taught them transcendental meditation from within the confines of his ashram, far away from the glare of the media spotlight and an obsessed public.

The band’s time in India became a period of intense creativity – they wrote 48 songs, including much of the legendary White Album, there – and it’s currently enjoying renewed interest, with the ashram site now officially revamped and reopened to the public after closure for more than three decades. It was the basis of a summer 2016 exhibition at The Beatles Story in Liverpool (the world’s largest permanent Beatles exhibition) and the continued efforts of Paul Saltzman, a two-time Emmy Award-winning Canadian film director who was there at the same time as the band. Saltzman published a book of photos from his visit and organises tours of India – which include Rishikesh.

How The Beatles came to be at the ashram, and the source of their interest in Indian culture in general, is explained to a degree in George, Eric And Me: Intimate Photographs Taken By Pattie Boyd, that was shown at The Beatles Story last summer. Boyd, a former model, was married to George Harrison from 1966 to 1977 and visited India with him, along with the other band members’ wives and a small entourage.

Images taken at the ashram formed part of the display and have special meaning for Boyd, as it was she who introduced the band to the Maharishi in 1967, taking them to a talk in London, which then led to them attending a retreat with him in Wales. George was already developing an interest in Indian music – a sitar lying around on the set of The Beatles movie Help! saw to that, followed by lessons with musician Ravi Shankar. “Something was missing from our lives,” explains Boyd in her 2008 autobiography Wonderful Tonight, named after the song written for her by Eric Clapton, her husband from 1979 to 1989.

With George’s interest as her starting point, Boyd had soon involved the rest of the group. It proved to be a welcome change of pace. In 1967, the band had reached the peak of their fame, but a sense of complacency was creeping in – their most recent album, Sgt Pepper’s Lonely Hearts Club Band, while critically acclaimed, had included some questionable creative choices, such as John Lennon basing the lyrics of one song on a circus poster (Being For The Benefit Of Mr Kite), and another on a corn flakes commercial (Good Morning, Good Morning).

While the band’s split was still two years away, by the time they arrived in India, they had all began to question their own individual journey. In his book, The Beatles In India, Saltzman describes a conversation he had with George Harrison in his small meditation room at the ashram, in which outlined his frustrations. “Like, we’re The Beatles after all, aren’t we?” Harrison told him. “We have all the money you could ever dream of. We have all the fame you could ever wish for. But it isn’t love. It isn’t health. It isn’t peace inside, is it?” 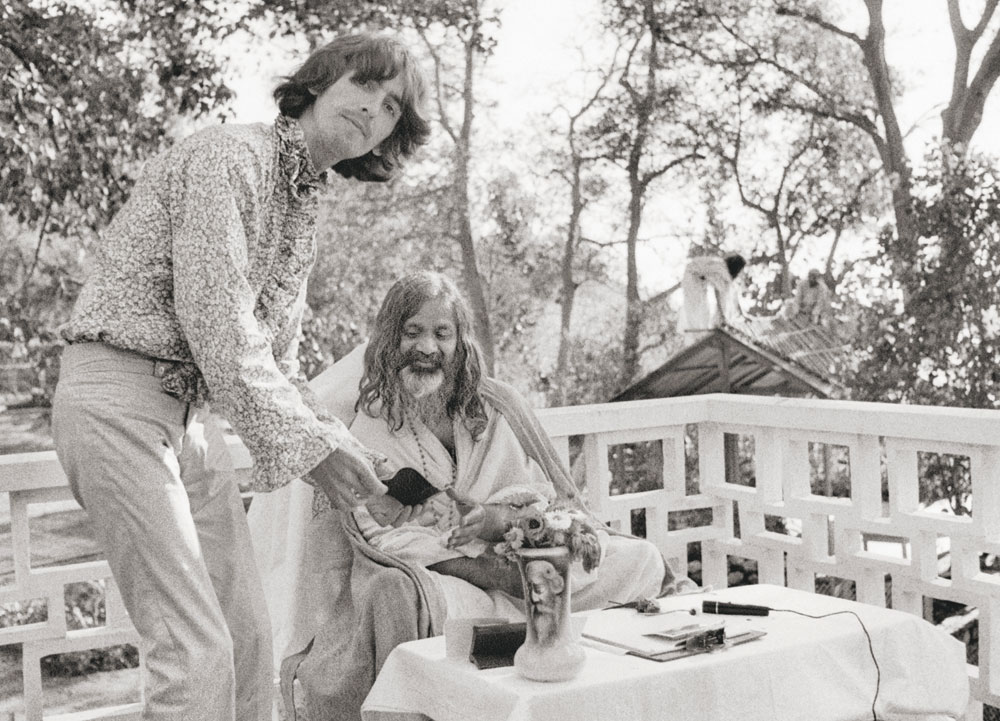 Saltzman’s own story is just as intriguing. Originally in India for work, he received a letter from his girlfriend informing him she was moving on, leaving him. Devastated, he attended a lecture by the Maharishi in Delhi and saw his teachings as a way to help him heal. He went to the ashram in Rishikesh, but was told at the gates that entry would be impossible due to The Beatles’ visit. Saltzman expressed his emotional pain and asked if he could wait, sleeping in an old canvas tent left opposite. Over the next eight days, he was brought simple vegetarian meals and, after impressing with his dedication, he was eventually allowed inside. “I was taught meditation and it was a miracle for the heartbreak,” he says.

The property is described by Saltzman as being “on a small plateau among wooded hills”. A narrow dirt road ran front-to-back, and there were six whitewashed bungalows housing five or six double rooms each, plus vegetable and flower gardens. Peacocks lived in the surrounding woods and occasionally wandered into the site.

This was still early into The Beatles’ stay, with all four members present. Saltzman says days were spent meditating, attending meetings with the Maharishi, eating vegetarian food at a long table by the cliff edge and writing music. One afternoon, he describes hearing the voices of Lennon and McCartney from their bungalow steps, playing Michelle, All You Need Is Love and Eleanor Rigby on acoustic guitars. He watched and took photos, and the pair did not mind at all. 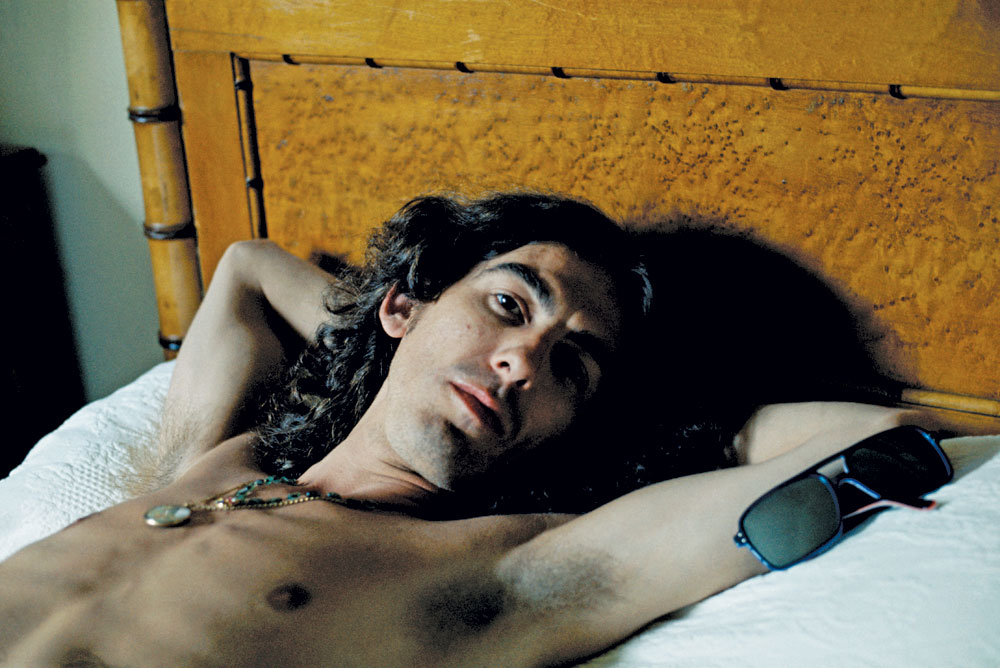 It’s fair to say that this could well have been the most high-profile ashram in the business. Actress Mia Farrow and her sister, Prudence, were there too, along with other musicians – including Donovan and Mike Love of the Beach Boys. Prudence in particular embraced meditation and would spend days in her bungalow, missing meals and not even venturing outside. Eventually, John picked up his guitar and began singing to her through the door, “Dear Prudence, won’t you come out to play?” The song became another to feature on the White Album.

Saltzman spent a week inside the ashram before returning to Delhi with Ringo Starr. The drummer had been in India for just 11 days, but told Saltzman his wife was missing their children. There could have been another reason – he apparently arrived with two suitcases, one of which contained tins of baked beans, as he had been worried about the food. Paul left after a month, and John and George after six weeks, following a rumoured disagreement with the Maharishi. 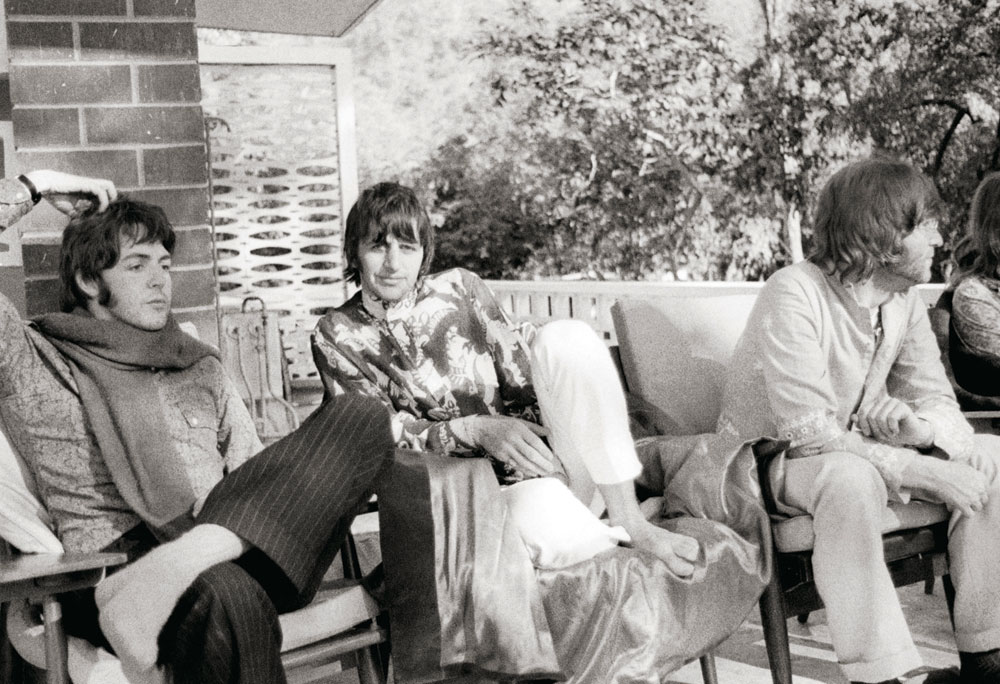 The ashram remains an important location for Beatles fans, however. After closing and its lease expiring, the site was handed back to the local forest department and, until recently, was an out of bounds area within Rajaji National Park. But the band’s devotees continued to sneak inside, drawing and writing on the old bungalow walls. Visitors can now explore the site as part of their entrance fee to the park. Plans for guided tours, nature walks, a cafeteria and a museum are also in the works. And with permission, it’s still possible to express your admiration for the band and their music on the walls – inspiring people today just as they did all those years ago.

To order Paul Saltzman’s The Beatles In India and photographs, visit thebeatlesinindia.com