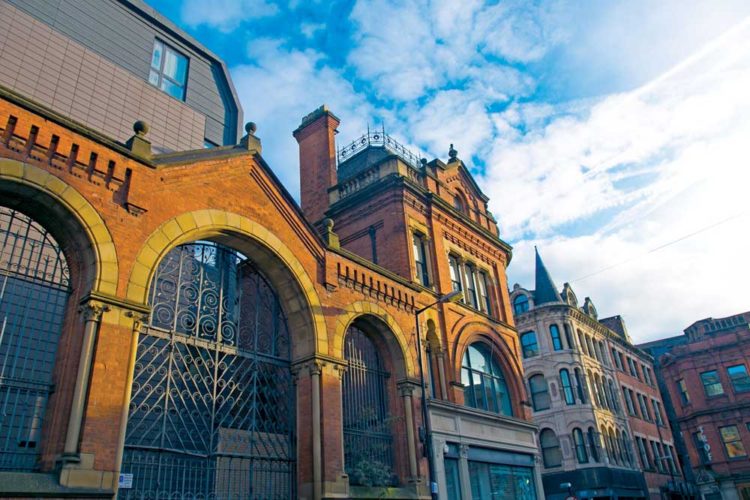 There are few areas that encapsulate the Mancunian spirit better than the Northern Quarter (NQ) and, much like Manchester in general, it’s a place that very much marches to the beat of its own drum.

Located north-east of the city centre – and edged by Piccadilly, Victoria and Ancoats – the bohemian neighbourhood is a bastion of independent fashion and music and refreshingly chain-free, with some of the most eclectic shops in the city and a village-like vibe that’s hard to come by in other areas.

Sandwiched between its narrow Victorian red brick alleys, weavers cottages and relic warehouses from the Cottonopolis era are architectural landmarks such as the Craft And Design Centre (a fish market-turned-artisanal hub), Swan Street’s Mackie Mayor Building (a former meat market) and the Neo-Romanesque arches of the Smithfield Market – all testaments to its mercantile past.

Unsurprisingly, this once working class neighbourhood experienced a post-industrial slump in the 1980s and really didn’t bounce back until the early ’90s, with places like Dry Bar (opened by Tony Wilson of Factory Records), followed by Piccadilly Records and a slew of other musical haunts that cemented its status as the city’s prime area for live gigs. The music-loving enclave may lay claim to some of the city’s most authentic old-school pubs, but that hasn’t prevented a new ghetto of cocktails bars from muscling in on the after-hours action. It’s also become somewhat of an affordable foodie hotspot – boasting the highest concentration of independent cafes and coffee shops in the city. Here’s our guide to the best that the Northern Quarter has to offer… 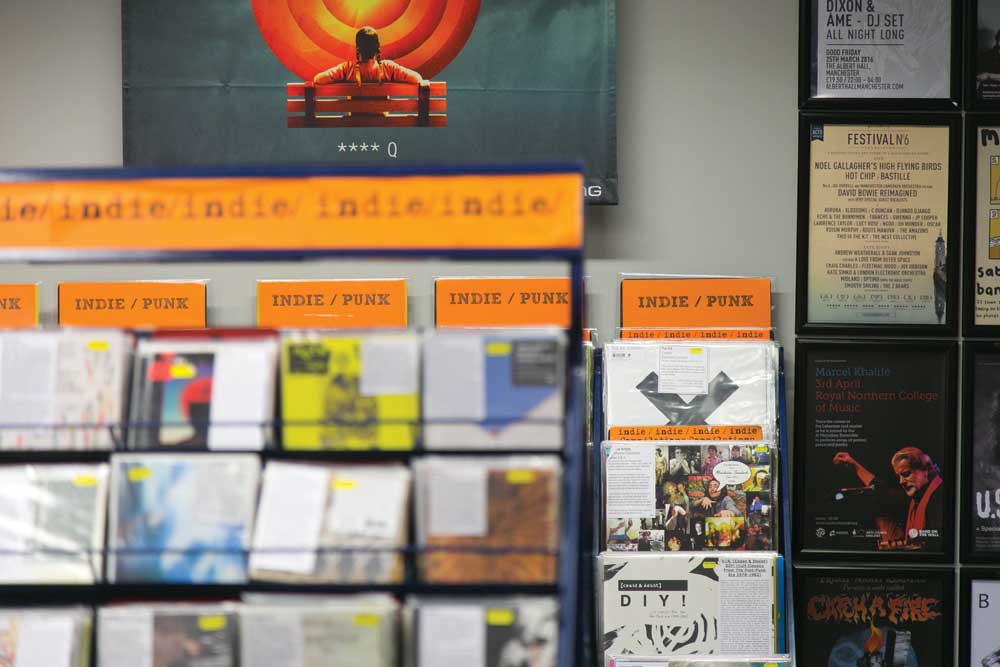 Frequented by Manchester’s musical royalty since the ’80s, this award-winning independent record shop is a vinyl collector’s dream. Originally housed on Market Street, the king of indie records relocated to the Northern Quarter in the mid-’90s, and its legion of high-profile fans includes the likes of DJ Mary Anne Hobbs, Mr Scruff and The Charlatans frontman, Tim Burgess. Musos can browse aisle upon aisle of vinyl on 7 and 12” (many limited edition), which run the gamut of musical genres from punk to disco and alternative rock to new psyche-folk. And if you’re after that rare 7” or a re-issued CD, be sure to tap into the encyclopaedic knowledge of the guys who work here – which covers most specialist subjects and musical genres. More of a community hub than a record store, it also doubles as a sometime gig space – hosting new and emerging artists hoping to follow in the footsteps of Richard Hawley or The Charlatans, both of whom have performed here. 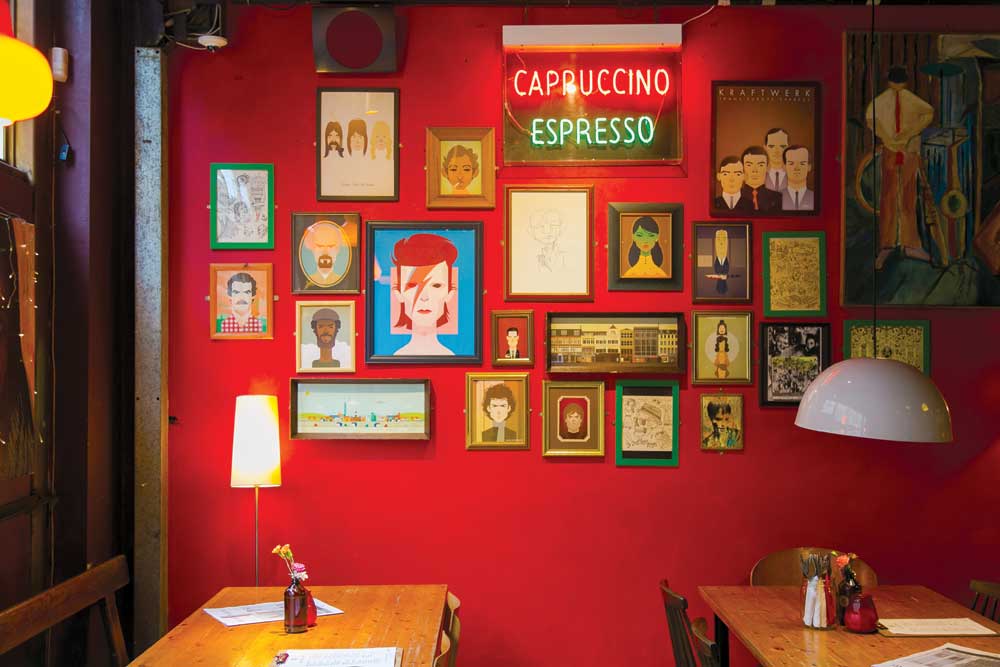 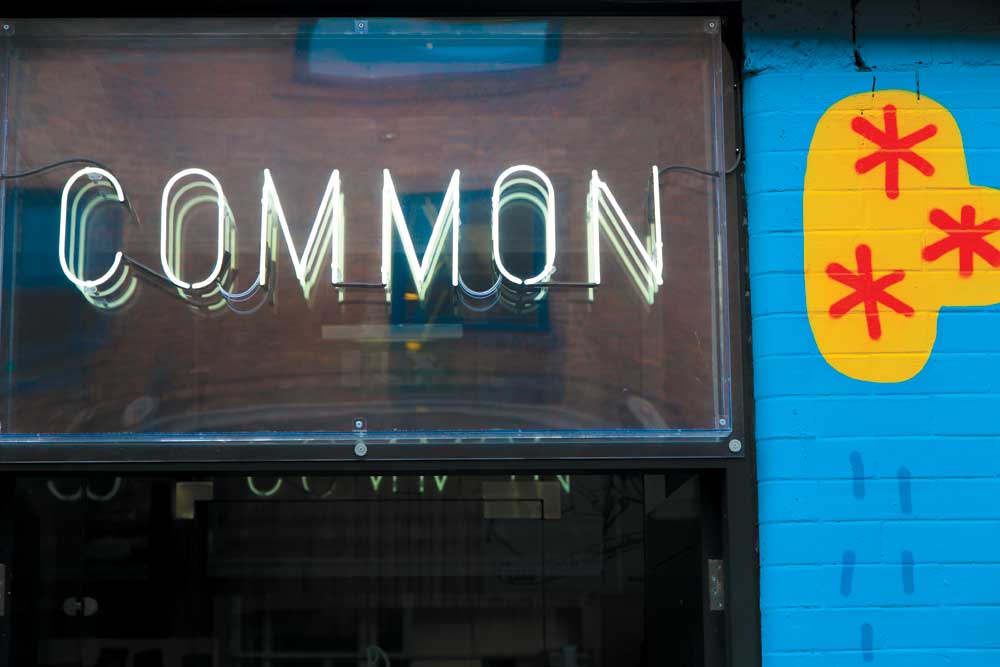 Regarded by many as the bar that launched the Northern Quarter, this unpretentious bar-slash-gallery space marked its 10th year on the scene with a radical scandi-inspired refurb, in place of its chipboard bar and garish pink walls. The dinner menu has undergone a revamp too, with dishes like spiced lamb tacos and Korean fried chicken adding some punch to its staples of classic chilli burgers, coffee and craft beers. And when it comes to the interiors, there is no shortage of local pride, with bespoke furniture crafted by Mancunian Peter Masters and fixtures, such as the pendant lampshades and coffee tampers, made by local ceramist Joe Hartley. Almost everything, down to the beer handles, is custom-made and eco-friendly. What’s more, there is an ever-changing backdrop of artwork displayed against its exposed red brick walls – courtesy of yet more local talent. 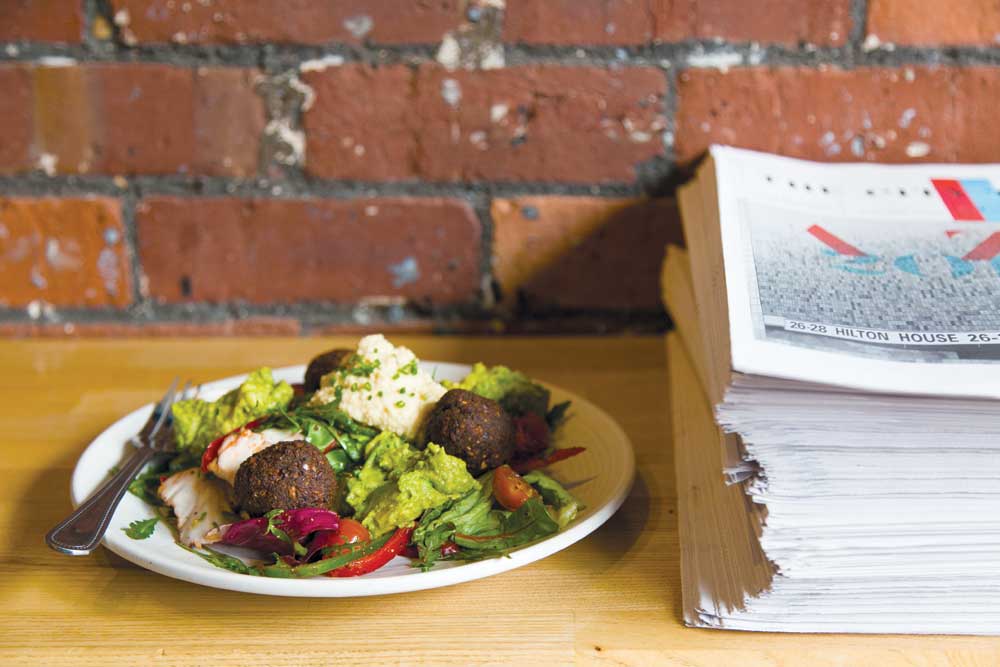 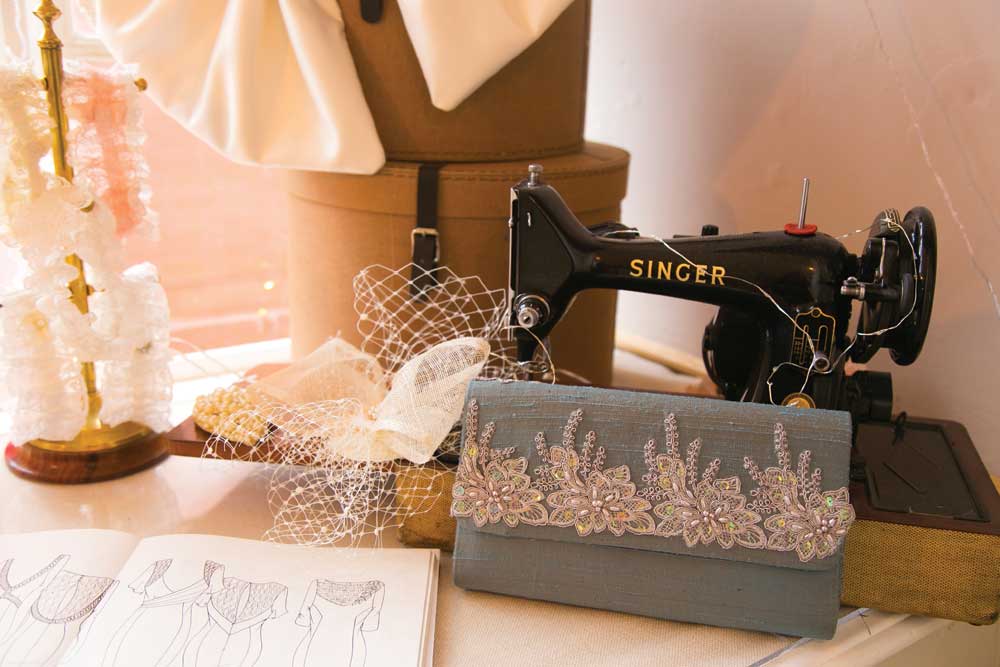 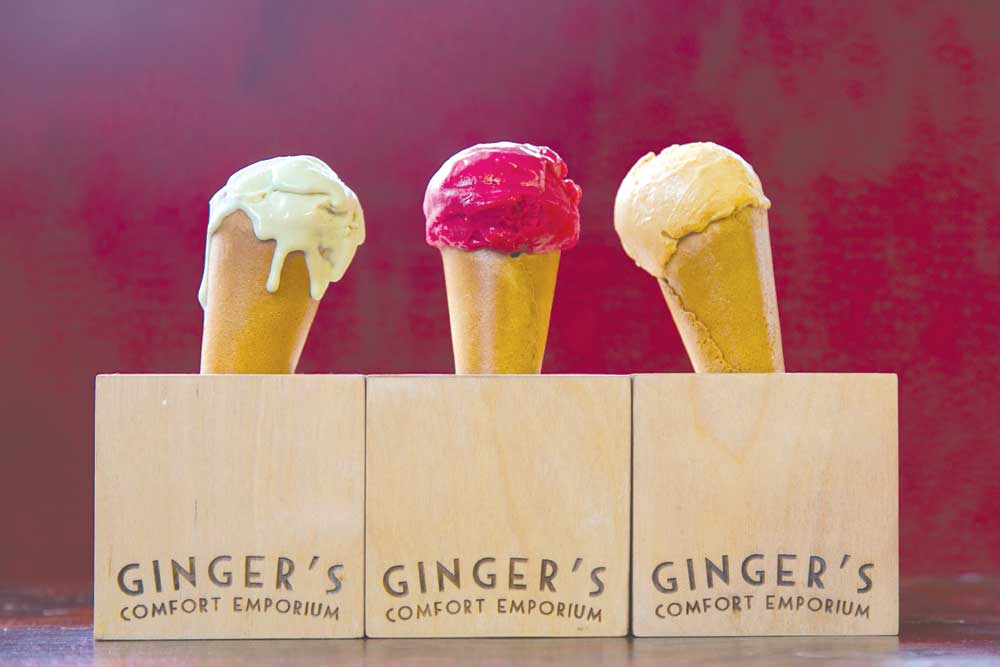 Tucked away on the first floor of Afflecks (Manchester’s very own version of Camden Market), Ginger’s Comfort Emporium is not your run-of-the-mill ice cream parlour. Described by its founder – former chef, author and food stylist, Claire Kelsey – as “ice-cream for grown-ups”, the vintage-style diner serves up scoops of wildly creative and indulgent flavours, painstakingly made by hand and churned in small batches. Whether you’re craving boozy, spicy or refreshing, Ginger has it covered, from flavours like gin and juniper, to a warming Chai Spice and palette-cleansing Rose And Sage Sorbet. And then there’s the all-time favourite: salted caramel and peanut butter flavour, aka Chorlton Crack. Before making its permanent home in Afflecks, Ginger’s started life in 2010 in the guise of a vintage ice-mobile (nicknamed Ginger, of course), which continues to roam Manchester’s streets, serving up anything but your classic 99. 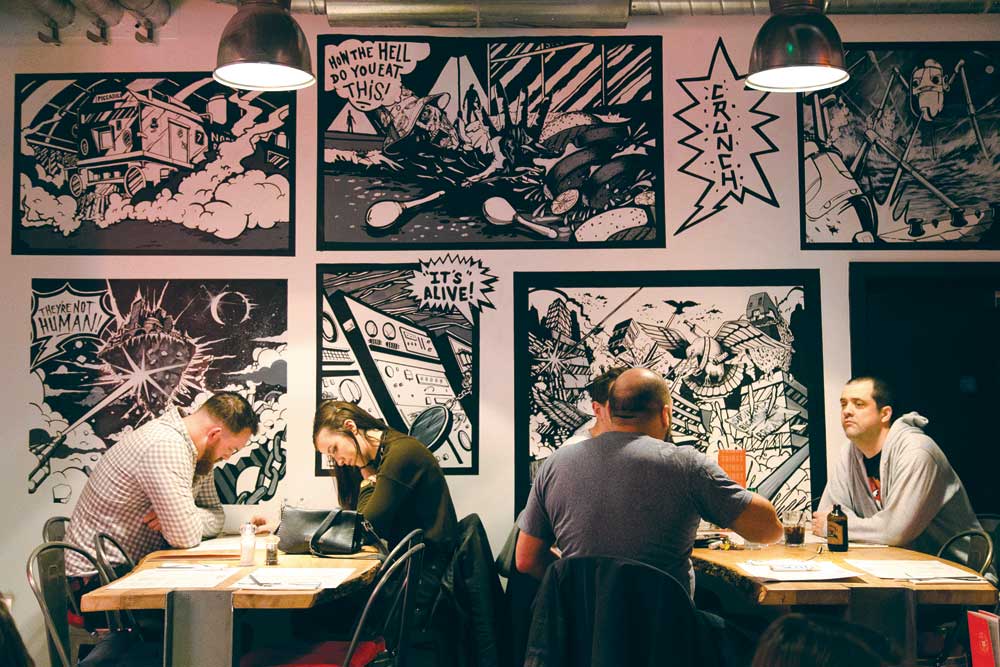 Be sure to bring a big appetite to the table of this upscale burger joint, which serves gourmet fast food to the backdrop of graffiti-plastered walls. 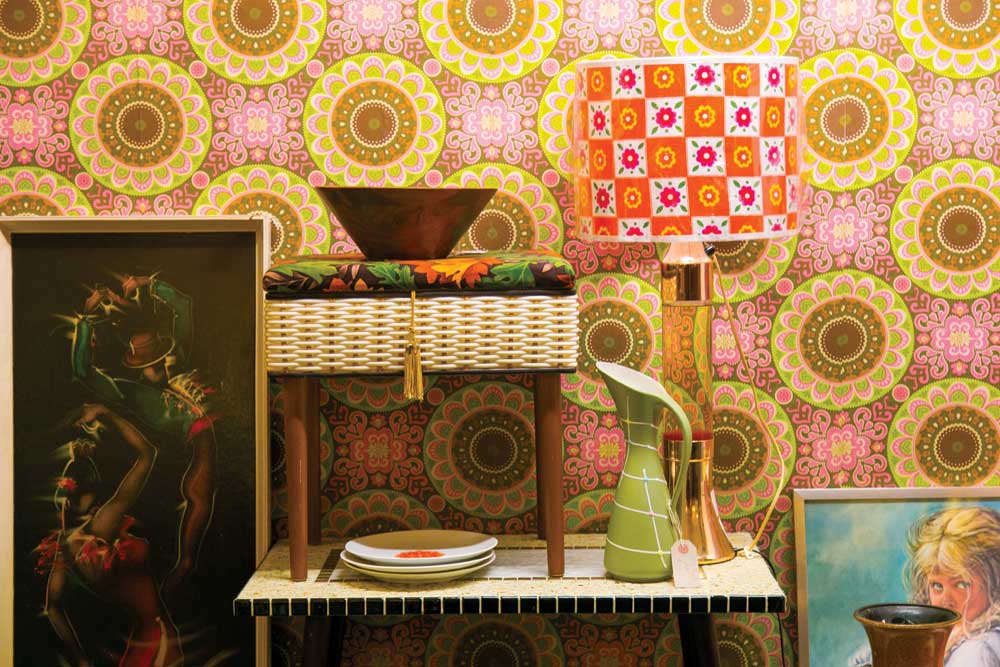 NQ is a haven for vintage and retro stores, but the queen bee has to be Oldham Street’s Pop Boutique. Started in 1994 by Richard Free, who cut his teeth selling flea market pieces at London’s Camden Market, the vintage shop has grown from a standalone store in Manchester to a portfolio of five boutiques across Leeds, London, Liverpool and even Gothenburg. A treasure trove of fashion and furnishings from the Swinging Sixties, to the Nostalgic Eighties, you can find pretty much everything from Adidas sweats and retro American-style jumpers, to kitsch tea sets and Formica tables, hat stands and art deco mirrors, as well as pieces from Pops own-brand label. And despite processing a whopping 10,000 kilos of vintage every week, the brand’s committed green ethos means that almost everything is up-cycled and no garment goes to waste. 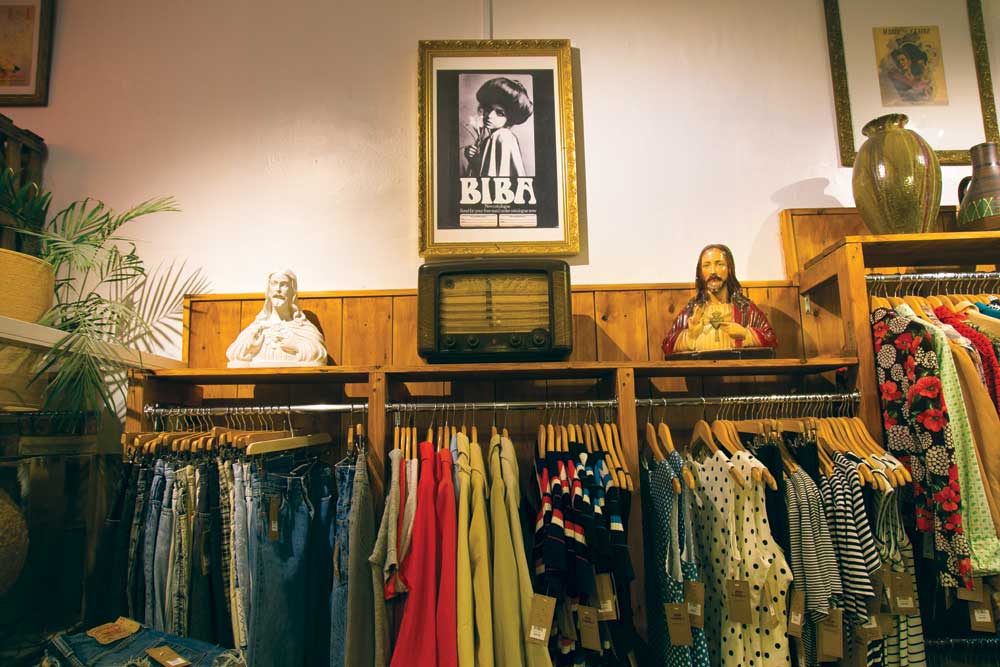 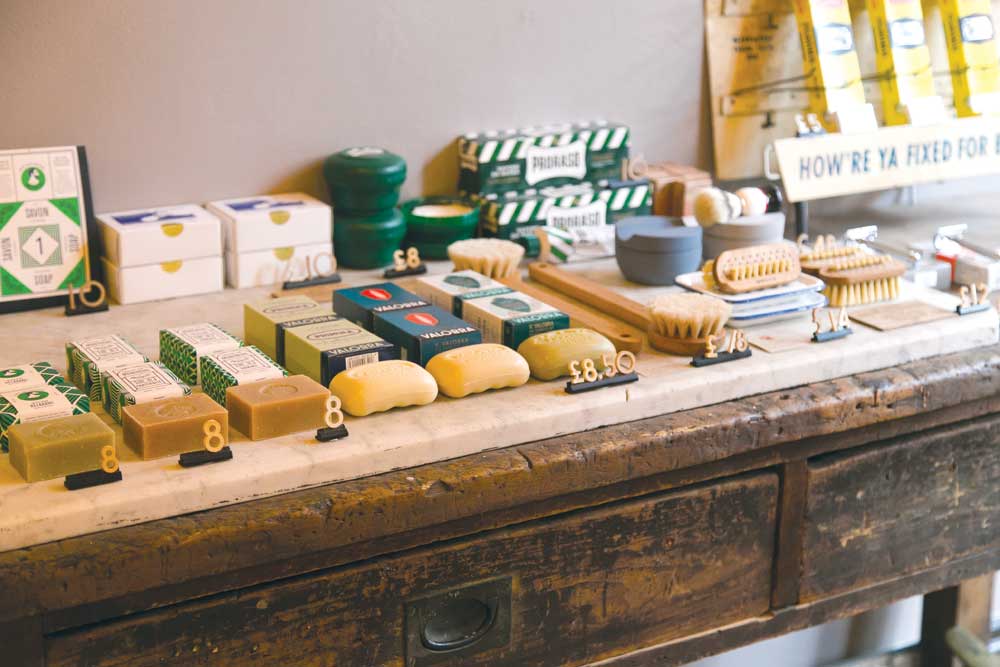 Stock-up on all manner of gentlemanly goods from safety razors to Italian toiletries, Swedish horsehair brushes and nail kits at this newly opened retro gem.