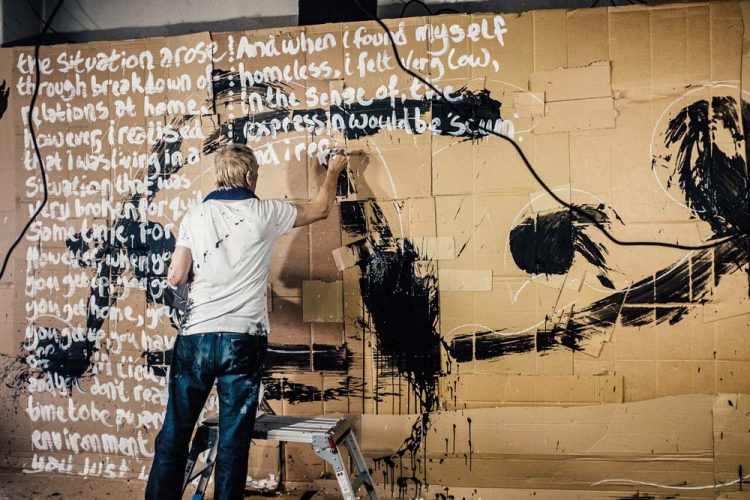 How did your relationship with Manchester International Festival begin?

Initially, through a play about fatherhood I co-wrote with Scott Graham [Frantic Assembly] and Simon Stephens [The Curious Incident of the Dog in the Night-Time). It was a beautiful collision of ideas, a bit like the ethos of the whole festival itself, really. You get to rub shoulders with the best artists in the world, as well as the local community.

So how did Manchester Street Poem come about?

Well, we’d been talking about doing something for the 2017 festival as Underworld, but we didn’t feel like we had anything that warranted a place in such an important festival. But me and Rick [Smith, Underworld collaborator] did have an idea that sprang out of an installation we’d done in Tokyo, where we’d taken over a department store, covered a room in cardboard, and painted on it stories I’d overheard on the streets. That has always been the way I’ve collected words for lyrics. So that naturally led to thinking about how we could give a voice to people with experience of living on the streets – I covered the walls again, painted their stories and Rick put together this really powerful soundtrack. He said it was the toughest thing he’d ever done because he really was underscoring people’s lives.

It actually had a tangible effect on the homeless people who took part, didn’t it?

We were really clear that it couldn’t be an event which dropped into the festival and then left. We proposed a legacy project and it’s been humbling and kind of life-affirming to see this idea turn into monthly workshops, drawing in the community and giving people the opportunity to tell their stories, express themselves We’re not selling sob stories, and that was key.

How will Manchester Street Poem look in 2019?

We’re going to have a temporary city centre workshop where more stories will be created on cardboard. These will get photographed every day and printed into billboards for Festival Square. What was amazing last time was that people would come and see me madly painting and listen to the music – and if it moved them then there was something tangible for them to grab hold of.

What does Manchester mean to you now?

Manchester is an amazing city, full of energy and great positivity – and Underworld has always had a really long and happy relationship with the place, going back decades. The support that exists for the creative arts is incredible. You have an idea and people say, come on, let’s do this. It’s a great attitude to have and Manchester Street Poem is a fantastic example of that ethos of giving arts back to the people and throwing opening doors to everyone. 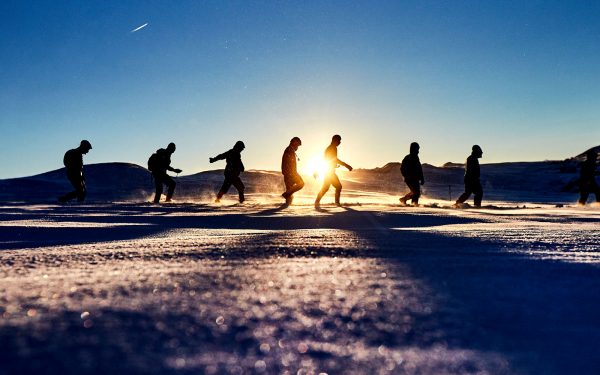 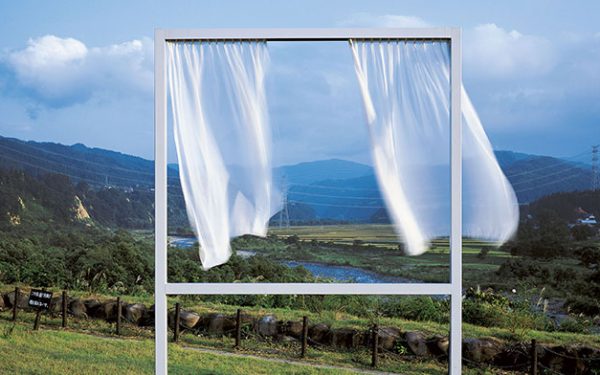