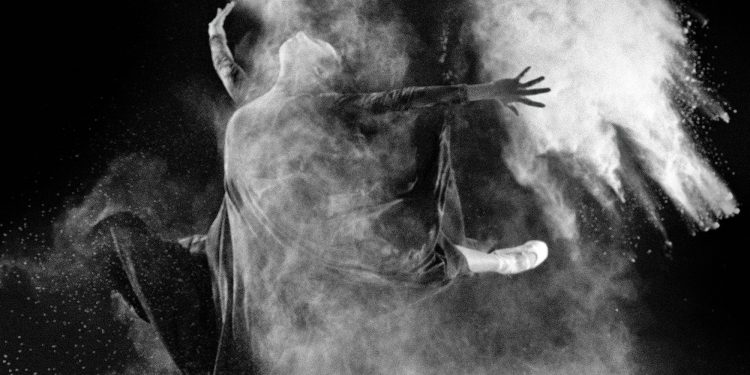 The #DabkeChallenge hit the Internet in June 2017 after a Lebanese-Australian wedding guest literally drove viewers up the walls with his take on the line dance, where dancers traditionally hold hands and move in a synchronised circle.

Hoisted up onto the wall by his fellow guests, social media users reacted with their own over-the-top versions: climbing door arches and even trees, to an accompanying techno beat.

This evolution of traditional dance for the modern age may be a light-hearted iteration, but it also acts as an embodiment of how dance has evolved in the Arabic region – continuing on valued traditions, whilst simultaneously adapting them for the current day.

The UAE is one Middle Eastern country that has eagerly embraced this new climate. The opening of the Dubai Opera in 2016 put the country on the map when it came to international tours: October will see the Houston Ballet’s Swan Lake come to the city, and September welcomes the quirky stylings of modern dance company Pilobolus to the Dubai World Trade Centre.

Accompanying more international genres, such as ballet or contemporary, is a continuous undercurrent of history that is woven through the fabric of the United Arab Emirates. Performed before dusk at the bride’s house during wedding celebrations, the Ayallah is the national dance of the country and is the inspiration for all of those traditional to the UAE according to Ibrahim Juma, the Hamdan bin Mohammed Heritage Centre’s (HHC) Folk Arts Consultant. It used to be exclusively performed by leaders and VIPs, then became a victory dance after pearl diving expeditions or tribal wars.

In the role play, two rows of approximately 20 men face each other holding bamboo sticks as symbolic weapons, alongside the sounds of the flute and drums. The largest drum represents a cannon and the smaller ones rifles. While women and men don’t mix in this celebration, females support the winning side by rhythmically swinging their long hair to represent being saved in the battle of defenders and invaders.

Aside from the Ayallah, which has been designated as a UNESCO “Intangible Cultural Heritage Item of Humanity”, UAE dance has also borrowed from other cultures. The Liwa dance, historically performed at weddings and special occasions such as the end of the pearl-diving season, came from Zanzibar and is performed to Swahili language songs.

Then there’s the gender-integrated Nuban from Western Sudan, originally used to ward off evil spirits, and considered to be a dying dance. The leadership keeps the memory of them alive by including them at events but they’re not a part of mainstream culture, explains Juma’s daughter, Alia. However, she adds that people like her father, himself a renowned composer and heritage dance expert, are working to integrate folk arts into the school curriculum in order to keep their heritage alive.

Some traditional dances are still practiced profesionally in the country. Rashid Al Khasouny is a judge for the Fazza Championship for Youla, as well as a two-time former champion.

The Youla, also named “the soldier’s dance”, originated in the army and is a deft and highly-physical routine that involves the spinning and tossing of rifles to heights of up to 20 metres. In 2001, His Highness Sheikh Hamdan bin Mohammed Al Maktoum announced the Fazza Youla Championship, which now offers prize money of AED1m (US$272,000). Entrants are judged by an X Factor-style panel as well as the public watching live on Sama Dubai TV. First entering in 2004 at 15, Rashid was one of the youngest entrants to ever compete.

Watch any YouTube video and one might mistakenly think the Youla technique is all about the hands; dancers must throw wooden weapons as high as possible into the air to gain the maximum amount of points. Although catching the rifle smoothly and in-time with the music is important, dancers must also perform rhythmic footwork on a sand floor.

Khasouny maintains that the Youla requires a high level of fitness to perfect: at his peak, he would run 4km per day and practice falconry (as well as perfecting his dance for 90 minutes per day), while others opt for riding camels to stay in shape. “People fail to recognise the physical and mental demands that dance has on a person, and that those demands rival that of all professional sports or athletes,” adds Pilobolus’ Creative Director, Mark Fucik.

“Being able to kick the perfect arcing ball over the hands of a goalkeeper, making a perfect drop shot to get the point, and lifting another dancer over your head while running across the stage all seem pretty hard skills to perfect.”

Fucik is bringing Pilobolus’s Shadowland production to Dubai after success in Abu Dhabi, Bahrain, and Saudi Arabia, noting the audiences’ responsiveness to seeing something “new and exciting”. Up to nine dancers appear on stage at any one time, using shadow to draw attention to the shapes created with the human body and dynamics between dancers. True to the way contemporary dance draws from many cultures, each person’s background influences what they bring to the production. Fucik believes that dancers today need to be versed in all styles and that learning multiple forms allows for better comprehension of one another’s culture.

For some, dance is about perfecting their technique physically, or progressing genres to new levels. For others, the artform has a spiritual aspect.

Dubai resident Jalila Jones started practicing ballet aged three, eventually working with singers such as Patti LaBelle and Jennifer Hudson, as well as companies like Alvin Ailey.  Moving to Dubai in 2015, she found that barre – a ballet-like exercise developed in 1950 – helped her to recover after a dance-related injury damaged her shoulder and neck.

“I gained a lot of weight and I was so down emotionally. Physical therapy was not helping at all, and several doctors told me I would never be able to dance again,” she says. Unable to hold a cup at one point, it was barre that restored her health, as well as love of dance.

Owing to Dubai’s multicultural background – it is estimated that up to 200 nationalities live and work in the city – it follows that there has been an embrace of dance styles from all over the world.

Gbemi Giwa moved to Dubai in 2010, and ever since has been working on increasing the prominence of African dance in the city. Currently teaching at FitandBeat studio, she says that for her, dance has been about the acknowledgement of her heritage.

“In West Africa alone, there are various dance styles connected to different tribes,” she says – explaining how the jerky shoulder movements of the Bata dance from Yoruba people are vastly different to the Tiv people’s sinuous Swange, which emulates a cat.

“Dubai is a very diverse place and there’s a need for Afro dance specifically,” she adds. “People are curious. One of the keys differences with Afro than classical dance is you’re free to express yourself – the movement has to come from within.”

Watching the intimate dance of the Kizomba in a rehearsal across town, one can see the influence of global styles across the city. Partners step and sway closely to one another as they perform a dance known as “the Angolan tango” under the close eye of Alex de Smet, cofounder of James & Alex studios.

An award-winning salsa dancer, she attributes the explosion of contemporary and Latin styles to shows such as So You Think You Can Dance, as well as social media. This, she says, has then followed onto growth in more niche styles, such as Bachata, which originates from the Dominican Republic, as well as the aforementioned Kizomba.

One thing all subjects can agree on is that dance helps them connect to others, and their own emotions, in a more advanced way than any other sport can. It’s one of the reasons Global Village – the region’s first multicultural festival park – chooses dance as part of their offering, heading to India, the UK and Russia to find talent.

“Dance is a great way to showcase cultures as it doesn’t require the spoken word, so can be understood by anyone,” says entertainment director Shaun Cornell. To maintain authenticity, the shows cast dancers from their country of origin, but Cornell has noticed their fascination with connecting with one another’s cultures through the medium.

“It’s fascinating to watch a company from Mumbai interacting and learning a Dabke from a Lebanese dance company,” he says. “They are like sponges.”

It’s this common thread that will inspire the new wave of dancers in Dubai. Whether it be the celebration of one’s heritage, the progression of their new genre into new styles and artforms, or even something as small as a #dabkechallenge, the new movement of dance in the city looks set to step, sway and pirouette on. 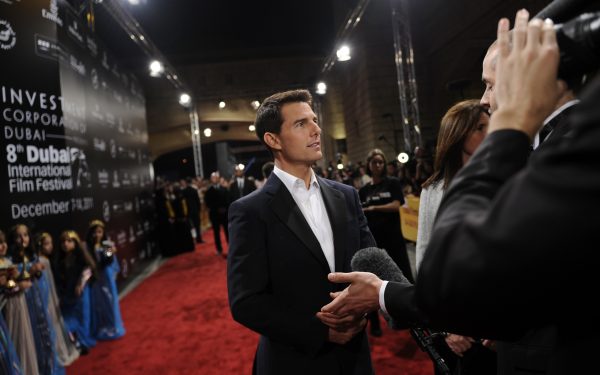 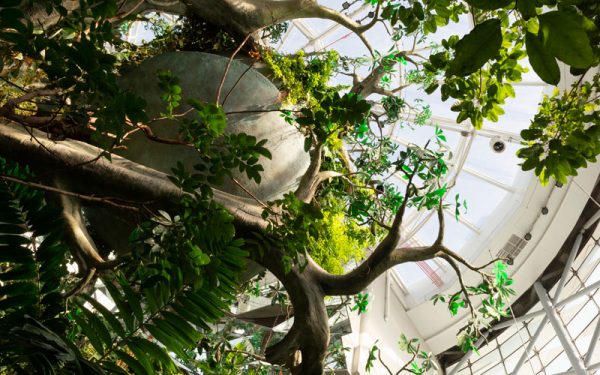 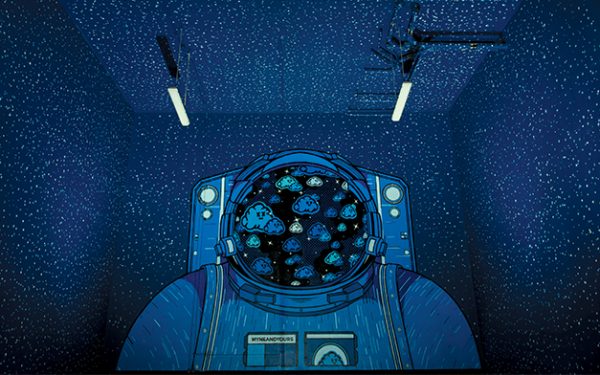