Trying to sum up Casablanca is more difficult than you might think. After all, the name itself is more likely to evoke images of Michael Curtiz’s iconic 1942 movie than it is the actual city, even though not one scene was shot there – Warner Bros preferring to film some 6,000 miles away in Hollywood’s Burbank Studios.

But while Hollywood was busy imitating Casablanca, Casablanca was being remodelled with Los Angeles in mind, forming a US-West African hybrid that has long since blurred both cultural and physical lines.

Based on the unproduced play Everybody Comes to Rick’s, its’ rights were acquired by Warner Bros for a record US$20,000 and then turned into a screenplay by Julius J. Epstein, Howard E. Koch, Philip G. Epstein and Casey Robinson. It was renamed Casablanca and rushed into production to coincide with the Allied invasion of central West Africa in 1942. It would go on to win Academy Awards en route to being acknowledged as one of the greatest films of all-time. But while the great romantic noir starring Humphrey Bogart and Ingrid Bergman continues to inspire nostalgia three quarters of a century later, the same cannot really be said of its effect on tourism.

But something is stirring in the town, and it has more than a passing resemblance to Hollywood.

Under the eye of the world’s tallest minaret is a city with a burgeoning surf scene, its very own Beverly Hills neighbourhood, a hipster coffee culture, and one of the world’s single best collections of Art Deco buildings. Add to this a 3-km-long corniche studded with trendy beach clubs and waterfront restaurants, and tree-lined boulevards that wouldn’t look out of place in uptown LA, and you have a curious cross-pollination that is well worth your time.

Here are five spots for your Casablanca bucket list… 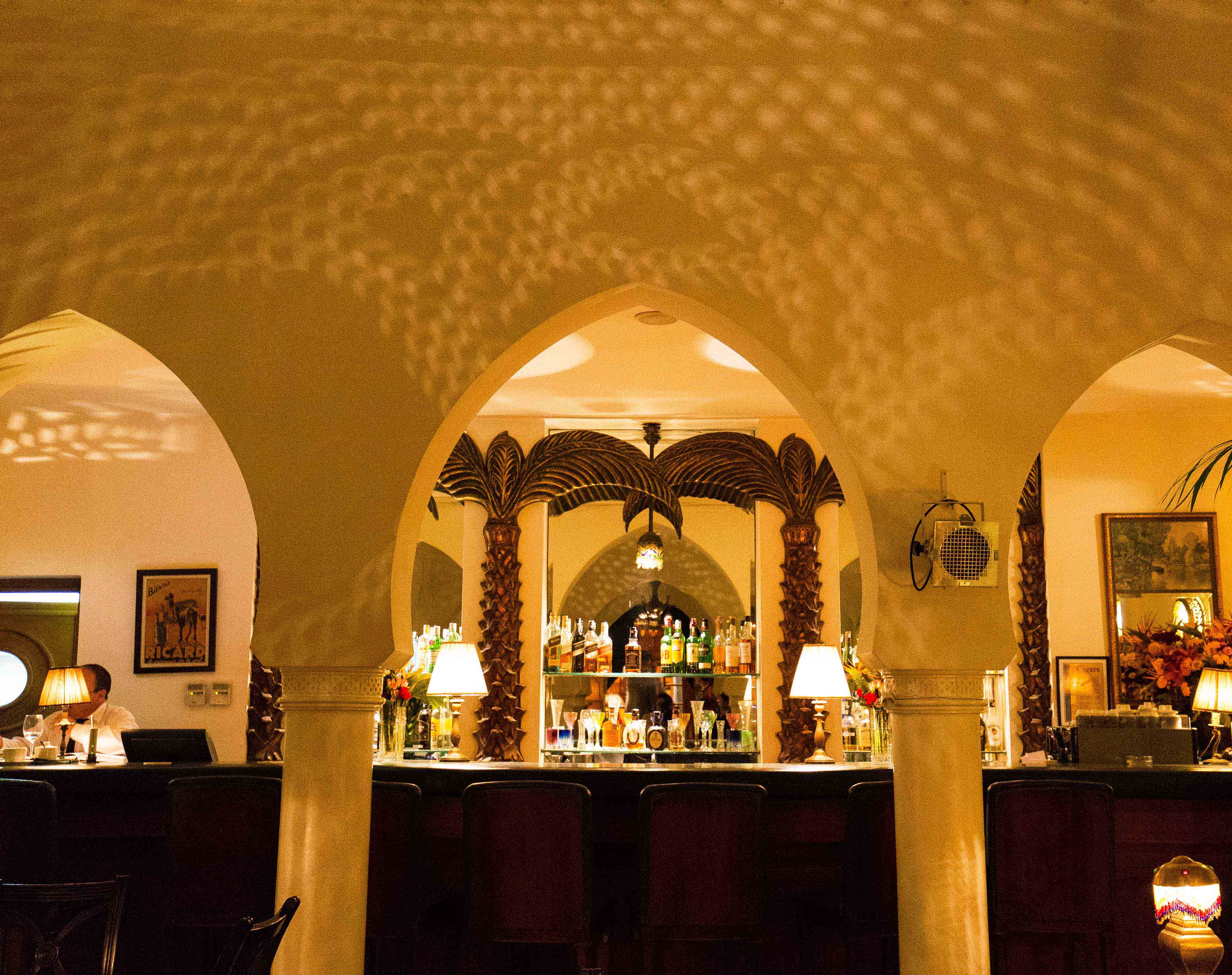 The vast, arched, mosaic-floored tavern known in the movie as Café Americain was actually modelled on the Hotel El Minzah’s bar in Tangiers. But the city wouldn’t be Casablanca without it. At least that’s what former American diplomat Kathy Kriger believed. So with the help of some bankrolling friends she transformed a 1930s mansion in the old medina into one of the city’s most cherished landmarks. Just like Bogart’s character, Rick, the proprietor in the movie, Kathy lives upstairs, although unlike him she makes a point of socialising with the patrons. In fact, the 70-year old Portland native works the room every single night of the week and the restaurant is a faithful homage to the legendary gin joint – all sultry lighting, potted palms, tassel-fringed brass lamps and bartenders in burgundy fezzes. The replica café even has its very own Sam – the movie’s charismatic piano player. Issam Chabaa might also be the general manager, but he’s pretty adept at Sinatra’s As Time Goes By – the film’s unofficial anthem. 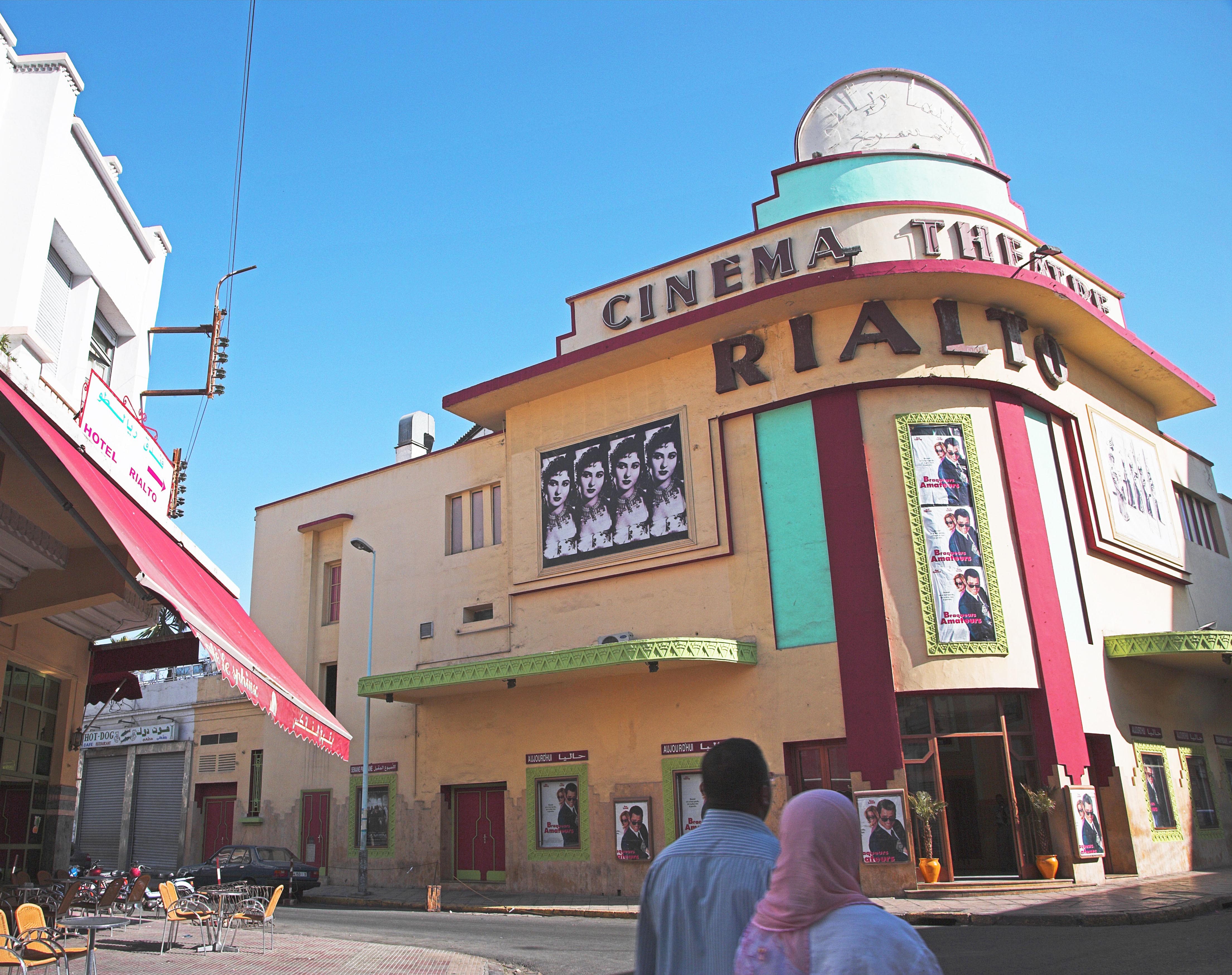 Much like Los Angeles, Casablanca’s Art Deco scene coincided with the city’s rapid growth. The arrival of French colonists was the catalyst, their imprint on downtown’s high-rise buildings – a blend of French colonial style and Mauresque architecture – is unmistakable on Rue Idriss Lahrizi. Casablanca was inundated with some of the world’s greatest architects in the 1920s and ’30s, such as French-born Paul Tournon, who designed the (now desacralised) L’Eglise du Sacré Coeur.

While the city’s bone white (sometimes derelict and pigeon-occupied)
Art Deco facades may not have the polish and colour of LA’s jazz-era beauties, their ornamental curves, floral motifs and ornate wrought iron balconies are steeped in faded grandeur. The spruced up variety can be found at Place Mohammed V – home to Casablanca’s Grande Poste, Banque d’Etat and Wilaya’s distinctive clock tower. Just around the corner is another Art Deco icon: the Rialto Cinema, which hosted the likes of Josephine Baker and Édith Piaf in its heyday, and continues to screen Casablanca regularly.

Anfa (the ancient name for Casablanca) is one of the city’s newer neighbourhoods. Set on a hill overlooking the Ain Diab Corniche and the Atlantic, the upscale residential enclave has an air of Beverly Hills about it, with whitewashed villas – featuring many Art Deco masterpieces – along with well-tended swimming pools separated by immaculate hedgerows and succulents.

At the Royal Golf Club, set within the Anfa-Casablanca racecourse, riders and golfers mingle with ladies that lunch. The exclusive zip code (where King Mohammed VI is rumoured to have a plot) is also where the city’s brunch set convenes in one of the many villas-turned-chic-cafés.

This is also where you’ll find Casablanca’s only Bikram yoga studio too, Om Yoga, set in a serene Mediterranean-style villa with a stylish pool area serving homemade raw juices. Painted on to countless movie backdrops, LA’s sultry, swaying palm-tree boulevards have become synonymous with Hollywood. The city is estimated to have some 75,000 palms, many of which sprung up in the 1930s, together with the construction of its modern boulevards. Six thousand miles away, the French were building Casablanca’s signature wide, palm-fringed avenues as part of its grand Art Deco makeover. Boulevard Mohammed V, in the heart of old Casablanca, and Avenue Hassan II, are
the city’s answer to LA’s iconic Sunset and Hollywood Boulevards. 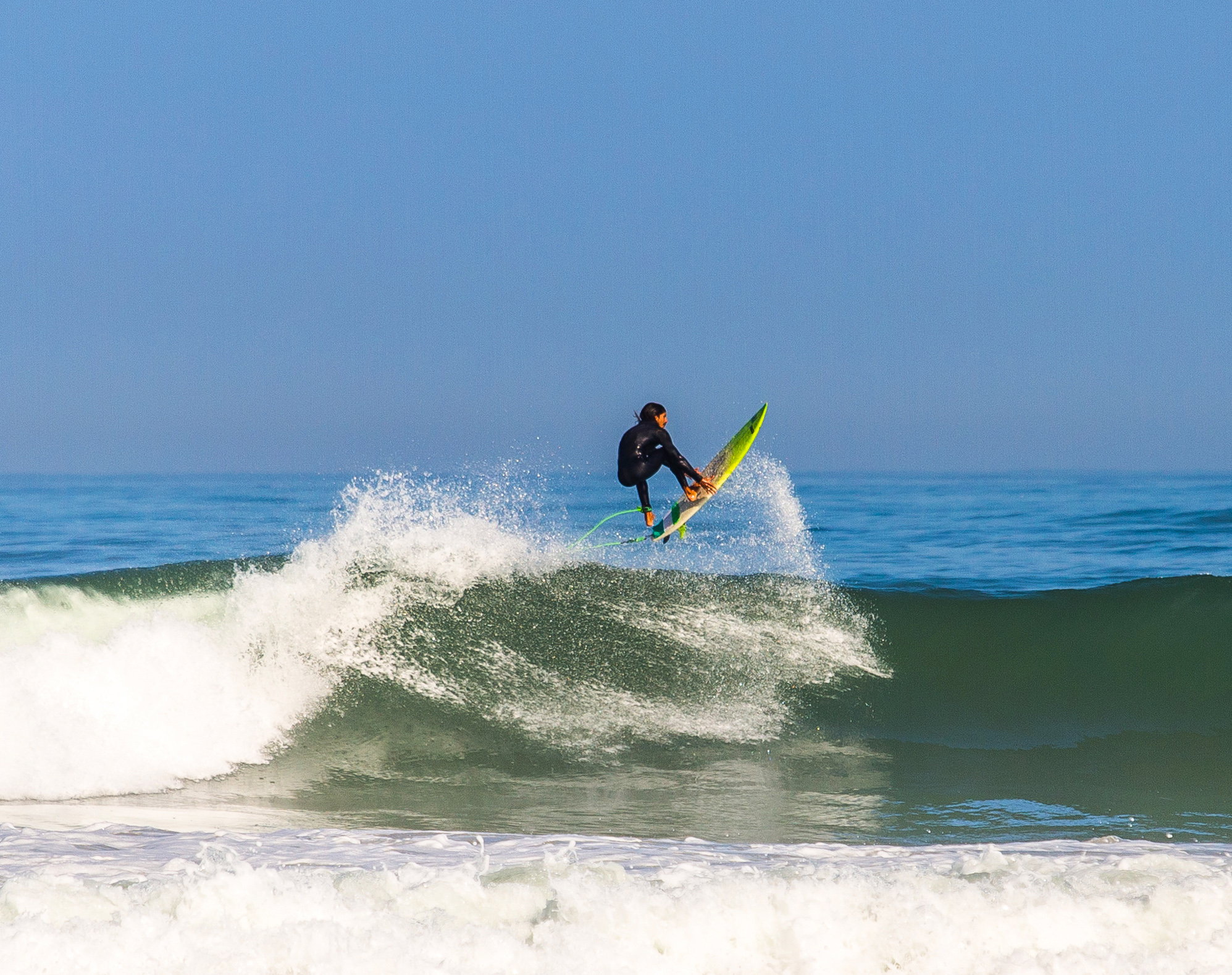 Building a reputation as one of the best urban spots to ride Atlantic waves, Casablanca’s surf scene is the real deal. It may not garner the attention that the Southern Coast’s Taghazout does, but that certainly hasn’t stopped Quiksilver from hosting its annual pro-competition here.

Reputedly, the country’s best left-hand-break is 20km southwest of the city in Dar Bouazza – a town of fishermen, farmers and a 100-strong local surf community. Its laidback, Santa Monica-like vibe has seduced many an expat, including 30-year-old Scott Romig, owner of Kai Shapes, who builds around 200 custom boards a year from his horse barn-turned-surf shop. He “got happily stuck” here in 2013, after taking a diversion from teaching English in Egypt. “Dar Bouazza is one of the most authentic surf towns in Morocco, and it’s hidden in plain sight, just minutes from Casablanca,” he explains.