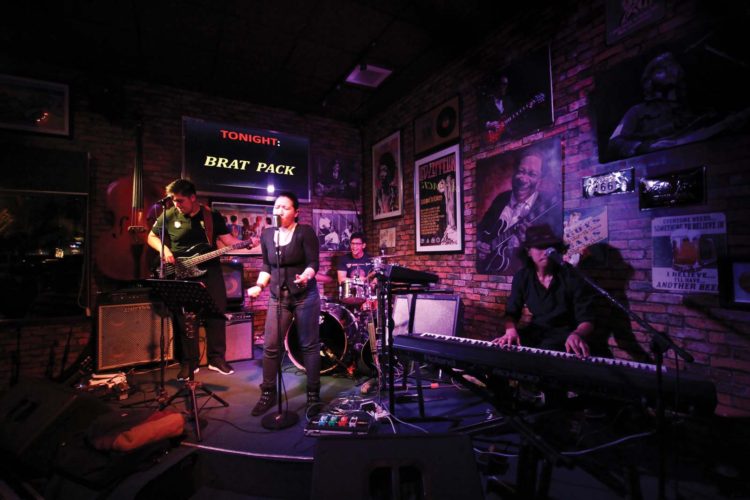 Manila is not an easy place to explore. On a recent trip I was told that the huge capital of the Philippines – part of a sprawling metropolitan area home to some 24 million people – is only for “advanced travellers”. They’re at least partly right. For most tourists Manila is a point-of-entry from which they advance to the staggering Filipino countryside: its volcanos, beaches and pulsating wildlife.

But no large city is worth avoiding altogether. Manila may be short on tourist-friendly sights, claustrophobic and gridlocked – with often dystopian levels of traffic – but it’s also a beautifully mad, breathless place that’s chock-full of life in all its craziest forms.

Manila also holds a wide array of exciting and hidden spots, if you’re willing to look for them. From Rizal Park, peppered with historic landmarks from the Philippines’ tumultuous history, to theatres, museums and galleries. Further afield you’ll find Taal Volcano, a breathtaking natural beauty on the south side of Luzon Island.

Architecturally speaking the city is staggering, and Intramuros, the historic heart of Manila, is a walled masterpiece of Spanish colonial style, with battlements, churches and government buildings that are pleasant for an afternoon stroll. Unfortunately, Japanese invaders destroyed most of the city during the Second World War, but its restoration has been tasteful.

Manila has plenty for foodies, too. Street food enthusiasts in particular can enjoy national dishes such as adobo chicken or balut – small, aborted ducks’ eggs that locals often snack on alongside a drink or two. New rooftop bars, like that above the trendy Z Hostel in Makati, cater to a growing local set that enjoys partying long into the night.

If you’d rather miss the street food, there are plenty of upscale eating options, so perhaps try Blackbird, an aviation-themed restaurant in upcoming Salcedo Village, Makati. Meanwhile, Quezon City’s Van Gogh Is Bipolar (yes, really) is a frankly bizarre dining experience designed to make you either calm, happy, or a combination of the two. Taxi journeys between all of these spots can take upwards of an hour, but few will cost more than US$4.

Many of Metro Manila’s hottest places are clustered around Makati which, despite having a reputation on the wrong side of seedy, has begun to serve up some great food and nightspots. Hooch, The Curator and Bank Bar are geared towards the city’s more monied travellers, while restaurants such as Salt and Bucky’s Poblacion have pounced on the global hipster phenomenon, offering craft ale and US-inspired snacks at reasonable prices.

In the evening, streets dance with frenetic, technicolor bars and clubs. Inside them, a chance to sample a national music movement that’s rapidly coming under threat.

Filipino, or ‘Pinoy’, blues bands take their lines from the American South. The country’s recent past has included colonial rule by Spain, whose influence is seen everywhere from the brightly-coloured inner-city housing blocks to the national language of Tagalog, which is flecked with Spanish words and phrases.

In 1898 Spain went to war with the US over the island nation. Its loss handed power of the Philippines to Washington, which held control until 1946. It was during this time that the country became a mirror for cultural phenomena in the States. That included its music.

“Every musical development from the profound to the most superficial that originated in the United States was soon reflected in the Philippines,” wrote Paul A Rodell in his book Culture And Customs Of The Philippines. “The music of dance bands, ragtime, blues, jazz, swing, boogie woogie, and, in the post-World War II period, rock and roll, folk, alternative and rap were all mastered by Filipino composers and musicians.”

In the early days of the Filipino craze for all things American, nightclubs and cabarets popped up all over Manila. Shows like bodabil, a local approximation of vaudeville, introduced locals to western entertainment. They went hand-in-hand with music and dance.

“By the 1920s, the sarsuela (a type of all-singing, all-dancing stage show) and travelling theatrical companies with their Filipinised versions of European music forms had all but vanished,” added Rodell, “as young musicians seemed more interested in learning new jazz tunes from Chicago than traditional classics.”

In the early days of the Filipino craze for all things American, nightclubs and cabarets popped up all over Manila

Despite independence, the country struggled to find its own cultural identity, and Filipino acts continued to mirror their American counterparts for decades. Yet if you listen closely, you’ll discover that Pinoy blues has its own sound. There are elements of funk, reggae, ska and even traditional Filipino music thrown in. That makes it faster, and a little dancier, than its counterpart stateside.

At night it’s not uncommon to hear crowds of locals singing karaoke, which has become a national pastime on a par with billiards and basketball. Around the culture a host of entertaining venues have sprung, which are spread out across Manila’s fearsome sprawl.

“Currently the whole world knows that a lot of Filipinos get noticed because of their singing,” explains Mike Mananzala, general manager of The Roadhouse Manila Bay. “They win contests all over the world. It’s part of our culture. If you’re musically inclined you should definitely come to Manila.”

The Philippine Blues Society is a non-profit organisation dedicated to promoting the genre. Its director Allan Magturo has sent newcomers as far afield as Memphis for exposure. But Manila has just as beating a musical heart.

It wasn’t until the 1980s, under the leadership of dictator Ferdinand Marcos, that Filipino bands began to rally against Americanisation. The Apo Hiking Society, one of the most successful Pinoy bands of that decade, had their biggest hit with American Junk, a polemic against US neocolonialism. Other bands, like Asin (‘Salt of the Earth’), scored chart entries with songs that celebrated the Philippines’ rich line of local, indigenous music.

Because of the rise of Korean pop and other foreign music, it’s sad to say, but Pinoy music is going

But on a visit to Manila, it’s easy to think that almost nobody bought into the song’s politics. Central districts like Malate and Ermita bedazzle with neon lights redolent of mid-century Miami. Food and drink outlets are (all-too) often attempts to mimic their counterparts stateside. Many of the city’s most iconic buildings, such as the grand, ozymandian Metropolitan Theater, draw from art deco movements in the US (searching for them provides a fascinating treasure hunt across town).

Manansala is worried: Pinoy acts have fallen down the pecking order in the past few years, as imports from Korea, China and other Asian nations have captured the hearts of the local youth. “Pinoy music in general, not just blues, is slowly dying in Manila,” he says. “Perhaps because of the insurgence of Korean pop and other foreign music, it’s sad to say but slowly Pinoy music is going.”

Local heroes like the Juan de la Cruz Band, who first formed in 1968, and Ray ‘Binky’ Lampano, who now resides in Los Angeles, have kept the movement buzzing, but mainstays of the scene
such as Manansala feel that the writing could be on the wall. Not that he’s throwing in the towel just yet. “Blues is still Manila’s main music,” he adds, with an air of defiance.

He’s right, too, as any evening out in this amazing city will attest to.
Music should be counted firmly among Manila’s many unsung draws, making it an amazing way to experience one of the world’s most unusual, and truly mind-bending metropolises.