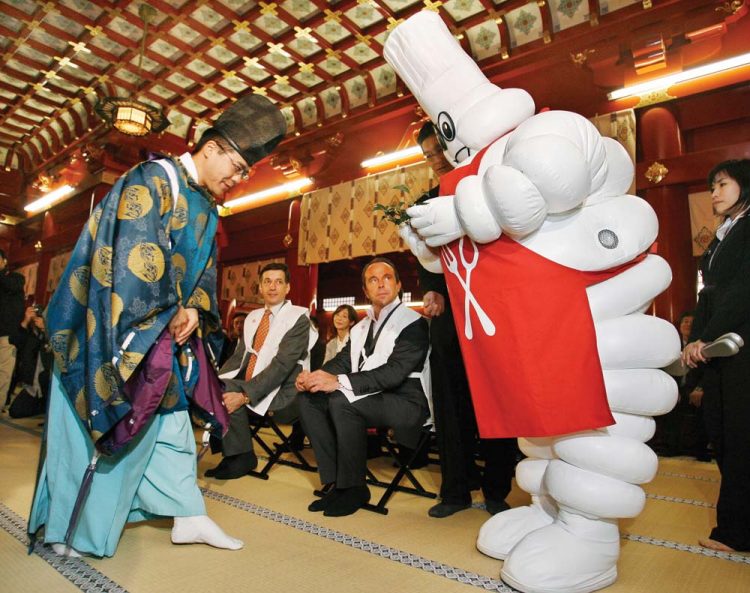 Japan has achieved a reputation for forward-thinking technology innovations, impressive public transit (with average annual delays of less than a minute), a creative culture that has made anime and kawaii global trends, and a world-record for the city with the most Michelin star restaurants (that’s Tokyo, with 230). With the attention gathered by the forthcoming 2020 Olympic Games, there’s also another aspect likely to gather widespread appreciation – their unprecedented mascot population.

With seemingly every city, business, landmark, and cause adopting a character as their spokesperson, the number of anthropomorphic furry friends is readily apparent. Yearly events like Licensing Japan, (where unclaimed mascots attempt to sway interested businesses), and Gotouchi Character Festival (where characters presumably go to schmooze), have only served to solidify this cartoon-friendly aspect as a ubiquitous part of daily life. This arms race for the public’s attention has created exceptionally niche creations, often with Frankenstein-like attributes or a wish-fulfilling backstory. There’s Momiji-chan, a pink hunter-hunting deer from Hokkaido, who appears with a shotgun, lest she be called to action. Marimokkori, from Lake Akan, a moss ball with noticeably masculine attributes. And Sento-kun, a deer-like boy created to celebrate the 1300th anniversary of Nara, even at the protest of many who claimed he uncomfortably resembles Buddha.

There have been a few breakthrough characters, transcending their original marketing purpose to become stars in their own right outside of Japan. In April of 2019, Last Week Tonight host John Oliver introduced Chiitan to his audience, an unofficial “Fairy Baby Otter” mascot for the city of Susaki. Its chaotic videos jumping, flailing and hitting things like a sugared-up child caused the city to distance itself from the character. However, Oliver praised the pink turtle-hat mascot, saying that while its antics may raise a few questions, “You’ll notice that ‘Am I bored’ is not one of the questions.” Likewise, Kumamon, a black bear gifted with large ruddy cheeks, has expanded past his role as the mascot of the Kyushu Shinkansen line, achieving international ubiquity with sales of goods bearing his image creating over 150 billion yen in revenue in 2018 alone. His appeal is so strong that when Empress Michiko met the character in 2013, she reportedly asked if he was single (like most mascots, Kumamon is silent, so his relationship status remains unknown). 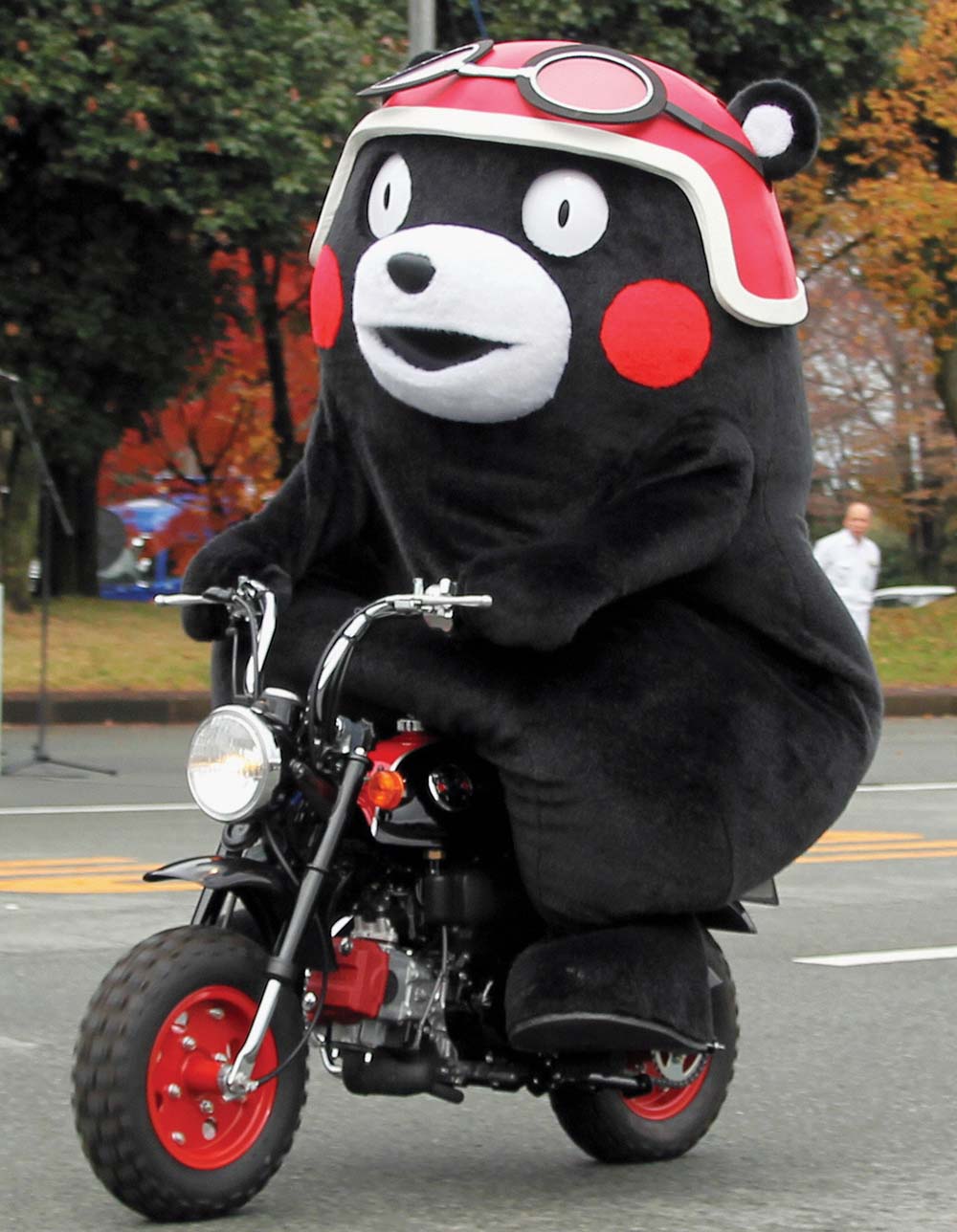 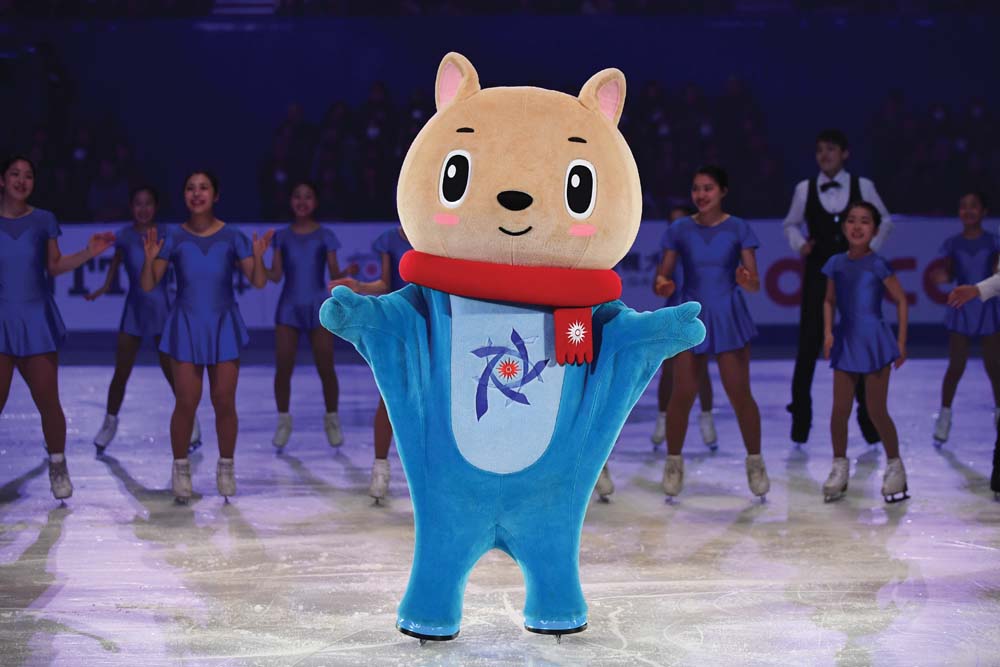 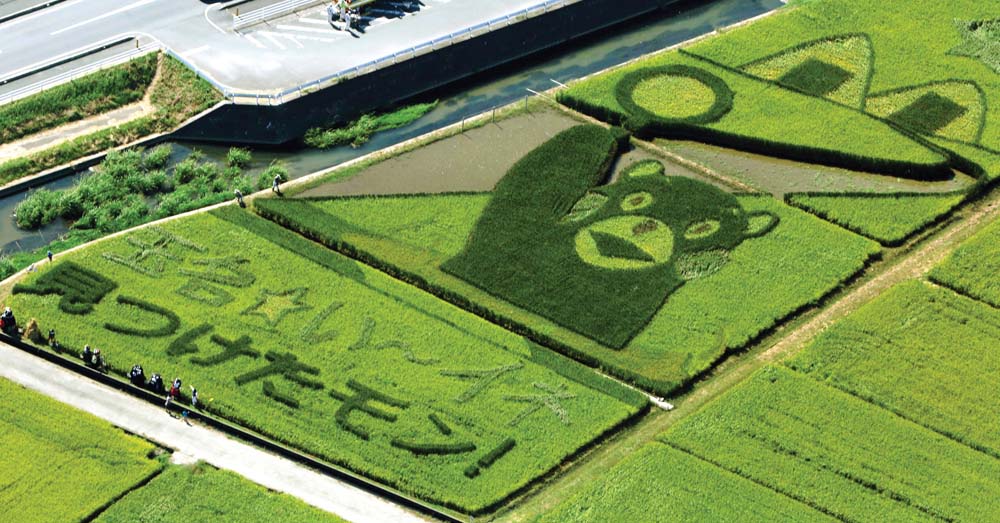 While it’s impossible to properly identify the number of mascots inhabiting Japan, one British writer and expat has been making an attempt. Since 2016, Chris Carlier’s website Mondo Mascots uploads examples of mascots and their backstories multiple times per day. The website counts Chrissy Teigen, Kristen Schaal, and Paul F. Tompkins among its fans.

“Each mascot seems to have its own loyal fan base, but I think for most people [in Japan] mascots are just part of the furniture, and they barely notice them,” he says of the growing population. “Visitors seem to get more excited by mascots, regardless of what the mascot represents.”

It’s a position echoed by most Japanese, including Corey May, a YouTuber and Twitch streamer who recently moved back to Japan after 20 years away from his home country. 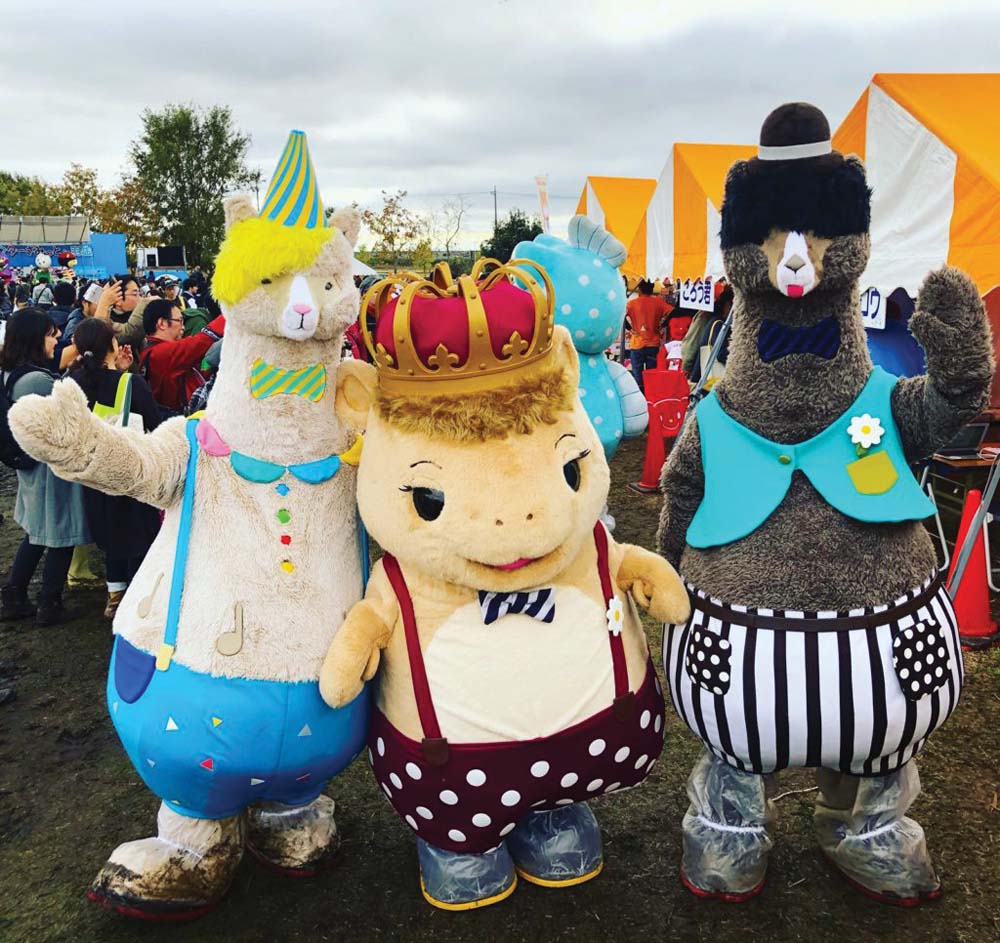 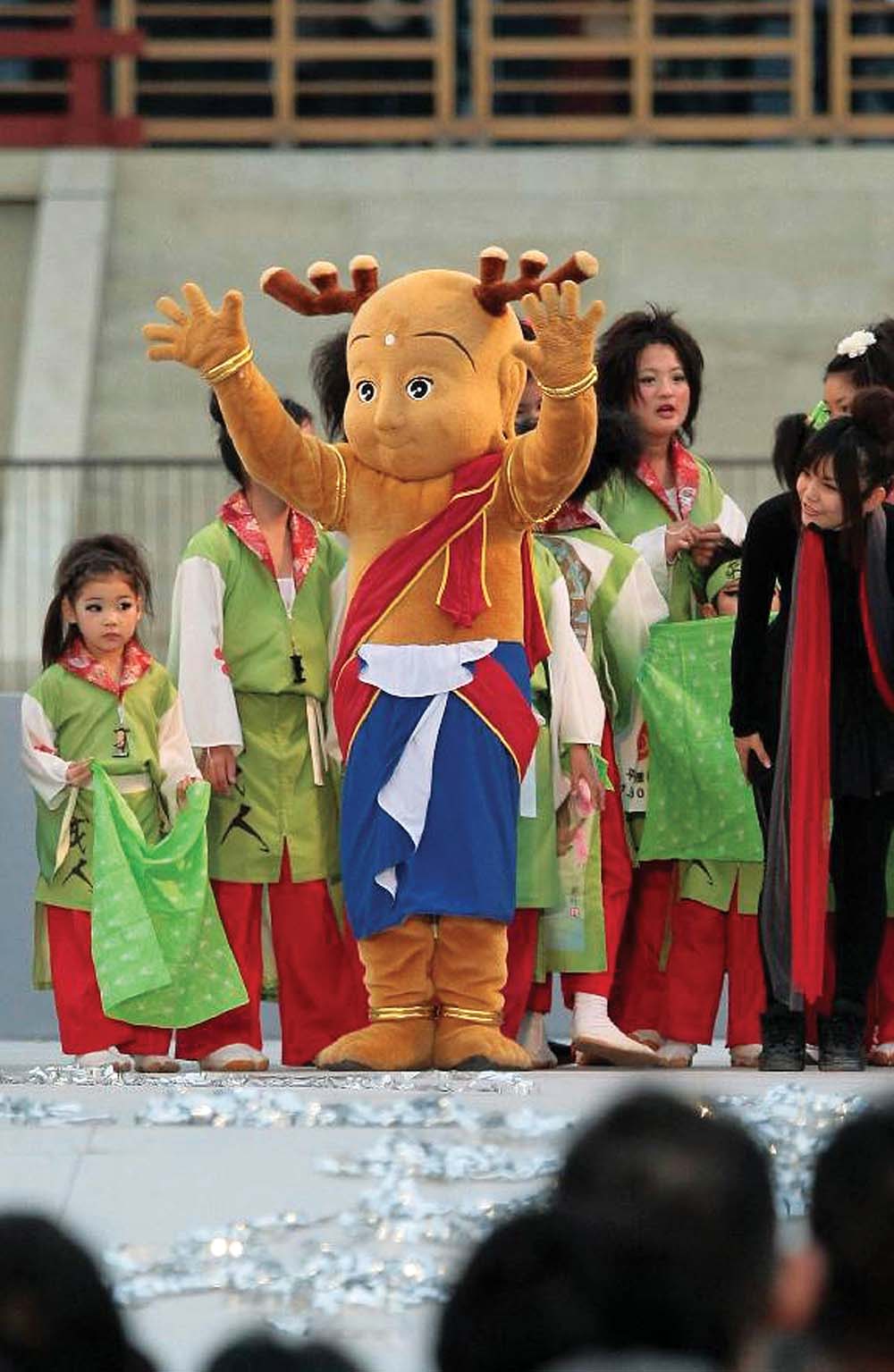 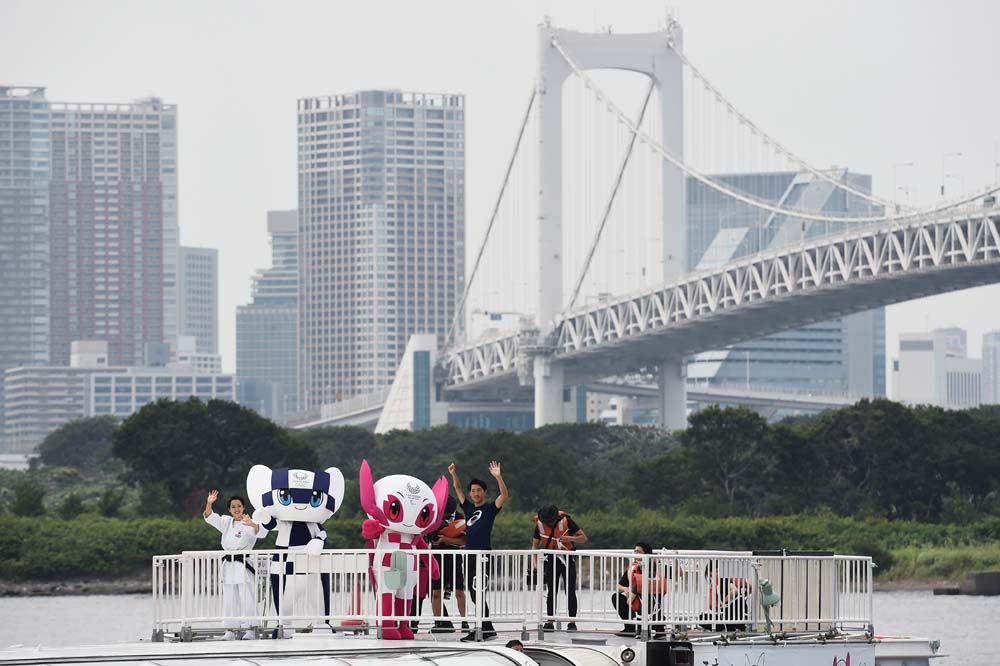 “I think most people are generally unaware of the mascots for all the small businesses and other things that are literally everywhere,” he explains. “People tend to know the big mascots of major companies, just from exposure to them in advertising, like Pikachu and Mario. I think the general public loves those characters because they’ve been around so long and people have grown up watching their shows or playing their games. But the mascots for, say, the electric company or the local hardware store? Most people might recognise it if shown an image, but probably couldn’t remember where they saw it.”

For Rebecca Saunders, a British expat who has lived in Japan for a year, mascots are still a novelty. Even before she moved to Japan, they were her ambassadors, wordlessly communicating culture. “I first noticed Japanese mascots when I came to Japan on holiday in 2016,” she says. “I backpacked around the country for five months and it seemed that every prefecture, town, organisation or safety procedure had its own character. At first it was funny to me to see mascots like a tiny bear on the metro crying because his finger has been caught in the door. The mascots have become a part of daily life now I live here. It’s nice to see something cute… there is nothing I can compare in Britain right now that is anything like the mascots in Japan.”

While the 2020 Olympic mascots – pink and blue checked aliens with super powers called Miraitowa and Someity –promise to be another memorable entry in the Japanese mascot canon (Carlier, a budding character designer, admires the characters but notes that “they’re more athletic than the big, clumsy ones I prefer”), they’re only two of a sea of faces. In the wake of Kumamon’s wild success, the field of would-be successors is rapidly multiplying. 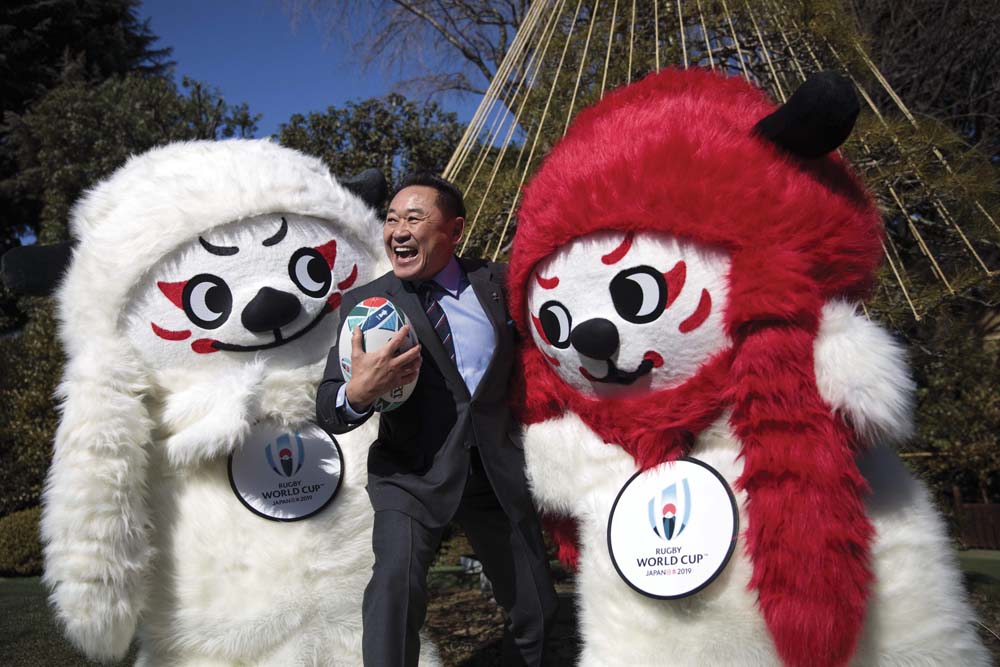 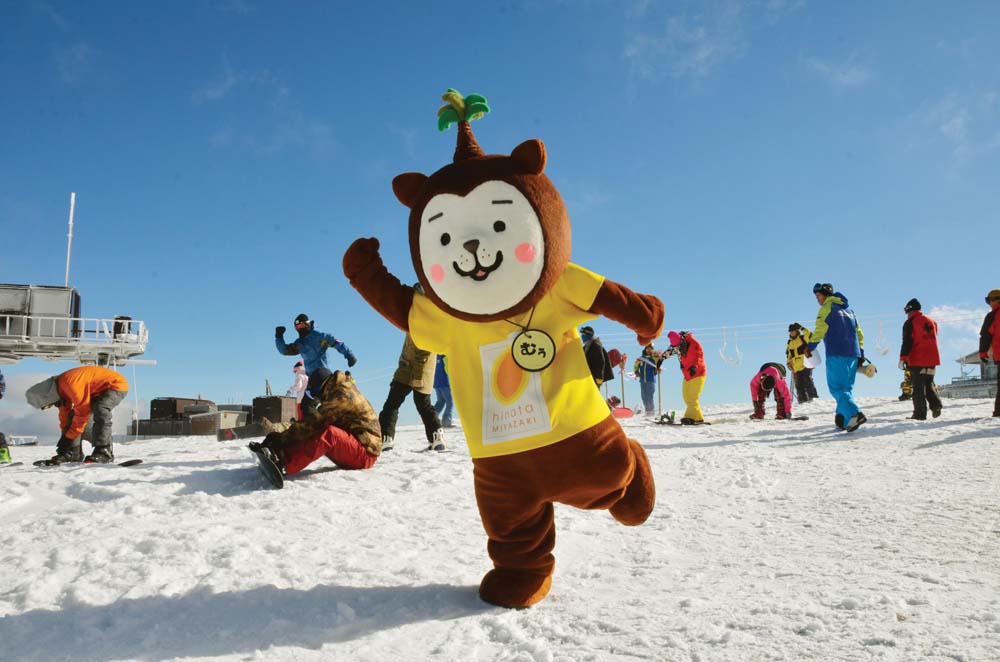 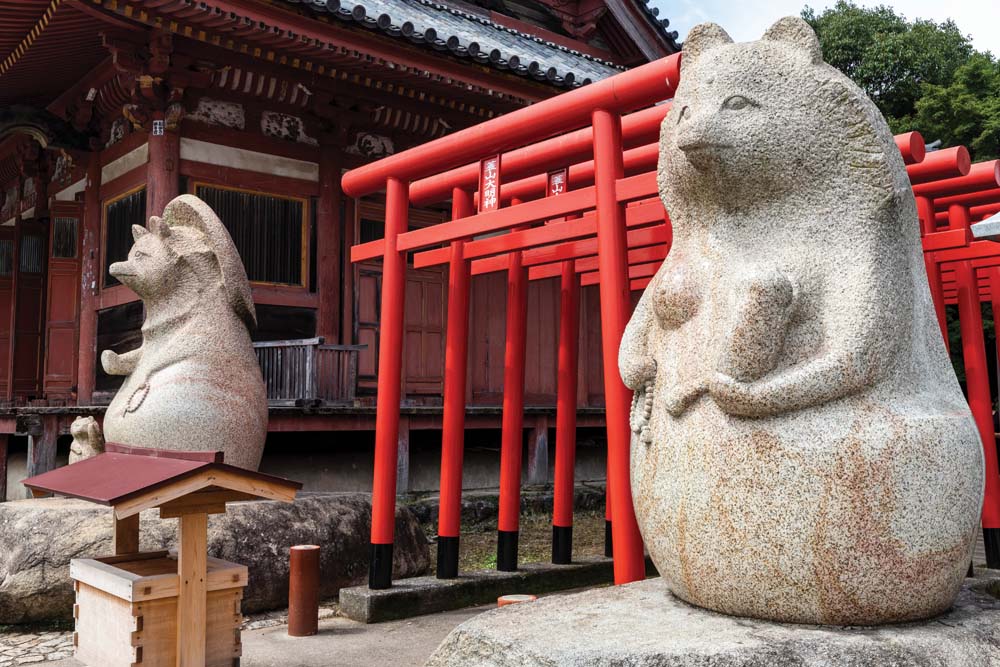 Japan seems uniquely primed to accept their ever-growing mascot culture. Thanks to the Kawaii movement of the 1970s, cuteness is seen as acceptable counter-programming to the seriousness and responsibility that comes with daily life. And with Shinto and Buddhism claiming the lion’s share of religion in the country, temples like Fushimi Inari in Kyoto, and Gōtokuji in Tokyo, have trained believers to see foxes and cats as spiritual messengers. As Japan is still very much a country where history is honoured, Saunders hypothesises that might play a role in the modern fascination with mascots.

“I also really like Japan’s traditional mascots,” she says. “People often have a frog statue outside their house for good luck, it’s a pun: ‘frog’ in Japanese is ‘kaeru’ and ‘return home’ is also ‘kaeru.’ Tanuki statues are also pretty funny – they wear rustic hats and swig sake from jugs.”

Like many aspects of Japanese culture, mascots, whether it’s a character welcoming you to a local temple, or Ren-G skipping across a Rugby World Cup field, it’s important to remember that these cuddly creatures represent something greater than themselves. But while their greater cause might be linked to commerce, the public enjoyment and levity they offer comes for free. 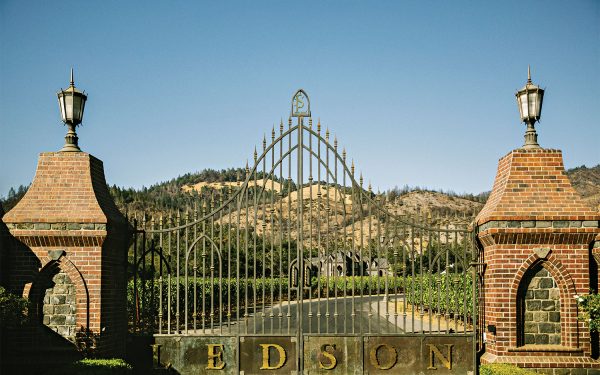 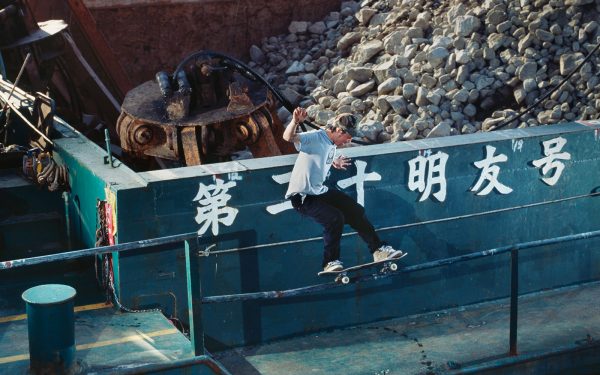