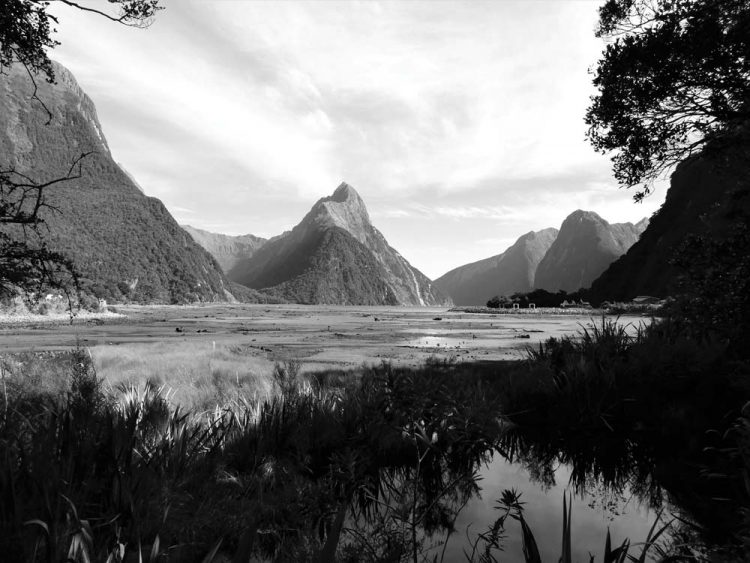 The brouhaha dates to 2015, when Tourism New Zealand claimed Dunedin and Oamaru were the best places in the country to get cheese rolls – and didn’t mention Southland at all.

What happened next was a period of serious soul-searching in southern New Zealand. Local politicians weighed in to express their outrage. A poll in the Southland Times newspaper gave Invercargill – the largest city in the region – the edge for the title of the home of New Zealand’s best cheese rolls, mollifying the community somewhat. It helped, too, that the Tourism New Zealand web page about cheese rolls that had kicked up the controversy in the first place was edited to give Southland at least some of its due.

To understand why cheese rolls are such an important part of Southland’s culture is to understand the social fabric of the largely rural, southernmost region of New Zealand that’s closer to Antarctica than the Equator. 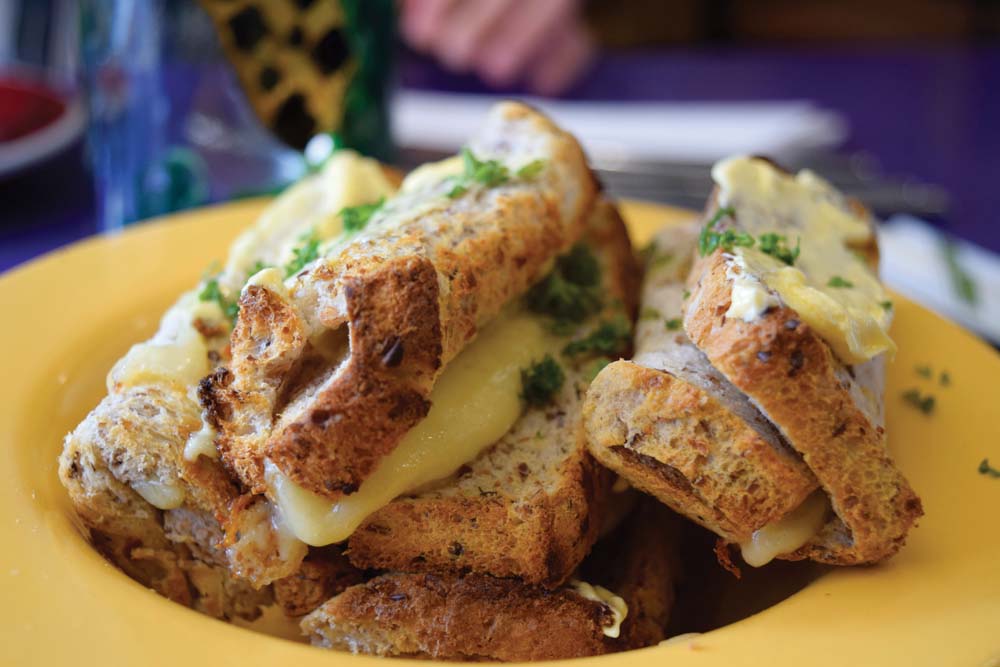 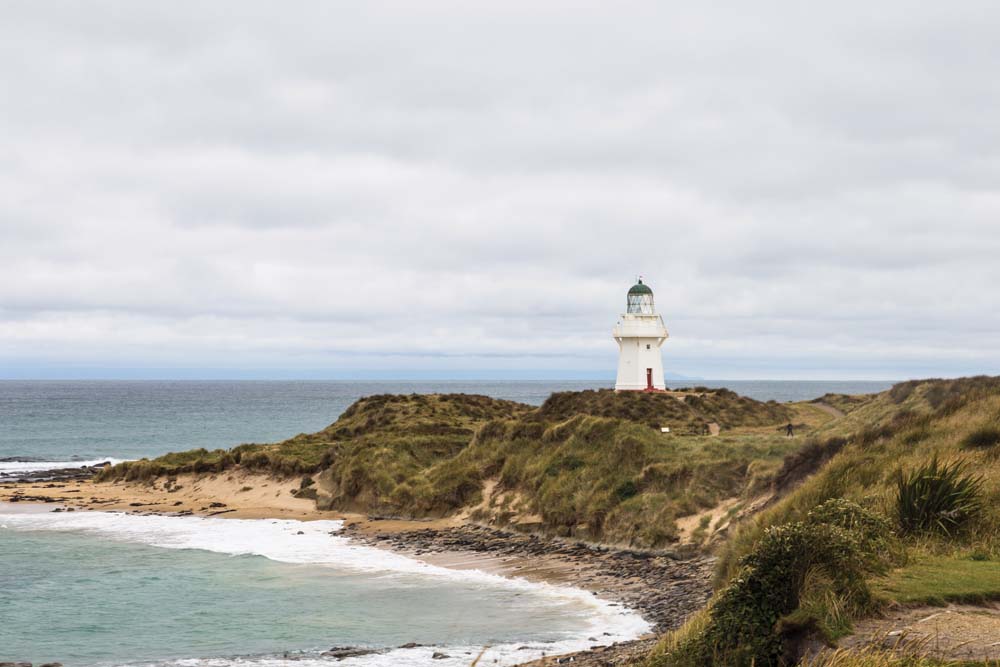 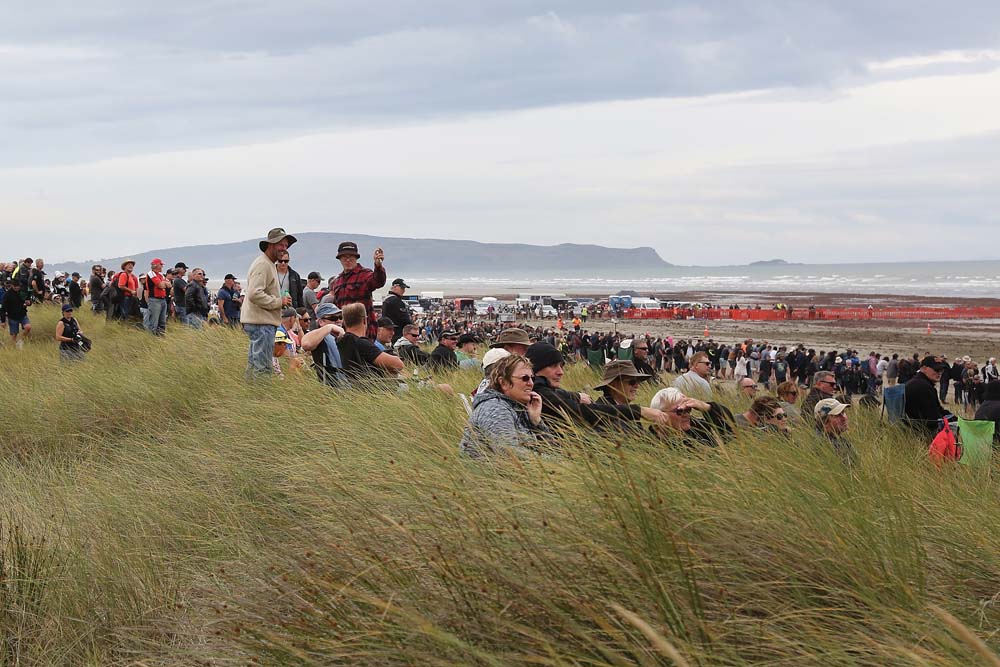 “Most people in Southland have grown up eating them, whether it be a treat or a cheat day thing or potentially just some comfort food on a cold winter’s day,” says Mark Heffer, owner and head chef of Invercargill café Industry.

“The cheese roll is a very multi-purpose thing. It can be an accompaniment to a soup or a snack or even a meal of its own. I think the greatest thing about cheese rolls is the fact that everyone has their own recipe, but one thing they all have in common is they’re toasted to perfection, smothered with lashings of butter, and dripping with creamy cheese.”

The largest commercial centre for hundreds of kilometres in any direction, Invercargill is a hub for the farming community in a region where agriculture – particularly dairy farming – has been a key economic driver for decades.

With more cows (there are a lot of sheep too, but that New Zealand stereotype isn’t quite as prevalent as one might think in the “Deep South”) than people, the roots of cheese rolls run almost as the deep as the ferns or rimu (a type of conifer) trees that blanket Southland’s great temperate rainforests.

“Everyone wants them” says Donna Hamilton, who co-owns The Batch café with husband Gareth in Invercargill’s city centre, which often feels busier than the centre of a city its size (it only has about 50,000 people) should be. 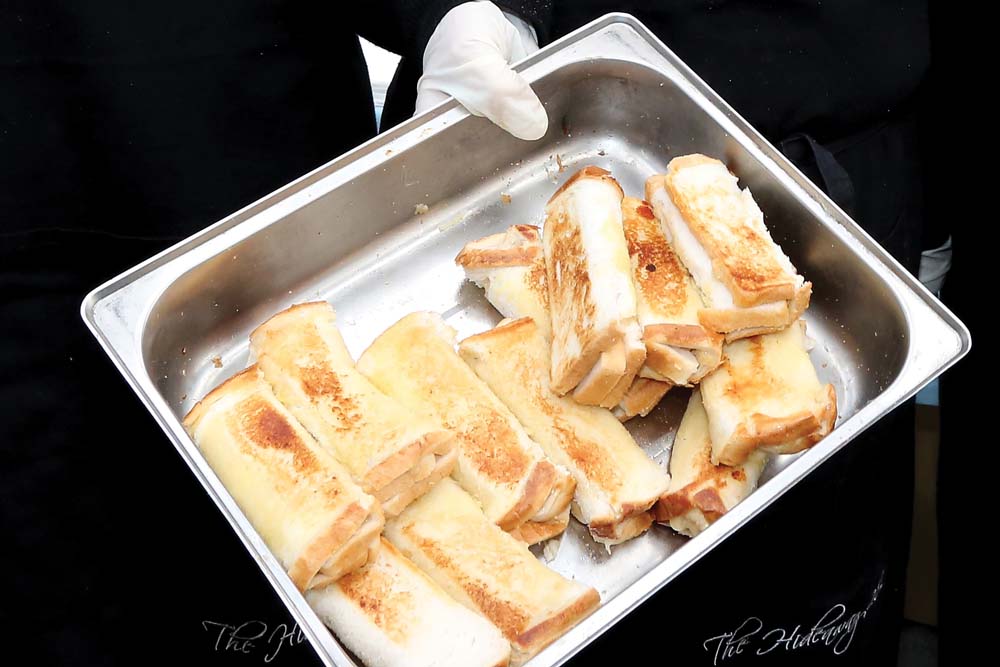 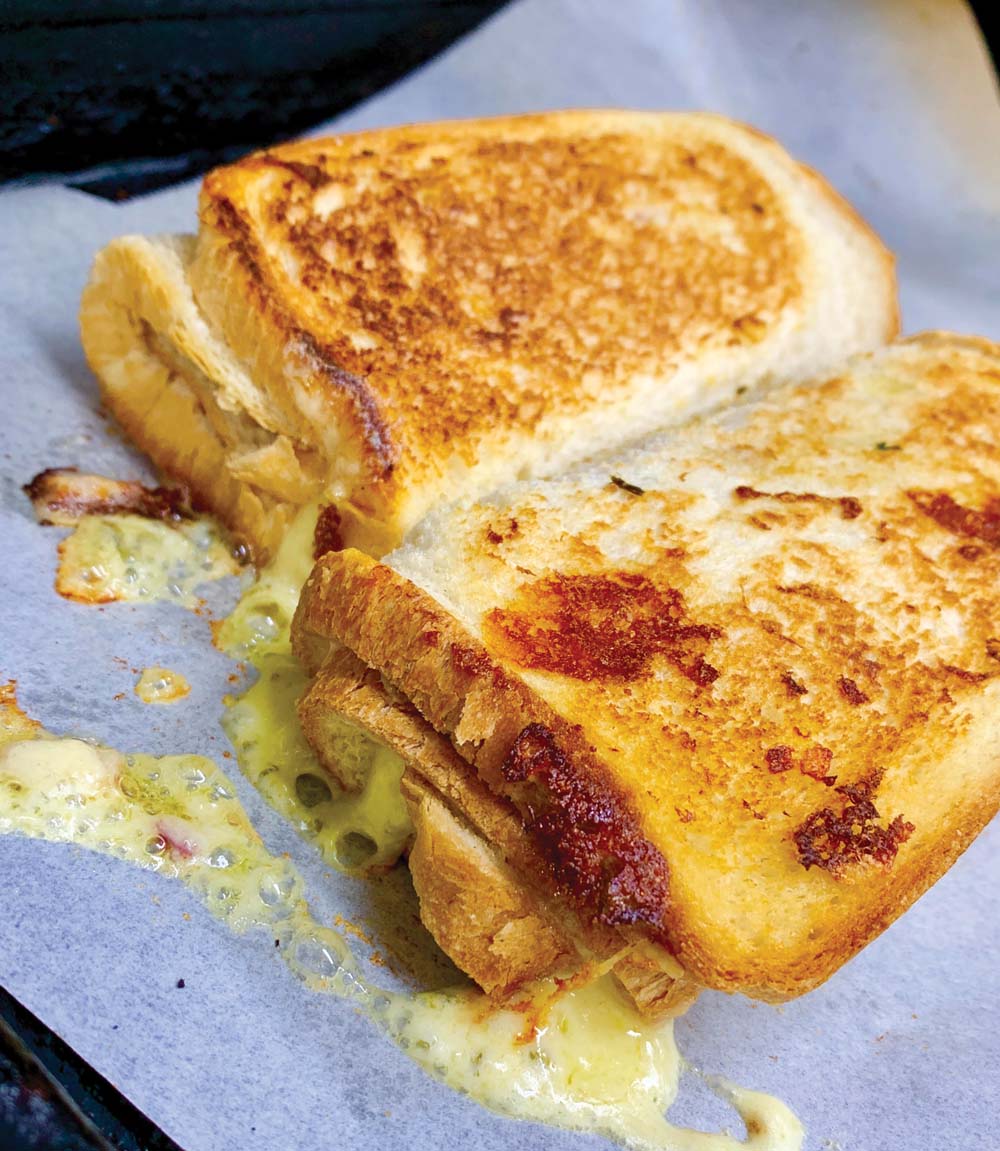 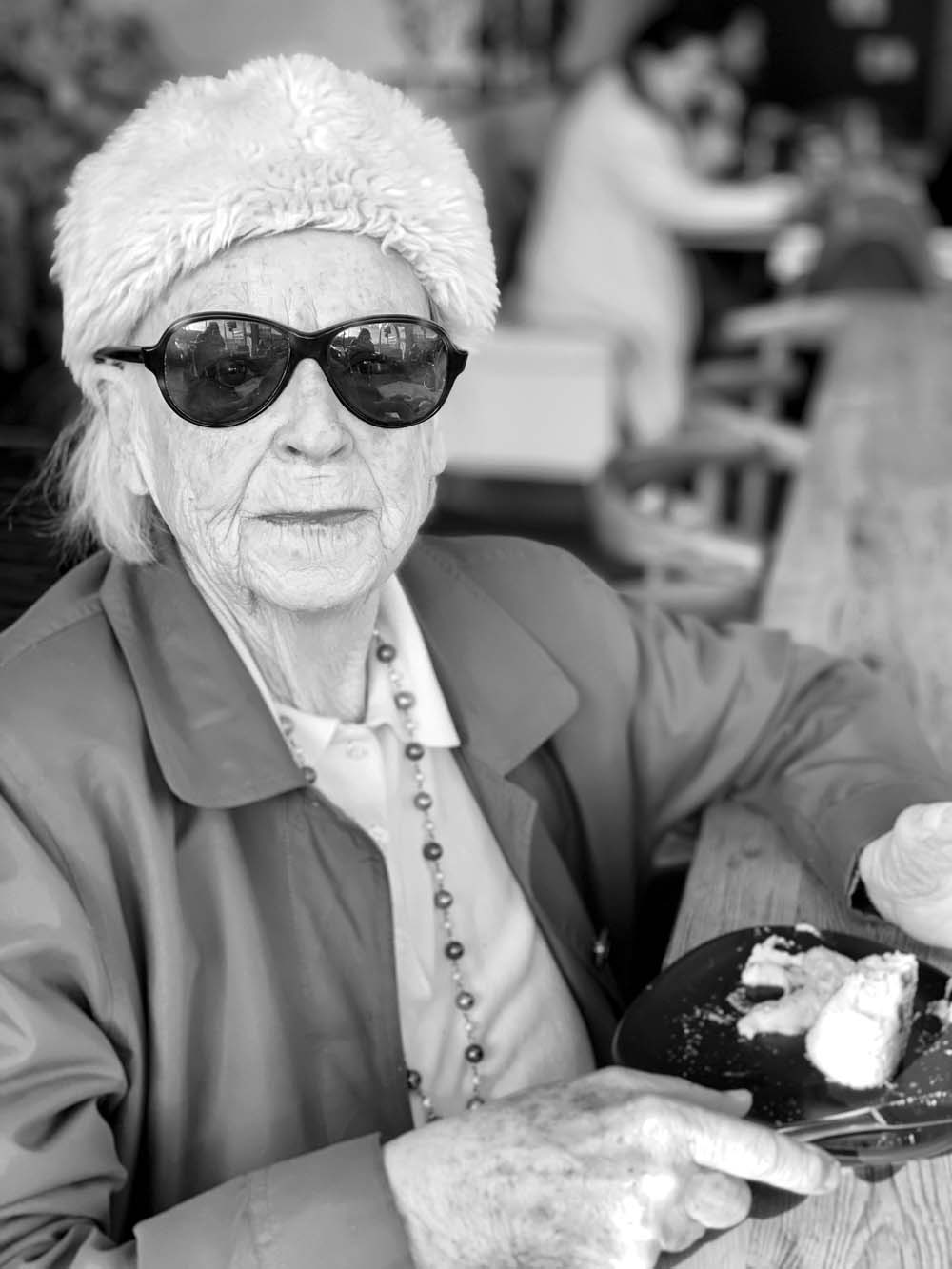 “A tradition that dates back to who knows when, these are part of our heritage. They are one of the most social foods Southland has.”

In decades past, cheese rolls were kept in fridges and freezers to be heated up when company came around, or when there was a crew of hungry dairy workers, sheep shearers, loggers or kids back from rugby practice to feed. But Hamilton says the connection between Southlanders and the humble roll
goes deeper.

“Women have been gathering for decades to roll hundreds of these cheesy delights as part of fundraising drives for their local schools, churches or their favourite charities. Bakers would donate bread, cheese would come from local suppliers, and they would gather, create and roll for most of the day. Cups of tea and gossip would be plentiful, and at the end of the day hundreds of packs of ‘six bagged, uncooked rolls’ would be sent out for sale – there was money to be made from these humble rolls. There wouldn’t be a kindergarten or school that hasn’t benefited from cheese roll drives. And yes, they still happen to this day. Every Southlander has a pack for emergencies in their freezer.”

Today, a good cheese roll recipe can make or break a café or restaurant in Southland. Hamilton knows this well. “As a café, we thought we were ‘above’ serving cheese rolls. How wrong we were! Our customers let us know their thoughts,” she laughs. One of those customers is Annette Matheson. She may be more than 80 years old, but she still comes into The Batch every other day with her husband for a cheese roll. The reason: as she says, she knows a good cheese roll when she tastes one.

Industry’s Heffer has a similar story of dedication.

“We have had a customer from up country that buys around 20 to take back home whenever they come down to share with friends and family.”

Like the deep green rolling hills, snow-capped mountains and dramatic coastline (more than 3,400 kilometres of it, with penguins not-infrequent observable wildlife) of Southland itself, Hamilton says part of the appeal of cheese rolls is the feeling of simple comfort they inspire in an area that can feel like visiting the edge of the map.

“Pulling the cheese roll apart, it’s obvious – it’s a basic food. It’s bread and cheese with a touch of onion – yet it’s not that simple to get it right. Consistency, heating, toasting and serving are key. Southlanders  living overseas have been known to phone home in desperate need of the recipe so they can share their heritage with newly found international friends, and we have heard of videos being sent home of young Kiwis (as New Zealanders are commonly known)  watching a YouTube clip as they try their best to replicate these delicacies.”

Heffer chimes in on the enduring appeal. “Being that we have a colder climate most of the year, we find that having a cheap, delicious, cheesy treat for people to enjoy is stock standard. Long story short, if people are selling them they won’t hang around long.”

Still, the secret of the deliciousness of cheese rolls seems to be mostly confined to Southland. Hamilton has some advice for anyone who ventures down to try some.

“You must have the roll served hot from the grill with butter dripping over it. You must eat it straight away, and you must take a moment to appreciate how fabulous the humble cheese roll really is” But given its importance to the region’s culture and the pride Southlanders feel – is “humble” really the right word? Hamilton reconsiders.

“The ‘humble’ Southland cheese roll is by no means humble. It’s proud, and it’s loud.”

HOW TO MAKE CHEESE ROLLS

Fancy some cheese rolls yourself, without the journey to the bottom of the world? Here’s a common recipe Southlanders use

1 can of evaporated milk

• Combine onion soup mix, evaporated milk, chopped onion and grated cheese in a saucepan on a stove on low heat until mixture begins to melt

• Place on trays and bake in oven at about 180 degrees Celsius for 12 to 15 minutes, or until the bread begins to turn golden brown

• Alternatively, cook on grill and turn over rolls when they begin to turn golden brown

• Allow to cool slightly, and enjoy

You can add Worcestershire sauce to the mixture to spread inside the rolls if desired. Similarly, you can also use reduced cream in place of evaporated milk, and vary the amount of cheese and onion used to suit tastes