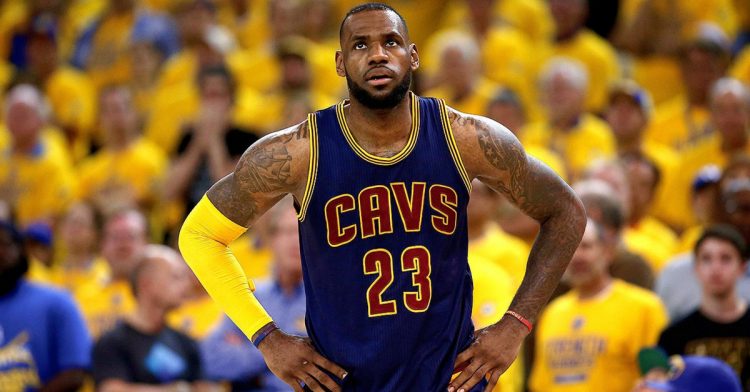 The first thing you should do in Cleveland?

Make sure you get yourself some tickets for The Cavaliers.

There’s one place you have to eat

It’s not like I am going to eat it every day – but at the same time I still allow myself to eat the food that I want to eat in moderation – and when I do it is always Blaze Pizza. You will not believe how good their pizza is until you taste it. I can eat a large one in five minutes flat – they taste that good. If you want a ‘LeBron Special’ ask them to make you a pizza with basil, red peppers and pepperoni. Trust me, you are not going to regret this.

If you want a big night out

I would always start at XO Prime Steaks, which, for me are the best steaks in Cleveland. They also have a pretty amazing cocktail menu, too. If you aren’t ready to go home after dinner, you’re in the right part of town to keep on going.

The best way to recuperate the next day?

Go for a run in Edgewater Park. It’s beautiful along the water, the fresh air will do you good, and you get amazing views of the city.

If you’re looking for a family day out

Maybe not everybody knows we’re the home to The Rock & Roll Hall of Fame, so that’s a very cool place to go and check out. I like a lot of music, but I especially enjoy hip-hop. It’s so important that artists like N.W.A – who were inducted to the hall of fame last year – are recognised because they were so much more than artists; they gave hope that people in those areas could have a better life.

Why don’t you grab a basketball, head for Patterson Park and get a little game going. It’s near to where I grew up, and people have invested a lot of money in the courts down there in the last couple of years.

You won’t read this in the tourist guides

Cleveland isn’t trying to pretend it’s something it’s not; it’s not New York, it’s not LA, but it’s a city full of heart, soul and good people. It’s more than downtown Cleveland, it’s got a load of great neighbourhoods and areas – and you should go and check out as many as you can while you’re there.