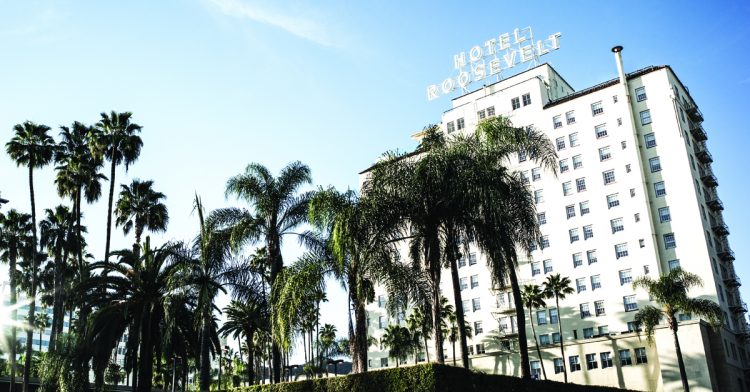 Sitting majestically opposite TCL Chinese Theatre on 7000 Hollywood Boulevard, The Hollywood Roosevelt hosted the first ever Academy Awards ceremony, counted Marilyn Monroe, Clark Gable and Charlie Chaplin as regulars, and was where Errol Flynn is rumoured to have created his recipe for bootleg gin. It’s as much a part of Hollywood legend as the sign in the hills.

Not that they’re trading on names alone. Following a recent US$25 million refurb, the rooms and suites play on the Spanish Colonial Revival style mixed with retro-cool, cabana-style living.

In the morning, head to the Tropicana pool – starring famed David Hockney mural at the bottom – and enjoy free coffee. Spend your day on the Walk of Fame outside before heading back for lunch at 25 Degrees, their upmarket take on a classic burger joint.

End the evening at Prohibition-style speakeasy The Spare Room, for drinks, bowling – they have a two-lane alley – and the makings of a sore head. Their famous former patrons would heartily approve.