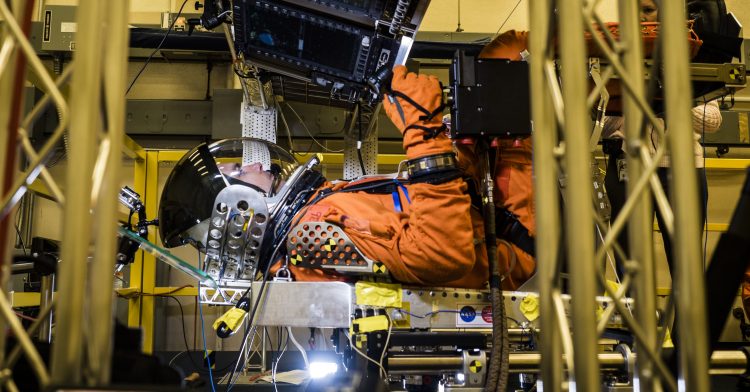 As the new space race gathers pace, the question of finance now faces serious competition from that of whether humans can handle the environment in the first place. Could Hawaii have the answer?

Companies, not countries, compete in what’s been called the new space race; and the founders of them believe they have all the technology needed to land humans on Mars – perhaps as soon as 2022.

While space scientists tinker with familiar problems – rockets and rocket power, water, food, air, the takeoff and landing of it all – they also carry out tests in far more unfamiliar territory: Human behaviour.

“I can’t tell you too much about what happens in the selection process,” says astrobiologist Sam Payler. “We just know that our personalities are in some way compatible.” Payler has just spent most of the year living with five strangers on “Mars” – or Hawaii, as it’s currently known.

ALSO READ: If you like cities of the future, welcome to Dubai 2020

Having applied for the fifth in a series of experiments funded by NASA, Payler passed multiple rounds of interviews and “lots of psychological assessments” before he earned a place on the mission. He flew to Hawaii, where he met his crewmates for the first time at a week-long briefing, then entered The Habitat. Once the door closed behind him, he knew he wouldn’t feel the sun on his face or breathe an ounce of fresh air for the next eight months.

“It’s just lava flows,” explains Payler of the landscape. “There’s no vegetation. There’s not been enough time since the volcano last erupted for vegetation to take hold. We couldn’t see civilisation at all from we where. We were really on our own up there.”

The Habitat is a white vinyl dome that looks like a massive golf ball. It sits 8,200 feet above sea level on the side of Mauna Loa, the largest active volcano in the world. The team at HI-SEAS (Hawaii Space Exploration Analog and Simulation) selected this site partly because it looks so similar to the surface of Mars. 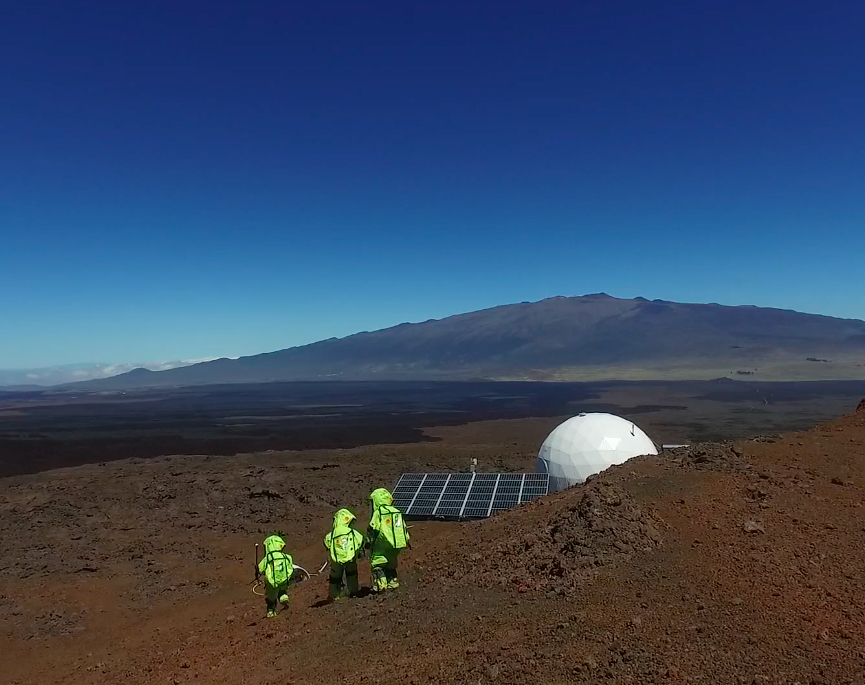 “Nobody here sees this as a race,” says NASA press secretary, Stephanie Schierholz, while explaining their plans. They’re busy working out how to get astronauts to Mars in the first place (expected around the 2030s mark), how to put them to work once they’re up there, and how to keep them fit and well while they do it.

That last bit is tricky. Microgravity and weightlessness can affect you in lots of ways. Fluid rushes to the upper part of your body. Neck veins bulge. Your face goes puffy and you constantly feel like you have a cold. Eyeballs flatten, vision blurs. Your immune system, muscles, and bones become weaker. You will very probably suffer from excessive flatulence. But predicting what’ll happen in your mind is even trickier, which is where HI-SEAS comes in.

But we’re getting ahead of ourselves. Firstly, how will we get there? “Sending humans to Mars will require a global effort with international cooperation and contributions from industry,” says Schierholz.

ALSO READ: The not-so-brave new world of adventure in the Arctic

Twenty years ago, NASA’s Pathfinder set down on the surface of Mars. A little robotic vehicle left the lander and explored an ancient flood plain in the planet’s northern hemisphere. Photos showed a red desertscape, dune seas, deep canyons, giant rock gardens, a bleak and barren alien world, but one that was majestic too.

For the first time, NASA used the web as the main way to share photos with the public. The pictures proved so popular they nearly broke the internet. Bas Lansdorp was 20 at the time, and watched the landing on his desktop computer in Holland. He decided he wanted to go to Mars.

The entrepreneur cofounded Mars One in 2011. His company aims to establish the first permanent human settlement on Mars. Coming back, he says, is far more dangerous and expensive than getting there. The distance between Earth and Mars can be as short as 55 million kilometres and as long as 322 million, depending on the phase of each planets’ orbit of the sun. This shortest distance happens once every two years. So you either have to take the long way home or sit around on Mars waiting for the planets to align. And that’s presuming your rocket is capable of the return flight. Mars One plans to send several unmanned missions to establish a “habitable settlement” (above) before the first astronauts arrive. But going to Mars one-way would still be pretty pricy – it’d cost trillions, according to some estimates. Lansdorp, who watched the Mars landing online all those years ago, created a funding model based on advertising and broadcast rights. Critics said he plans to fund space travel with reality TV. Think of it: The Real Housewives of Mars, Keeping Up with the Martians …

In 2013, Lansdorp called for volunteers to travel to Mars. More than 200,000 people applied. They’re currently being tested and interviewed and whittled down to 24. “Psychology is a lot harder, especially in our permanent settlement mission… we’re mostly looking for the best team players who would be able to deal with the group isolation.”

Lansdorp will probably buy his rockets from Elon Musk. He’s a man with serious history in the propulsion game. Dubai to Bangkok in 27 minutes? Los Angeles to Shanghai? Just 36 minutes. Sydney to London? The usual flight time is 20 hours. Musk’s ‘BFR’ would do it in under an hour.

Musk started PayPal and runs Tesla – the car manufacturer, energy storage company and solar panel manufacturer. He’s worth about US$20 billion. When the South African wanted to move into the space business, he tried to buy rockets from NASA and then from Russia, but had no luck. So he decided to build his own. He founded SpaceX in 2002. Musk wants to make space travel cheaper and eventually create a colony on Mars.

In September, at the annual meeting of the International Astronautical Congress, Musk presented an update on SpaceX’s BFR – the Big F****** Rocket. This is the thing that will get you from Dubai to Bangkok before the drinks trolley’s been around. It’ll leave the Earth’s atmosphere, so there’s less friction and no turbulence, and has a top speed of 27,000kmh. Musk says tickets will cost about the same as an economy flight for the same distance. He aims to send humans to Mars in 2024 and super-fast flight is another way of paying for it. But, crucially, he’s yet to present his plans for keeping Mars passengers healthy in body and mind.

While Lansdorp aims to turn the colonisation of the red planet into must-watch TV, it could be said that the HI-SEAS test was a little like a reality TV show in its own right – ‘Six people, eight months, complete isolation… you decide.’ But according to Payler, a doctoral candidate at the University of Edinburgh, this was no Big Brother.

The dome was 1,200 square feet downstairs – workspace, kitchen and dining room, room for experiments and storage, all open plan – with a mezzanine upstairs, where thin plywood walls separated six small bedrooms and one bathroom (with a composting toilet). Payler and the crew contacted mission control by email, but with a 20-minute delay both ways, because that’s what it’d be like on Mars. If they left the dome, they had to wear spacesuits. These were hot. On a previous mission, the first time one participant put the suit on she had a panic attack.

Some of these things haven’t gone well in the past either. During a similar study in Moscow in 1999 – set up by the ominously named Institute of Biomedical Problems – two Russian participants got into a fistfight, left blood on the walls. And things got worse from there. One participant quit in protest and another got head lice.

Social scientists talk about ‘extreme environments’. If it’s extreme, an environment restricts privacy, confines, isolates, crowds, and it doesn’t let you leave when you want to leave. It could be a submarine in the ocean or it could be a research station up on top of a mountain. Mars would certainly be an extreme environment.

“A trip to Mars,” one NASA researcher suggested, “would be like a great sea voyage on an old ship.” And when the pioneering American explorer Richard Byrd travelled by ship on his first expedition to the Antarctic in 1928, he took with him 12 straitjackets and two coffins.

Payler believes that the toughest thing wasn’t the isolation, the sensory depravation, or the freeze-dried, shelf-stable food: it was no internet. Simple problems took hours, not minutes to solve. “When it’s gone, it’s much more debilitating than I thought it would be.”

Payler used virtual reality to help keep the crew happy. As science officer, Payler hooked the team up to Oculus Rift headsets so they could wander in a forest or through city streets. He is unsure whether this would make Mars astronauts more or less homesick. “Seeing lots of people around you, hearing their voices, it was quite a strange experience.”

Scientists and businessmen are getting close to figuring out the remaining technical and financial problems that prevent us from flying to Mars. So around the world, space organisations are planning more projects like HI-SEAS. Instead of just looking outwards, to deep space, they’re also looking inwards, at headspace.

HI-SEAS starts a new eight-month mission later this month. Some experts have gone as far as suggesting real astronauts head up Mauna Loa before being allowed to fly to Mars. Payler agrees. “We started off as strangers and I think by the end everyone in the crew was very confidant that we were going to be friends for a very long time afterwards. It was a little bit tough at times, but we made it very easy for each other. Deep space exploration is expensive and it’s so important it works – crew selection was vital. We were set up for success.”

In the end, whether a mission to Mars fails or succeeds could come down to more than technical data; and it’s quite fitting. If a move to the red planet could eventually prove the future of the human race, its own compatibility will prove vital. The answers to this might just be found in Hawaii. 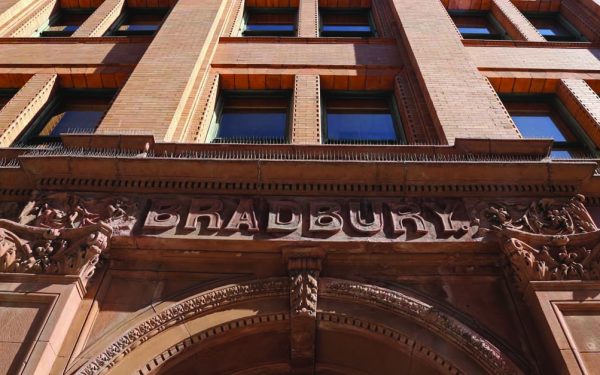