At first glance, it doesn’t seem like much. A stark, black sans serif font and three words: Burberry London England. Yet the redesign of the storied Burberry logo has garnered thousands of column inches around the world and divided the brand’s many devotees. The logo’s release was accompanied by a swathe of corporate-speak: “The logo allows the company to crossover into all the categories that are required of a big luxury clothing and accessories brand – something to transcend the company provenance without denying it.”

The brand was the brainchild of the label’s creative director Riccardo Tisci, who hired designer Peter Saville to do the redesign – probably the only superstar graphic designer in the UK (having previously designed visuals for New Order and famous Manchester nightclub, Haçienda). He was apparently only given four weeks to design the new branding. That may or may not be true – the emails between Saville and Tisci were published on Tisci’s Instagram account, and the whole thing was so carefully constructed as to look staged. The whole episode showed that the logo is as important as ever, at least in the minds of the those in charge. For the rest of us? Maybe not so much.

The redesign begged the question: why do brands continue to spend hundreds of thousands of dollars on their logos? What role do they play in consumerism? The modern incarnation can be traced back to 1885 and Franklin Mason Robinson’s Coca-Cola logo. To this day it remains one of the most recognisable logos in the world; a staging post in the inexorable rise of big businesses attempting to convince us to part with our cash, for their product.

If a golden era can indeed be assigned to logo design it would be in the mid-1950s, with Paul Rand’s iconic brand for IBM. Rand was also hired by Steve Jobs to design the logo for his NeXt computer range, which now lives on as the heart of Mac OS X.

Asked by Jobs how many iterations of the logo he could expect, Rand’s response has taken on legendary status for generations of underappreciated designers: “I’ll give you one logo, and you can use it or not, but you will pay me either way.” Rand’s design for IBM signalled a sea-change in logo design. No longer considered just a signpost for identification purposes, they were considered integral components of businesses branding, a vital part of the so-called marketing mix.

Which brings us back to Burberry. It’s been a tumultuous few years for the 162-year-old brand. The former CEO Angela Ahrendts left Burberry in 2014 after leading the company to unprecedented success, repositioning it as a leader in luxury e-commerce and overseeing sales of more than $2 billion. Christopher Bailey, the creative powerhouse behind the brand’s revamp, also left last year after 17 years. Bailey was the first designer to live stream his show online and he ensured Burberry was the first label to unveil new looks on social media first.

It’s a heavy crown to wear, which might be why the incoming creative director, Riccardo Tisci (formerly of Givenchy) decided to redesign the brand identity. The last time the brand changed the logo was in 1999, when the “s’ was dropped from Burberry’s. The minimal makeover (say goodbye to Burberry’s equestrian knight on a horse) speaks to a design consciousness that can be seen in many brands these days, not only in fashion.

Everyone from Google to Airbnb to Pinterest have strikingly similar logos: thick sans serif fonts on white backgrounds. According to Andy Harvey, creative director at Moving Brands, a London-based creative agency, generic logos are often seen as reliable. “There is an equal danger that we think brand equals colour/type/logo, but this avoids the world that brands are now thriving in. More established tech brands deliver their personality through their service, their content, their voice, the way they sound and behave.” This is true of fashion brands too. Think of Burberry and the visual association is most probably of a trench coat or their famous check, rather than the logo.

That many of today’s logos look the same reflects the fact that their role has changed. In years gone by they were the coalface of a customer’s interaction with the brand. These days, customers and potential customers interact with brands in a lot more ways: on social media, through podcasts, via sponsored content and, of course, through their products themselves. In the 1950s, Burberry was judged solely on the quality of its clothes. Now it’s judged on how well it communicates via social media, how innovative its catwalk shows are and how well its creative director comes across on YouTube. Logos are, while not unimportant, possibly less important than they once were. That being said, a bad redesign can be a costly affair. Says Peter Pek, chief executive of the World Branding Forum, “About eight years ago, Gap had such a huge disaster with changing its logo that it has become a textbook case study of how not to do it. It was so bad that they were forced to revert to their old one.”

The Gap logo debacle was indeed an example of how not to rebrand, with the howls of derision so fierce that the company reverted to its old logo after only a week. The company attempted to play the whole thing off as a means to incite debate, telling fans “we know this logo created a lot of buzz and we’re thrilled to see passionate debates unfolding! So much so we’re asking you to share your designs. We love our version, but we’d like to see other ideas. Stay tuned for details in the next few days on this crowd sourcing project.” That project never happened, and less than a week later, a company spokesperson told Bloomberg: “We’ve learned just how much energy there is around our brand, and after much thought, we’ve decided to go back to our iconic blue box logo.”

For all the critics of Burberry’s new design, no one is suggesting they go back to the previous iteration, and indeed, it’s far too early to know if the redesign will be seen as a success or not. And maybe the goal is that when your mind’s eye does think of Burberry, it thinks not of a trench coat, but of all of it: the latest catwalk show, the social media innovation, the print ads, the CEO, the creative head. The logo must represent everything the brand stands for by representing nothing; it must be a blank sheet upon which we put our idea of the brand. And, if nothing else, redesigning a logo will gain media attention, which drives sales, which reassures the creatives that they made the right decision. Confirmation bias is a powerful thing, even if we do miss the equestrian knight and his trusty steed.

The giant food conglomerate had a pretty good logo: simple, effective, recognisable. That changed in 2009 when it unveiled a redesign. It was a disaster, starting with the font, Tekton, derided in typography circles as Comic Sans-esque. The new tag line, “Make today delicious,” was as insipid as the graphics and Kraft ended up reverting to the original logo within six months.

In 2001, Royal Mail unveiled a new identity: Consignia. The logo was as bad as the name: it could have been attached to an oil company or a hedge fund or any faceless modern corporation. Royal Mail got the message and a year later reverted back to the original name and logo.

When new CEO Marissa Mayer took over, she was determined to refresh the company’s identity. Visually, that took root in the release of 30 different logos over 30 days before unveiling the final design. The reaction: a collective shrug of the shoulders. It was a slightly different shade of purple, and a slightly different font, and that was it. A bit like Yahoo! It failed to excite almost anyone. 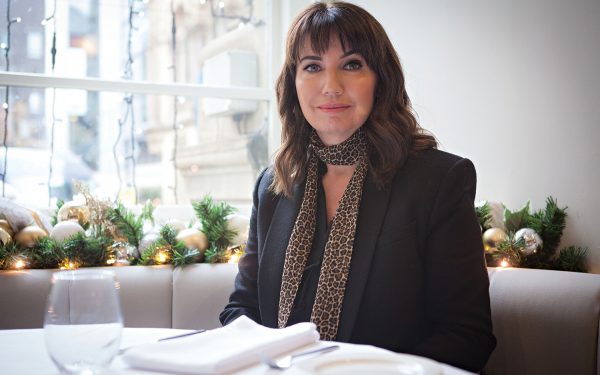