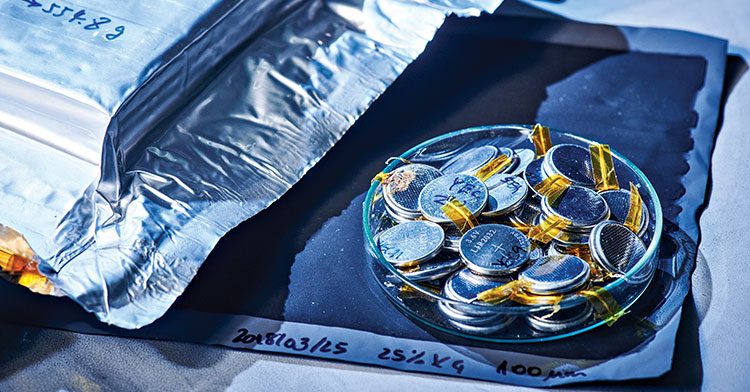 Imagine a lightbulb that lasts longer and uses less energy than any current LED. Or a pair of trainers with soles that have the most powerful grip in the world. They sound like interesting products – useful, even – and you can order them right now. But how would you feel if your mobile phone battery could charge to 100 per cent in 12 minutes, while also holding its power for longer? If seawater could be turned into drinking water by just using a sieve? Or if the aeroplane you’re in right now could use less fuel and create fewer emissions?

All of these innovations use graphene, the miracle material many times stronger than steel, yet incredibly lightweight and flexible. It’s also electrically and thermally conductive, transparent and one million times smaller than a human hair. Its discovery won the University of Manchester’s Andre Geim and Konstantin Novoselov the Nobel Prize for Physics in 2010, which led to the city becoming something of a worldwide hub for graphene research.

And yet, it seems like people have been talking about graphene’s potential for years, without it really breaking through into the mainstream. “I like to think of graphene as being a teenager, so 14 is still quite early in the lifecycle of a new material,” counters James Baker, CEO of [email protected], which leads the business development of the super-material at The University of Manchester.

“It took much longer for carbon fibre to make it into the first Formula One car. Maybe we set expectations too high, but I now firmly believe Manchester, as a Graphene City, can be as synonymous with innovation as Silicon Valley.” Strong claims, but Baker can make a persuasive case. He’s overseeing the fit-out of the aptly-named GEIC (Graphene Engineering and Innovation Centre), a new US$77m building right in the middle of Manchester that is benefiting from major investment by Masdar, the UAE renewable energy company.

When it opens in October, it will immediately become a major international research and technology facility, bringing together scientists and companies to accelerate the pace of graphene product development.

It feels important that it’s in the centre of Manchester, too, rather than out in some bland office park. This is the city that was the birthplace of the Industrial Revolution and the modern computer, a hub of innovation across science, art and music. “What we’re trying to create here is a whole ecosystem of acade-mics, large corporations, small businesses, startups, researchers, students,” says Baker.

“What we’ll be able to do at GEIC is rapidly prototype and develop a graphene-related product with a commercial partner. The excitement about this building is that rather than just talk about an idea, we can develop it, test it, validate it and then if it works see how we can scale it up to manufacture.

“I’m expecting this building will help accelerate the journey towards a tipping point where graphene is genuinely commercialised”.

Baker cites the recent launch of the G-Series, from running shoe brand inov-8. They had heard of graphene’s qualities, and came to Manchester to explore making a trainer they could say had the world’s toughest grip. Their existing problem was that the stronger they made their grip, the less durable the shoe became. Enter graphene.

“They came to us with this idea that they could use graphene to make the soles stronger, grippier, stretchier and more resistant to wear,” he says. “It only took 15 months to get to a prototype by adding graphene to the rubber, and another nine months to launch. That is incredibly quick, and exactly the kind of thing we want to be involved in at GEIC. It was a fantastic partnership; we bring the science, and they bring it to market”.

It will be interesting to see what kind of impact inov-8’s G-Series has on the running shoe industry. Inov-8 is not a Nike or an Adidas, but the brand operates in over 60 countries. Baker believes their competition will inevitably want to catch up, when they see what this relatively small company can promise.

“There’s that idea of the bleeding edge and the leading edge,” he explains. “Bleeding, as in companies get a bloody nose by being first to market, so they sit back and wait. But they will want to join in when they see what their competitors have done.”

Another dynamic at play is econo-mics. Inov-8 will be caught in that classic dilemma of making a product so durable and reliable that people won’t need to spend money with them as often to replace their running shoes. “That’s the challenge with innovation,” he smiles.

“You do disrupt the business model. Take tyres; when you talk to a tyre manufacturer you’re basically saying that with graphene added to improve grip and durability, you’re going to sell less. What you have to convince them is that though they’ll sell less tyres to the user, more users will buy them because they’re better than the competition.”

With any game-changing disruption comes doubt, cynicism… and in the end, competition. Not all of the incredible potential for graphene-based products will or can be filtered through Manchester; although GEIC will allow for sheets of graphene to be produced so they can explore its properties (“change the recipe”, as Baker puts it), the material is now available from many different suppliers around the world.

All sorts of companies are working on their own products. But the idea that an industry standard, graphene-enhanced mobile phone battery may not come via Manchester doesn’t faze Baker.

“The graphene market is still quite small, and I believe if we collaborate to make graphene accessible, we’ll all benefit,” he says. “Graphene City doesn’t mean everything has to be here.”

Some of which will be transformational – perhaps even Nobel Prize-winning again, if graphene membranes help solve the world water shortage. That’s the thing with graphene. The possibilities are infinite.

“The challenge we have isn’t the science, it’s the focus,” admits Baker. “But I can promise you now, there’ll be no more PowerPoint presentations about graphene’s potential. I want people to come to Manchester and see and touch and use graphene products – and then come up with their own ideas.”

And if that sounds a bit like Steve Jobs’s visit to Silicon Valley in the 1970s, then that’s the intention. Graphene City is ready to be durable. 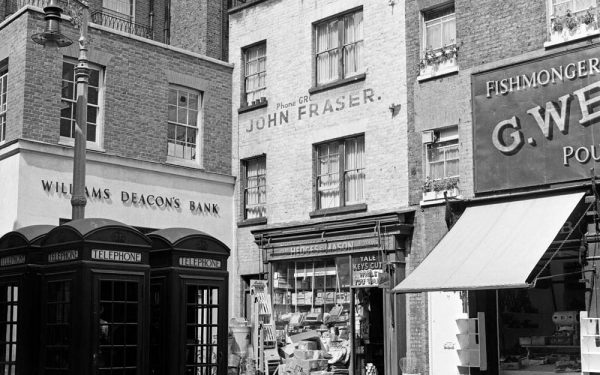 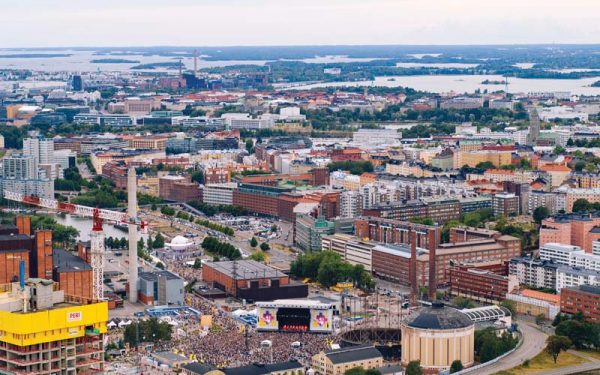 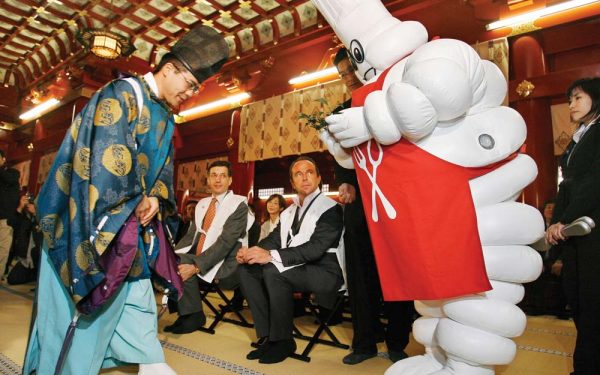