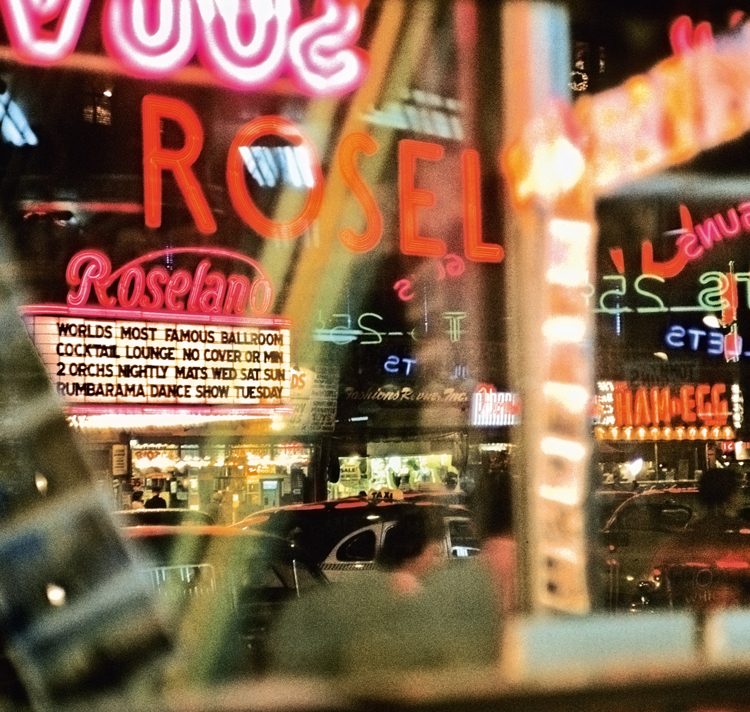 New York is a place that tends to inspire. It’s somehow come to represent something bigger, something grander than your average city, to the point that the whole place just seems a mesh of pop culture references and real life. Lines infinitely blurred.

In 1927, Marvin E Newman was born there – in the Bronx, to be exact. City life encouraged him to pick up a camera and record what was around him. Today, aged 89, he still lives there and has just released an eponymous new book collating many of his favourite images from the 1950s to the 1980s. It combines some of the images he took as part of assignments working for grand magazines of the time, such as Look or Life, with others that formed part of his own experimentation and self-education, particularly when learning to photograph in colour.

The fact the technology allowing photographers to shoot in colour coincided with the early stages of Newman’s career seems almost prophetic. Drenched in vivid hues, his shots were revolutionary at the time and he might just have been the first photographer to have ever captured the city that way.

“The technology wasn’t popular at first as there was no speed to it,” Newman explains. “The exposure times were so long that if you were shooting a portrait the person would have to sit perfectly still for around six to eight seconds. And if you wanted an action or a sports image, forget it – you’d only be able to do that in black and white. But the way I saw it, the world was in colour. We see everything in colour so that should be the way to shoot everything.” 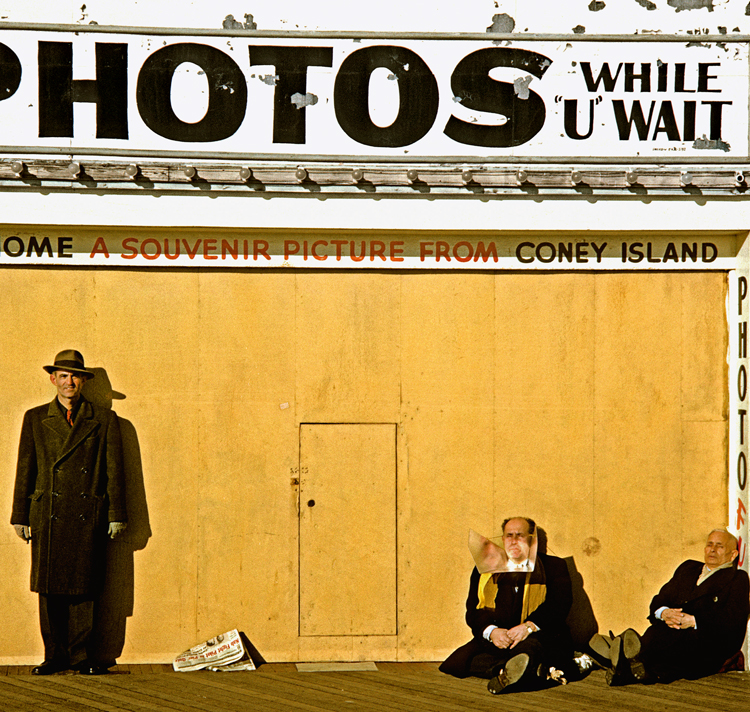 Newman’s determination paid off and while he initially felt he had to be selective in the locations he chose – places where his subjects were mostly stationary – it is his images that feature a slight blur or movement that are most intriguing. The city lights after dark seem somehow richer. “My favourite places [to shoot] were Times Square, 42nd Street and Coney Island,” he says. “They just had a lot more drama and excitement.”

Coney Island was to be the main focus of Newman’s earliest colour photography and you can see a whole chapter of the book dedicated to his visits there in 1953. The technology was at its most primitive but this was a place where there was little movement.

“It was a place where ordinary folks went to enjoy themselves. They just liked to sit or stand still, taking in the sun. I knew it well and I would find interesting shots. I’d spent a whole summer there before I had a camera, then I went back with one and never put it down.”

Newman visited during the summer and again in the winter to capture the seafront in a different season. “Winter there really surprised me,” he says. “In summer, people came out for the sun, the rides and so on but in winter, even though a lot of the attractions were closed, they were still coming. There they were, sat outside in coats and starving for the sun, trying to catch as many rays as they could. It was a shock to me and made for beautiful photographs.”

As he began to experiment with different lenses and flashes, Newman discovered ways to get more out of the technology of the time. The city at night, with its bright lights and neon signs, soon became the perfect subject matter. “I wanted to do something that went beyond what had been done before so I went to great lengths, mixing the electronic flash with all the existing light there and using a filter to match the lights of Broadway,” he says.

Newman’s highlights include a shot taken on a rain-soaked evening, with the lights and reflections merging to form a single dizzying haze while in another, looking at the streets through a shop window enhances the distraction of the dazzling neon. 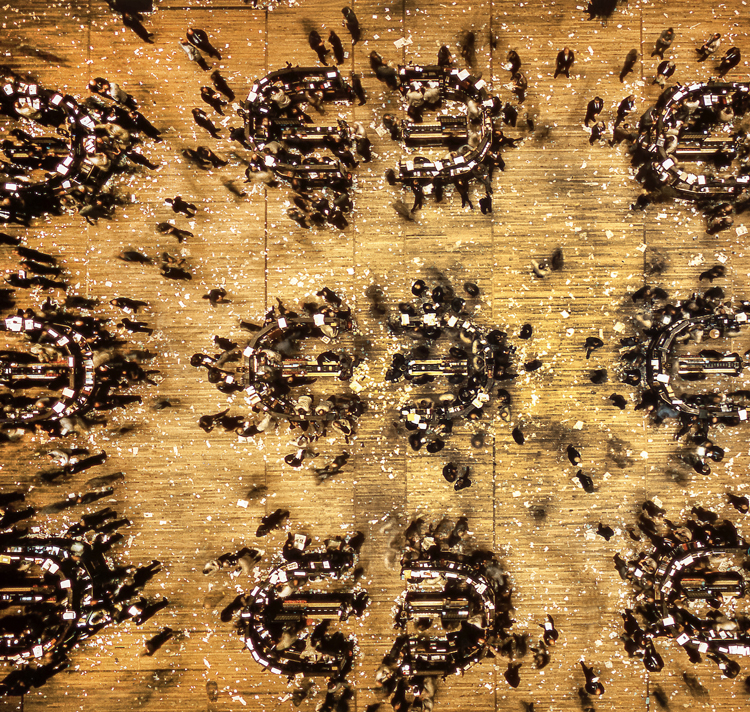 As well as specific locations, Newman would target events – in particular the San Gennaro Festival in Little Italy. “It was just waiting to be photographed,” he says, recalling the food, the lights and the crowd. “Some things were just made for colour and at that time [in the 1950s] they had opera singers who sang at the festival. It was when the Italians lived in Little Italy and they really owned that neighbourhood.”Many of New York’s famous landmarks were avoided by Newman in the book but one that stands out is Wall Street, which was shot for a magazine photo essay in 1958. “I saw these shafts of light that came down and I wanted to capture the atmosphere it created,” he says, seeing a symmetry between the way the floor of the stock exchange was lit to that of a theatre stage. “What really made the difference was photographing later in the day when the light is just coming through the tall buildings and is a bit more orange.”

They told me there was a hole in the ceiling and once I saw it, I figured I could take a spectacular photo… it was like the nerve centre of capitalism

Newman’s visit also resulted in one of his favourite images – a bird’s eye view of the trading floor. “They told me there was a hole in the ceiling and once I saw it, I figured I could take a really spectacular photo from there,” he recalls. “The exposure time was something like five seconds, using only natural light and a wide angle lens and you get some solid people while others are moving. It’s like looking at the nerve centre of capitalism.”

During his career, Newman visited other destinations across North America, including Las Vegas, California, Alaska and many lesser-known, smaller towns, with selected images appearing in the book. He also specialised in sports photography for a period, working for Sports Illustrated among others and has included his work from 1950s baseball and basketball games, with shots from his time spent with a young Muhammad Ali. But it is New York that remains his true focus. “It’s my city, I knew it and it was accessible to me,” he says.

There’s clearly something about New York that meant he – and many others like him since – have never tired of photographing it. “There’s a lot of action, so much going on – just look at places like Times Square,” he says. “It’s got that big city vibe. Walk around Manhattan at lunchtime and you get that surge with all the crowds going in and out of the buildings – or walk past the Diamond District and you’ll see people of all nationalities.” 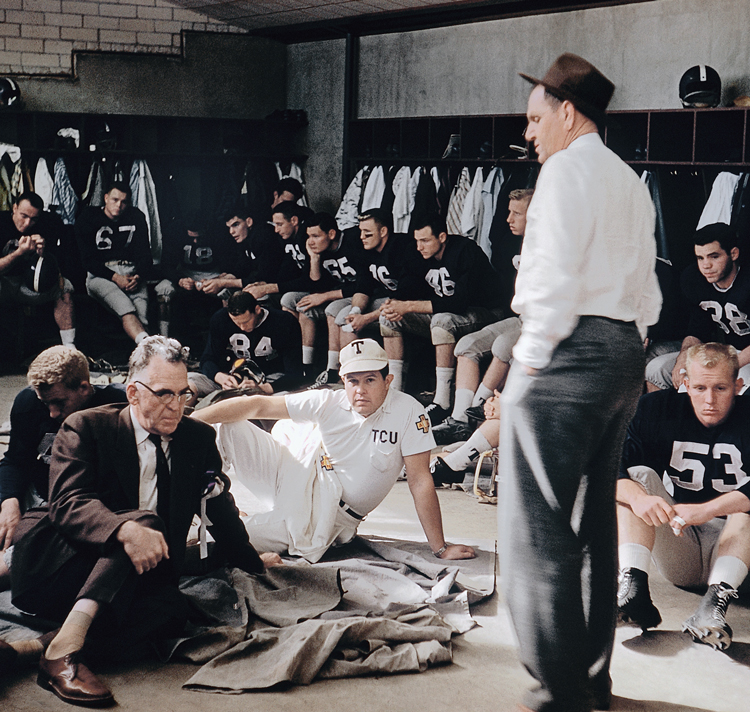 And as his huge collection of photographs proves, taken over many years, New York is a city in constant development. “There are new buildings going up all the time and the people that live here, the demographic, is always changing – that might be it. It doesn’t stop. It’s something that’s ongoing and evolving. When you go out, there’s always something new to catch your eye. It’s just a part of life here.”