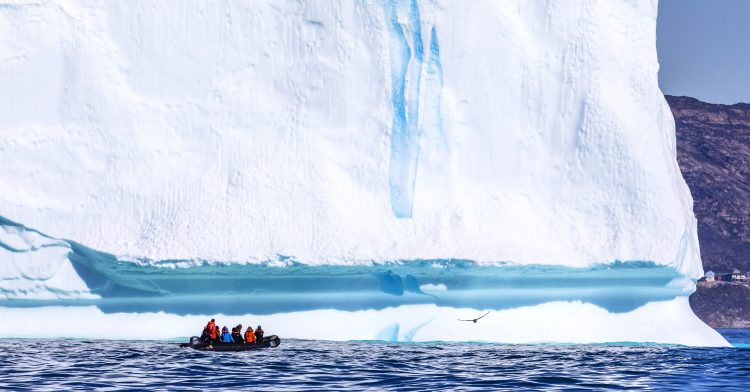 Standing on a gorse-strewn bluff looking down on one of the world’s great natural wonders, it’s hard to conceive of how something so beautiful is so totally unknown.

In terms of exposure, it’s the very antithesis of the world’s traditional sites: the Pyramids of Giza, the lost city of Petra, Macchu Pichu, all photographed, consumed, hashtagged and tweeted to the point where the real thing is often no match for the image in your head.

Not so the Ilulissat Icefjord, a mammoth and mind-boggling procession of ice, slowly making its way into the Davis Strait on the western reaches of Greenland. The huge chunks of ice, drifting past at a rate of 40 metres a day, are calved off by the legendary Sermeq Kujalleq glacier, 40km to the east. It’s believed that the iceberg that sank the Titanic in 1912 came from this glacier, but in terms of lifespan that’s nothing. Some of the ice floating here is more than 250,000 years old; it’s nature at its most  raw and primal.

A few kilometres away, anchored in Disko Bay, is the National Geographic Explorer. Originally an expedition ship, it has been fitted out to cater to the demands of the 21st century tourist. This Lindblad expedition is at the edges of the luxury tourism market – a place where the one per cent forgo private pools and beachside manicures for a hike through untouched tundra and whale watching at the top of the world. 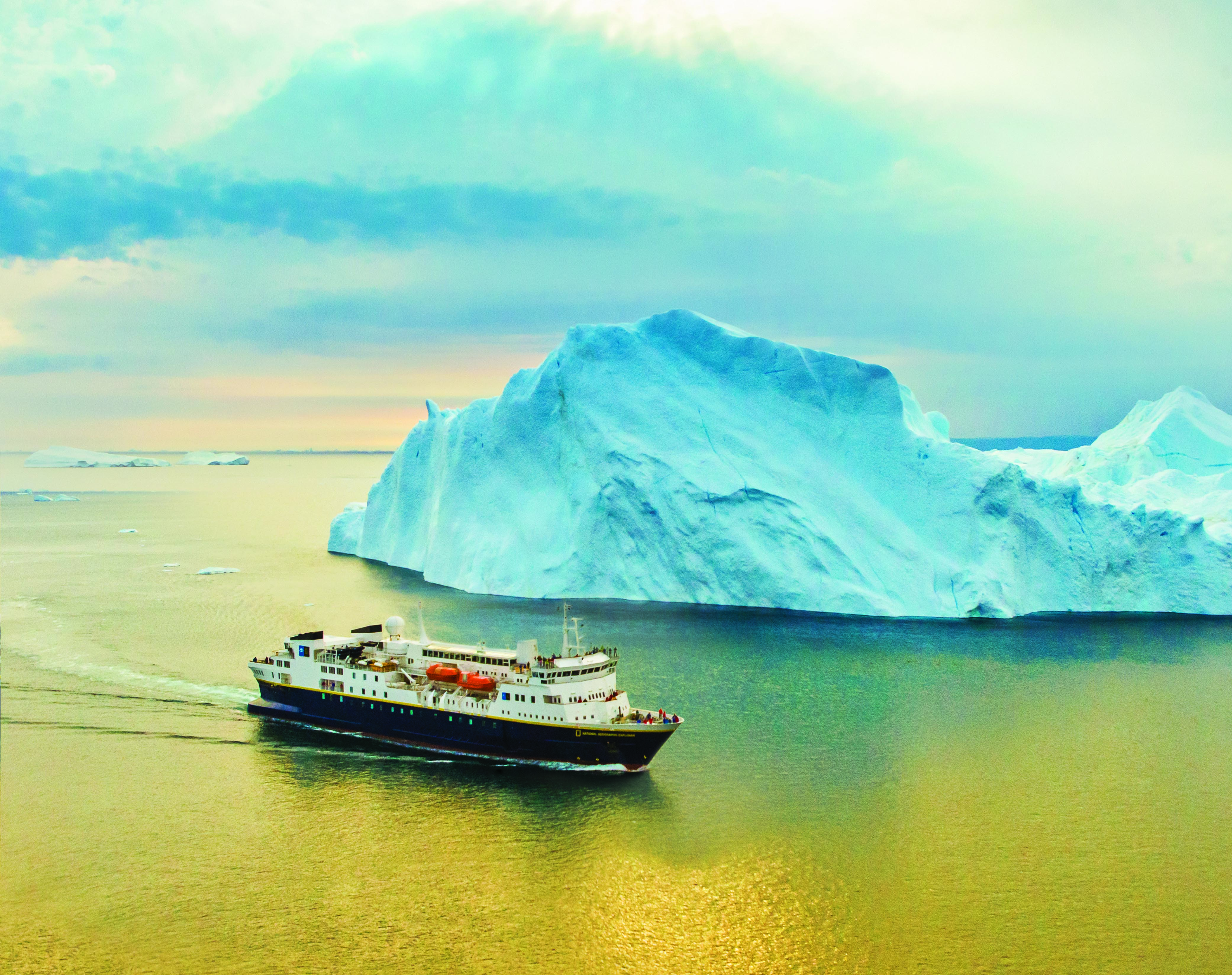 But this is no cruise, and the ship is staffed with highly trained biologists and scientists, photographers and historians; a team that can help people understand what they are seeing and why. This type of educational travel has become something of a trend, and this year has seen trips to the Galapagos Islands led by the evolutionary biologist Richard Dawkins, as well as by renowned author, psychologist and linguist, Steven Pinker and his wife, Rebecca Goldstein, a novelist and philosopher.

When presented in those terms, it’s difficult to argue with the benefits of such a trip. The volcanic archipelago in the Pacific is where Charles Darwin arrived at his theory of evolution, and a select group got to walk in his footsteps – for a price – hosted by some of the world’s foremost experts. What could be better than that?

But while a trip promoting a greater understanding of the natural world is commendable, there is an underlying fear that luxury and edge-of-the-world danger could eventually coalesce into some outrageously expensive mix. Are we looking at velvet-lined helicopter trips over the Amazon, with David Attenborough live-narrating through an intercom? Or perhaps a Segway trip through Panama’s perilous Darién Gap?

Regardless of the industry end-game, there is now an undeniable desire for more from our travel experiences. Attitudes are changing and what used to be classed as unique has become the norm. New York was once a byword for the trip of a lifetime, but for many it’s now just another metropolis, dotted with global brands and countless selfie-stick wielding tourists. Sure, you can book a suite in Waldorf Astoria, but you can book stunning suites from Shanghai to Rio. Cities have become a series of branded objects and retail destinations, one much like the other. Trafalgar Square? The Empire State Building? The Colosseum? Seen it, done it, posted it online. 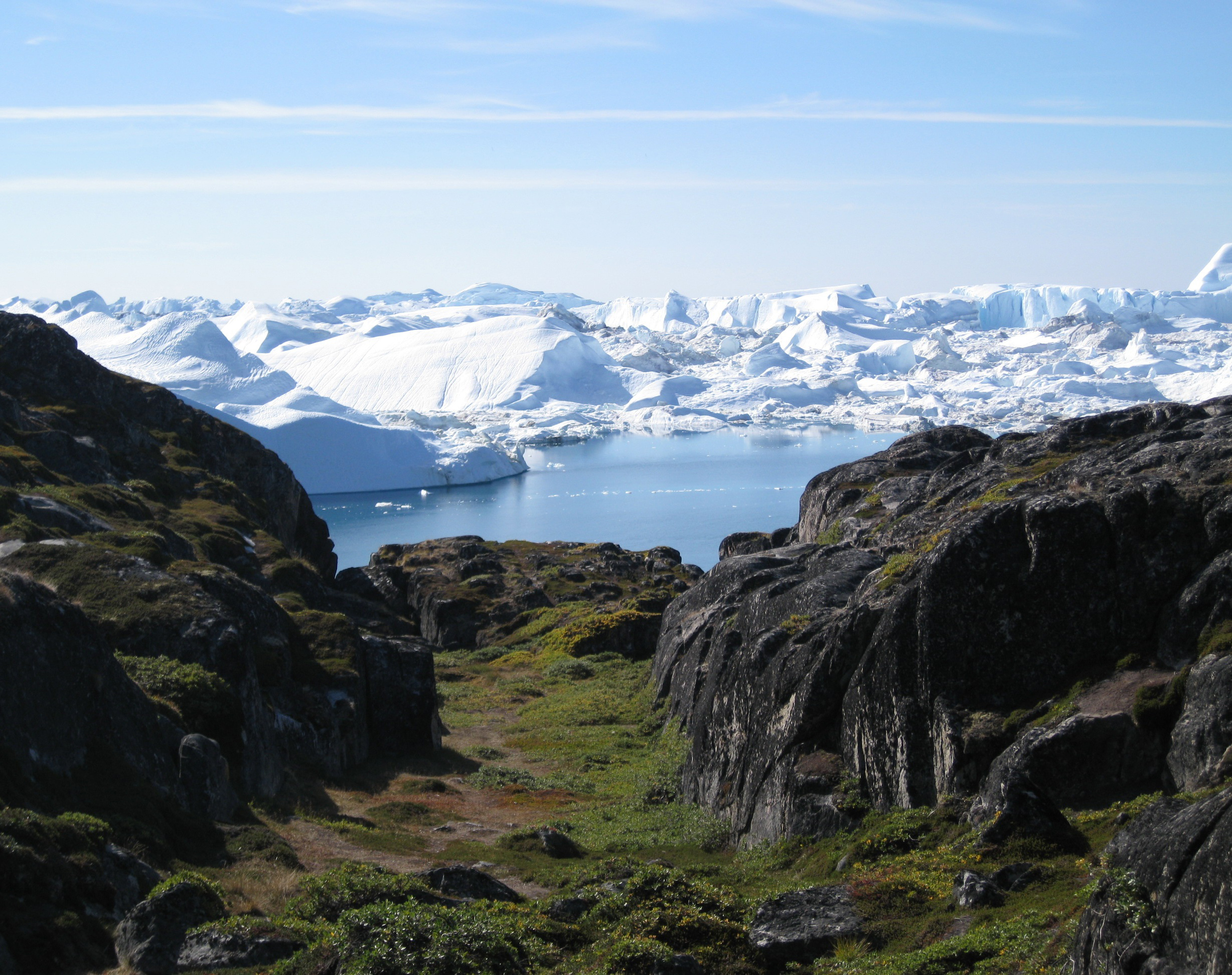 In comparison, back on board the Explorer and sailing up the Davis Straight, we have Greenland’s ragged, brutal shoreline to the east, the occasional blue whale breeching, and a procession of icebergs interrupting the poker-flat sea. There’s not another tourist, indeed not another human, in sight.

Some, of course, would consider this cheating. A bourgeoisie attempt at extreme travel – adventure made easy. Historically, this type of trip would result in one of two things: death or fame. Death, if it did come, would be prolonged and gruesome. Fame would be – just about – worth it. The first explorers who visited the Arctic – rugged, slightly mad men – were amazed. How to explain the Northern Lights, or the giant white bears, or the days and nights of darkness? When the Greek sailor and explorer Pytheas arrived in 325BC, he described the frozen sea as “curdled”, and on his return to Greece was promptly regarded as a fantasist. No one, it was thought, could survive these “uninhabitable reaches”, if they even existed in the first place. The boundaries of fact and fiction were often stretched during the early years of Arctic exploration, not helped by the fact that those in the west couldn’t comprehend its vastness or, in their eyes at least, its strangeness. On an expedition in the 17th century, French author Pierre Martin de la Martiniere wrote: “Nearly all those who live above the Arctic Circle are sorcerers, who control the winds at will.” Thankfully, by the 19th century such fantasies had become less prevalent and the first tourists began to trickle north. Some sailed private sailboats north of Alaska, while others took part in the first tour groups, exploring Svalbard and the regions north of Norway. At this time, simply being able to see what lay north of the Arctic Circle was perceived as luxury.

But while tourism might have existed even then, the majority of Arctic travel was based on covering ground, planting flags and reaching peaks. It was about endurance and sacrifice, and it didn’t always end well.

In the meantime, the masses were basking in the glow of the great tourism boom of the 1950s and ’60s, generally seen as two weeks away for summer and starring a beach location billed as the height of luxury. With the advent of cheaper air travel, it morphed into a series of weekend breaks in cities across the world and then longer, ‘experiential’ adventures.

The choice that now exists has, unintentionally, created a hierarchy of travel. There’s the classic tourist, who visits cities for a week or two; the backpacker, who travels for a year but barely survives on a budget; and the traveller, who wanders the globe at will, with no itinerary or plan other than to credibly experience the world.

You could say that one aim of the new breed of luxury travel is to make tourists feel like travellers. Lindblad is not the only company taking this route. A company called DNA Unwrapped takes your DNA test and then tailors a trip based on the results. Or, if you’re feeling guilty about being part of the one per cent, a 1,300-acre nature reserve in Nicaragua – the Nekupe Sporting Resort and Retreat –combines luxury (Michelin-inspired meals, a high-end spa) with the knowledge that the resort practices sustainable tourism and safeguards an area once prey to slash-and-burn agriculture.

According to Sarah Kennedy Ellis, VP of global marketing at Sabre Hospitality Solutions, this is a big driver of luxury travel right now. “We see guests moving beyond traditional ideas of status and embracing highly-bespoke travel opportunities that focus more on the individual traveller’s personality and values and less about expressing opulence.”

Of course, you can’t hide from the fact that this is a rather more genteel form of adventure. On board the Explorer, an expedition it might have been, but we weren’t exactly braving the realities of Arctic travel. Problems were less rationing and wondering how we would survive the temperature drop, and more about whether there would be chocolate mousse for dessert (there was). Meanwhile, in-cabin TV has the latest Hollywood films, a variety of National Geographic documentaries and a daily turndown service. This is exploration that comes with a branded dressing gown and headed notepaper.

But home comforts or not, we were present in the Arctic, braving sub-zero temperatures and viewing icebergs. Must a person suffer hardship to be recognised as authentic travellers – and should we even care? 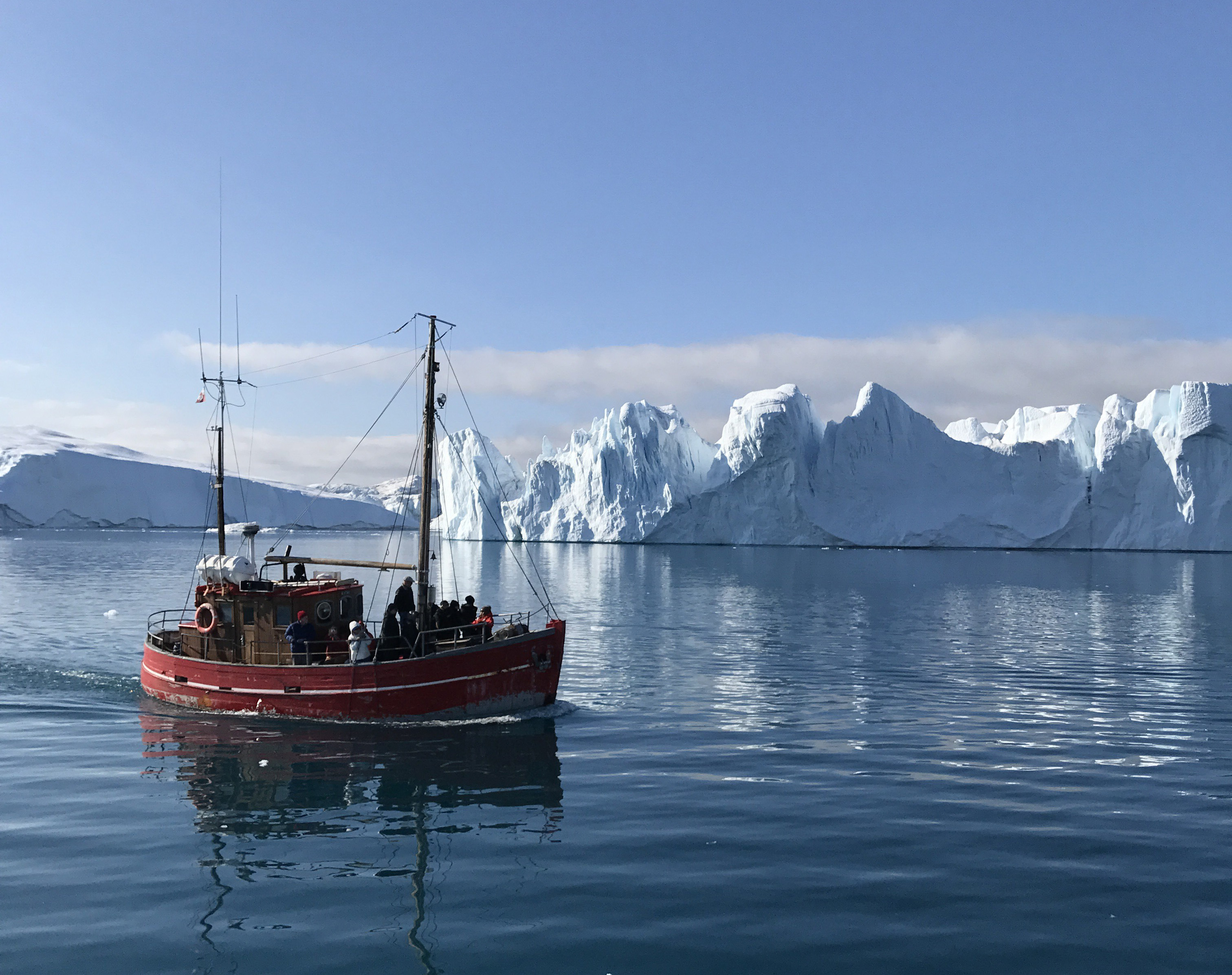 The philosopher Alain de Botton says we need to be clearer about why we choose to travel in a certain way. “In the future, we would ideally be more conscious about it – aware that we were on a search for places that could deliver psychological virtues such as ‘calm’ or ‘perspective’. A visitor to Monument Valley in Utah wouldn’t just be in it for a bit of undefined ‘adventure’, something to enjoy and then gradually forget about two weeks later; travelling to the place would be an occasion fundamentally to reorient the personality. It would be the call-to-arms to become a different person; a 5,000-mile, US$4,000 secular pilgrimage properly anchored around a stage of profound character development.”

Our psyches are certainly enriched by the fact that our experiences are no longer just experiences, but content too. We filter and distribute what we see through social channels such as Instagram and Facebook. This is why the storm, which arrived on the final evening, was so welcome. It was weather as an event, and as content. People could tweet: ‘Survived an Arctic storm!’ and bathe in whatever reactions they got. We consumed the storm and handed it to the masses.

But it developed us as people, too. We are better human beings for having seen a blue whale breech, and for having been tossed around in a violent weather event off the coast of Greenland. Certainly our post-trip stories will be better, and therefore so will the experience of our future dinner guests. If travel, like everything else in 2017, is a commodity, then why not consume it as such?

For now, luxury experiential travel shows no sign of abating. You can train as a cosmonaut if you have US$89,500 to spare, or descend into the magma chamber of a dormant Icelandic volcano. With manned missions to Mars looking like a real possibility, too, the Red Planet will surely be up next for the intrepid – and wealthy – traveller.