This eclectic neighbourhood is tethered to the man who led India to independence from British rule. Ellisbridge’s namesake arched bridge is where Mahatma Gandhi announced his historic Salt March in 1930, and its MJ Library hoards some 7,000 books donated by him. It’s also where the story of modern day Ahmedabad begins, thanks to said bridge, which expanded the city beyond its ancient walls and links Sabarmati River’s east and west banks.

Despite three attempts to pull it down, and corroding steel piers, it’s still standing. This resilience and reinvention is a metaphor for the neighbourhood itself, which has held on to its heritage whilst playing its part in Ahmedabad’s ‘megacity’ metamorphosis.

A sizeable chunk of the city’s US$200 million riverside project resides here, which has reclaimed an 11km stretch of Sabarmati’s banks, dubbed the “Thames of India”. The once shanty-lined and sewage-clogged waterway is now abuzz with walkers, runners, skaters, and yogis on its lower level bi-promenade – beautified with saplings, sleek benches and street lamps. It’s also an unlikely sustainable wetland, attracting wading greater flamingos and species like the purple heron, kingfisher and painted storks.

For more green oases, take your pick from the area’s clutch of public parks like Parimal Garden, Rasala Nature Park and Riverfront Flower Gardens. Refresh with gola (a crushed iced dessert) or refuel on Amdavadis favourite street food; jalebi fafda, before exploring the neighbourhood’s medley of mosques, markets, temples and havelis aka traditional Gujarati houses. Whether it be the centuries-old miniature paintings at Lalbhai Dalpatbhai Museum or Ellisbridge’s weathered colonial relics, the legacy of the Mughals, Jains, Marathas and British, who lived or colonised this UNESCO World Heritage city at one time or another, lives on… 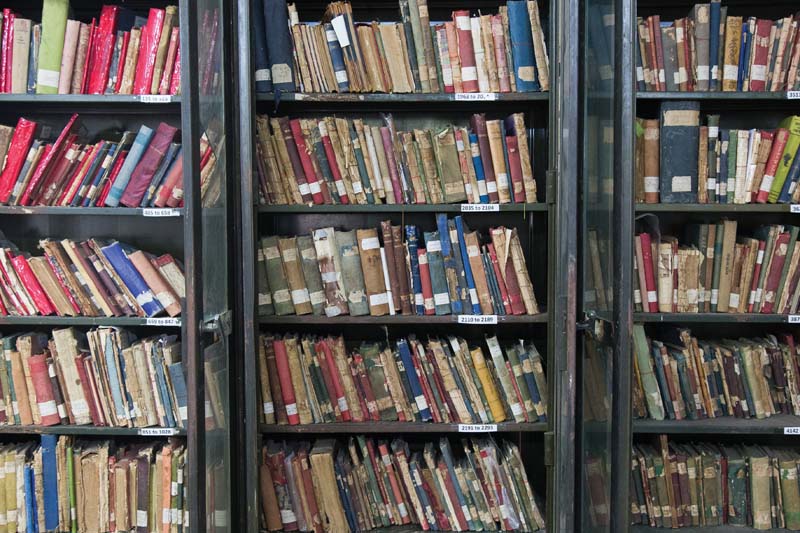 Step into the city’s literary heritage at this dome-roofed colonial landmark, which owes its very existence to Gandhi. Bibliophiles can pore over 750,000 books and indulge in India’s favourite pastime, newspaper reading – with some 30 different ones to leaf through. Hugging a 1km-long-stretch of the Sabarmati River (from VS Hospital to Sardar Bridge), this bike-friendly park blooms with 330 native and exotic flower species set around a serene lake. Eye-popping flower sculptures, from bullet trains to peacocks, draw the crowds in January as part of their annual festival. 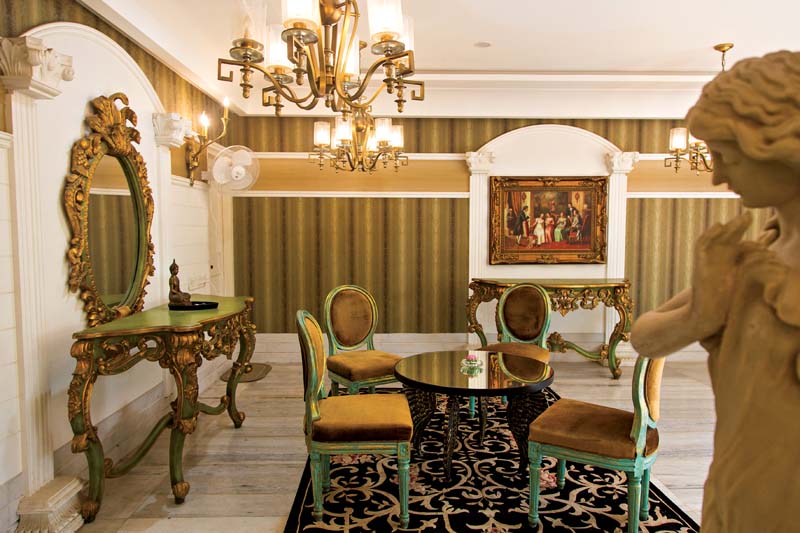 Walking past this baroque-styled villa, you’d never know it was a two-storied horological hideaway, dripping in precious-stoned timepieces and antique clocks collected from the world over. Starting with the ground floor’s ‘history of timekeeping’ exhibit, work your way upwards to owner and watchmaker Shilpa Choksi’s bespoke creations. The talented Amdavadi’s clients include Bollywood royalty and actual royalty like the Prince of Udaipur. If your pockets don’t stretch to a ruby and sapphire-studded bracelet watch, there’s some very reasonably priced costume jewellery too. 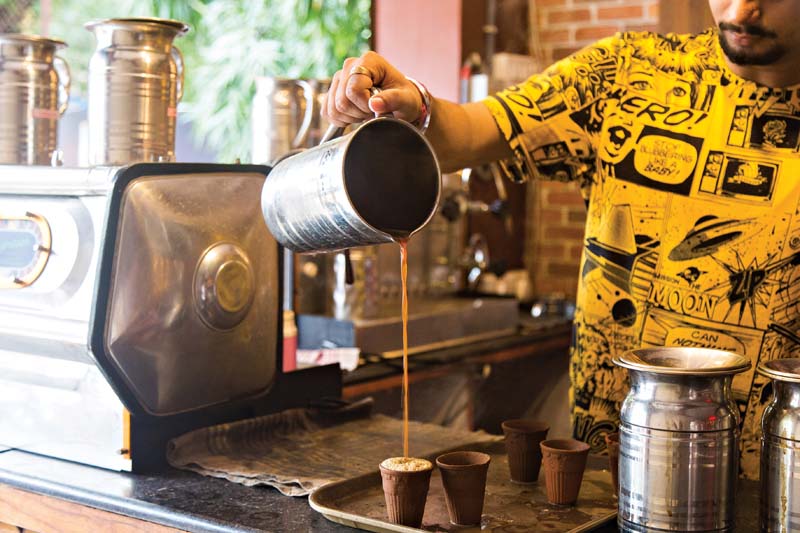 This hipster-coffee-shop-meets-local-tea-seller is a real social entrepreneurship success story. Chai may be India’s favourite brew, but making a living as a chaiwala is frowned upon – a mind-set that Anubhav Dubey and Anand Nayak were bent on changing. The 20-something-year-old friends bankrolled the first Chai Sutta in their home state of Indore. Three years later and Ahmedabad is one of 24 branches staffed entirely by disadvantaged locals who learn on the job. Steaming hot chai in flavours like ginger, cardamom, tulsi and rose are served up in handle-less biodegradable ceramic cups called kulhad – a boon for the local pot making community. 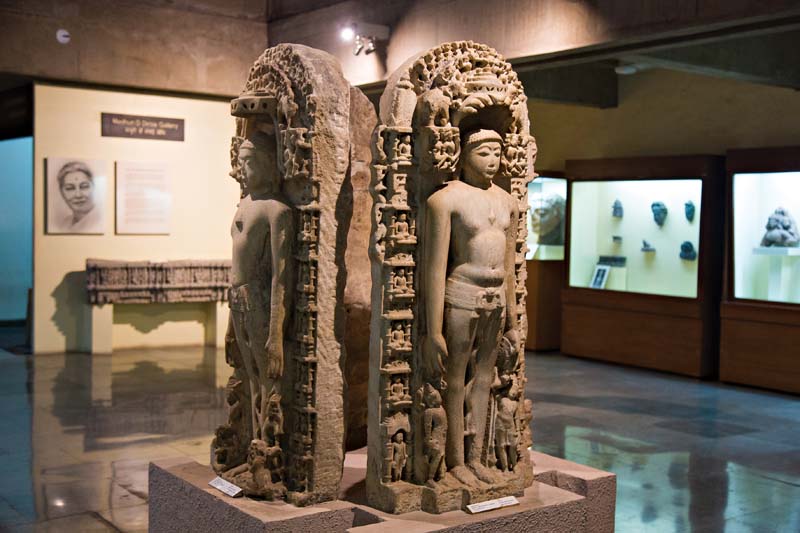 The lovechild of a celebrated industrialist and a monk, this major repository of Indian art certainly lives up to its scholarly university campus address. From beadwork to bronzes, terracotta to textiles, the four-century-old museum’s trio of galleries warrant a full afternoon, and that’s before you’ve started on its 75,000 Jain manuscripts – the largest collection of its kind. These, along with rare coinages and statues dating back to 2nd century BC are restored in its onsite conservation lab. If you’re here over the weekend, there’s a free, guided tour at 11am every Sunday. More than just another shop selling hand-embroidered apparel, this not-for-profit is popularising indigenous weaves and empowering 3,000 wo-men in the process. These artisans or kaarigars hail from 120 villages in rural Kutch; Gujarat’s textile hub, where they work from home crafting Shrujan’s dresses, belts, scarfs, waistcoats, cushion covers and wall hangings. Prices range from $11 for a mobile cover to $3,000 for a heritage range sari, which can take up to a year to complete. Thanks to Shrujan Trust’s research wing in Kutch’s Living and Learning Design Centre, there’s every chance all 50 of the region’s embroidery styles will be preserved for generations to come. 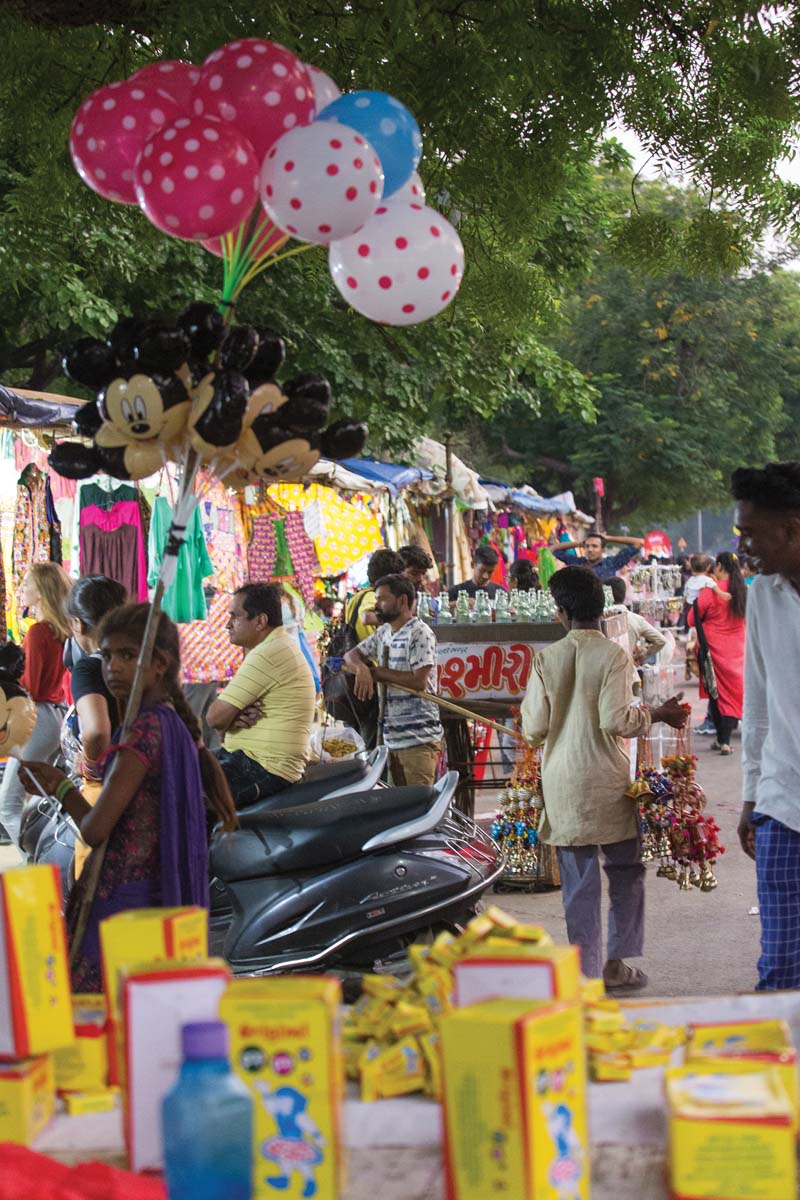 Know your cholis (sari blouses) from your chaniyas (long, wide traditional skirts) when you haggle at the city’s most colourful bazaar, named after nearby Gujarat Law Society College. The adjoining park – endowed with gazebos, lily ponds and arched bridges, is a great place to take a breather from the clamour of the market. If you’re curious but not quite ready to brave Indian street food, this all-veggie restaurant is a good compromise. Skip the upstairs fine dining iteration in favour of no-nonsense fare in its canteen-styled ground floor, where locals pile in and the Gujarati snacks pile up. Try Swati’s take on falafel and pizza or stick to house favourites like gatte ki sabzi and dahi batata puri, leaving room for paper dosas as long as your arm! If tapas-style isn’t for you, order Swati’s signature dish: panki chatni (around $3 for three pieces). Based on a Jhaveri heirloom recipe, these fermented rice pancakes unfurl from steaming banana leaves, straight onto your plate. 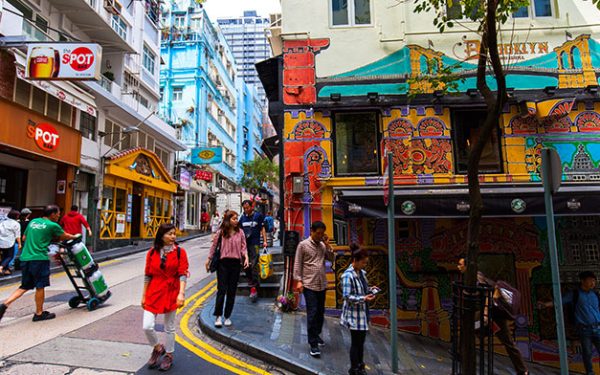