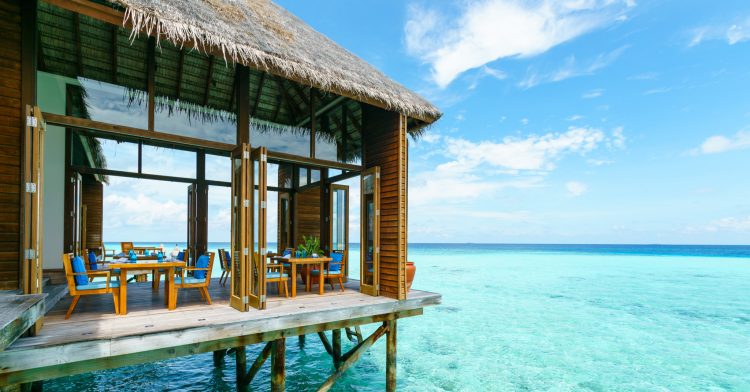 You probably know Conrad Maldives Rangali Island because of Ithaa, the restaurant that’s 16 feet below sea level and that has been its show-stopping attraction since 2005.

But to define it by its underwater enterprise would be reductive. After all, this is a resort that has been named the world’s best twice – and that’s with very good reason.

The cynic in you might consider its popularity down to a simple but sensible separation policy. You see, once off the seaplane and down the 1,600-foot jetty, families turn right – to the adjoining Rangalifinolhu Island – and couples go left, for a more grown-up affair on the water villas of Rangali Island

A recent US$3.2 million villa refurb has helped, too, not to mention impressive use of the stunning natural amenities. Days are filled being pampered at Mandhoo Spa while watching sharks being fed, or swimming with turtles, or enjoying a sunset cruise on the Indian Ocean. Life. Is. Tough.

Get back in time for a five-course degustation menu at The Wine Cellar, a spot of fine dining at Ufaa by Jereme Leung, or a snack at one of the resort’s ten other bars and restaurants. Yes, even the underwater one. 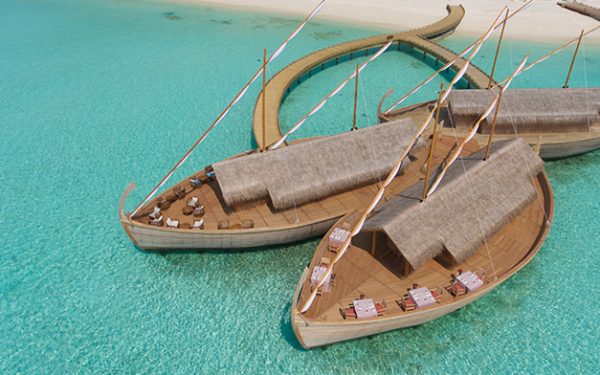