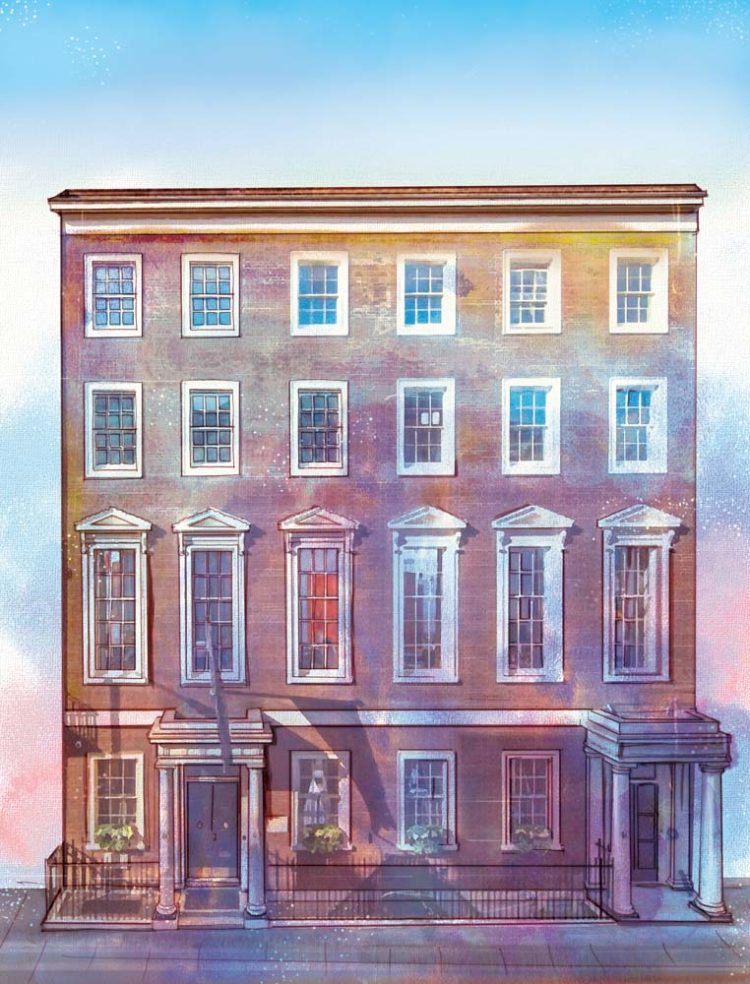 If the cashmere walls of the Arts Club in London could talk, they’d likely have a few stories to tell about pomp, pageantry and potent conversations. It’s true that many notables have passed through the Mayfair abode’s marble foyer and up the winding staircase beneath Tomás Saraceno’s hanging geometric sculpture. But like all private clubs, discretion is everything.

When the Arts Club first opened its doors in Hanover Square in 1863, it served as a secret meeting place for co-founders Charles Dickens, Anthony Trollope, Lord Leighton and friends. The social venue quickly became a sphere for intellectuals to exert their influence and develop their careers. Among its first members were Auguste Rodin, Edgar Degas and Claude Monet, who set the artistic tone early on. 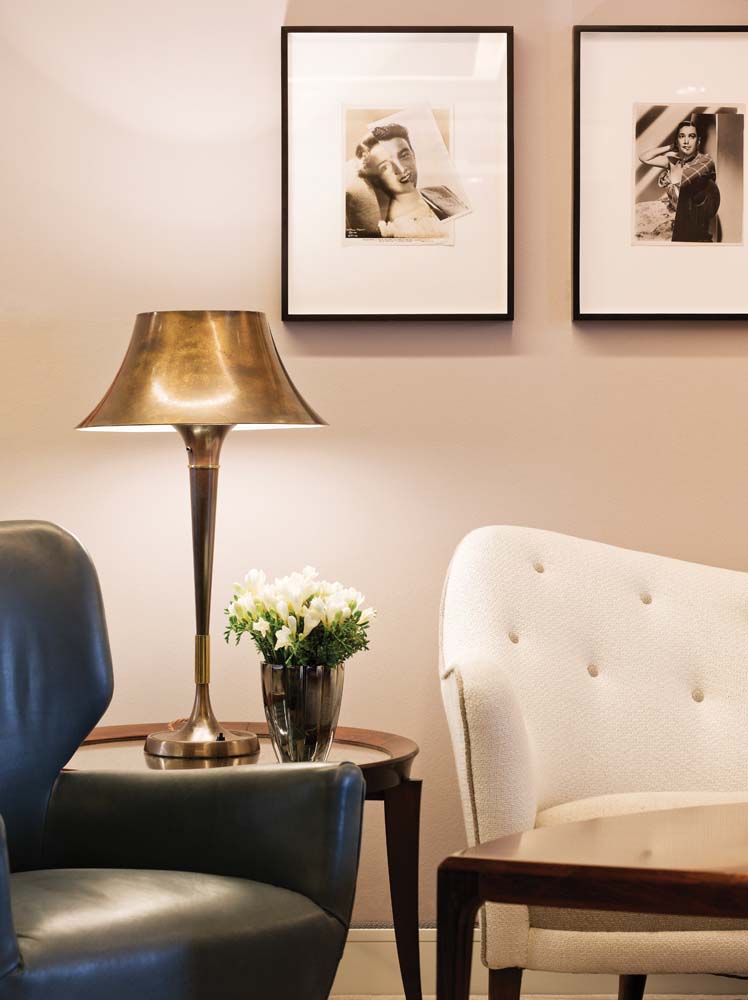 Members-only spaces have long been an integral part of London’s social scene. In recent years, however, they’ve evolved into boundary-pushing hubs for creative thought, leading to an international resurgence felt beyond London’s West End.

“I believe that the revival of club culture is a response to the seismic shift in communication today – email, texting, digital social networks and so on, which remove true human contact,” says Alice Chadwyck-Healey, executive director of the Arts Club. “It’s a natural human instinct to be drawn to people with similar interests as oneself so it would follow that we seek out places populated by kindred spirits.” 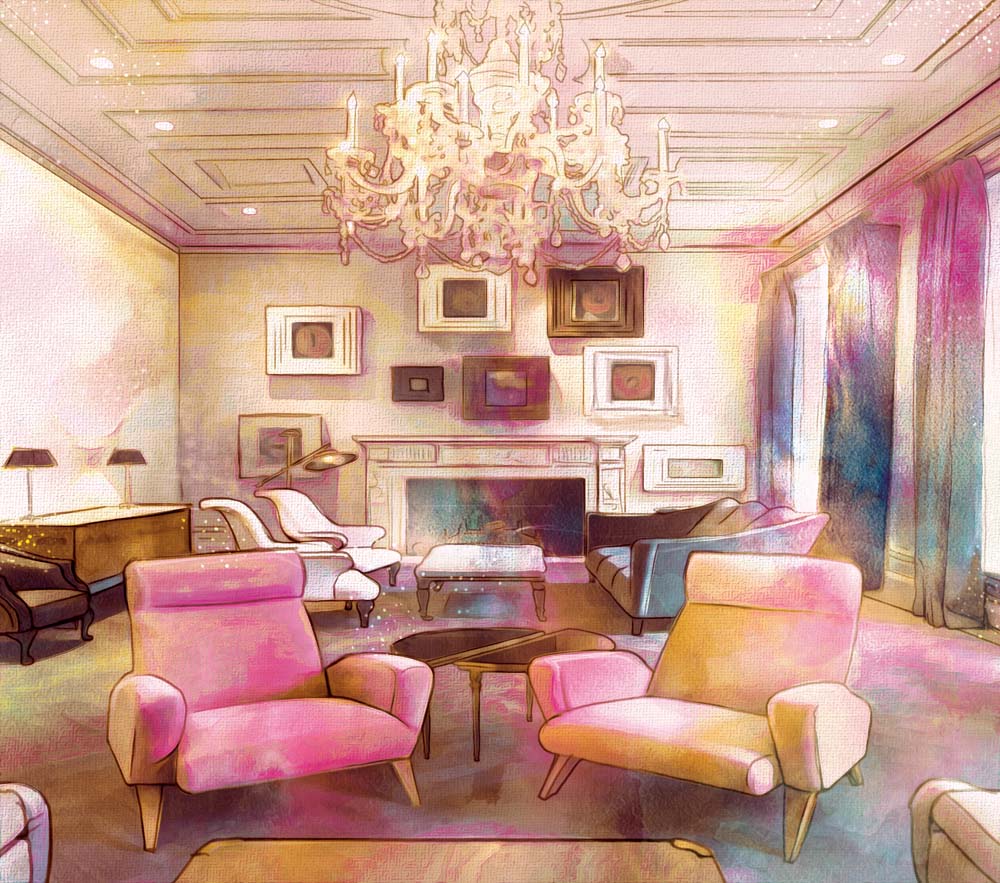 While the clubhouse has since changed address and opened its membership to women, its ethos has survived two world wars and a bombing in the Blitz. Housed in an 18th century townhouse on the affluent Dover Street, it remains one of London’s most revered private haunts – not an easy feat in a city famous for its elitist enclaves. However, it wasn’t until 2011 that the club finally shook its antiquated reputation and solidified a spot on the radars of contemporary movers and shakers, with Gwyneth Paltrow as its creative director to boot.

Following a complete refurbishment of the seven-storey Georgian building, including a new stylish art deco-inspired interior designed by David D’Almada, the Arts Club has entered a new epoch. With its freshly minted hotel and plans to roll out new international locations in Dubai, West Hollywood and Canary Wharf, its relevance shows no sign of waning. After all, every metropolis needs a covert space for magnates to mingle. In London, it happens to be the Arts Club, where Beyonce, Cameron Diaz and Mario Testino are frequently spotted. Despite the paparazzi shots that surface almost daily, its directors and principal shareholders, Indian-born venture capitalist Arjun Waney and property developer Gary Landesberg, stay tight-lipped about their clientele. 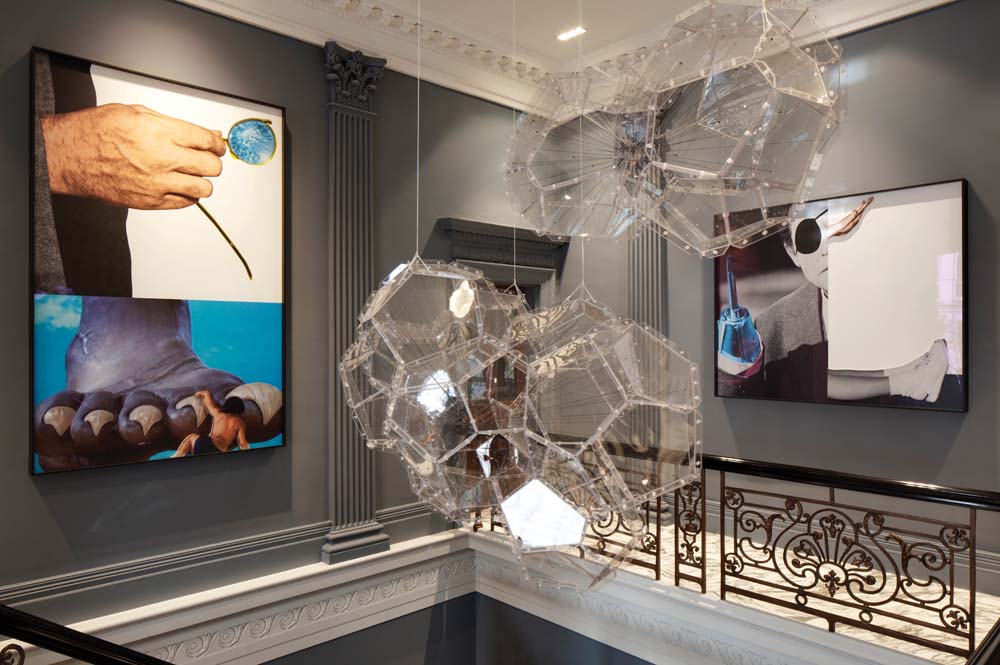 Overseeing the club’s art, music and event programming, Chadwyck-Healey leads a detailed process of scouting talent and finding speakers three to six months in advance. The curatorial team is ever mindful of the establishment’s historical mission of creating an atmosphere that attracts emerging talent in the fields of both art and music. As a result, the Arts Club was one of the first to show acclaimed artists Theaster Gates and Hugo McCloud in the UK while Grammy winner Sam Smith graced the nightclub stage well before he became a household name.

“Sometimes it’s down to good fortune,” says Chadwyck-Healey. “We’d invited Alexandra Shulman to talk at the club some months earlier and it ended up happening two days after her resignation from British Vogue. On other occasions we’ll turn events around in 48 hours to ensure members are absolutely up to date. When news of Greece’s financial collapse surfaced in 2015, we had Nobel Prize-winning economist Joseph Stiglitz in the club addressing the subject to a packed room two days later.” 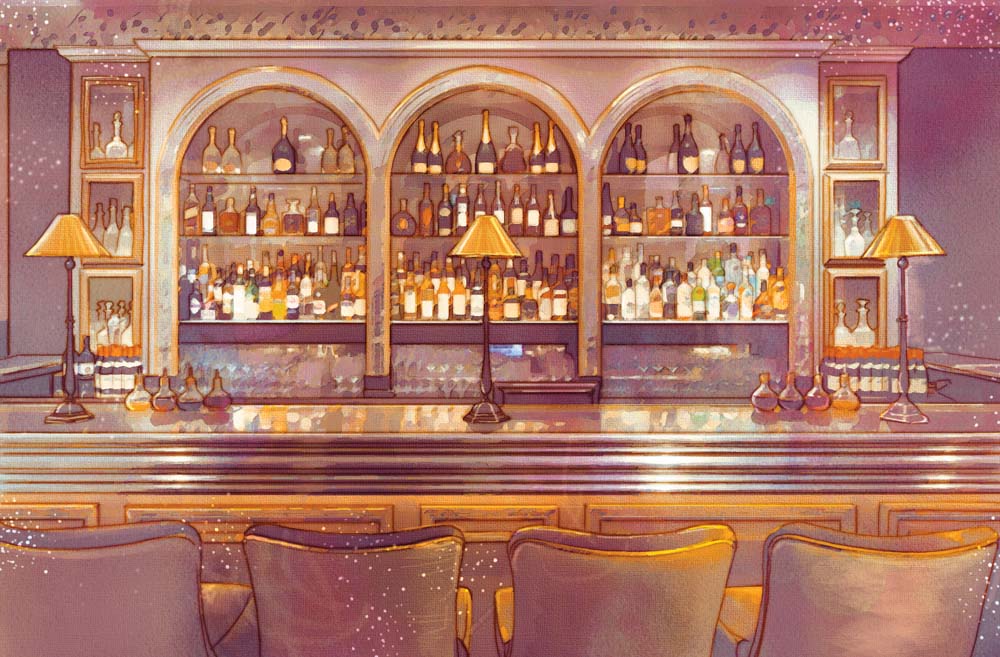 With influential moguls like fashion designer Stella McCartney on the advisory board and artist Sir Peter Blake serving as president, the club’s events and temporary exhibitions are defined by several creative thinkers. The chance to dine next to artwork by Albert Oehlen in the Brasserie and see Dionne Warwick perform in the basement club is not afforded to everyone, though. Membership fees are well above US$1,230 per annum and in order to join, you’ll need two existing members to back your application. There is also a six to nine-month waiting list. Once you’re in, you have access to several inspiring spaces, including a salon, drawing room, library, bar, conservatory and summer terrace.

Even more exclusive is the club’s 16-room hotel that opened in autumn 2015, one of central London’s smallest yet most private boutique accommodations. Only members of the club can book rooms, which are outfitted with artwork, hand-tufted rugs and bathrooms finished in Calacatta Oro marble. Naturally, the biggest draw is having access to the club’s events, allowing guests to sit in on members’ talks. For some, having the opportunity to hear Diane von Furstenberg address a crowd is well worth the nightly rate of US$770. 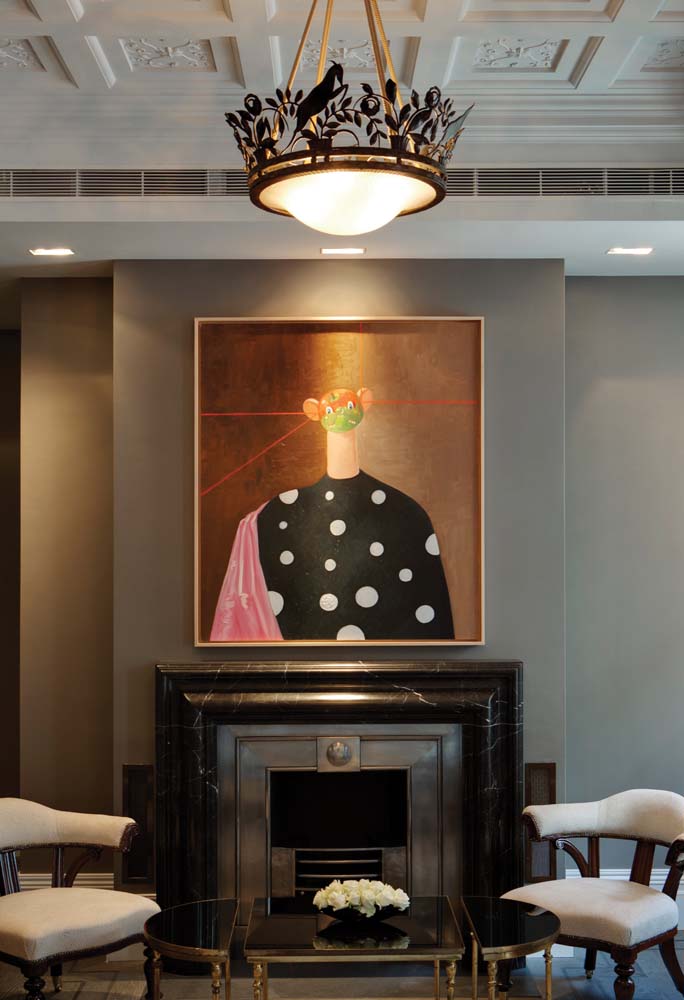 While shaking its fusty reputation, the club has attracted a new generation of young talent. Twin sisters Mandeep and Hardeep Kaur, two west London fashion designers, have used the club to play host to clients and friends since 2013. Among their favourite perks is the ability to visit sister clubs while travelling abroad, including Cercle de l’Union Interalliée in Paris. Other international reciprocal clubs include the Helena May in China, Arti et Amicitiae in the Netherlands and the National Arts Club in New York City.

“We were intrigued by having a space close to us that would be our second home, a place to meet, to work, and on occasion to sit by the fire and read a good book,” says Hardeep.

Even in today’s digital world, having a place to discuss, debate or simply step away from the information tsunami into a quiet corner is essential. People will always seek out good conversation in art-filled spaces. Perhaps Charles Dickens didn’t foresee the advent of online networking when he opened the Arts Club’s doors but his original concept remains relevant. In the best of times and the worst of times, the importance of the human connection prevails.

Arjun Waney is no stranger to Dubai’s culinary scene. The restaurateur behind La Petite Maison and Zuma now has plans to open an Arts Club location in the city of gold. The development will be designed by London-based Foster and Partners, the same architecture firm behind Dubai’s newest 53-storey crystalline skyscraper with views of SOM’s Burj Khalifa.

Actress Gwyneth Paltrow, an Arts Club advisory board member, will be opening a West Hollywood branch with partners Landesberg and Waney. The initial renderings of the 132,000-square-foot-venue on Sunset Strip by architecture firm Gensler features a spa, gym, rooftop pool, art gallery and helipad.

The Quay Club, a multi-million dollar floating private club, will soon open its doors in London’s business district of Canary Wharf. Landesberg and the Waney family will be working with Japanese architect Aoki Jun on the development, which is said to feature a restaurant, members’ lounges, gym, treatment studio and open terrace overlooking Middle Dock.