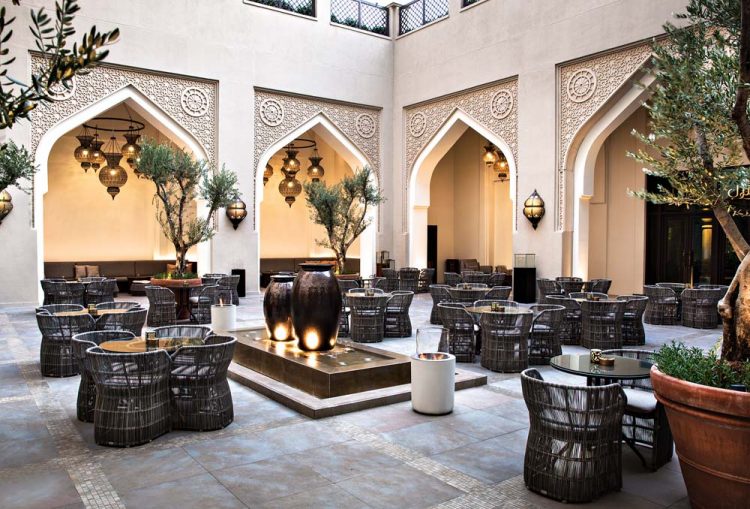 Head out of the Dubai Mall, past fountains sending plumes of water into the air, stalls of trinkets at Souk al Bahar – maybe a brief segue to cruise down the public slide overlooking Burj Park – and you’ll reach Manzil Downtown: a boutique hotel slap-bang in the middle of some of the city’s most recognisable landmarks.

Managed by Vida Hotels and Resorts, the four-star property manages to evoke a homey feel even whilst in the midst of the city, thanks in large part to its staff.

From waiters to front-of-house, the team are all incredibly friendly – we see one of the managers taking selfies with a family over the breakfast buffet – and it’s the kind of place where everyone seems to know everyone.

The hotel has 197 rooms and suites – request in advance if you’d like one with views of Burj Khalifa – which are contemporary Arabesque in design and equipped with modern facilities including 42-inch flat-screen TVs and Nespresso machines.

After taking in the poolside skyline, the property has a few restaurants to try out. Nezesaussi Grill – short for New Zealand, South Africa and Australia – offers steak imported from one of its monikers, as well as classic pub food, and live TVs that screen every major sporting event.

Boulevard Kitchen is the signature restaurant and focuses on Levantine cuisine but a dining highlight – should you happen to be there over the weekend – is the Friday brunch. Held in the open-air courtyard, with canvas canopies overhead, it is one of few spots  in the city with an all-night license, and thus has become something of a social haven.

Come for the salmon with parmesan foam, and stay for shisha until the early hours of the morning: fairy lights flickering, Arabic chatter floating across the courtyard.

For location, Manzil is second to none, situated a short walk from Burj Khalifa and the Dubai Mall. But for a more unexpected stay, head to some of the less recognisable spots in the area. Ting Irie is a popular Jamaican haunt just down the road, and Dubai Design District (d3) is just a short cab ride away – replete with independent cafés and curated stores and galleries. Five more minutes and you can spot flamingos in Ras Al Khor Wildlife Sanctuary.

FROM US$151 PER NIGHT / vidahotels.com/en/manzil 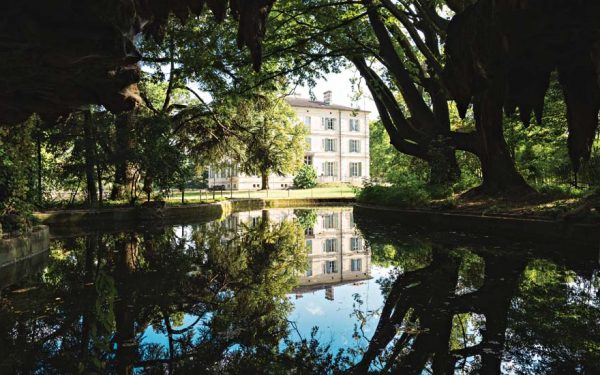